France has threatened to cut Britain’s power in a dramatic escalation of the bitter row over Jersey fishing permits.

Europe minister Clement Beaune engaged in the extraordinary sabre-rattling as he accused the UK of failing to implement the Brexit deal.

Paris was infuriated when Jersey only granted licences to 12 small French boats out of 47 applications this summer – with warnings that vessels could mount a blockade.

Mr Beaune went further this morning, pointedly observing that the UK depends on energy exports across the Channel.

‘Enough already, we have an agreement negotiated by France, by Michel Barnier, and it should be applied 100 percent. It isn’t being,’ he told Europe 1 radio. 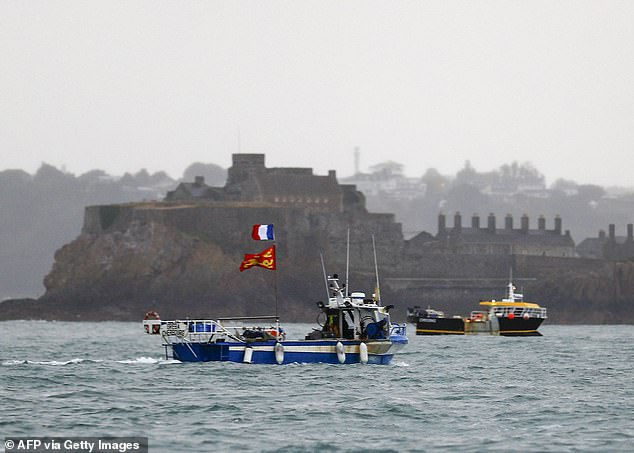 France has threatened to cut Britain’s power in a dramatic escalation of the bitter row over Jersey fishing permits (pictured, French boats protest off St Helier in June 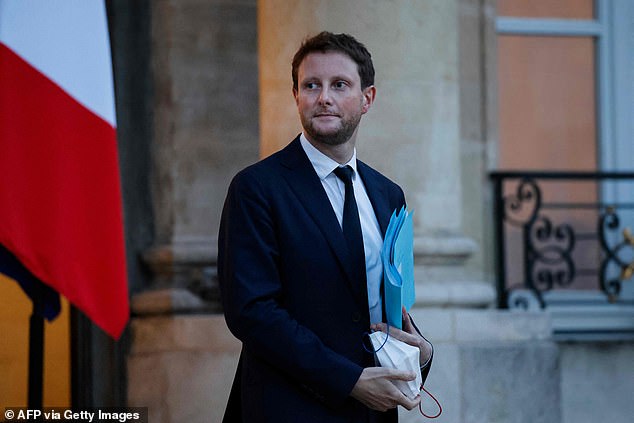 ‘In the next few days, and I talked to my European counterparts on this subject yesterday, we will take measures at the European level or nationally, to apply pressure on the United Kingdom.’

He added: ‘We defend our interests. We do it nicely, and diplomatically, but when that doesn’t work, we take measures.

‘For example, we can imagine, since we’re talking about energy, … the United Kingdom depends on our energy supplies,’ Beaune also said. ‘It thinks that it can live all alone, and bash Europe.’

Fishing rights were one of the key battlegrounds between Britain and France in their post-Brexit negotiations.

Earlier this year, a dispute over the licences led both France and Britain to send patrol vessels off the shores of Jersey, which is a self-governing British Crown Dependency.

Diplomatic relations between the countries have hit a low point in recent weeks.

Britain says the majority of the vessels were denied licences because they failed to provide evidence that they had fished in the six-to-12-mile nautical zone in the years before the UK’s referendum on leaving the EU.