Fraudster, 24, who stole £36,000 from his own parents and spent cash on luxury holidays, Ed Sheeran concert and designer clothing is jailed for five years 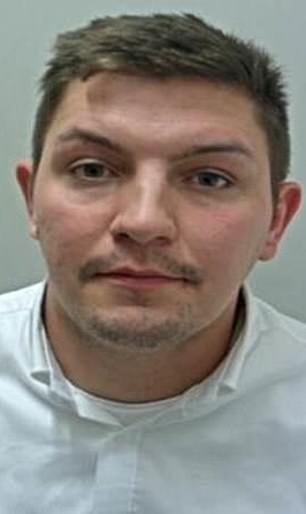 Wayne Skinner, 24, (pictured) was ‘addicted to a lifestyle beyond his means’ when he took the funds from several loved ones – including his mother, father and girlfriend’s grandmother

A fraudster who stole £36,000 from his own family to splash on plush holidays has been jailed for five years.

Wayne Skinner, 24, was ‘addicted to a lifestyle beyond his means’ when he took the funds from several loved ones – including his mother, father and girlfriend’s grandmother.

Skinner, from Blackburn, wanted to maintain the image of a ‘wealthy young man with an extravagant lifestyle’, a court heard.

He spent his ill-gotten gains on holidays to the Middle East and Africa and tickets to an Ed Sheeran concert – among other things.

Skinner spun a web of lies to try and get out of trouble, concocting stories about his brother having a heart attack and his brother being in ICU following a car accident.

Appearing in the dock at Burnley Crown Court yesterday, Skinner was jailed for five years and seven months.

He was convicted of six counts of fraud by false representation, perverting the course of justice and theft by an employee.

Judge Sara Dodd told the court his offending was unveiled when he was suspended from his job at his ex-girlfriend’s father’s aerospace company.

He was caught in his work vehicle while disqualified from driving.

Judge Dodd said: ‘By late 2017 your dishonesty began to surface. By this time you had been stealing from the company for about two years.

‘On December 21, 2017, you told your boss that you couldn’t go to work as your mum had a massive heart attack.

‘However, that was the date in fact that you were court being convicted of an offence of drink driving.

‘You were disqualified from driving but continued to use the vehicle.

‘That vehicle was ultimately seized on March 20 and your employer became aware that you had been driving it while uninsured. 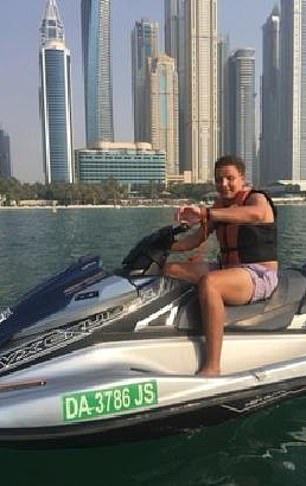 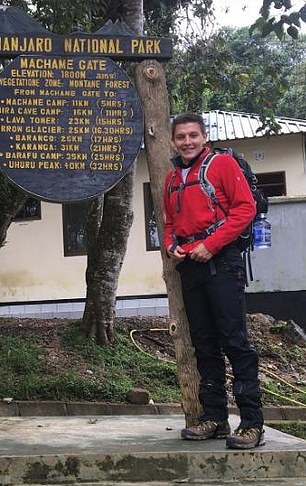 Skinner (pictured), from Blackburn, wanted to maintain the image of a ‘wealthy young man with an extravagant lifestyle’, a court heard

‘On that date, you didn’t confess, you told another lie, that your brother had been in a serious road traffic accident, that he was in intensive care and he was fighting for his life.’

In June 2018, the grandmother of Skinner’s then-girlfriend was informed by her bank of suspicious activity on her account – relating to a bill for a takeaway delivery service.

The following week she was contacted by her bank again to say that train tickets totalling more than £100 had been bought on her card while she was sat in the bank.

When Skinner was challenged about the transactions he admitted photocopying the victim’s card and using it to pay for some food orders, train tickets to Newcastle and Ed Sheeran concert tickets.

He did this without the victim’s granddaughter’s knowledge.

Speaking about a statement issued by Skinner’s ex-partner, Judge Dodd said: ‘Her statement is quite insightful – she said that you liked to show off and live an expensive lifestyle.

‘That you look respectable and appear to be a pleasant young man. But you are not the person that meets the eye.

‘She described you as lying, manipulative and controlling.’

Last year, detectives were contacted by Skinner’s vulnerable mother who said he had stolen £15,000 from her bank account and was refusing her access to her funds.

While police were investigating the matter, Skinner continued to steal money from his mother’s account – taking £1,000 when she had given him her card to buy some food shopping.

As the investigation continued, it was discovered Skinner had stolen £20,000 from his own father.

In addition to the custodial sentence, Judge Dodd imposed an indefinite restraining order, preventing Skinner from contacting his parents.

Speaking after the sentencing, DC David Tait said: ‘I would like to praise the bravery of the victims in this long and complex investigation, particularly Skinner’s parents.

‘To put them in a position where they were left with no option but to report their own son to the police just shows the callousness with which he operated.’

DS Steve Munro added: ‘Skinner seems to be addicted to living a life way beyond his means and has constantly stolen and committed frauds against anyone who he comes into contact with.

‘He has stolen from strangers, work colleagues, friends, girlfriends and even his family, all seemingly without any prejudice or remorse.’