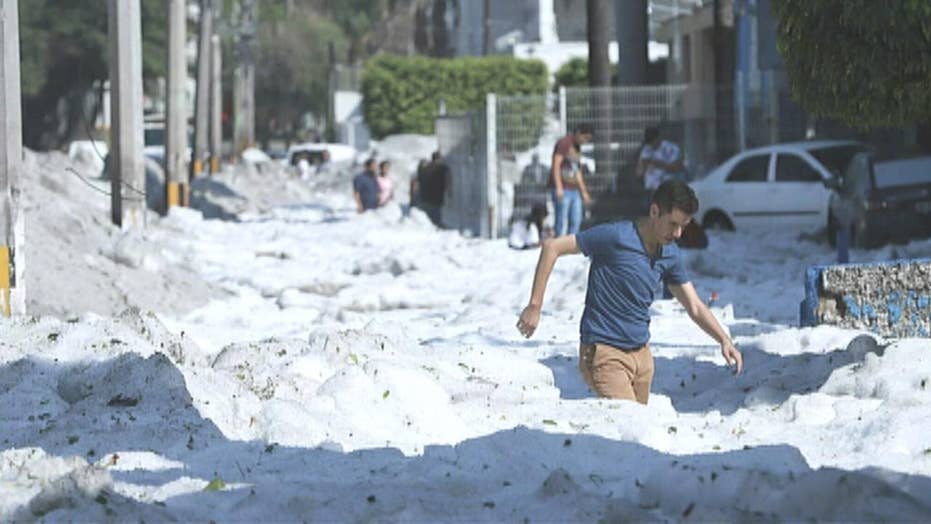 One of Mexico's largest cities was transformed into a scene straight out of winter Sunday when a freak hailstorm dropped a deluge of ice that left streets impassable and cars buried.

The hailstorm in Guadalajara, located north of Mexico City, came after several days during which temperatures approached 90 degrees.

Residents across the city of around five million woke up Sunday morning to discover mounds of ice up to five feet deep in places from the overnight storm, Agence France-Presse reported. 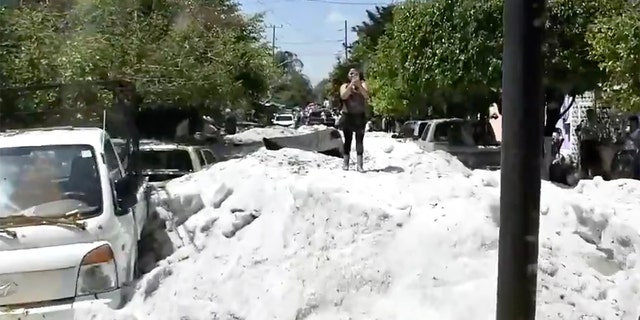 Up to five feet of hail fell from the storm early Sunday, swamping streets across Guadalajara, Mexico.
(Protección Civil JAL)

Around 200 homes and businesses reported damage from the hail, according to AFP. 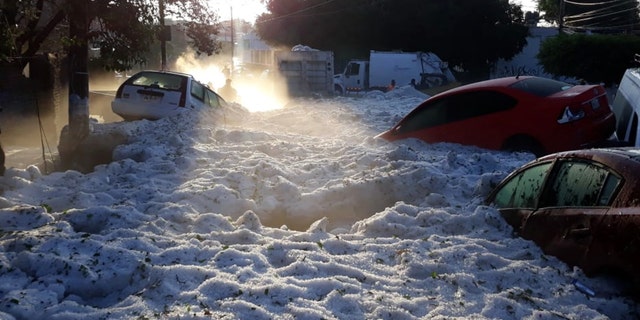 The storm struck Guadalajara, Mexico early Sunday, trapping residents in a deluge of ice up to 5 feet deep.

Photos posted by police showed vehicles that had been swept away and then trapped in the icy deluge. 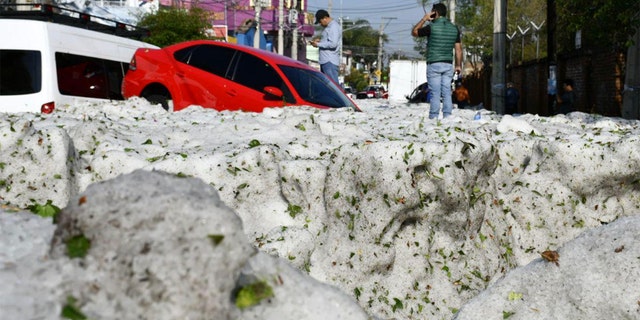 Videos of the city posted to Instagram showed truckers struggling to get through the icy mix.

The Mexican army was out on Sunday afternoon helping city workers clear the streets, according to Alfaro, who added there were no reports of injuries or deaths.

Guadalajara is sometimes hit by severe weather because it is 5,100 feet above sea level, according to Sky News. Alfaro, however, said he had never witnessed such intense hail in the city.

Hail forms when a water droplet is picked up by updrafts of warm air in a thunderstorm travels well above the freezing level and then freezes, according to the National Weather Service.

"As the frozen droplet begins to fall…carried by cold downdrafts…it may thaw as it moves into warmer air toward the bottom of the thunderstorm," the NWS states. "Our little half-frozen droplet may also get picked up again by another updraft…carrying it back into very cold air and re-freezing it."

The journey in the updrafts and downdrafts of a thunderstorm will add another layer of ice to the frozen droplet until it finally falls to the ground as hail.

"The presence of large hail indicates very strong updrafts and downdrafts within the thunderstorm," the NWS states.