The editor of pro-Remain newspaper The New European has been blasted on Twitter after mocking Brexit Party supporters by suggesting they were incontinent.

In a since-deleted tweet widely shared online Matt Kelly posted a picture from a Nigel Farage event also pocked fun at the age and ethnicity of those present.

He wrote:  ‘An actual Nigel Farage audience.  Marvel at the diversity, behold the spread of demographics.

‘And bring a mop to clear up the leaked p*** afterwards.’ 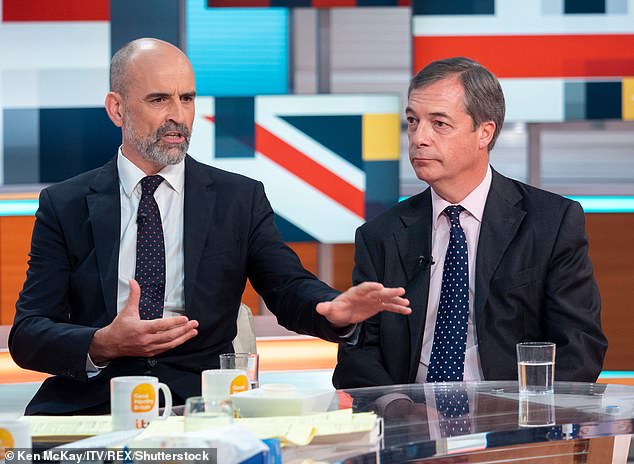 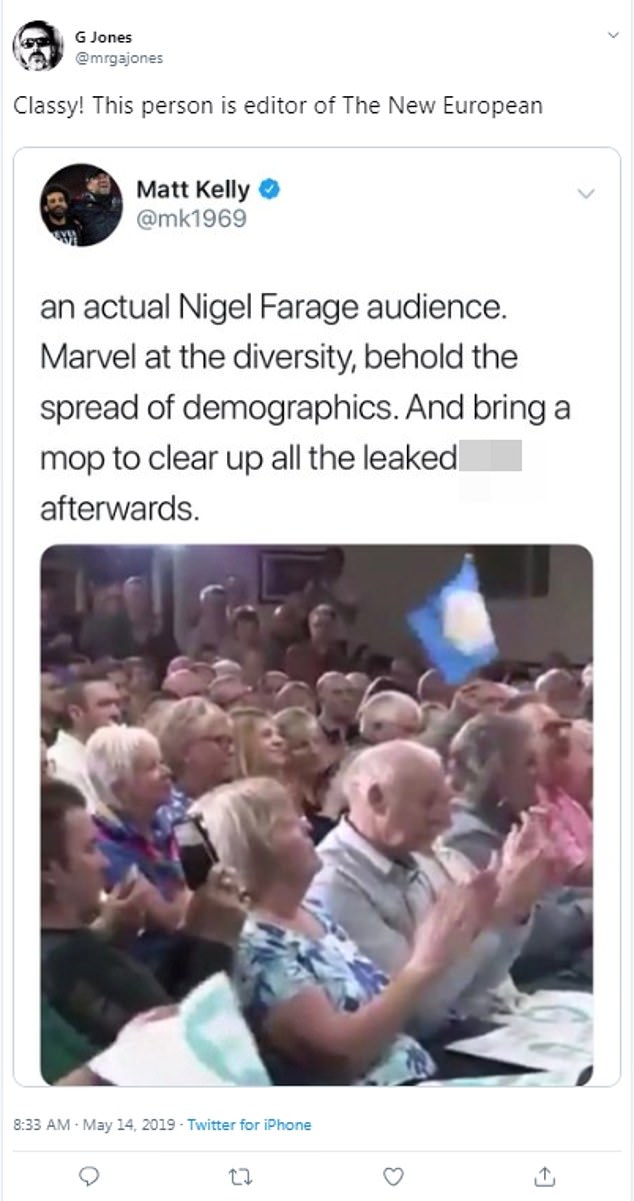 One critic, John Brodie, wrote: ‘When you consider that the writer of this disgusting Tweet is editor of The New European, it explains why practically nobody reads this ”newspaper”.’

The website is owned by local newspaper group Archant and was set up after the 2016 referendum and has the tagline ‘Brexit news for the 48 per cent’.

It was initially set to run for just four weeks but sold enough copies to keep going and now sells around 20,000 copies a week.

After deleting the tweet Mr Kelly posted an apology, saying: ‘Clearly this tweet has upset a lot of people; it was meant to be light-hearted but it has caused a lot of people offence for which I apologise.’