GANG members behind the "chilling" kidnap of a child they claimed was at risk of "Sanatic ritual abuse" have been caged for 63 years.

Leaders Anke Hill, 51, and Wilfred Wong, 56, snatched the youngster from their foster carer at knifepoint as they arrived home from school. 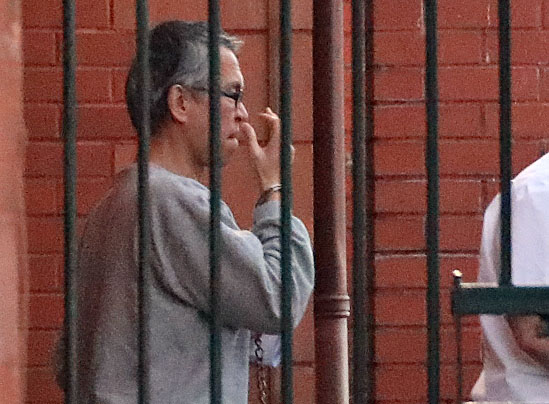 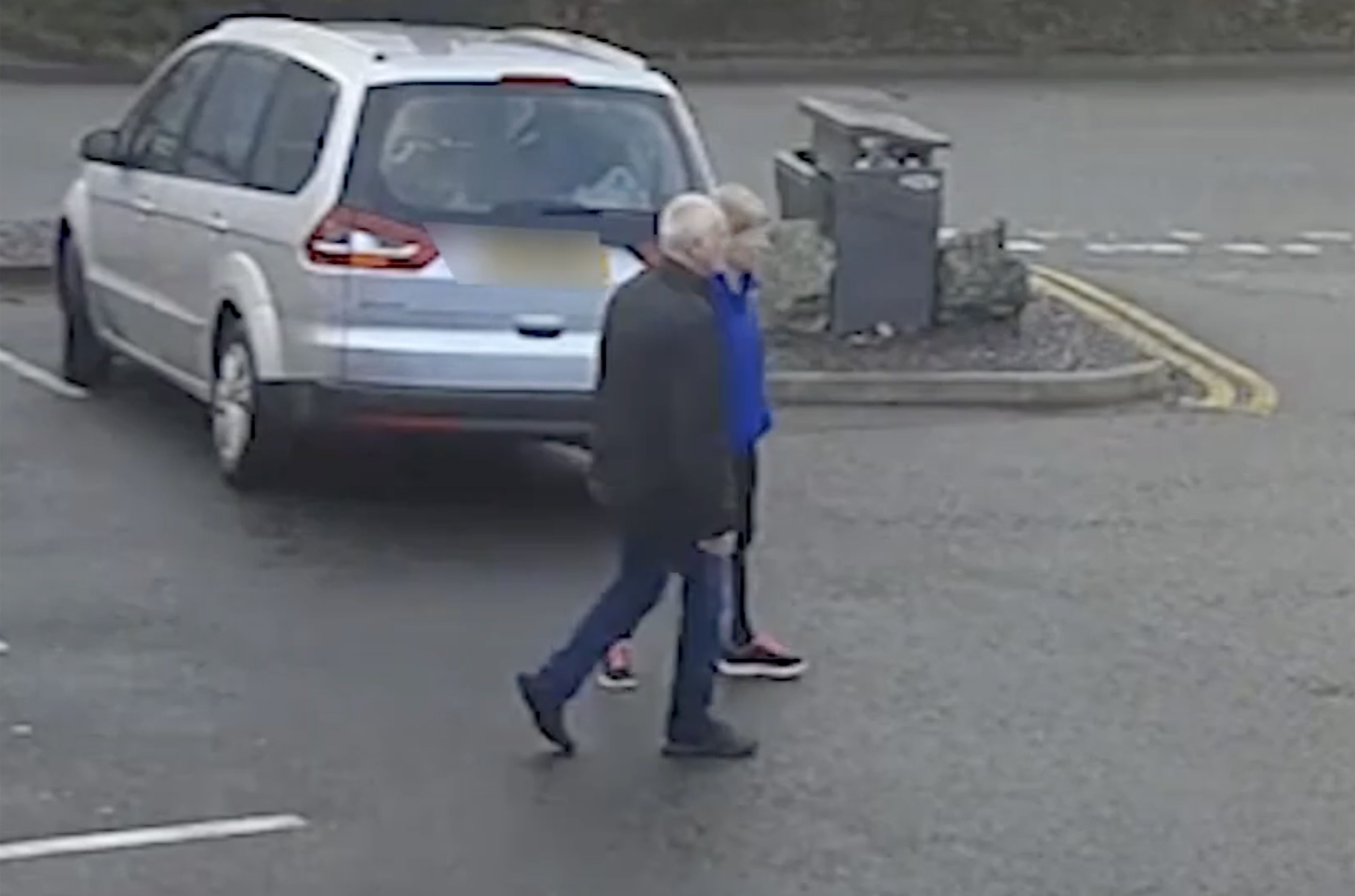 A court heard how Hill wrestled the child from their car seat and put them in a waiting vehicle while Wong held a blade to the carer's throat.

He then slashed one of the carer's tyres to prevent them from following before meeting accomplices Janet and Edward Stevenson.

The married couple had hired a car to take the child away from Anglesey, north Wales, on November 4 last year, Caernarfon Crown Court was told.

Two other gang members, Jane Going-Hill and Kristine Ellis-Petley, acted as lookouts on bridges to mainland Wales to spot any police activity.

The youngster travelled "hundreds of miles in the footwell" of a Ford Galaxy as their captors sought to evade detection.

But the child was safely recovered when the hire car was stopped on the M1 between Milton Keynes and Northampton.

Nicholas Williams, mitigating for Wong, said his client had been on a "rescue mission".

Wong had worked in human rights for 30 years and received a reference from Sir Edward Leigh, Conservative MP for Gainsborough, which stated he had done "good work" writing letters from victims to be sent to ambassadors.

Mr Williams said: "Mr Wong's motivation was not to cause harm to this
child but to prevent harm.

"Mr Wong's motives were good albeit misguided and misplaced. But his
actions were not good because they crossed that line into criminality."

The defence barrister said Wong had been fed "misinformation" by Hill
about alleged abuse which "fed into his already established beliefs of the prolific nature of SRA (Satanic Ritual Abuse)".

The court heard Wong thought a kidnap plot using a knife "was the lesser of two evils" but now realises he "should not have accepted everything Hill was telling him".

Justin Hugheston-Roberts, mitigating for Janet Stevenson, said his
client was also convinced she was doing the right thing, while Duncan Bould for Edward Stevenson said he was "not a director but a follower" and wrongly believed he was rescuing a child from an abusive parent.

Richard Edwards, mitigating for Going-Hill, said his client similarly had an "unfounded concern" for the child's welfare and was "truly remorseful".

And Elen Owen, representing charity shop worker Ellis-Petley, said her client was "groomed" by being shown "harrowing" pictures of sexual abuse, purportedly drawn by Child A, and still has nightmares about them.

Judge Nicola Jones said: "I am satisfied Anke Hill and Wilfred Wong were the leaders of the conspiracy and recruited others.

"But all six of you were acting as vigilantes, taking the law into your own hands.

"Your motivation was to rescue Child A to prevent harm, but you all had sufficient intellects to realise that kidnap might cause harm to a child.

"You knew the family courts were involved but you thought you knew better."

In a victim impact statement, the child's father, who was not charged
with any crime, said: "I have been portrayed as a Satanist and a
paedophile – all of which is untrue."

The dad said he had the "terrible realisation" that he may never see his
child again when he received a phone call from a social worker to say
they had been kidnapped.

He has since suffered "malicious online trolling by friends of Wong and his Satanic ritual abuse agenda".

The kidnappers showed a complete lack of empathy for their horrific crime.

The kidnap itself had a "catastrophic impact" on him and his child which has derailed their relationship, he told the court.

He also blasted the kidnappers for their "complete lack of empathy for their horrific crime", adding: "Were it not for my faith in God I do not believe I would be here today."

The dad also read a separate victim statement for his child in which
he said the youngster had been terrified during the abduction.

Wong, of Bloomsbury, central London, denied conspiracy to kidnap and possession of a bladed article but was convicted after a trial in August and jailed for 17 years.

Janet Stevenson, 67, and husband Edward, 69, both of Crawley, West Sussex, also denied conspiracy to kidnap but were convicted after a trial.

They were jailed for 15 years and eight years respectively and kissed and hugged in the glass-fronted dock before being led away by officers.

Petley, 58, of Holyhead, was jailed for four years, and Karren Natasha Sawford, 48, was cleared of conspiracy to kidnap.

Robert Frith, 65, of Tyn Parc, Holyhead, was found dead in his cell at
HMP Berwyn in Wrexham on November 14 last year while on remand for
conspiracy to kidnap. An inquest opening heard the medical cause of
death was suffocation.

A Crown Prosecution Service spokesperson said: “The group had made a
remarkable amount of planning to carry out this crime, including sourcing a passport with a view to take the child abroad.

“The facts of the case are chilling, and it must have been a terrifying experience for the child and carer.

“Through detailed analysis of the material provided by the police, the CPS built a strong case which resulted in these convictions.”

Speaking after sentencing, a North Wales Police spokesperson said: "This was a complex and carefully orchestrated conspiracy, perpetrated with chilling ruthlessness.

"This was a harrowing ordeal for both the child and foster carer. The
impact of this incident cannot be understated, and we would like to acknowledge their strength and courage throughout this investigation." 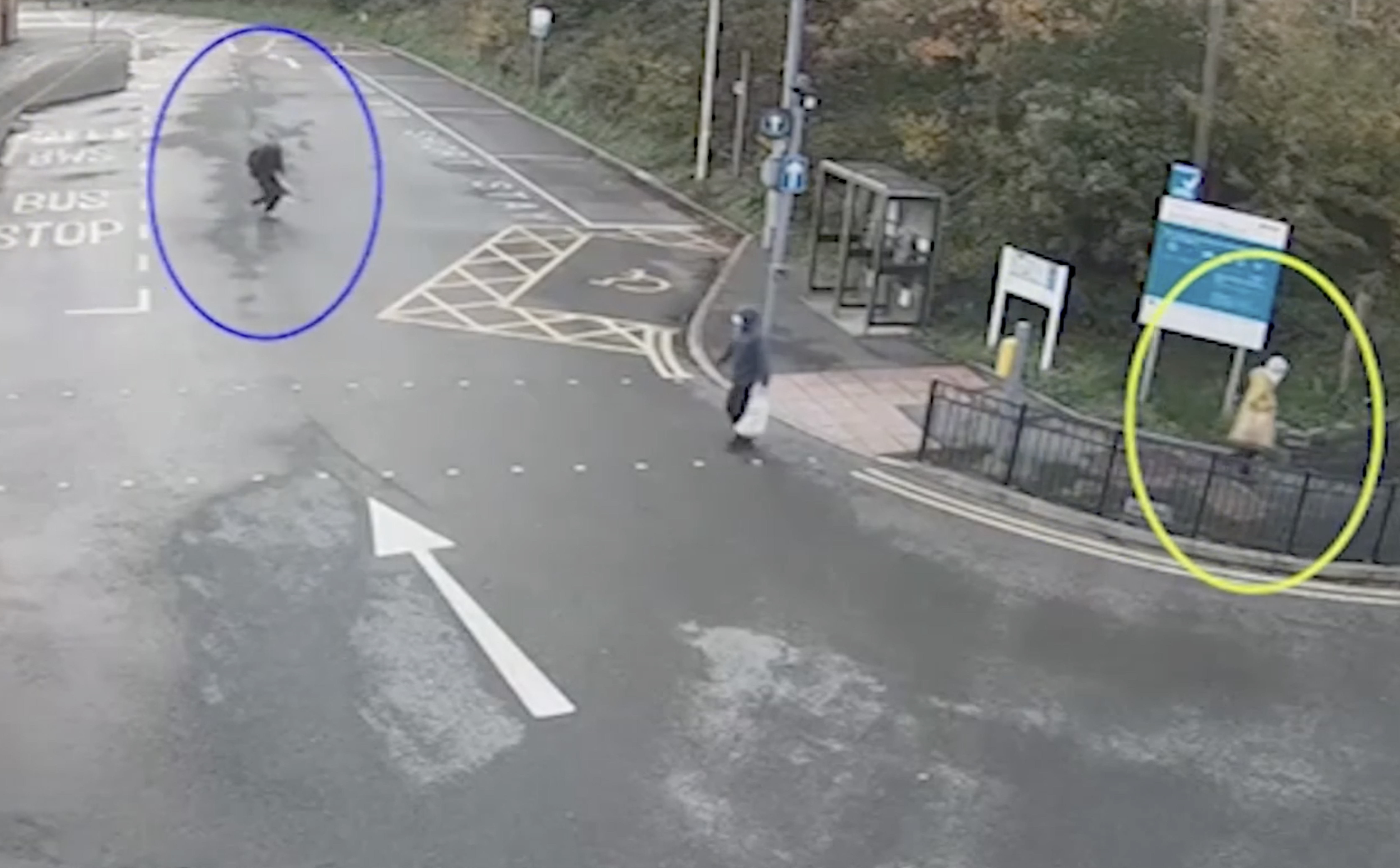