The German government has said it is ‘fairly likely’ that Russian opposition leader Alexei Navalny was poisoned.

‘We are dealing with a patient who it is fairly likely was poisoned,’ Angela Merkel’s spokesman Steffen Seibert told a press conference today.

Russian opposition leader Alexei Navalny will survive but be ‘incapacitated for months’ after he allegedly drunk tea laced with poison, allies have said.

The politician, corruption investigator and one of Russian president Vladimir Putin’s fiercest opponents, was taken ill on a flight from Siberia to Moscow.

His supporters have accused the Kremlin of masterminding his poisoning and being behind a three-day delay in transferring him to Germany for treatment. 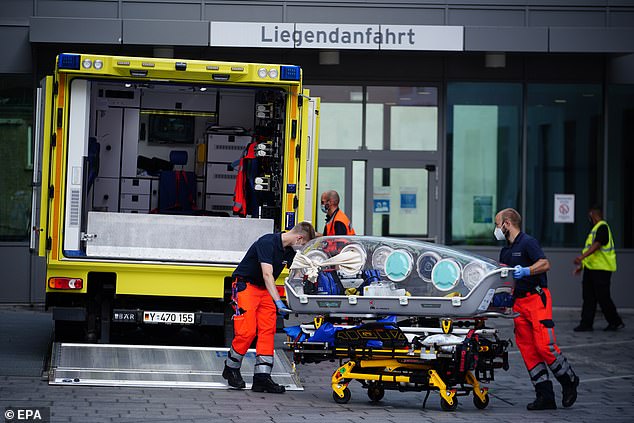 Russian opposition leader Alexei Navalny is in a coma but ‘stable’, Charite hospital in Berlin have confirmed. Pictured, the politician arrives at the German hospital on August 22 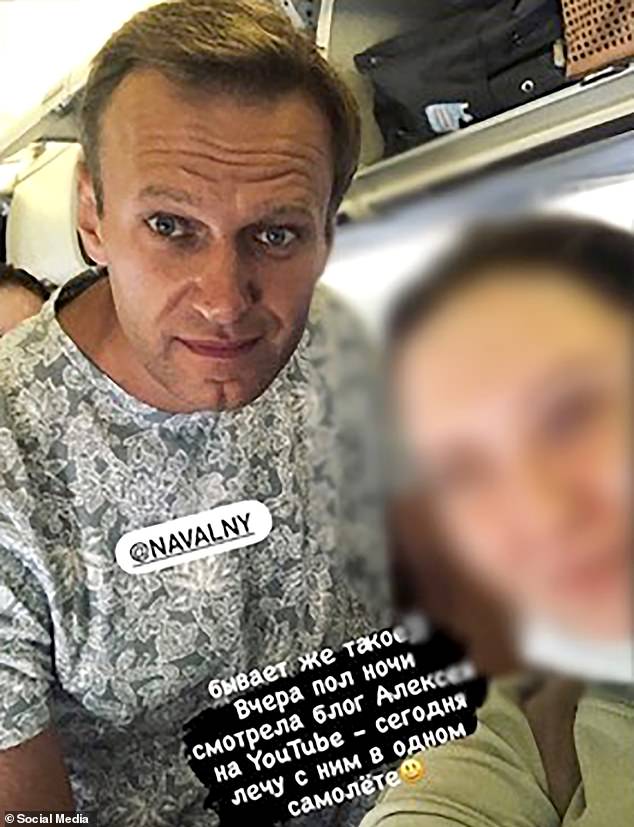 The politician is feared to have drunk tea laced with poison after he became ill on a flight to Moscow from Siberia on Thursday. Above, the last picture of Mr Navalny before he collapsed

The Russian doctors at the Siberian hospital that treated him today denied claims they had been pressured into saying they found no trace of toxins in his system.

The office of chief doctor Alexander Murakhovsky was packed with police and plain-clothed officers when Navalny was moved into the hospital, Omsk Emergency Hospital No.1, according to journalists.

‘I can’t tell you who they were,’ the chief doctor said. ‘I had a lot of people in my office, after all (Navalny) is a political figure.

‘I can’t say they did anything. They just came and asked what was going on.’

Continuing to deny allegations that hospital authorities were lent on by the Kremlin, he claimed: ‘We saved his life with great effort and work.

‘There was no influence on the treatment of the patient a priori and there couldn’t have been any.

‘We didn’t agree diagnoses with anyone. There was no pressure on us from any doctors or any other forces.’ 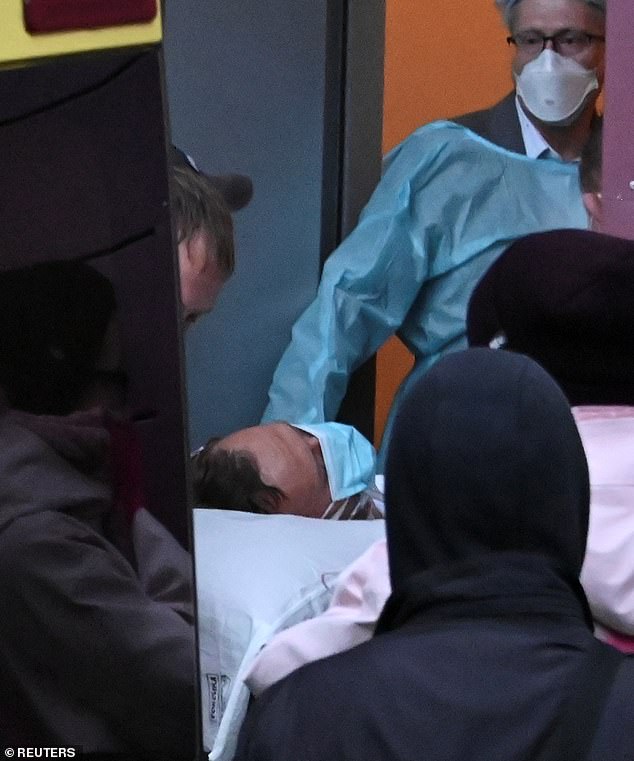 His supporters insist he was poisoned, but doctors in Omsk said a metabolic disorder was the most likely diagnosis. He is pictured on a stretcher in Omsk prior to his transfer to Germany 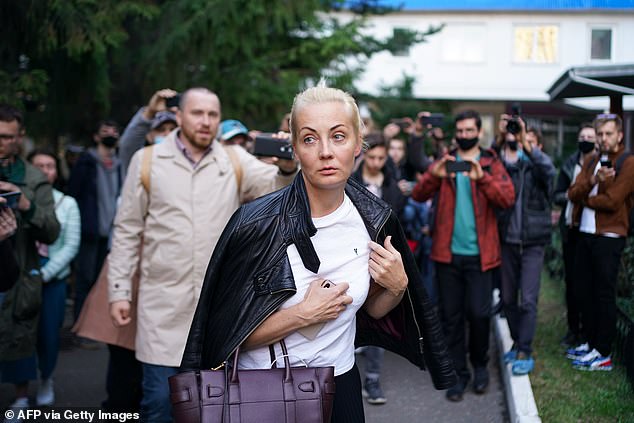 Senior doctor Anatoly Kalinichenko alleged during the press conference:  ‘If we had found some kind of poison that was somehow confirmed then it would have been a lot easier for us. It would have been a clear diagnosis, a clear condition and a well-known course of treatment.’

Navalny was moved from Siberia to the Charite hospital in Berlin, Germany, on Saturday after his allies said the hospital was ill-equipped and they did not trust the doctors.

The hospital said it would not comment on his illness until test results were evaluated, only confirming he was still in a coma but ‘stable’.

The news comes as Mr Navalny’s wife Yulia Navalnaya arrived at Charite hospital on Sunday to visit her husband.

Top aide Leonid Volkov also visited the Russian opposition leader at the Berlin hospital, but did not speak to reporters. 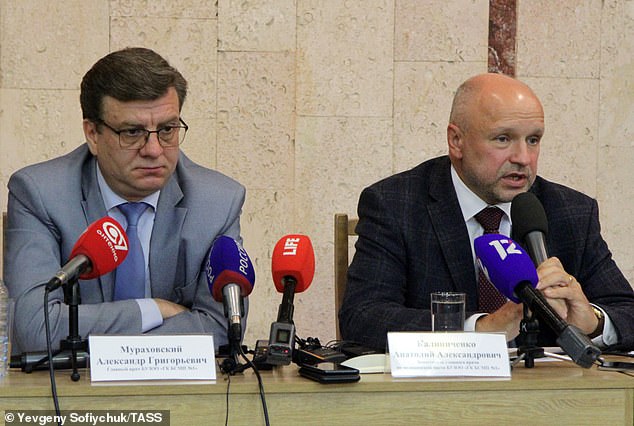 Chief doctor of the Omsk hospital that treated Navalny Alexander Murakhovsky, left, and head physician and deputy Anatoly Kalinichenko. They denied claims they were pressurised by the Kremlin into saying that they had detected no traces of poison in his blood

Mr Navalny became ill on a flight to Moscow from Siberia on Thursday and was taken to hospital after the plane made an emergency landing.

While his supporters and family insist he was poisoned, doctors in Omsk said a metabolic disorder was the most likely diagnosis.

Russian health authorities said tests had not shown poison in his system and initially resisted a transfer to Germany, saying he was too ill to fly.

The dissident’s supporters said this was a ploy to allow the poison to leave his system.

An independent Russian news report at the weekend cited sources in security agencies who said Mr Navalny under intense surveillance during his trip to Siberia.

Moskovsky Komsomolets published details of the surveillance of his every movement, including what he and his associates ate, who he met, his credit card records, shopping receipts, where he stayed, what vehicles he travelled in and even a night time swim in a river.