London: The verdict is in and Geronimo must die, preferably by lethal injection. But not since the United Kingdom’s last state-sanctioned execution in 1964 has a death sentence captured so much public attention.

Geronimo, thankfully, has no idea about the storm swirling around him because Geronimo is an alpaca and not particularly bright on matters legal. His crime was to twice test positive for bovine tuberculosis and after a four-year battle which even ended up in the High Court, the animal is now living on borrowed time. 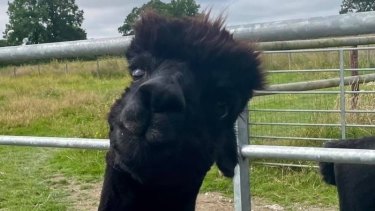 His distraught owner Helen Macdonald thinks the tests were inaccurate and has vowed to “stand in the way” of any government officials planning to kill Geronimo over the coming days.

Her position has solicited extraordinary support from radio stations, television networks and newspapers (some are evening running live blogs) and a collection of celebrities including Joanna Lumley. “When in doubt, don’t,” the Absolutely Fabulous actress pleaded. “Please spare Geronimo as there is real doubt hanging over this death sentence.”

Even Prime Minister Boris Johnson’s own father, Stanley Johnson, has pleaded with the government to give Geronimo a fighting chance by allowing a third test.

The clock started ticking on Geronimo when Macdonald, an alpaca farmer from Gloucestershire in west England, imported him from New Zealand in 2017. He tested negative for the deadly disease before his trip to Britain but has returned two positive readings since. 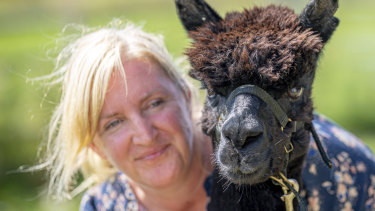 Geronimo with his owner Helen Macdonald.Credit:PA

Convinced the results were false positives, Macdonald launched legal action which culminated in a High Court judge last week siding with the government that Geronimo must go. Macdonald is refusing to euthanise the alpaca herself, setting the scene for officers from the Department for Environment, Food and Rural Affairs to take matters into their own hands.

“As a veterinary professional for over 20 years, I know the devastation that TB can cause farmers, their communities and their animals,” says the department’s chief veterinary officer Christine Middlemiss.

“While I sympathise with Ms Macdonald’s situation, we need to follow the scientific evidence and cull animals that have tested positive for TB, to minimise spread of this insidious disease, and ultimately to eradicate the biggest threat to animal health in this country.”

Middlemiss argues the chances of a false positive from the Enferplex test used on Geronimo is less than one per cent but Macdonald and her supporters disagree and want a third and different test.

“I’m worried about what happens when Geronimo is faced with strangers and how his final moments may end if they come in here,” Macdonald said. 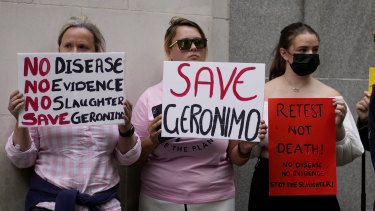 Asked what she would do if the executioner arrived, Macdonald said on Monday: “I’m not going to break the law but at the end of the day I’m not going to help them to execute my perfectly healthy animal.

“My mum is 84 years old on Monday and she asked me last night if she was going to effectively have the firing squad here on her birthday.”

More than 104,000 people have signed a petition to spare six-year-old Geronimo. A small group of protesters also marched to Downing Street on Monday to argue his case but the Prime Minister’s spokesman said Johnson would not intervene. “The fact remains that Geronimo has sadly tested positive twice using a highly specific and reliable and validated test.”

Stanley Johnson hit the airwaves to urge his son’s cabinet to reconsider, arguing Geronimo appeared “healthy as all get-out” years after his diagnosis and had not infected other alpacas.

“This is an animal which four years on is still healthy, still surviving. It cannot be right to not do one more test,” Johnson told GB News on Monday. 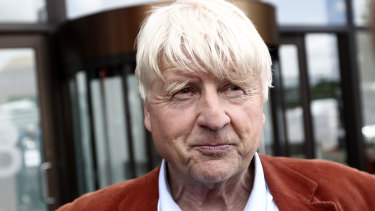 The last known bovine tuberculosis case in Australia was recorded in 2002, and the country is one of the few in the world to have eradicated the disease.

Under pressure over the Geronimo case, Environment Secretary George Eustice penned an opinion piece for the Mail on Sunday in which he said his family knew that the joy and optimism of farming was often tainted by tragedy and loss.

“A few years ago, our herd suffered from several TB breakdowns,” Eustice said. “Among them was Rose, a cow that my father said was one of the best he had ever seen. To make matters worse, she had sadly lost her calf the previous year. As a result she had to be removed for slaughter having never had a living calf. It was soul-destroying.”

But Eustice said an average 500 cattle were destroyed each week in England alone due to infection.

Short of a prime ministerial intervention, Geronimo seems destined to join them.