Girl, 17, who jumped from Humber Bridge after telling security guard she was just ‘getting in her 10,000 steps’ did intentionally kill herself, coroner rules

A girl who jumped from the Humber Bridge after telling a security guard she was just ‘getting in her 10,000 steps’ did intentionally kill herself, a coroner has ruled.

Grace Fyfe, 17, drowned after falling from the Humber Bridge after leaving a voicemail with a friend saying ‘I cannot be here anymore and I’m sorry’ and texting her mother ‘I love you forever’.

The former pupil at Wolfreton School in Willerby, Hull, died in the early hours of Sunday, March 28, 2021.

An inquest into the 17-year-old’s death concluded on Tuesday after two days of harrowing evidence. 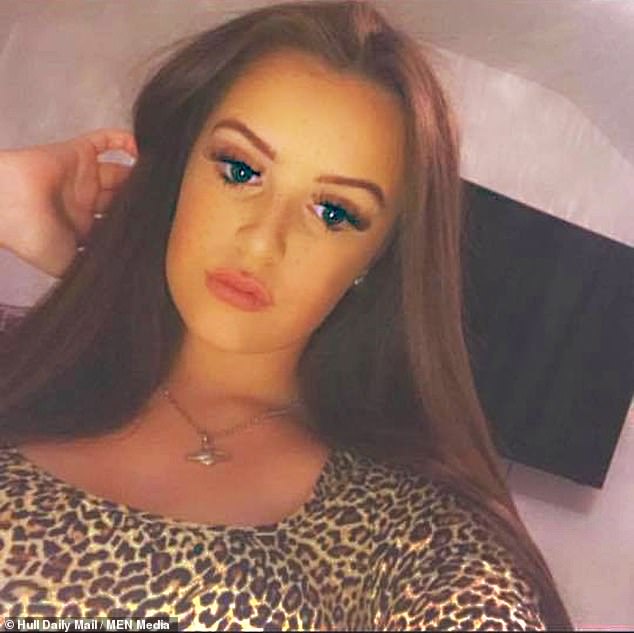 Grace Fyfe (pictured) , 17, drowned after falling from the Humber Bridge in the early hours after leaving a voicemail with a friend saying ‘I cannot be here anymore and I’m sorry’ and texting her mother ‘I love you forever’ 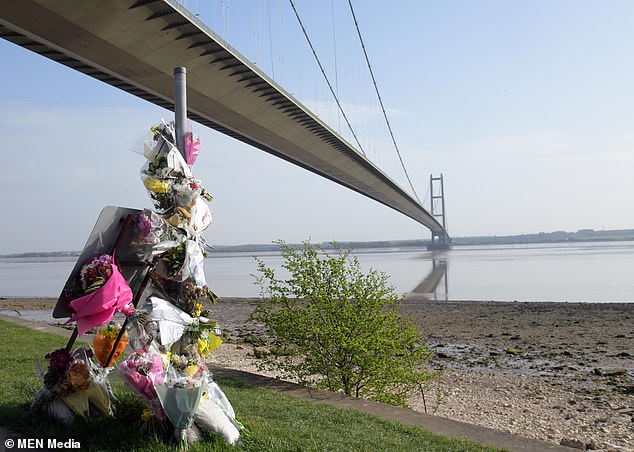 Floral tributes for Grace were left at the Humber Bridge, where she died after falling from the railings in the early hours of Sunday, March 28, 2021

Senior Coroner Professor Paul Marks says he is content Grace did intend to take her own life and concluded her death was ‘suicide’.

He said: ‘I am satisfied Grace’s actions were such that she intended to take her own life.

‘She was out in the small hours and had previously made comments about jumping from the bridge.

‘While I cannot completely rule out alcohol affecting her judgement, the levels in her system were comparatively modest.’

There had been concerns raised amid confusion over whether the coastguard helicopter would take Grace to hospital which led to an ambulance initially being cancelled – delaying the arrival by a few minutes.

But Prof Marks decided there had been no failings by any authority involved and everything had been done to try and save Grace.

He said: ‘The delays had no causative effect on Grace’s chances of survival.

‘There were no systemic failures on behalf of the coast guard or ambulance service or any other authority.’

On the second day of the inquest, evidence was heard from Yorkshire Ambulance Service’s medical director Dr Steven Dykes who wrote a report on the service’s involvement in Grace’s care.

He admitted there was some confusion as to whether the coastguard helicopter or the ambulance would take her to Hull Royal Infirmary but said Grace was already receiving high-level advanced life support so it did not compromise her care.

Paramedic Matthew Green, who was working as a Humber Rescue volunteer at the time, raised concerns about the length of time it took for an ambulance to arrive.

But Dr Sykes said: ‘I do not believe, from a clinical care point of view, more could have been done before she was taken to hospital.

‘I do not believe the slight delay arrival of the ambulance would have changed the outcome for Grace.

‘The chances of survival in these circumstances are very low.’

Statements were also read out by the two officers who discovered Grace after the fall.

They managed to pull her from the water and immediately began CPR in a desperate attempt to save her.

PC Adam Calvert said: ‘There had been a previous incident a few days before and they had been found at the north shore so we walked slowly from the Humber Rescue station towards the Country Park Inn.

‘As I walked past the hotel, I noticed a pair of white trainers in the water and then realised it was a body.

‘Instinct took over. I pressed my emergency button and then went into the water.

‘My colleague arrived and we dragged her out and she began CPR.

‘But the tide was coming in so I had to drag her 30 yards further up before we began CPR again.’

She initially spoke to Grace an hour before she jumped from the bridge but Grace told her she ‘was getting in her 10,000 steps’.

‘The worker tried to get Grace to stay and talk but she was adamant she was going and walked away and down the slip road.

But just an hour later the same worker received a call from control saying there was a female on the walkway near the railings. 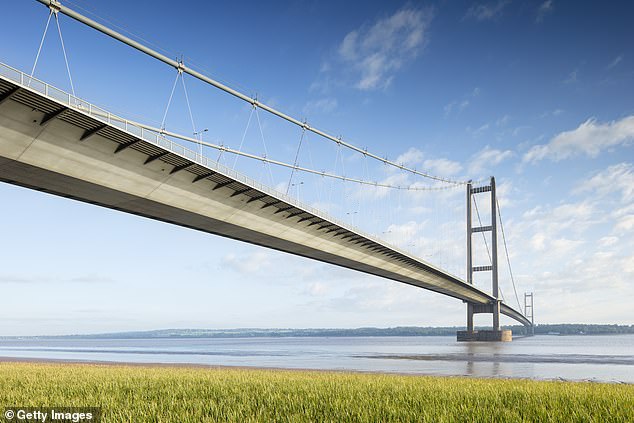 An inquest into the 17-year-old’s death concluded on Tuesday after two days of harrowing evidence. The coroner ruled her death ‘suicide’ after the teenager fell from Humber Bridge  (pictured)

She said: ‘I quickly arrived and asked her to come and talk to me.

‘But she was already over the railing and said nothing before letting go and falling over the edge.

‘That was the first time I had witnessed anything like that directly in my 28 years doing this job.’

The post-mortem found that, despite falling from height, Grace had suffered no traumatic injuries. Her death was due to drowning.

A statement was read out by the teenager’s mother, Kerry Young, who described her daughter’s feisty nature which was curbed after an attack which deeply affected her.

Ms Young said: ‘Grace spoke her own mind. She had many friends and she would always stick up for them.

‘Grace fought for what she believed in and she had a heart of gold.

‘While she could sometimes be a nightmare she always tried to help. There was a girl at school being bullied and she helped her.

‘Grace loved drama and she wanted to be a drama teacher.’

But when Grace was 15 years old there was an incident that deeply affected her.

Ms Young said: ‘Grace was attacked by two girls who pulled her hair and threw a milkshake at her before punching and kicking her until she passed out.

‘The attack changed Grace. She refused to go back to school and it took a long time to get over the attack.

‘She wouldn’t even leave the house. She had otherwise been a happy, smiling teenager.’

Grace had also considered becoming a mental health nurse or counsellor after enrolling on a health and social care course.

Statements were also read out from Grace’s friends who were either with her or had spoken to her that night.

The inquest heard how friends had been round to Grace’s home that night where they were drinking vodka cocktails.

Grace’s boyfriend and his friend also went around later. Grace and her boyfriend argued and she seemed to get upset. She rang a friend and spoke to her for an hour.

A statement was also heard from Grace’s boyfriend who said she did appear very drunk and that they did argue but ‘they seemed to sort everything out’.

But later he said she got ‘into a mood’ and told him and his friend to leave. They left and got a taxi at around 2.30am

Later he received a text from a friend to say Grace was heading towards the Humber Bridge and he tried to get a taxi to go and see her but he could not get one for an hour.

He said: ‘Grace often liked going for walks by herself and that’s what I thought she was doing that night. I never thought she would do anything like this. I couldn’t believe Grace had passed away.’

The coastguard helicopter and Humber Rescue were scrambled but it was two police officers who found Grace in the water near the edge, close to the Country Park Inn at Hessle. Humber Rescue crews quickly arrived and CPR was started.

A paramedic was also winched down to the scene. After some time and Grace was rushed to Hull Royal Infirmary but was sadly pronounced dead a short time later.

Prof Marks concluded by saying: ‘I would like to take this opportunity to extend my sincere condolences to the family on this devastating and sad loss they have suffered.

‘I hope this inquest has given them some understanding of these tragic events.’

If you are struggling with depression or suicidal thoughts, you can call The Samaritans’ 24/7 helpline on 116 123 for help and support.