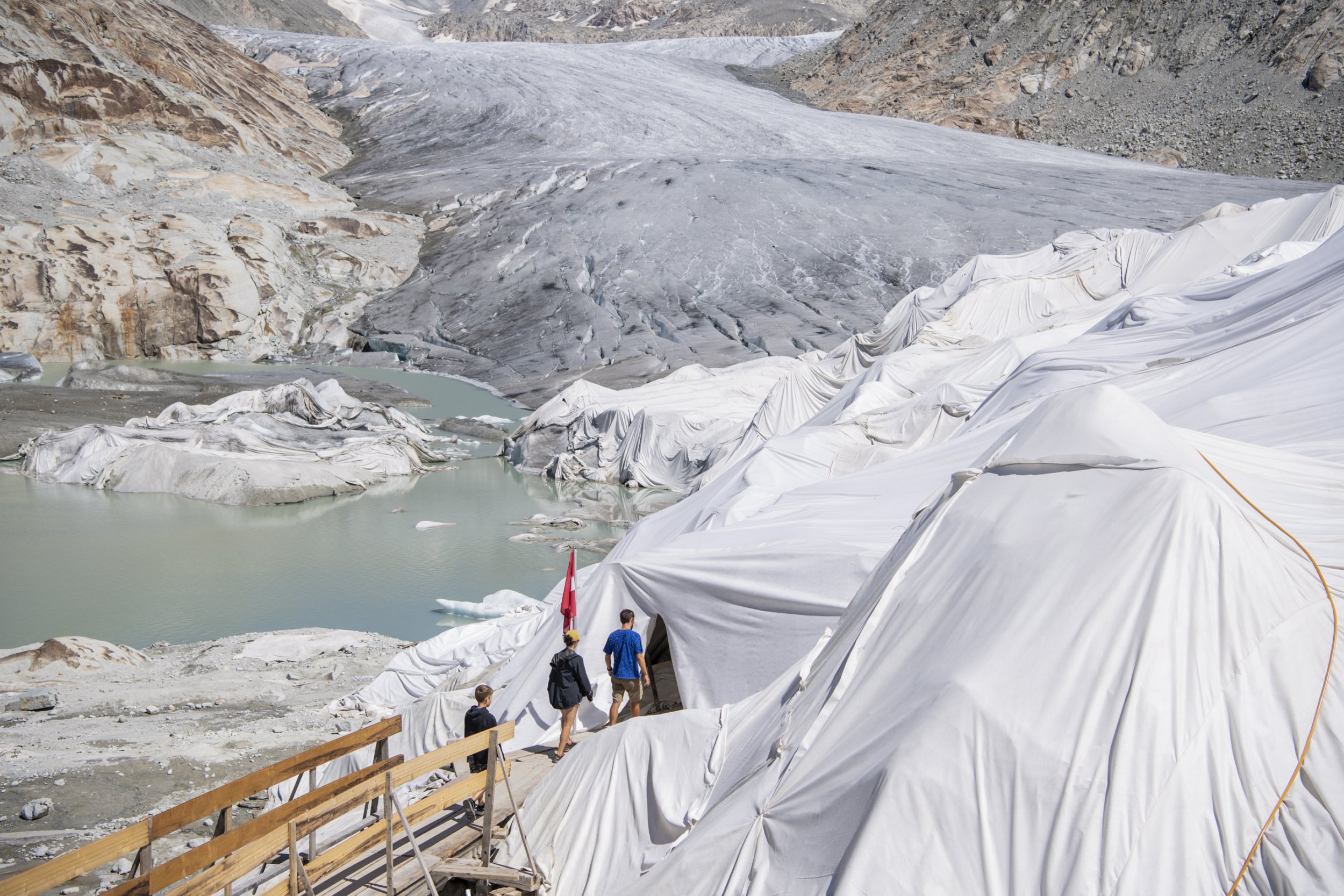 Photographs show how ancient glaciers in the Alps have been draped with white blankets to protect them from the summer heat.

People visited the Rhone Glacier in Switzerland today but didn’t see it as it generally looks.

Much of it has been covered up to try and stop it from melting.

Europe is currently sweltering under a major heatwave, with wildfires raging in Portugal, Spain and France.

Hot air from the continent is due to reach the UK from Sunday, with the Met Office issuing weather warnings for extreme heat.

The UV resistant blankets were not put there in response only to this heatwave, however, but due to a warming climate more generally.

For five years, people have hiked up to the glacier to lay the sheets over it to try and protect it.

The Rhone Glacier, above Gletsch near the Furkapass, is a major source of tourism for the region as it is easily accessible and has a grotto which can be visited.

It is the source of the River Rhone, and also supplies water to Lake Geneva.

The blankets are estimated to reduce the extent of ice melting by up to 70%.

This is needed, as during the last 120 years it has lost around 1,300 metres leaving exposed stone where ice used to be.

It is feared that Switzerland could lose all its glaciers by 2100.

Other glaciers in the country have also covered with blankets, such as the glacier on Mount Titlis in central Switzerland.

The Gurschengletscher glacier is also covered with blankets when it is particularly at risk.