WASHINGTON – Marjorie Taylor Greene, the Georgia GOP congresswoman stripped of her committee assignments two years ago by the Democratic-led House following a series of menacing social media posts, has been reinstated by the Republicans who now run the chamber.

Greene was named Tuesday to the Homeland Security Committee, her spokesman confirmed to USA TODAY.

In addition, Republicans reinstated Arizona GOP Rep. Paul Gosar, who similarly had been removed from his committees after being censured in 2021 for posting an anime video that was edited to show him killing Rep. Alexandria Ocasio-Cortez, D-N.Y., and attacking President Joe Biden.

Gosar was named to the Committee on Natural Resources, according to his spokesperson.

Both Greene and Gosar could still be added to other committees as House leadership releases more assignments this week. 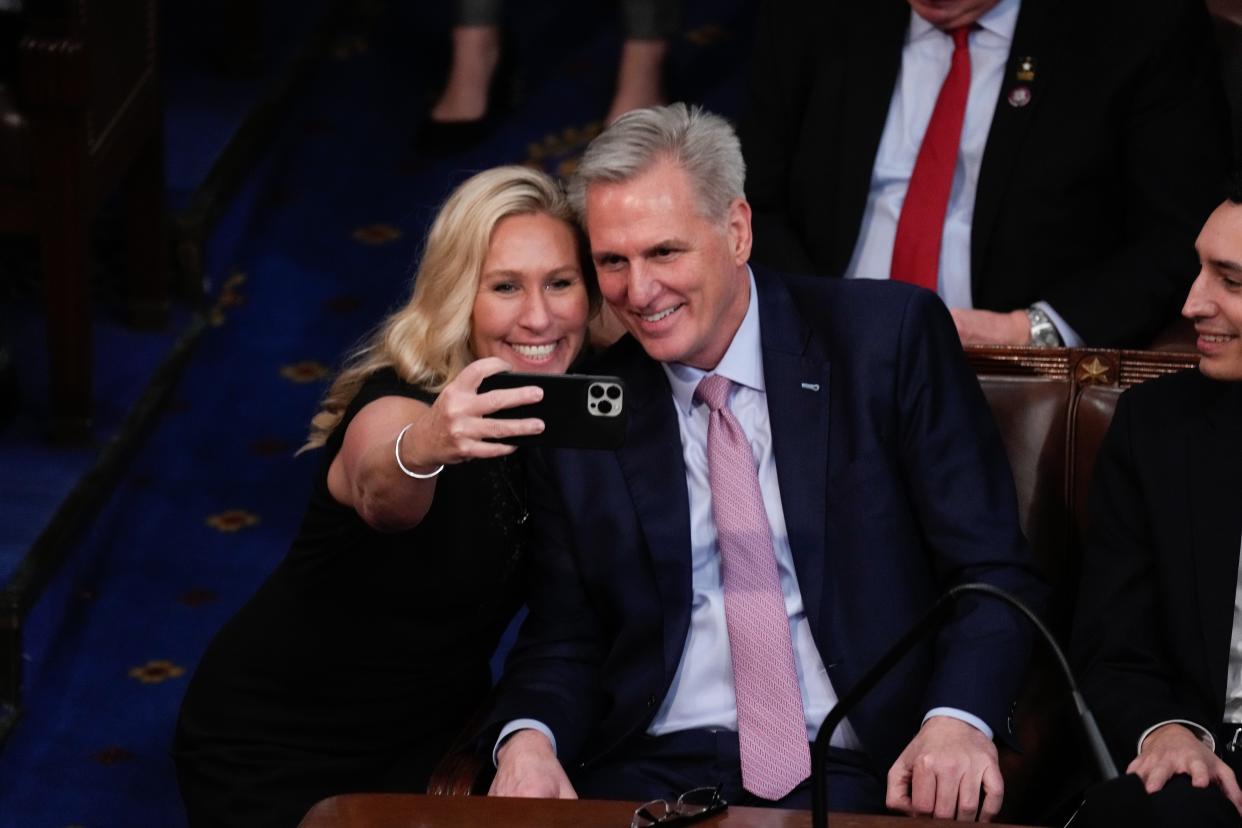 Neither move is a surprise since GOP leader Kevin McCarthy had vowed to reassign them to committees before he was elected House speaker earlier this month.

Greene had voted for McCarthy as speaker in each of the 15 rounds it took to finally elect him. Gosar had initially supported other candidates before getting behind the California Republican in the later rounds.

Greene had been removed for a litany of social media posts that opponents deemed threatening and dangerous.

At one point in the floor debate over her fate nearly two years ago, then-Majority Leader Steny Hoyer, D-Md., walked to the well of the House floor holding a poster board depicting a since-removed Facebook campaign ad by Greene showing her holding an assault weapon next to photos of three Democratic Reps. Alexandra Ocasio-Cortez, Ilhan Omar and Rashida Tlaib, part of a group known as part of the “Squad.” The ad read: “Squad’s Worst Nightmare.”

“I urge my colleagues to look at that image and tell me what message you think it sends,” Hoyer said as he addressed his Republican colleagues. “Imagine your faces on this poster.”

McCarthy responded at the time that “this resolution sets a a dangerous new standard that will only deepen division within this House. For all their talk about norms and institutions, it’s the Democrats who’ve acted to undermine the People’s House at every turn.”

Gosar faced widespread criticism after he posted an edited anime-style video to his social media accounts appearing to show him killing his colleague, Ocasio-Cortez, and attacking Biden.

It mimicked the theme song and introduction of “Attack on Titan,” a popular Japanese animation series. Twitter flagged the video for violating its rules against calls for violence. It was later deleted. 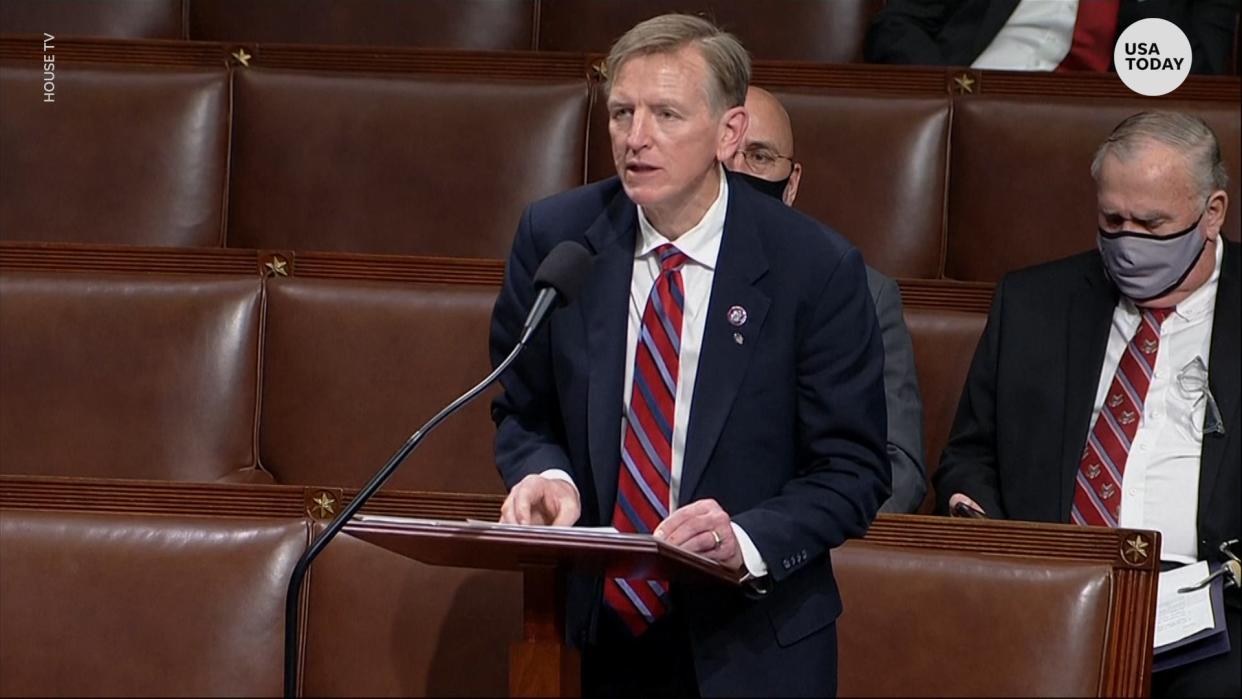 Gosar was defiant about being censured: “I do not espouse violence against anyone. I never have,” he said. “There is no threat in the cartoon other than the threat that immigration poses to our country.”

He had released an open letter apologizing to his colleagues but not to Ocasio-Cortez, stating that his staff had released the video and that “nothing hateful” was intended by the imagery.