Sticky situation! British Gü founder James Averdieck faces paying extra £120,000 in stamp duty after judge rules he wrongly demanded lower rate on his £3million country home… because of a ‘public footpath at the edge of the property’

The founder of Gü chocolate desserts was hit with a £120,000 bill after losing a tax case over the purchase of his £3million country home.

James Averdieck, 56, and his wife, Charlotte, purchased the 14-acre home in August 2020. The location of the property was not disclosed in legal documentation.

The couple initially paid £258,630 in tax but then used a tax refund company to request HM Revenue & Customs (HMRC) return £119,180 to them due to the ‘mixed use’ of a public footpath at the edge of the property.

HMRC issued the refund but later demanded the couple pay it back.

Tax refund company Cornerstone argued during the couple’s first-tier tax tribunal that the Averdiecks should pay less duty because the footpath was commercial land.

The judge last week rejected Cornerstone’s claim and ruled the couple should have paid the entire tax rate.

Meanwhile, HMRC hopes the case serves as warning to those considering getting involved with tax refund agents. 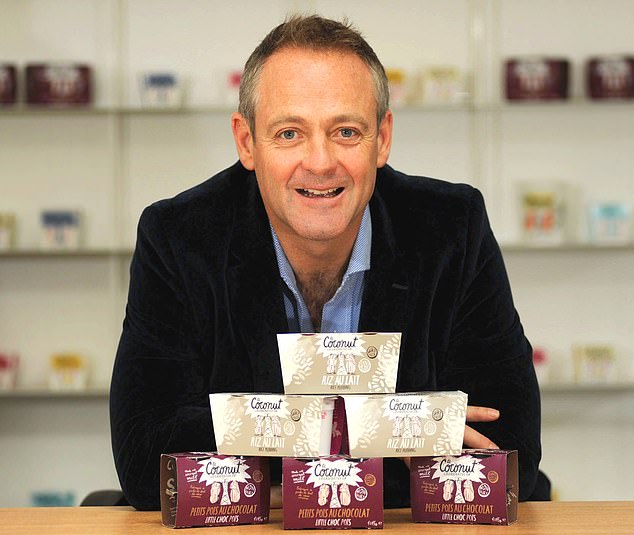 James Averdieck (pictured), founder of Gü chocolate desserts, was hit with a £120,000 bill after losing a tax case over the purchase of his £3million country home 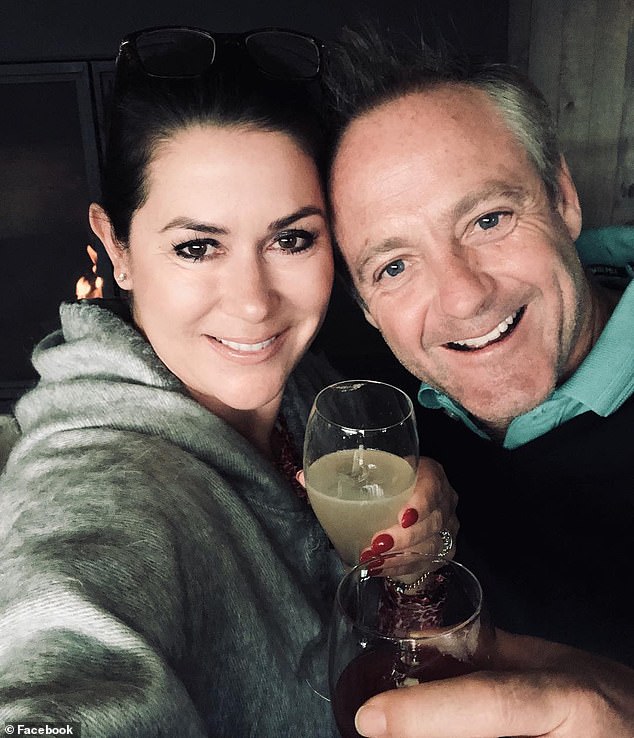 James Averdieck, 56, (right) and his wife, Charlotte, (left) purchased the 14-acre home in August 2020. The couple initially paid £258,630 in tax but then used a tax refund company to request HM Revenue & Customs return £119,180 to them due to the ‘mixed use’ of a public footpath at the edge of the property

The Averdiecks filed a stamp duty tax return in September 2020 declaring they owed £258,630 based on the property being classed as residential.

In December of that year, the appellants’ agent, listed in documentation as Cornerstone, sent a letter to HMRC saying that analysis determined the property was misclassified as being residential.

The agent argued it should have instead been classed as ‘mixed use’ because the ‘public footpath which runs across the rear of the property is classed as a public highway by the local highway agency,’ the documents state. 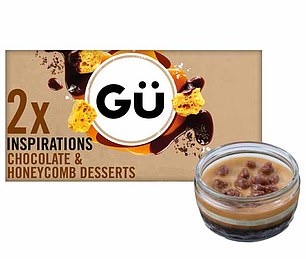 The firm amended the return and sought repayment of £119,180 with interest.

HMRC opened an inquiry into the request and after several months and reviews, the Averdieck family’s ‘closure notices’ were upheld. In January of this year, Cornerstone appealed the decision to the tribunal.

However, Judge Anne Scott dismissed the appeal last week alleging that the ‘burden’ of maintenance obligations caused by the footpath does not ‘impinge so heavily on [the Averdiecks] that the lane cannot be residential property.’

‘The Lane is used by the appellants since they use it whenever they come in or out of the Property. They can use it for walking as the members of the public do. Certainly, they do have the statutory obligations as does every other owner of a bridleway or public footpath,’ she said.

‘At the time the Property was purchased, Mr Averdieck knew about the five new houses and the farm and his obligations, so he did try to exclude the Lane from the purchase but that did not prove to be possible. I accept that he never wanted to own it but it was part of the ‘package’.’

She also ruled the footpath has ‘no requirement for active use’ and argued that ‘whether or not the appellants use the Lane beyond the point at which they turn off the Lane to drive up to their gates, is irrelevant.’

‘Whilst I accept that the farmer’s business is a commercial operation, it is conducted on his farm. It is no more conducted in the lane than it is on the main road,’ she said.

‘If Mr Averdieck or any of the five other householders who use the lane for access to their properties were to conduct a business from their homes, they would not be conducting their business from the lane.

‘The Amazon drivers making deliveries do so in the course of Amazon’s business but Amazon’s premises do not include the lane.’

Judge Scott concluded: ‘I do not accept that the lane constitutes a commercial operation. It is like any other public right of way and I find that it forms part of the grounds of the property.’

James Morley, Business Development Director at Cornerstone Tax told MailOnline: ‘There have been a number of decided cases in the area of mixed use in the courts – one of the most recent ones being Sloss 2021 FTSTC 1, which has nearly exactly the same facts to Mr Averdiecks case, went in favour of the taxpayer.

‘This remains a complex area and we, and other tax professionals, have repeatedly asked HMRC for clear and unambiguous guidance which they have so far declined to provide.

‘As a result many cases are being referred to the Tribunals for decisions where HMRC dispute the treatment adopted which is the only way taxpayers can achieve clarity under the law.

‘As a firm we will continue to take cases where we believe that there is merit in the case and a significant chance of being successful.’

Mr Averdieck – who sold Gü to Noble Foods in 2010 for £32.5million and now runs Coconut Collaborative –  told The Times he was away with family in a place ‘where connectivity is very bad’ and declined to comment.

Neither the entrepreneur nor his legal counsel had responded to MailOnline’s request for comment at the time of publication. 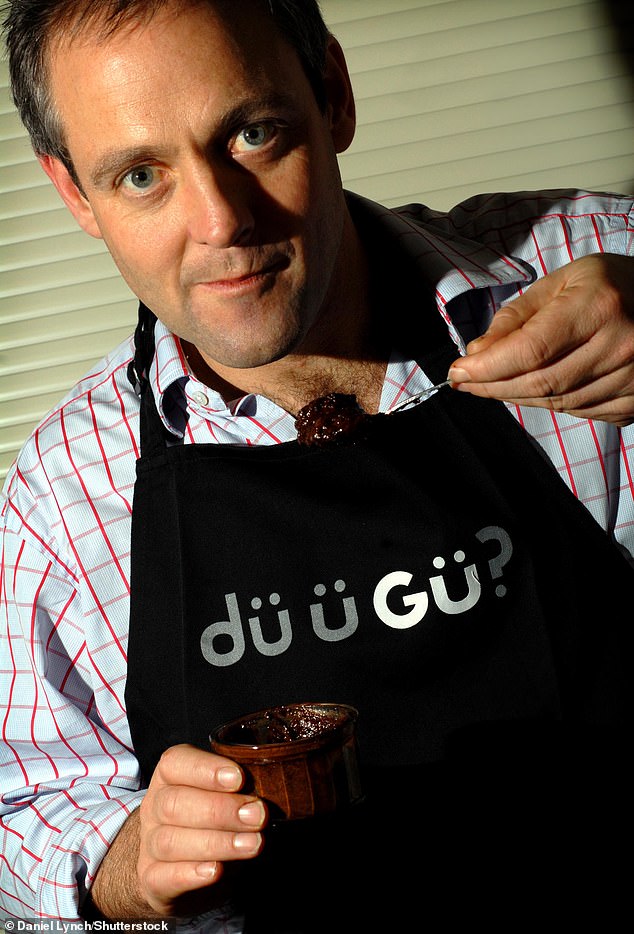 Tax refund company Cornerstone argued during the couple’s first-tier tax tribunal that the Averdiecks (James Averdieck is pictured in 2006) should pay less duty because the footpath was commercial land. The judge rejected Cornerstone’s claim and ruled the couple should have paid the entire tax rate

HMRC warned other clients to be cautious when using tax refund agents, which have caused controversy as of late.

‘We are seeing obviously spurious refund claims that are never going to succeed but will lead to an unnecessary bill for the customer,’ Nicole Newbury, HMRC’s director for wealthy and mid-sized businesses, told the The Times.

‘If it sounds too good to be true, it probably is.’

Some accountants, noting how the Averdieck verdict is the latest controversy among tax refund agents, claim the companies persuade clients to pay ‘too little’ duty.

In fact, Cornerstone founder David Hannah was ordered last year to pay back £30,600 in stamp duty after a judge determined he dodged the tax in 2011 when purchasing his own home.

The year prior Mr Hannah, 61, was ordered to pay £60,000 in penalties, fines and court costs after down playing the risks of a stamp duty avoidance scheme to a client.

He reportedly admitted in court that he repeated that advice to ‘up to 40 or 50 clients each week.’

Mr Hannah denied all wrongdoing in the cases and appealed the verdicts. He retired in March due to ‘ill-health.’