‘It might be the appropriate outcome’: Henry Kissinger, 99, says he is no longer opposed to Ukraine joining NATO and says the war-torn nation can never be neutral again

Kissinger, who has long maintained that Ukraine should remain neutral and autonomous, conceded that the nation joining NATO would be an ‘appropriate outcome’ in light of the latest conflict.

The 99-year-old was speaking at the World Economic Forum’s annual meeting in Davos, Switzerland, Tuesday.

His comments come a day before Russian President Vladimir Putin is set to deliver an ‘important statement’ concerning the war in Ukraine on Wednesday. 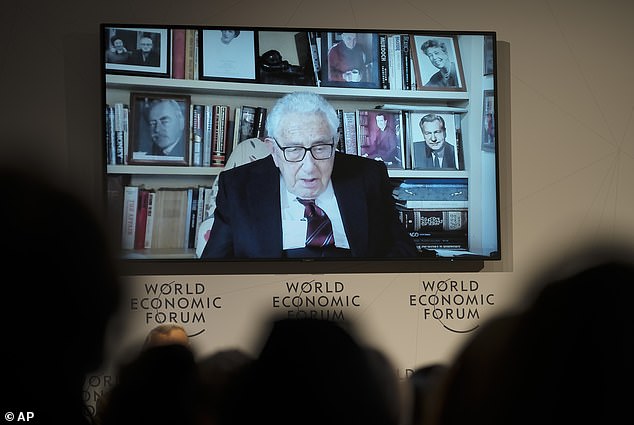 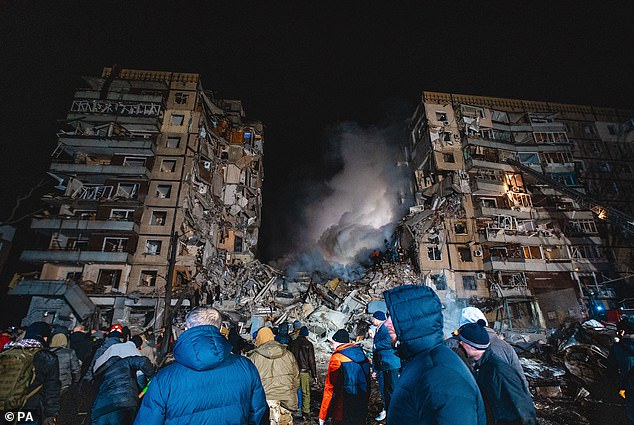 Previously Kissinger has reiterated a belief that the key to Ukraine’s success is not to align itself with the East or the West but to maintain its own identity and governance.

‘If Ukraine is to survive and thrive, it must not be either side’s outpost against the other — it should function as a bridge between them,’ he wrote in the Washington Post in 2014.

But in Switzerland on Tuesday he had a far different tune, arguing that Ukraine joining NATO and casting its lot in with Europe may be the only way forward.

‘The idea of a neutral Ukraine under these conditions is no longer meaningful,’ he said. 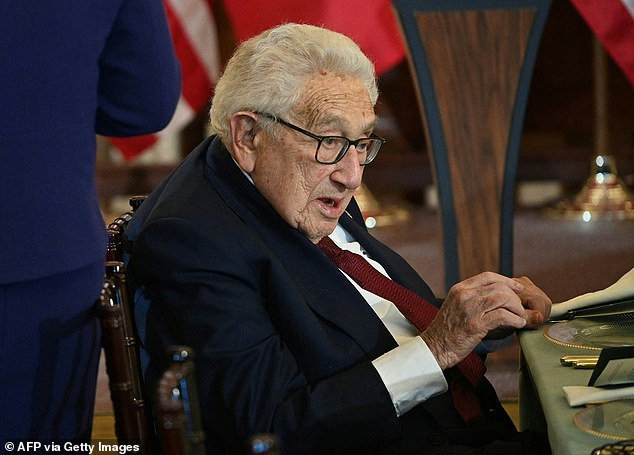 Kissinger, 99, attends a luncheon at the US State Department in December, 2022 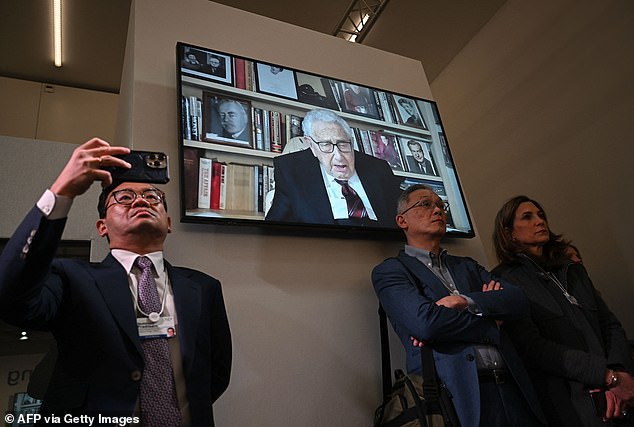 Kissinger said dialogues should be kept open between Russia and other nations even as the fighting continues in Ukraine.

He said Ukraine should continue trying to recapture its territory, and that should be done in conjunction with negotiations for peace.

Kissinger added that the west should not engage in direct conflict with Russia and that it was vitally important that the country be allowed to rejoin international networks once the conflict was resolved.

He also cautioned against the US and superpowers like China allowing hostilities to escalate, saying conflicts between nuclear-armed nations with increasingly adept artificial intelligence capabilities could be devastating.

‘Each side needs to consider for itself how the threat to human survival of the destructiveness of weapons, coupled with making them almost conscious in their application, can be dealt with,’ he said. 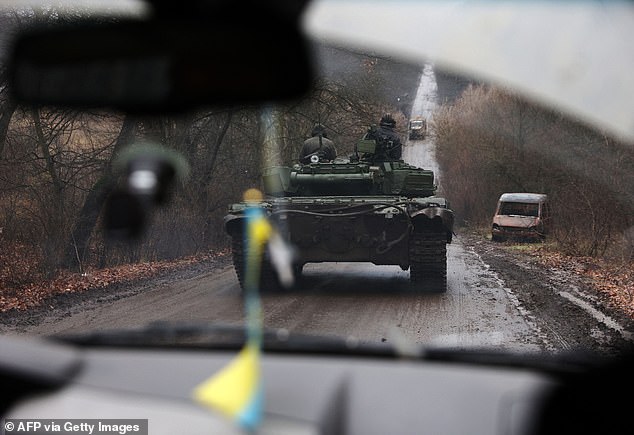 Ukrainian servicemen drive a tank in eastern Ukraine on November 22, 2022 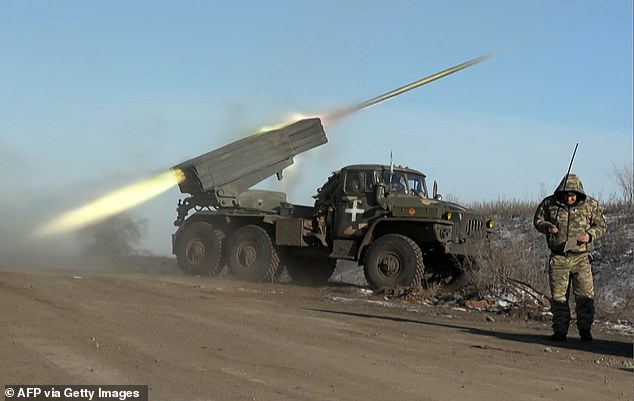 Footage shows a member of Ukraine’s military looking away as a BM-21’Grad’ MLRS 122mm rocket launcher fires on the outskirts of Soledar on January 11, 2023, where some of the Ukraine war’s bloodiest fighting has taken place in recent weeks 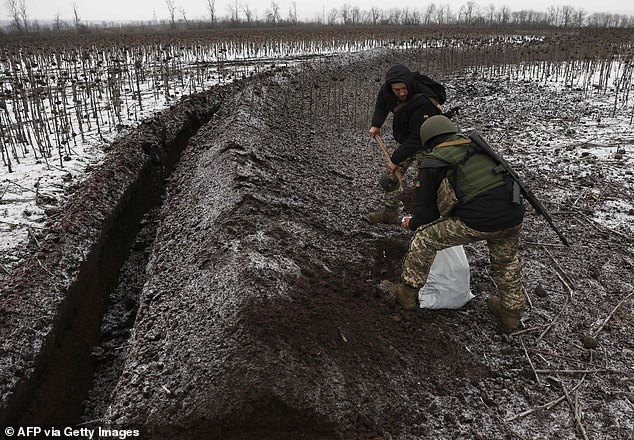 Ukrainian soldiers equip trenches on a field not far from Soledar, January 14, 2023

Kissinger’s insight and warnings come as Vladimir Rogov, a member of the Administration Council of the Zaporizhzhia region, announced the Russian president would be delivering a speech with an important announcement Wednesday.

The address will be part of events marking the 80th anniversary of when Russians broke the siege of Leningrad by the forces of Nazi Germany when Soviet forces managed to open a narrow land corridor to the city on January 18, 1943.

As chairman of the We Are Together with Russia, Rogov advocates for the occupied regions of Ukraine to be fully absorbed into the Russian Federation.

He made the announcement on his Telegram channel, and it was later reported by Russian media. However, no official statement from the Kremlin has yet been made.

Public appearances by Putin have often been teased by Russian officials, before being canceled at the last minute. The practice makes Putin’s movements difficult to track and could be a tactic for that exact purpose.