A Victorian Labor MP has called for a long-standing home for some of Melbourne’s most marginalised residents to clean up its act or close as a row rages over living conditions at the facility in Melbourne’s west.

Melton MP Steve McGhie said that in his less than three years in State Parliament he had had multiple complaints about health and welfare issues at Meadowbrook, a supported residential service in Melton South. 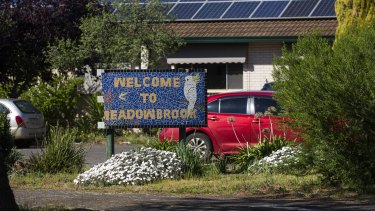 “I don’t believe this facility meets appropriate standards for housing these residents,” Mr McGhie told The Age. “It should be brought up to standard and if it can’t be, it should be closed.”

He said all such facilities should meet appropriate standards.

In a speech to Parliament this month, Mr McGhie blasted an unnamed facility in his electorate. The Age has confirmed that the centre was Meadowbrook.

He told Parliament that complaints about the unnamed facility had included that it did not provide adequate nutrition to people with complex dietary requirements, it withheld food from clients for apparent disciplinary reasons, and residents were being prevented from leaving and family from visiting.

“The key concern is that it is profit-centric to the detriment of clients’ wellbeing and dignity,” the former ambulance union chief said in Parliament of the unnamed facility. 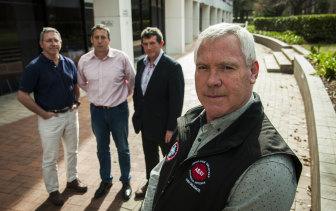 MP Steve McGhie (front) in his time as an ambulance union leader.Credit:Elesa Kurtz

Meadowbrook’s long-time proprietor Pradeep Divakar hit back angrily, insisting his local MP had been “manipulated” by complainants linked to rival National Disability Insurance Scheme service companies who are seeking to relocate residents for their own commercial gain.

Mr Divakar defended the quality of the food and nutrition at his facility and denied that residents were prevented from leaving or having visitors.

He stressed that Meadowbrook was visited regularly by Community Visitors – state government-authorised volunteers who routinely check such facilities – without a single serious complaint reported over seven or eight years.

“We are monitored heavily by the Department of Health,” he said.

Mr Divakar said the compliance issues were minor. He has delayed further action over the compliance notices by challenging them at the Victorian Civil and Administrative Tribunal. The matter has been held up by COVID-19.

The row erupted after The Age revealed last week that Meadowbrook was immersed in an ugly turf war between rival groups of disability accommodation and support businesses competing for the right to win access to residents’ lucrative NDIS packages.

Meadowbrook is located in an 80-year-old former hospital building and is one of Victoria’s 117 state-regulated but privately owned supported residential services that house about 4000 Victorians with disability and mental illness. 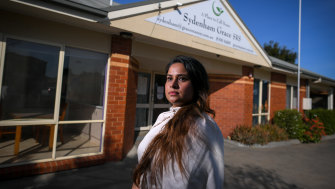 Increasingly, Meadowbrook and state-regulated facilities like it are losing residents and income to “pop-up” accommodation in private rental housing in outer Melbourne where there is little government oversight or tenancy safeguards.

On Monday The Age reported mounting concern among state and federal agencies and MPs, including federal opposition NDIS spokesman Bill Shorten, about the lack of government scrutiny of the pop-up accommodation. Mr Shorten likened the sector to the “wild west”.

In a letter defending Meadowbrook to the state government’s Office of the Public Advocate, Mr Divakar wrote: “NDIS is a miracle for some [people with disabilities] but a curse for many.”

Mr McGhie’s address to Parliament was in support of legislation establishing a new social services regulator with more muscle to police supported residential services like Meadowbrook.