FURIOUS homeowners claim their neighbourhood has become a "toy town" after the council painted the road RED to make it safer for cyclists.

A street in Acklam, Middlesbrough, has had patches of tarmac painted the garish colour to warn cyclists that a driveway is approaching. 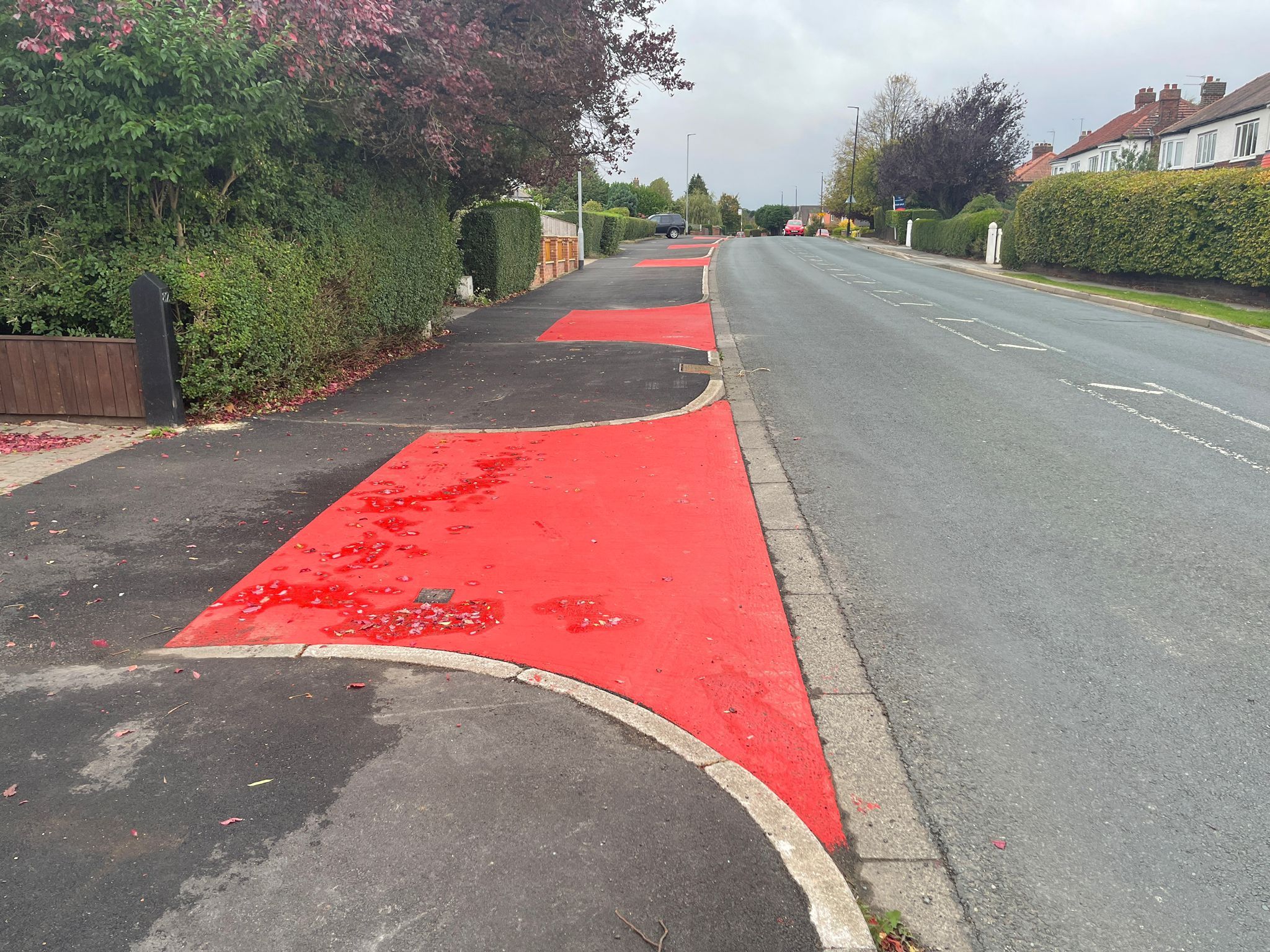 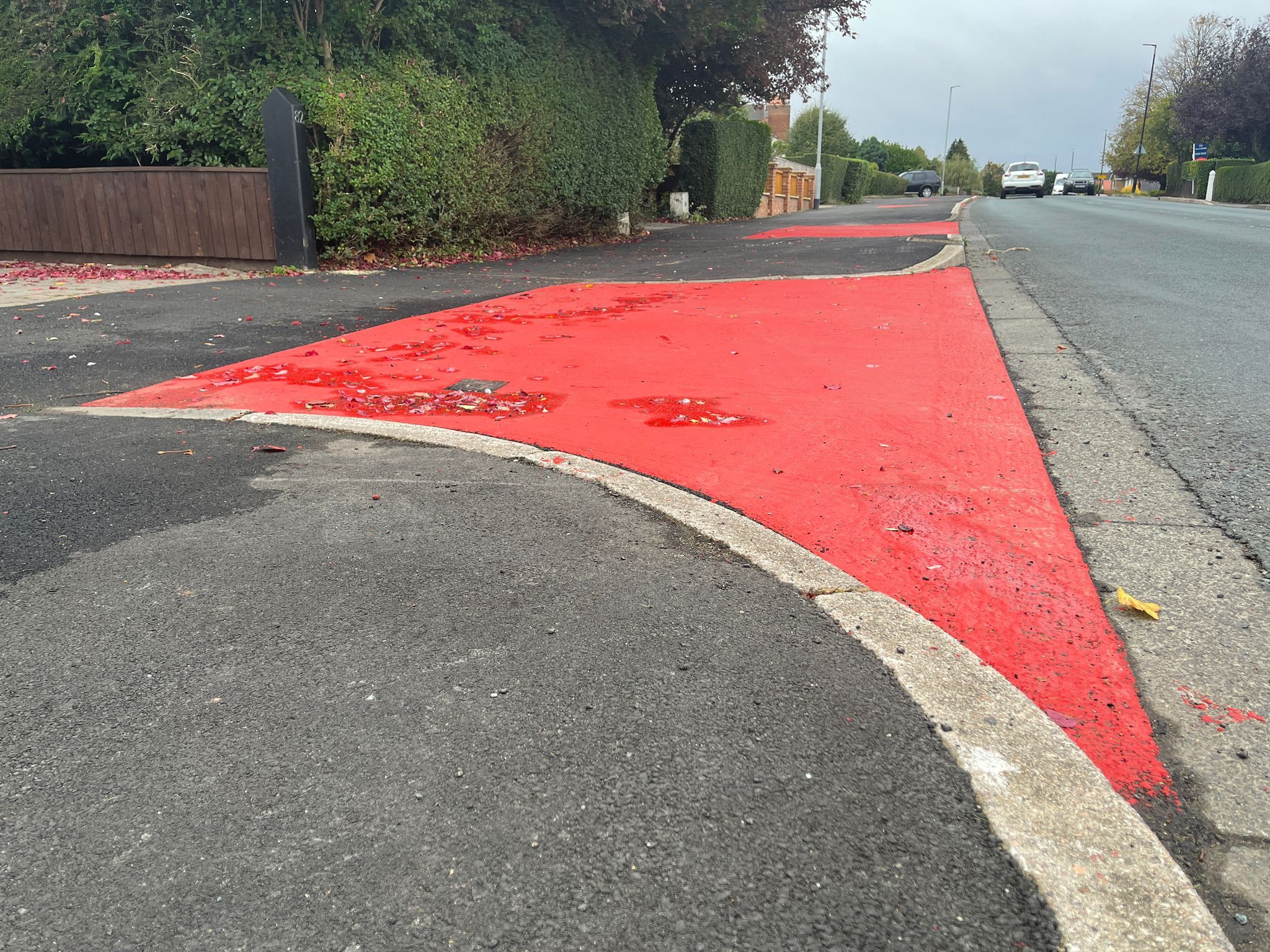 While some people have hailed the council for "tidying up" the otherwise dishevelled-looking grass verges, others have blasted their decision as "awful".

Tony Butterfield, 76, lives on the affected street – and claims the move has made the row go "from tarmac city to toy town".

He told Teesside Live: "The road has lost its character with the grass verges gone.

"It’s awful, why couldn’t they have done it green, even that wouldn’t have been so bad."

He claims his annoyance stems from cyclists hardly ever using the path – instead opting to zoom down the road alongside cars.

Tony added: "I think I have seen, five at the most, using it, they just stay on the road.

"It’s not worth it for them, they have to go to the traffic lights and change the side of the road. Cyclists don’t want to do that.

"We do get a lot of, almost semi-professional cyclists in their lycra, they do come down on a Sunday. Perhaps ten together, but they don’t use the lane."

"Cyclists will know there are drives coming out because there are houses there."

Gerry called on the council to paint the area black instead of garish red – if the grassy verges that used to be there cannot be put back.

But Kenneth Spragg said while the loss of the grass areas has "tidied up" the street, it is still a "complete waste of time".

He said cyclists "still go on the road, they don’t go on the path" – but said the red colour chosen by the council "doesn’t bother me at all".

A Middlesbrough Council spokesperson said: "The red surfacing is designed to highlight potential conflict locations on the cycle route, and remind all users to approach with caution.

"These have been sited further away from the drive entrances than the existing footway to provide more space for improved visibility of faster moving users.

"This cycle route part of a wider council drive to create a cohesive network, enabling as many people as possible to undertake sustainable journeys.

"Low Lane and Ladgate Lane form a major strategic east/west transport corridor for the borough and beyond, and this scheme is part of our long-term aim of creating a more joined-up network for all highway users."