A brazen Hong Kong burglar made off with a collection of stamps and calligraphy worth a reported £400million in a daylight heist, a police source said Wednesday.

The stolen goods were worth HK$4 billion (£398 million) and included calligraphy by Chairman Mao Zedong, five extremely valuable antique stamps and revolutionary items from mainland China, according to the South China Morning Post. 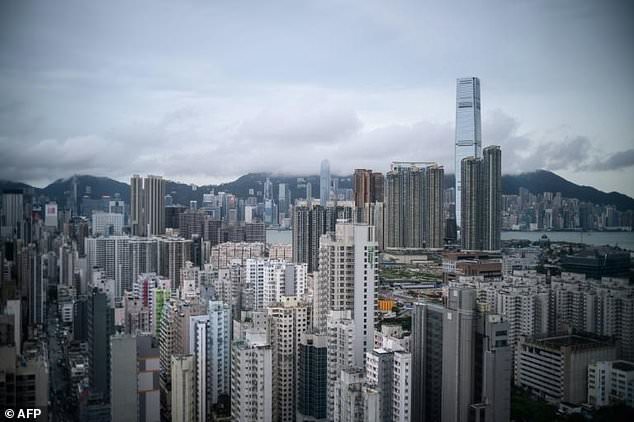 The thief struck an apartment belonging to Chinese collector Fu Chunxiao in the city’s bustling Kowloon district. The thief walked into the 16-storey residential building, forced open an iron gate and burst through a wooden door to get inside the apartment before dashing off

Fu, a member of the Hong Kong Philatelic Society, was in mainland China at the time of the burglary on Thursday September 10, said the police source, who asked not to be named.

He currently lives on the mainland but has used the flat for storage.

The thief walked into the 16-storey residential building, forced open an iron gate and burst through a wooden door to get inside the apartment, before making off via the same route with the goods.

The SCMP cited a source who said the value of the stolen items emerged after Fu’s daughter arrived in Hong Kong to help the police probe.

The valuable goods were taken from a locked drawer in the apartment, the source told the newspaper.

The source also suggested that there might have been two burglars involved while police were hunting for the suspects who were captured on CCTV footage as they left the building.

A third police source reportedly said the break-in did not appear to be ‘the work of professional burglars’.

He told the newspaper: ‘It was possible the burglars had information that the occupant was not in town and that his flat stored the expensive items.’

The reported heist in Hong Kong is four times bigger than what prosecutors called ‘Britain’s largest burglary in legal history’ – the Hatton Garden heist in 2015.

The total stolen jewels have a value of up to £13.6million.

The greatest heists of 21st century

The Graff Diamonds heist is thought to be the biggest jewellery raid in Britain and is among one of the smartest in history, according to The Week.

At 4.40pm on August 6, 2009, two sharply dressed men posing as customers entered the premises of Graff Diamonds in New Bond Street, London and stole jewellery with a value of nearly £40million.

They used a professional make-up artist to disguise their appearances and a series of getaway cars to escape across the capital.

The robbers were caught shortly after police searched one of the getaway cars abandoned by the robbers. A pay-as-you go mobile phone was discovered that robbers Aman Kassaye and Craig Calderwood left in the car after ramming into a black cab.

After the collision, in their haste to transfer to a second vehicle, the robbers forgot the mobile phone that was wedged between the driver’s seat and the handbrake. Anonymous numbers stored on the mobile phone quickly allowed police to discover the identity of the robber.

The Banco Central burglary in Brazil, considered to be one of the world’s largest heists, was carried out by a small gang who tunnelled 250 feet into the bank’s vault.

On Saturday, August 6 of 2005, a gang of burglars tunnelled into the bank and removed five containers of 50-notes.

The robbers rented out a property near the bank and disguised it as a landscape business, allowing them to move large amounts of dirt and rock without suspicion.

It took them three months to construct the tunnel which contained a sophisticated lighting system and even air conditioning.

The money was uninsured, a bank spokesperson stating that the risks were too small to justify the insurance premiums.

The burglars managed to evade or disable the bank’s internal alarms and sensors, and the burglary remained undiscovered until the bank opened for business the following Monday.

While smaller in scale than other heists on the list, the Hatton Garden case captured the public’s imagination, tapping into a romanticised view of a traditional bank heist.

The burglars worked through the four-day weekend of the Easter Bank Holiday, when many of the nearby businesses (many of them also connected with Hatton Garden’s jewellery trade) were closed.

There was no externally visible sign of a forced entry to the premises. It was reported that the burglars had entered the premises through a lift shaft, then drilled through the 50-centimetre (20-inch) thick vault walls with a Hilti DD350 industrial power drill.

The heist received even greater attention when it was revealed it had been orchestrated by four pensioners.

It was later turned into a film, King of Thieves, starring Matthew Goode and Joely Richardson.

This is considered the largest bank heist in history and one of the most contentious.

In March 2003, just days before the US invasion of Iraq, the country’s dictator Saddam Hussein siphoned nearly $1bn from the Central Bank.

It was discovered a few years later in a hand-written note that the Iraqi president had ordered the bank to give $920m (£560m at the time) and $100m (£60m) worth of euros to his son Qusay.

Hussein’s son personally oversaw the boxes of $100 bills loaded into trucks during a five-hour operation, according to bank officials.

Approximately $650m, possibly part of the hoard, was later found hidden in the walls his palace. Qusay was killed by US troops in a firefight in July 2003 and less than half of the money was ever recovered.