The video – released by NYPD Crime Stoppers on Sunday – showed the gun-toting man walk up to a Bronx apartment building and pull his firearm's trigger. 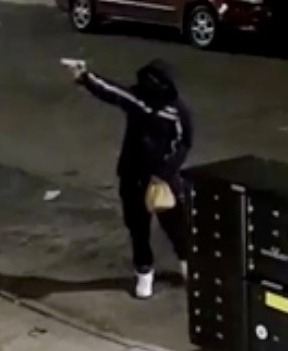 The shooting took place near Bryant Ave. and Freeman St. at approximately 11.40pm on June 15, according to the New York Daily News.

According to the footage, the assailant appeared to empty his gun clip before fleeing the scene.

Sources told the news outlet that no one was injured in the shooting.

Police reportedly suspect the shooter was aiming at an ex-lover's window.

The New York Police Department has urged the public to help identify the suspect. 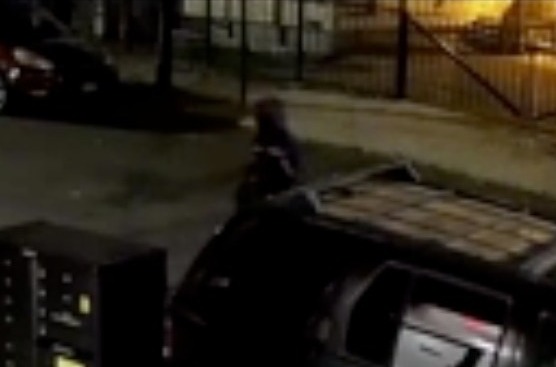 Anyone with information regarding this shooting is encouraged to call NYPD Crime Stoppers at 1-800-577-TIPS.

A tip that leads to an arrest and indictment will be rewarded up to $2,500, according to the New York City Police Foundation.