House buyers in Welsh-speaking communities may have to start proving they can speak the language in a bid to curb the number of second home buyers in the country.

The proposed ‘Fair Chance’ scheme has been brought in to tackle the lack of affordable housing in Wales, particularly in places where there are large numbers of second homes.

In some areas, second homes make up almost 40% of housing in Wales which has been further increased by Brexit and the Covid-19 pandemic.

But the new scheme means that Welsh-speakers could be pushed to the front of the property queue in the latest move to address the housing crisis in Wales.

It is believed that the scheme will be voluntary and sellers may be able to offer their properties to locals for a set period before they go onto the open market to everyone else.

The trend of buying second homes has created a social crisis with a generation of young people unable to buy homes in the places where they grew up, driving migration and fuelling resentment. 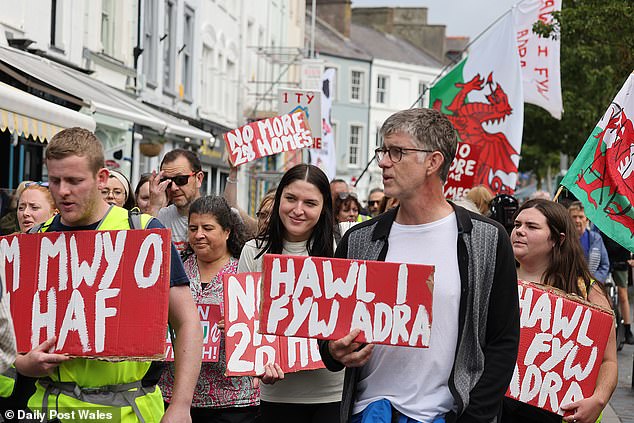 Steps to protect Welsh place names will also be announced by the Welsh Government today at the National Eisteddfod in Tregaron, Ceredigion.

Overseeing the measures will be a new ten-strong Commission for Welsh-speaking Communities in Comisiwn Cymunedau Cymraeg, where experts will combine to help protect the Welsh language.

In Tregaron, Jeremy Miles, minister for education and Welsh language, will give a taste of Cardiff’s plans to safeguard Welsh-speaking communities – and to stem the rise of second homes.

‘For the Welsh language to thrive, we need sustainable communities and good job opportunities in the areas where it is widely spoken,’ he said.

‘This isn’t about imposing solutions, so everything we do will be in line with local communities’ aspirations.’

But there is still major concern over whether houses will even be affordable, given their sharp rise in price in recent years.

Critics have called for the supply of affordable housing to increase before the property crisis can be eased.

The Welsh Government said it will work with estate agents in worst-hit communities ahead of the publication of the final Welsh Language Community Housing Plan (WLCHP) in the autumn. 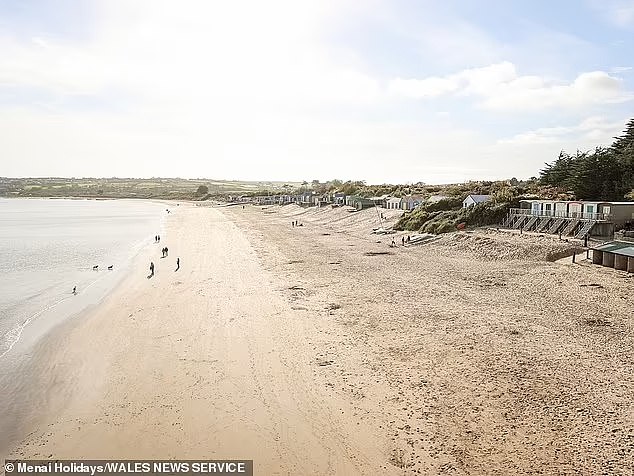 Second home buyers have played a role in pushing house prices up but new curbs may force them out as the Welsh government looks to offer Welsh-speakers priority in the property queue. Pictured: Abersoch, North Wales – known by some as Cheshire by the Sea due to its popularity

What are the new Welsh housing rules?

In Wales at the moment the rules for second homes and holiday lets are far more generous.

Under current legislation properties available for let for at least 140 days, but only let for 70, only have to pay business rates.

The new rules – which come in next year in April – are much stricter.

They say properties will need to be made available for at least 252 days, and actually let for 182.

If they don’t fulfil these criteria they will have to pay council tax, which will be more expensive for owners.

Councils will be given discretionary powers to increase council tax premiums on second homes – and long-term empty homes – by up to 300%.

This plan will also include support for social enterprises and community housing co-operatives, as well as steps to protect Welsh place names from erosion by English language alternatives.

Chairing the Commission is Swansea University academic Dr Simon Brook whose appointment stems from an independent review of second homes policy he undertook for the Welsh Government in 2021.

The report led to a handful of interventions implemented by Welsh Labour and Plaid Cymru as part of their Co-operation Agreement, most notably when it was announced councils will be given discretionary powers to increase council tax premiums on second homes – and long-term empty homes – by up to 300%.

From next April, self-catered accommodation must be let for half the year to avoid council tax premiums.

The measures appear to be having an effect already, with second home numbers falling slightly in counties like Gwynedd as owners grapple with a 100% council tax premium.

Despite the interventions, there is still concert that there is little being done to address the rise of Airbnb short-term holiday lets which has further tightened property supplies.

Mr Miles expects the Commission to provide more solutions and warned some may be ‘difficult’ to swallow.

‘I’ve said many times that the Cymraeg belongs to us all, as does the responsibility for its future,’ he said. ‘We’ll have to be brave and tackle things together that might be difficult.

‘I’m sure that some of the things the Commission will tell us will be challenging, but that’s important – that’s what will help us find the most effective answers!’

Comisiwn Cymunedau Cymraeg will produce a report spanning policy areas from education to the economy. Its views are expected to be ‘candid’.

As chair, Dr Brooks said the report will ‘examine the linguistic reality of Welsh-speaking communities’ in order to ‘safeguard them for future generations’.