A HUGE twister has been spotted circling over Teesside today as Britain is set to be battered by storms.

Shocked locals in Darlington and Stockton-on-Tees shared dramatic photos of the extreme weather which "looked like a tornado". 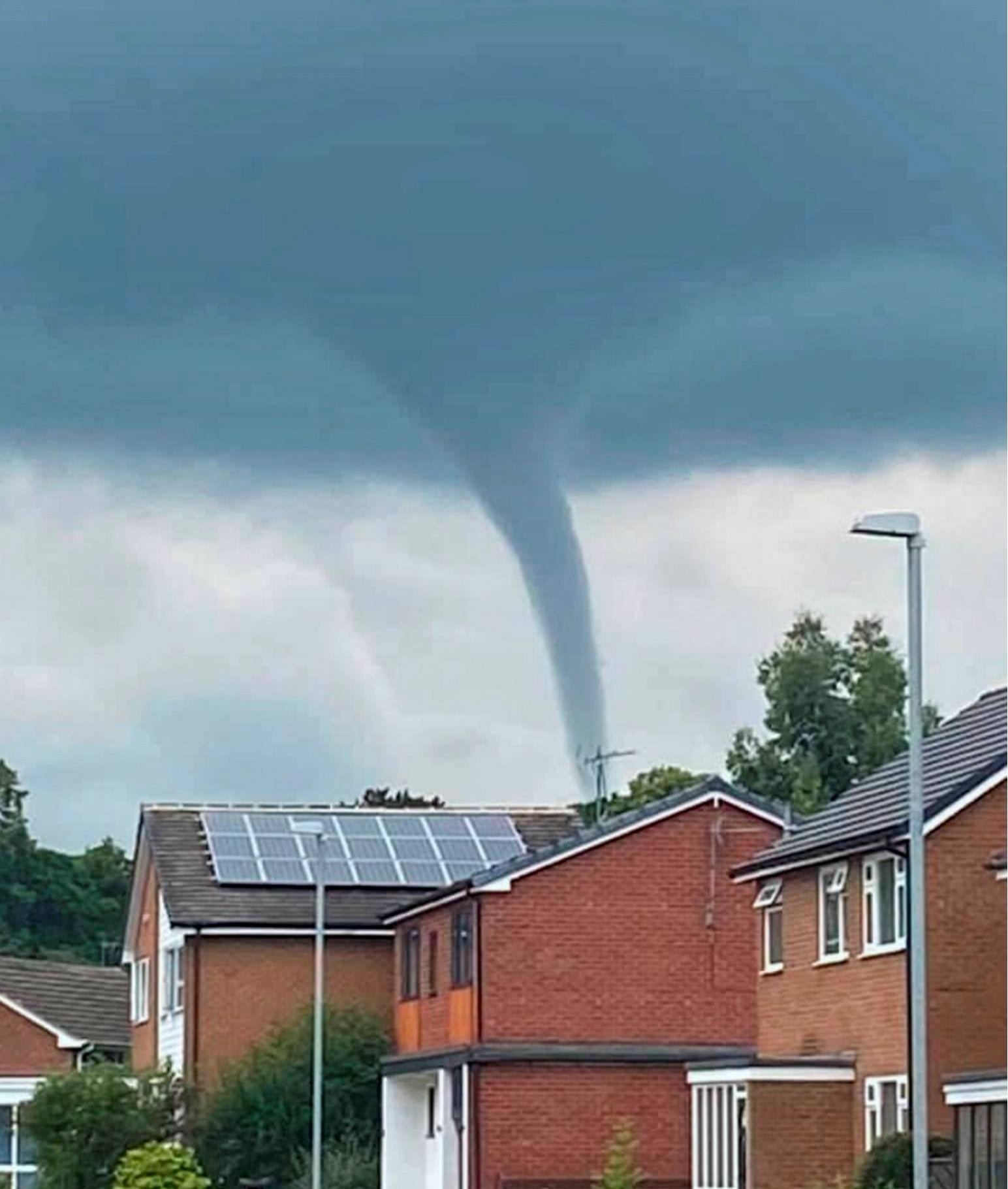 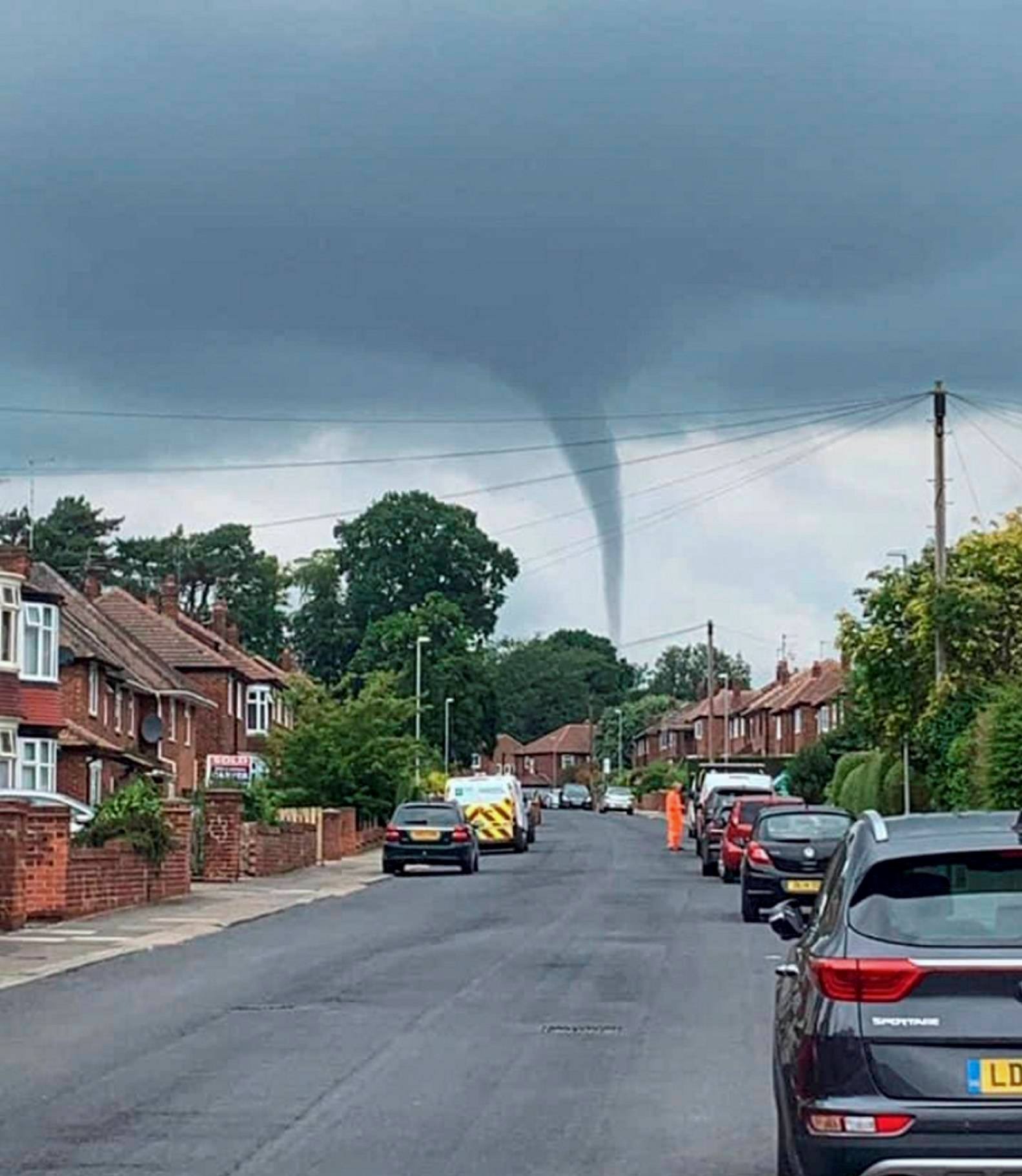 Andy told the Gazette: "I was getting into my van when I saw what looked like a Tornado – I spent a minute or two trying to figure out what it was.

"I've not seen anything like this before in our area."

Comedian Bryan James tweeted a clip of showing the 'twister' behind terraced homes at around midday on Friday.

This comes just after a tornado-like funnel cloud was spotted sweeping across Lincolnshire yesterday afternoon.

While they've been described as tornadoes, it's understood they are actually funnel clouds due to their positioning in the sky.

The natural phenomena have occurred as the UK prepares for thunderstorms and subtropical air ahead of next week’s heatwave.

Temperatures are set to rocket to 27C, with hot weather expected to last from July 19 to August 2. 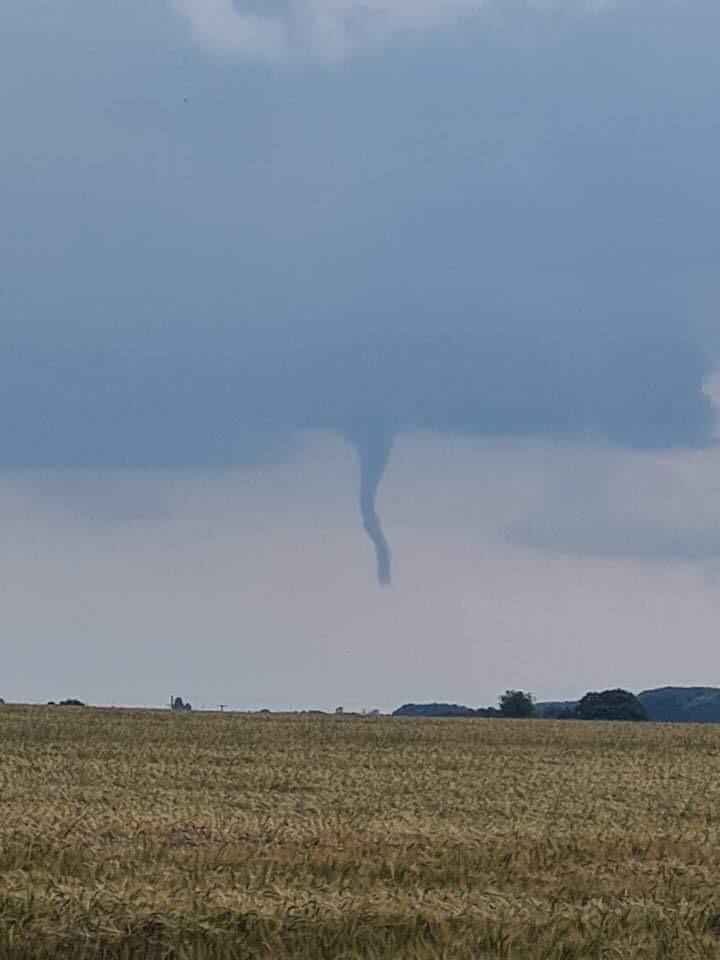 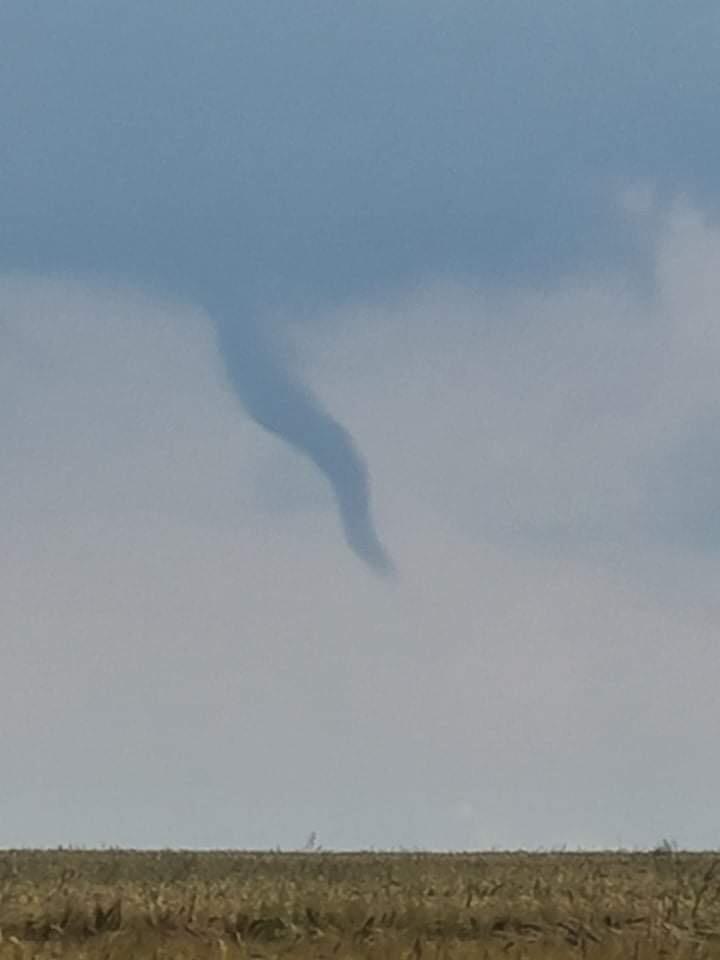 The twister flew trees and debris in the air, destroyed brick walls and ripped slates from roofs.

Similarly last year, a tornado was spotted over moorland before the UK saw a heatwave the following week.

“In a typical year, the UK sees around 30-35 tornadoes each year, though it is very rare that are they strong enough to cause any significant damage.

“In the UK they often look like thin dangling bits of rope, hanging from the cloud above. But in hotspots such as tornado alley in the USA, funnel clouds can sometimes be thicker and much more intense.”