Grooveriders! Moment ‘hundreds’ of cyclists follow party bus around Liverpool as it blasts out music played by DJ after similar move was a hit in Berlin

Hundreds of youths on bicycles followed a party bus through the streets of Liverpool on Saturday night as it blared out dance music.

The unconventional live music event took place from the top deck of a bus that was trailed by cyclists as it drove through the city for two hours.

‘Rave and Ride’ evaded social distancing rules as it was held on wheels but was later shut down by police as ‘too many people enjoyed it’. 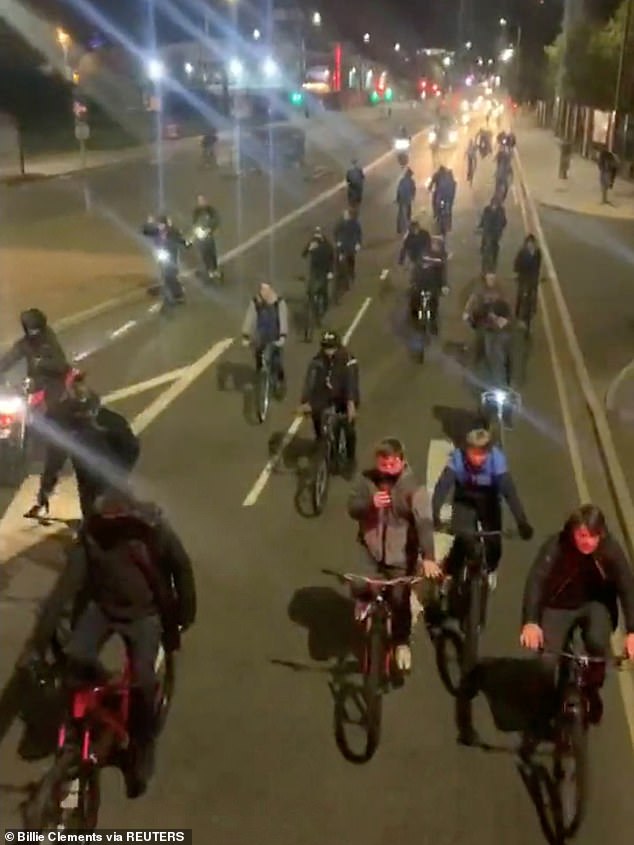 Footage of the event shows scored of teenagers on bikes and scooters following the VIParty bus that is blaring dance music.

Revellers took off from the Dock Road, Liverpool and travelled past the Liver Building and through the city.

Local DJs Billie Clements and Robert McPartland played electro and house music for the ride which reportedly saw ‘hundreds’ of people joining in throughout the night. 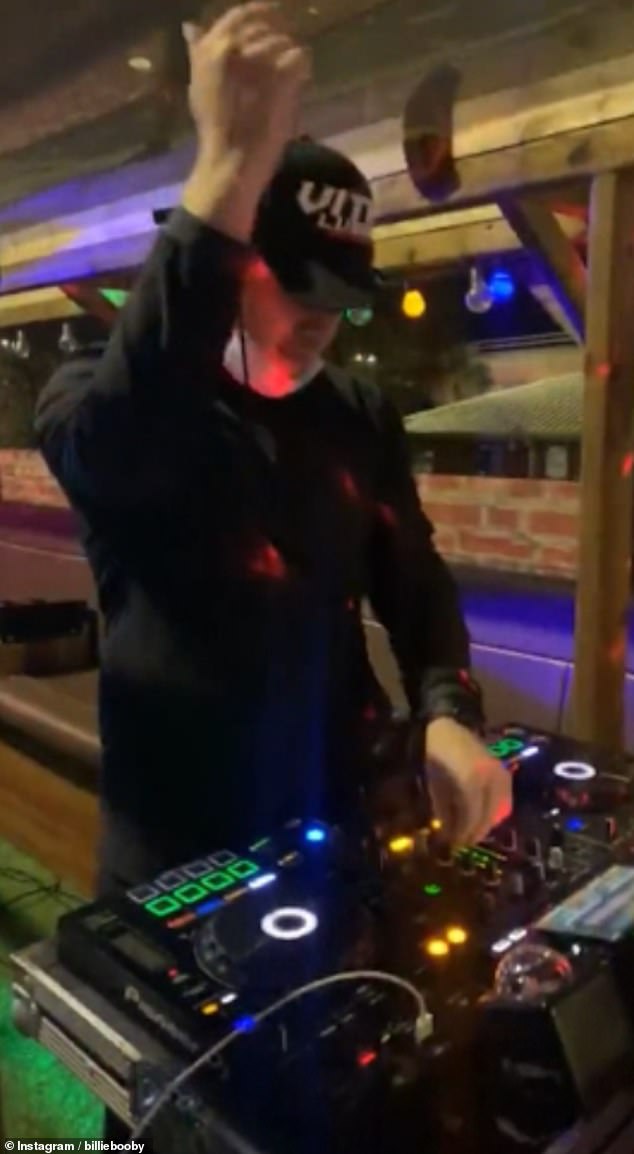 Speaking on her Instagram story, DJ Billie Clements said: ‘Big thank you to everyone who joined us on the Rave and Ride.

Actor and Liverpool ambassador Philip Oliver said: ‘A massive thank you to Billie and Rob for the Rave and Ride, that was unbelievable.

‘Just too many people enjoyed it, that’s just a shame that the police had to shut it down.’ 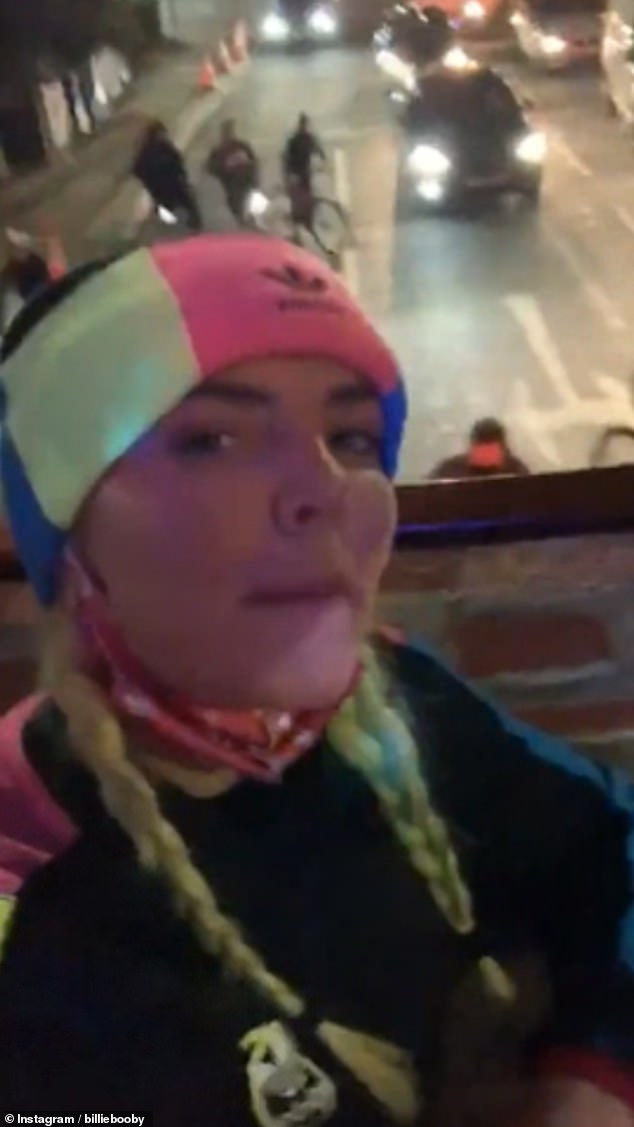 It follows a similar event that took place in Berlin in August. Pictured: DJ Billie Clements on the top deck of the Rave and Ride bus

The bicycle rave follows a similar event that took place in Berlin on August 28 and was dubbed the Technobike.

The pandemic has continued to badly affect the nightlife industry with clubs and live music venues remaining closed under current restrictions.

The threat of the coronavirus has created a major crisis for nightclubs in the UK with over 750,000 jobs at risk.

It remains unclear how and when these venues will reopen their doors but for now some have found new ways to party.