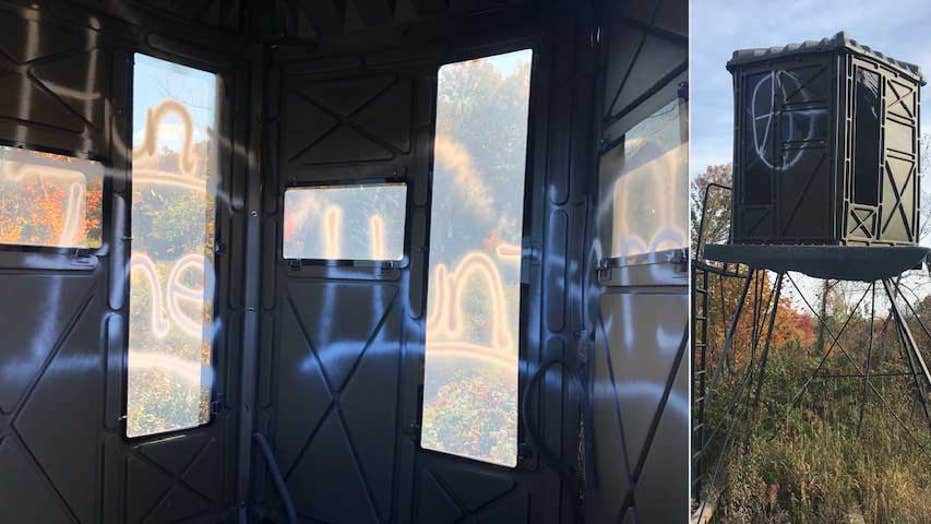 For the second time in just weeks, deer stands in Wisconsin’s Dunn County were discovered vandalized with messages targeting the area’s hunters, including one message which read, “Hunt the hunters.”

On Friday, the Dunn County Sheriff’s Office confirmed that the second deer stand — located in the Township of Dunn — had been spray-painted with the message, as well as what appeared to be the logo for the Animal Liberation Front. 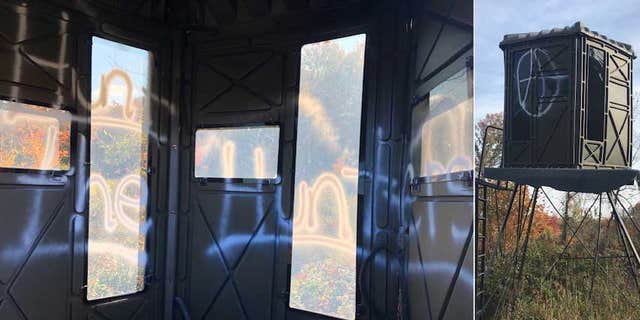 “The suspects also located and damaged several trail cams that would have caught their actions,” police wrote on Facebook.

This incident marks the second such incident in Dunn County since late September when vandals took down a deer stand in the Township of Sherman, spray-painting the structure with the words “All hunters are bastards,” as well “A.L.F.” — the acronym for the Animal Liberation Front.

The incidents follow two nearby cases of similar vandalism to deer stands over the past few years, police said. Authorities are now urging anyone with information into the crimes to contact the sheriff’s office. 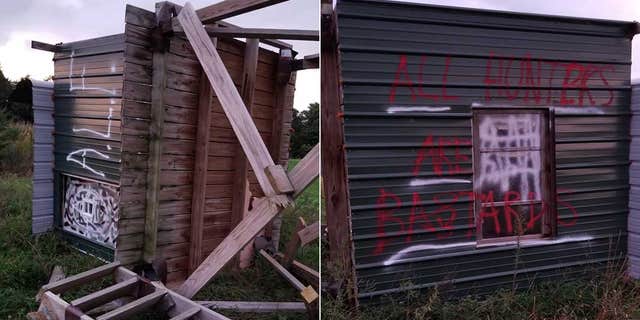 Police are also warning hunters to inspect deer stands for damage or tampering for their own safety.

“We are asking that the public again stay vigilant to suspicious activity and look over deer stands prior to utilizing them,” the Dunn County Sheriff’s Office advised.

Groups affiliated with the ALF have claimed responsibility for similar damage to hunting structures in the past. Most recently, suspects in France downed over a dozen hunting stands — or up to 22, as reported by the ALF — in Brittany earlier this month, according to French outlet Ouest-France.

A representative for the Animal Liberation Front was not immediately available to comment.