The husband of an Arizona woman who vanished while hiking with him in California last week said authorities consider him a prime suspect in the case.

Barbara Thomas, 69, was last seen July 12 with her husband Robert in the Mojave Desert about 20 miles from Interstate 40. She reportedly was clad in a bikini, hiking boots, and a baseball cap and didn't have any supplies or her cell phone at the time. The couple brought beer and water on the hike.

Robert Thomas told Inside Edition in an interview that aired Wednesday that investigators consider him a prime suspect because "it was just the two of us" in the sweltering desert. He also told the outlet he failed a lie detector test. 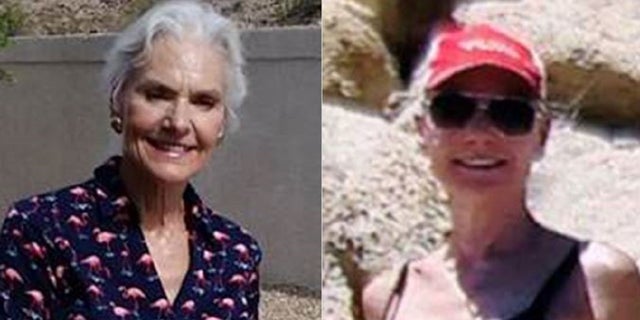 'Yes, I took a polygraph test, they told me I was being deceptive," he said. "I know that polygraphs aren't 100 percent and I hadn't had any sleep."

San Bernardino County sheriff's deputies, park rangers, and volunteers have scoured the desert to look for the grandmother as temperatures continued to climb into the triple digits this week.

During the interview, Thomas said he realized his wife was missing when he stopped to take a picture of a rock formation and saw her rounding a corner.

When he turned the corner, Barbara was gone and Robert Thomas assumed he would find her sitting outside their camper. 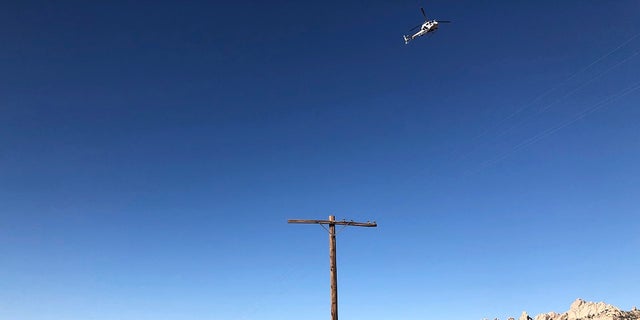 A search helicopter hovers overhead in the Mojave Desert near Needles, Calif., Saturday, July 13, 2019. Authorities in California say they are searching for a bikini-clad Arizona woman who went missing while hiking in the Mojave Desert.  (AP Photo/Dario Lopez-Mills)

"I hollered her name and I waved my arms, and I looked around the area and I saw that she wasn’t anywhere around. She didn't respond. I got really panicky," he said.

Thomas said he believes his wife was taken against her will because of what she was wearing and the beer she had. He insists he had nothing to do with her disappearance.