Incel killer’s rampage was sparked by row with mother: Inquest hears Jake Davison, 22, had ‘argument at home’ that led to parent becoming the first of his five victims in 12-minute massacre

Jake Davison, 22, killed his mother Maxine Davison, 51, at her home in the Keyham area of the Devon city before going outside and shooting dead four others in the 12-minute attack on the evening of August 12.

Three-year-old Sophie Martyn and her father Lee, 43, were shot dead in front of horrified onlookers as they walked their pet dog. Davison then shot Stephen Washington, 59, in a nearby park, before shooting Kate Shepherd, 66.

The apprentice crane operator – who was obsessed with ‘incel’ culture, meaning ‘involuntary celibate’, as well as having an interest in guns and the US – then turned the gun on himself before armed officers reached him. 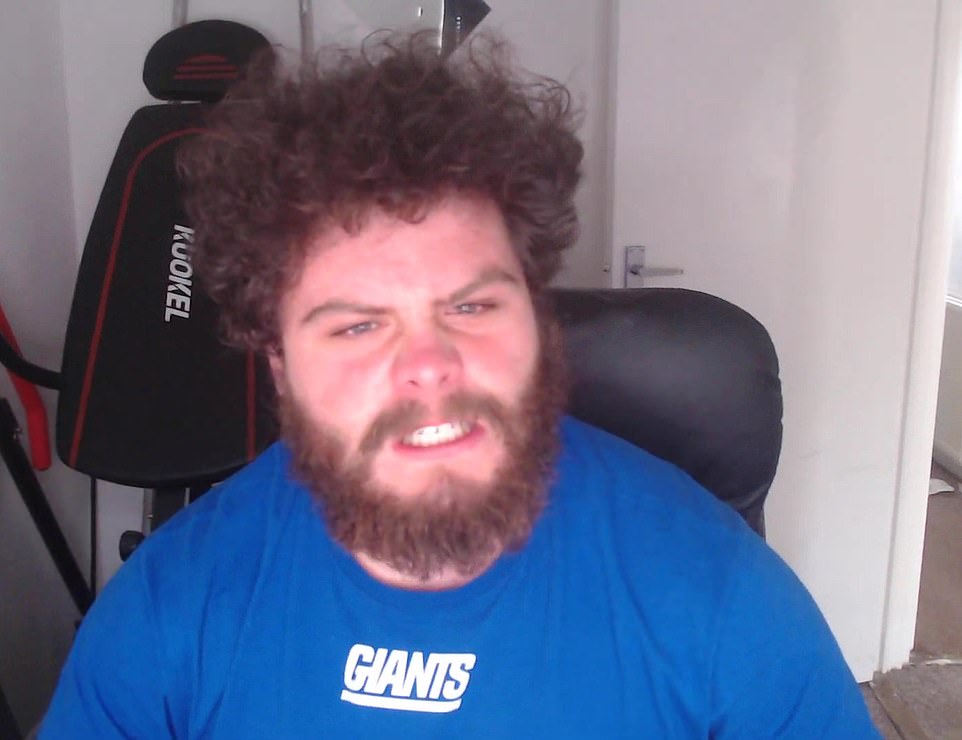 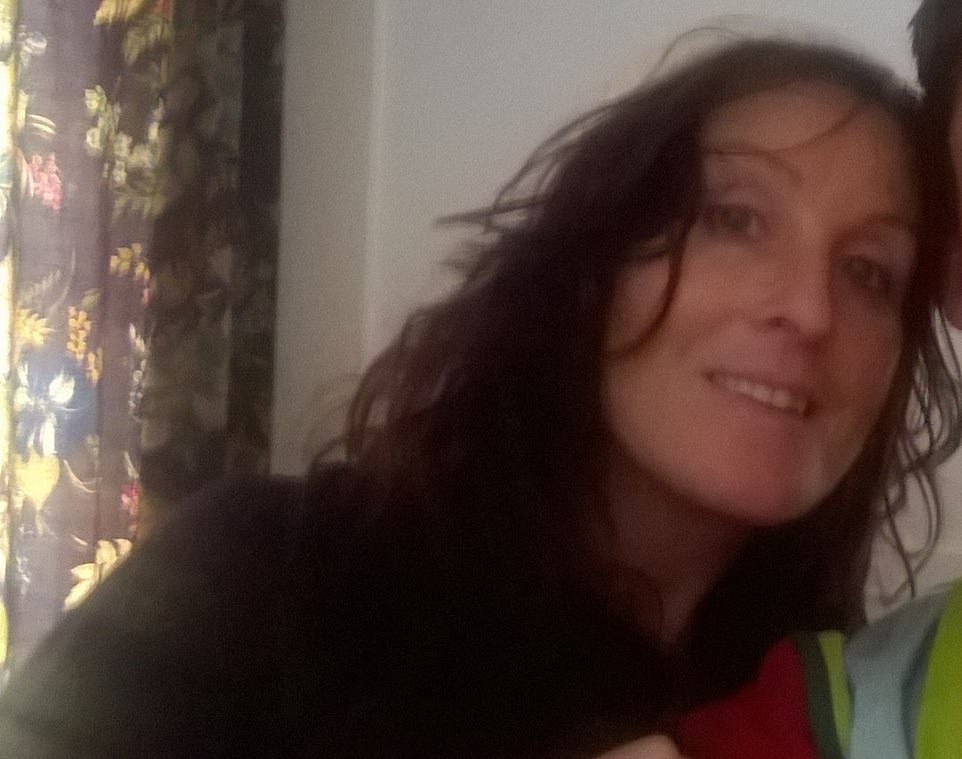 Davison killed his mother Maxine Davison, 51, at a house at the start of his murderous rampage through Keyham, Plymouth

He also received evidence from police of identification and the brief circumstances of their deaths.

Pope sends message of ‘closeness and blessing’ to families of victims

The Pope has sent a message of ‘spiritual closeness and blessing’ to the families of the victims of the Plymouth shooting.

The killings have shocked the community to the core, with many places of worship and other neighbourhood hubs opening their doors to offer support.

A letter to the Catholic Bishop of Plymouth, Mark O’Toole, on Tuesday, sent via Cardinal Pietro Parolin, read: ‘Saddened to learn of last Thursday’s shooting in Plymouth, his Holiness Pope Francis asks you kindly to convey to those affected the assurance of his spiritual closeness.

‘He joins you in commending the souls of those who died to Almighty God’s loving mercy and he implores the divine gifts of healing and consolation upon the injured and bereaved.’

The letter continued: ‘With prayers that Christ the Redeemer will grant to all the strength to renounce violence and to overcome every evil with good. His Holiness cordially imparts his apostolic blessing.’

Pope Francis’s letter comes in the wake of a service led by the Anglican Bishop of Plymouth, Right Reverend Nick McKinnel, in which he urged people to ‘rise above’ the need to find someone to blame.

The bishop praised the emergency services for rushing to the scene not knowing what they faced.

‘We appreciate and admire the calm leadership of the chief constable and the professionalism of those who serve under him,’ Bishop McKinnel said.

‘And I hope we can rise above the apparent need to always point the finger, always to find someone to blame, which is such an unattractive aspect of our culture.

‘There should be anger, but let us direct it at those who disseminate hate and feed on the insecurities, isolation and bitterness of confused and sick people.’

Detective Steve Hambly, the senior investigating officer, told the hearing all five had died from shotgun wounds and the results of histology and toxicology tests were pending.

He said Mrs Davison, a former trawler woman, had died at her home address in Biddick Drive, in the Keyham area of the city.

‘The circumstances of her death are that Maxine sustained fatal gunshot wounds following an argument with her son,’ he told the court.

‘Police are not looking for any other persons in connection with Maxine’s death. On present evidence the medical cause of death has been ascertained as shotgun wounds to the torso and head.’

‘The circumstances of his death was while walking with his daughter Sophie and the family dog, Lee was fatally shot by an assailant who was not known to him,’ the officer said.

‘The police are not looking for any other persons in connection with Lee’s death. By present evidence the medical cause of death has been ascertained as gunshot wounds to the torso and head.’

Referring to Mr Martyn’s daughter, the detective went on: ‘Sophie died on Biddick Drive on August 12 and the circumstances of her death are while out walking with her father Lee and the family dog, Sophie was fatally shot by an assailant who was not known to her.

‘Police are not looking for any other person in connection with this evidence. On present evidence the medical cause of death has been ascertained as shotgun wounds to her head.’

The hearing was told Mr Washington, who was a carer for his wife, was shot while out walking his dogs in parkland close to Biddick Drive.

Mr Hambly said: ‘Whilst out walking his dogs, Stephen was fatally shot by an assailant not known to him. Police are not looking for any other persons in connection with Stephen’s death.

‘On present evidence the medical cause of death has been ascertained as shotgun wounds to the chest.’

The final victim of Davison’s rampage was married artist Katherine Shepherd, a married artist, who was fatally shot on Henderson Close.

Mrs Shepherd, who was known as Kate, was taken to Derriford Hospital where she died that evening, the inquest heard.

‘The circumstances of her death are that Katherine was shot by an assailant not known to her while walking along Henderson Place,’ the detective said.

‘The police are not looking for any other persons in connection with Katherine’s death. On present evidence the medical cause of death has been ascertained as shotgun wounds to the abdomen.’ 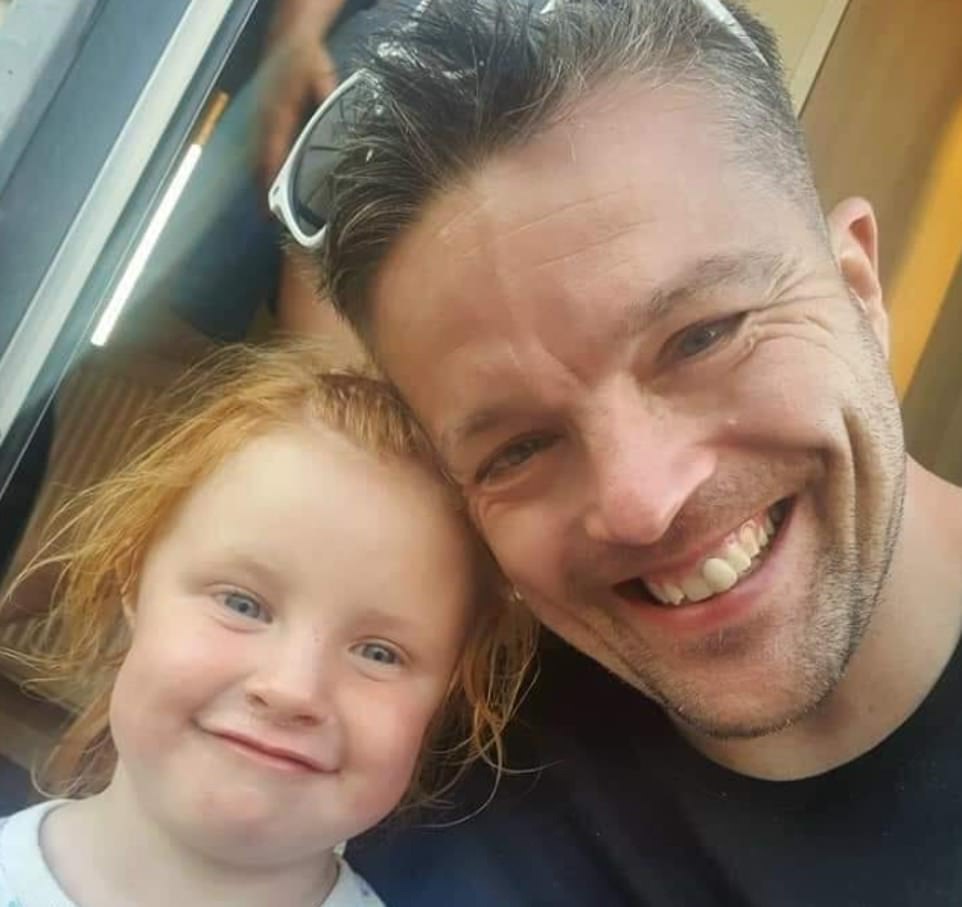 Davison went into the street and shot dead Sophie Martyn, three, and her father, Lee Martyn, 43 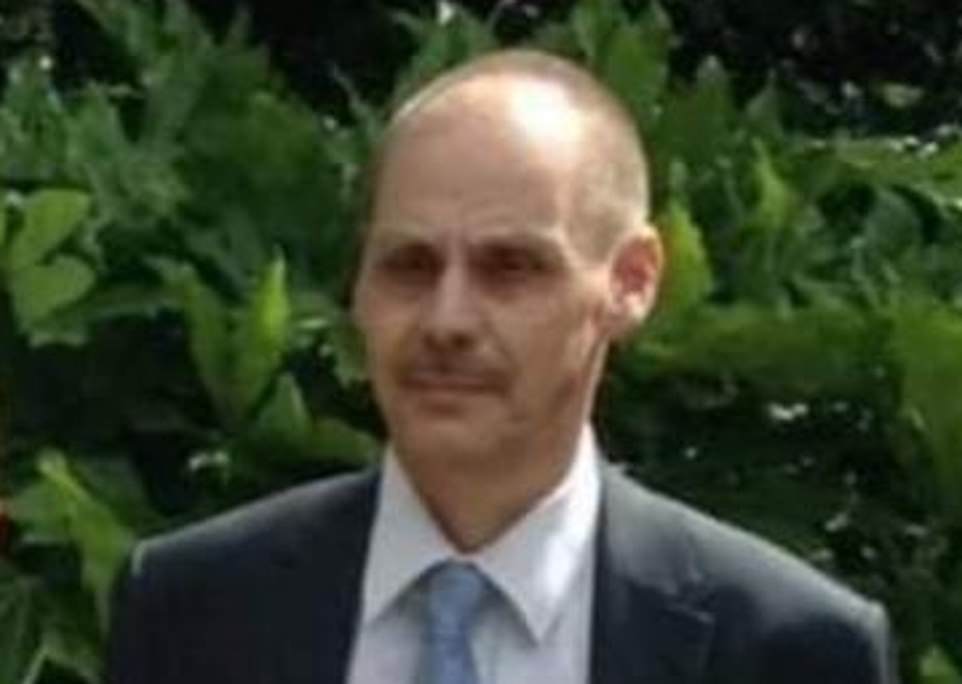 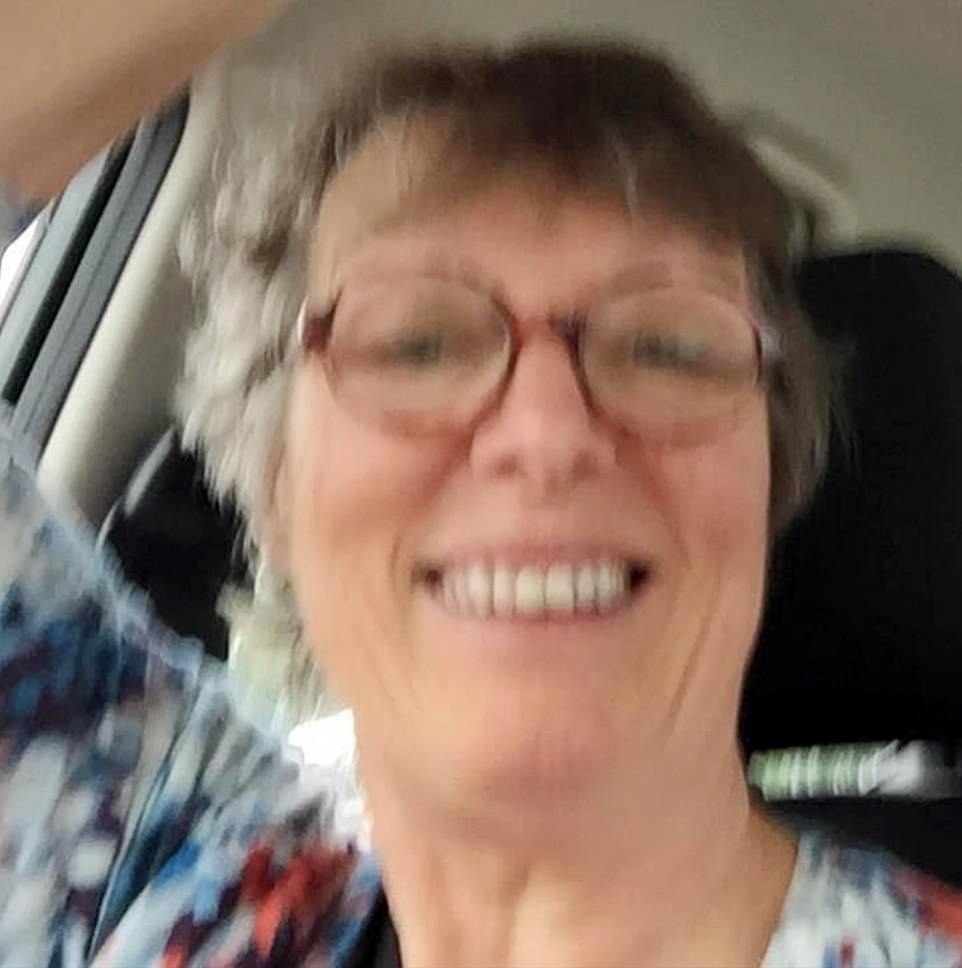 Kate Shepherd, 66, was Davison’s final victim and was shot dead near a hair salon in Plymouth

The coroner adjourned all inquests and fixed a provisional date for pre-inquest reviews on December 9. An inquest into Davison will be opened and adjourned later.

As well as the coroner’s investigation, two other inquiries are already under way into the shootings.

The Independent Office for Police Conduct (IOPC) is examining the decision by the Devon and Cornwall force to return Davison’s shotgun certificate and weapon to him just weeks before the killings after they were seized following an allegation of assault.

The National Police Chiefs Council is also leading an investigation, in conjunction with the local police and crime commissioner, into the force’s firearms policies and procedures.

Meanwhile, the Government will be introducing new statutory guidance, including asking doctors to undertake medical checks on anyone applying for a licence, as well as inquiries into social media usage. 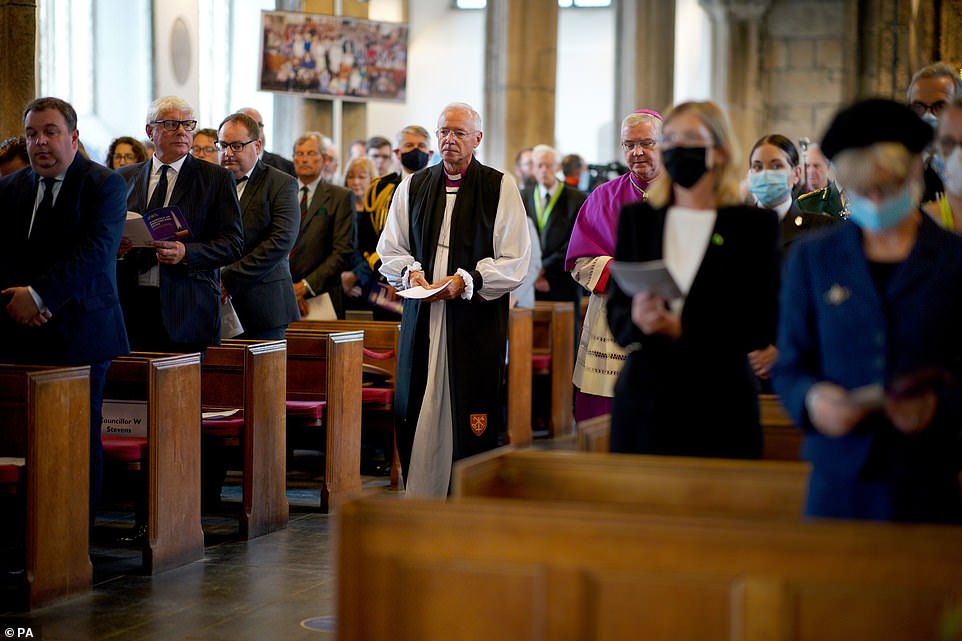 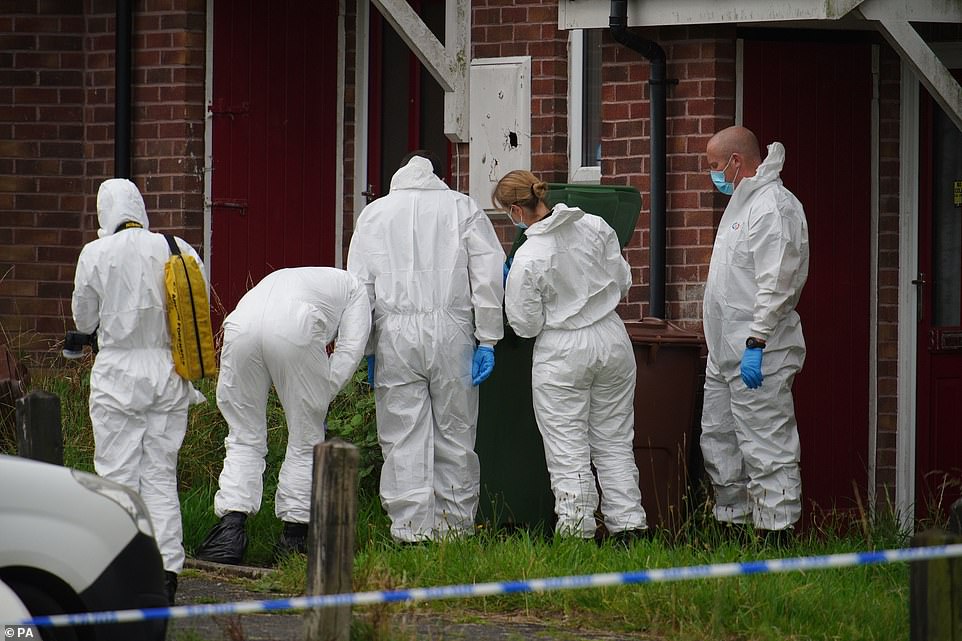 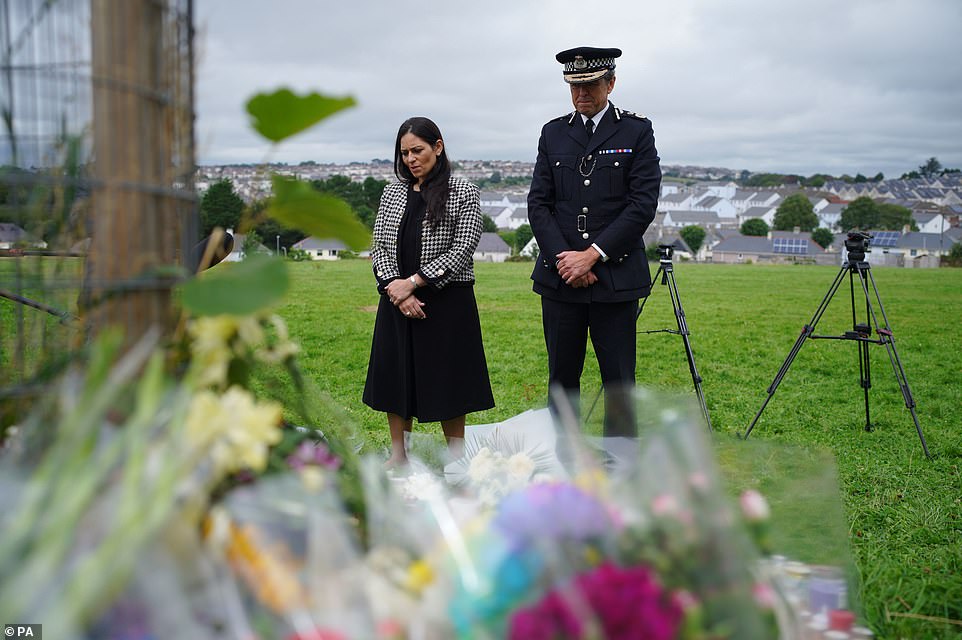 The Home Office has previously asked all police forces in England and Wales to review their current firearm application processes, as well as assess whether they need to revisit any existing licences.

Davison received mental health support during the coronavirus lockdown and had been in contact with a telephone helpline service in Plymouth run by the Livewell Southwest organisation.

Social media usage by Davison suggested an obsession with ‘incel’ culture, meaning ‘involuntary celibate’, as well as an interest in guns and America.

Reports have suggested Davison’s mother had been struggling to get help for her son, having become concerned about his mental health.