LEICESTER has been ravaged by coronavirus in recent weeks – with a fresh spike in cases sparking fears of an imminent lockdown extension.

As the rest of Britain eagerly awaits a huge taste of freedom on Saturday, Leicester residents and businesses face the prospect of two more weeks of heavy restrictions. 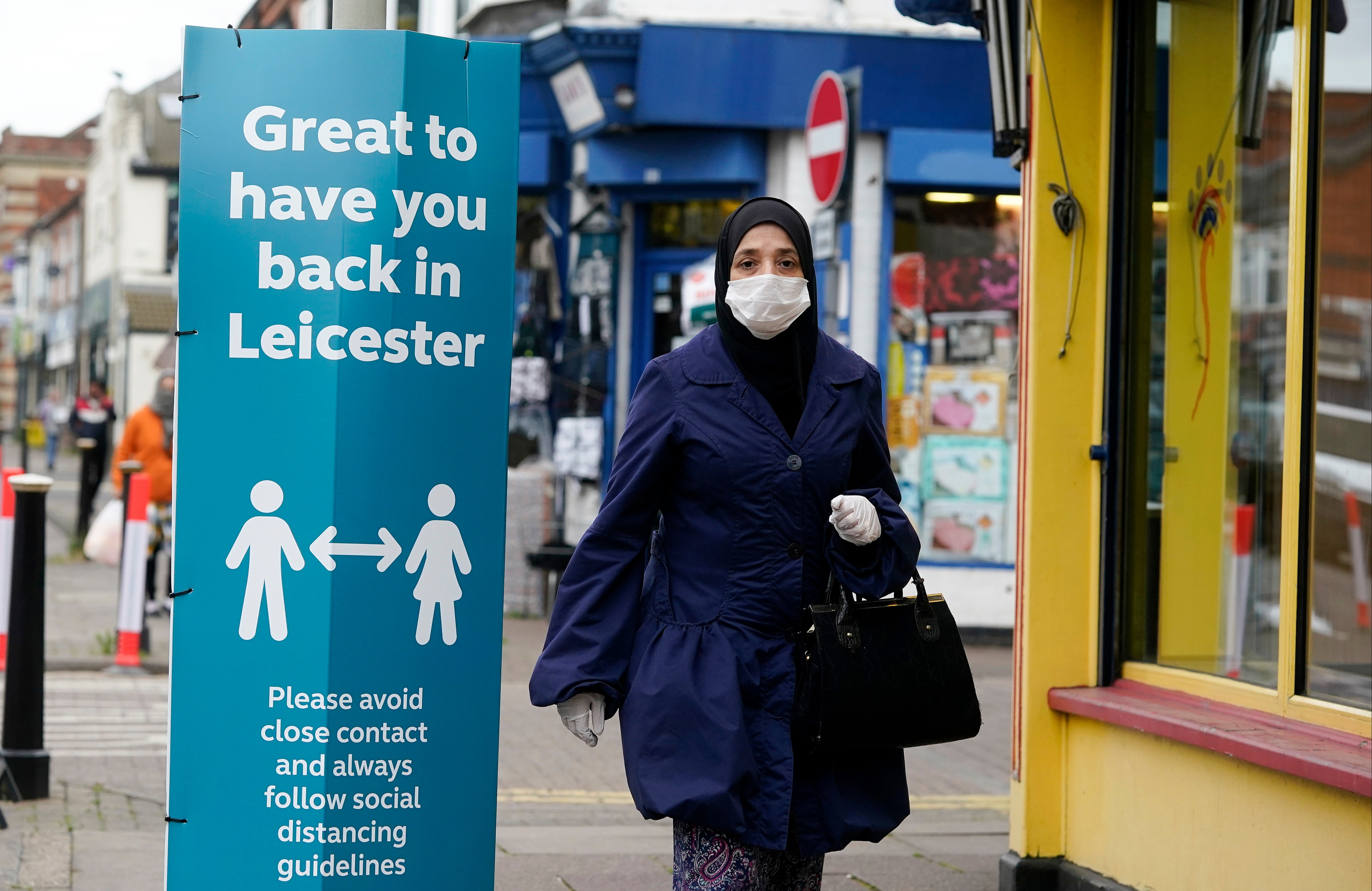 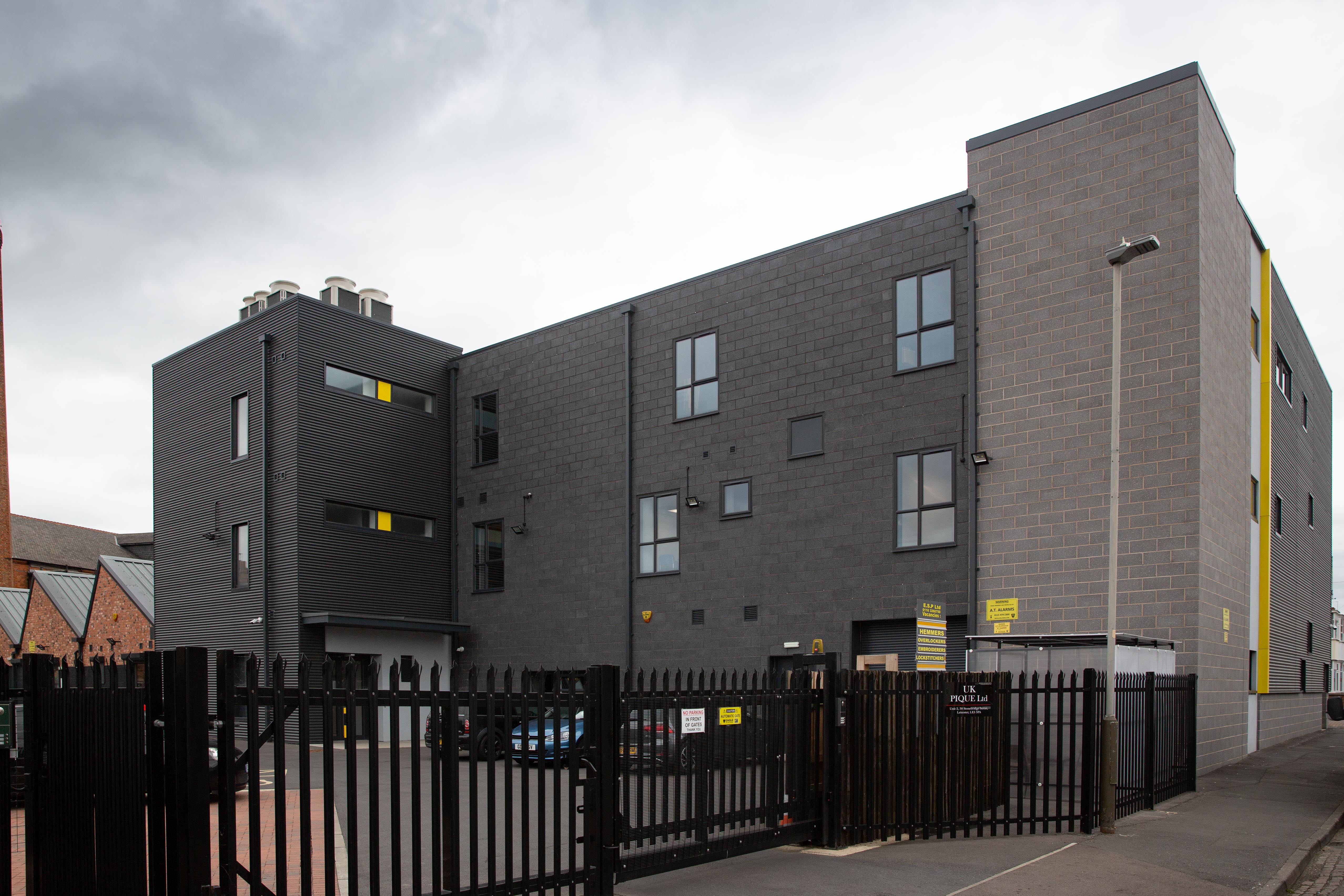 Many are now blaming covidiots for their "punishment" – saying they are "paying the price" for weeks of people breaking social distancing rules to enjoy a quick bit of fun in the sun.

Leicester, with a 340,000-strong population, has recorded 866 new cases of coronavirus in the last two weeks.

Matt Hancock is expected to make an announcement on its fate in the Commons tonight after a Public Health England (PHE) report said current restrictions should be extended for a further two weeks.

That means pubs, restaurants, hairdressers, outdoor playgrounds and other areas would need to stay closed and not reopen as planned on July 4.

Accountant Vina Chaudhry, 34, told the Sun Online today: "I’m embarrassed to be born and to live in Leicester and I hope the Government makes an example of our city.

The city has been packed and we are now being punished for those idiots not abiding by the rules.

"How can some people be so stupid and breach social distancing rules that are put in place to help keep us safe.

"The city has been packed and we are now being punished for those idiots not abiding by the rules."

"But I have no problem obeying the lockdown and I’m glad it’s extended. It’s essential."

It comes as cooped-up Brits prepare for their first taste of freedom in months this weekend – with pubs, restaurants hotels and hairdressers to reopen on Saturday

Marley Richards, 21, fumed: "I’m going to go mad! I can’t stay locked away for any longer.

"I’ve been looking forward so much to having my hair done at the weekend and going for a drink with my mates and now it’s all off."

It comes as testers swooped in to help track the city's spread today with members of the military ramping up tests in mobile units at Spinney Hill Park and Evington Leisure Centre.

Anyone with symptoms has been urged to get tested.

"I want to stress to people that we are not out of the woods yet," he warned.

No10 suggested the proposed local lockdown would take the form of businesses, schools and hospitals.

A spokesman said earlier: "They can impose temporary closures of public spaces, businesses and venues. Local healthcare facilities also have powers or just the ability to, for instance, stop admissions to hospitals should that be required.

"I think in the past we have discussed closing down schools or groups of schools, and limiting admissions to health facilities.

"If there were a particular business or premise that were linked to an outbreak, close that down."

Popular salon owner Indy Burmi said: "We are trying to stay positive and we understand why this is happening but the Government is scaremongering people.

"We just need to know, black or white, what is happening. They are losing credibility."

Indi, who employs 20 stylists at his two salons in the city centre and nine miles away in Quorn, Leics, added: "We were expecting to re-open on Saturday and have clients booked in.

"But now no one knows what’s happening. It's a nightmare. It is not only draining as financially but mentally.

"If we have to extend the lockdown, that’s fine, we respect that decision because it’s being done as a safeguard."

The Sun Online can reveal the coronavirus outbreak is thought to have first emerged in the east of the city centre.

Ethically Sourced Products in Spinney Hills, which makes designer Fred Perry polo shirts, has had five positive cases of Covid-19 out of a 50-strong workforce.

Sainsbury’s has also had seven staff members succumbing to virus symptoms across two stores nearby.

'NOT SURPRISED BY OUTBREAK'

An ex-worker of Ethically Sourced Products, who quit the company earlier this month, said: "I’m not surprised by this outbreak.

"While measures were put in place after lockdown inside the factory these were not policed properly.

"Staff were still going into work and nipping out to get tested then returning to work rather than staying home and no deep cleaning was undertaken."

A receptionist confirmed: "We have had an outbreak of coronavirus but it’s all OK now. Five people were affected and some of them are now back."

Managing Director Richard Olley declined to comment when approached by The Sun Online, saying: "I have no idea what people do outside work and I have no comment."

A local councillor suggested the rise in cases could be due to a language barrier – with messages on social distancing not being understood.

Councillor Govind, who represents the city's Evington ward where one of the four mobile testing stations for the virus has been sited, said: "I have seen young people getting together, having a few drinks and conversation.

"They are just social gatherings. With these young people there is a language barrier.

"They are speaking their own language and I tell them to disperse in Gujarati. There is a lack of communication made worse by the language barriers".

Leicester Mayor Sir Peter Soulsby said a "hastily cobbled together" email sent from Government officials at 1am recommending that the city should stay 'under current lockdown’ for another fortnight, had left him "angry and frustrated" a he didn’t know what advice to give worried businesses.

He fumed his city was being "picked on" today, warning a local lockdown would not work.

He said: "It's very unclear of what difference they would make and why you would do it, how it would possibly make any difference.

"If the virus is out of control or is spreading with the restrictions, I can't see how extending them for a further two weeks would make any difference to that.

"We need to be convinced that there is a case for doing that."

She said "We know the problem is in Leicester and we need to follow the data and continue the lockdown to save lives."

But the Labour MP slammed the Government for sending out "unclear messages."

The UK's coronavirus death toll has risen to 43,575 after 25 more deaths were confirmed today.

Experts from Keele University warned it could "undermine the consensus that has been built on the need for restrictive measures and lead to significant issues of disorder".