HIDDEN deep in the mountains in Russia is a forbidden city where even the food is poison and residents are happy in knowledge that living there may be killing them.

Ozersk has a population of around 82,000 people and Vladimir Putin would probably prefer you didn't know it exists. 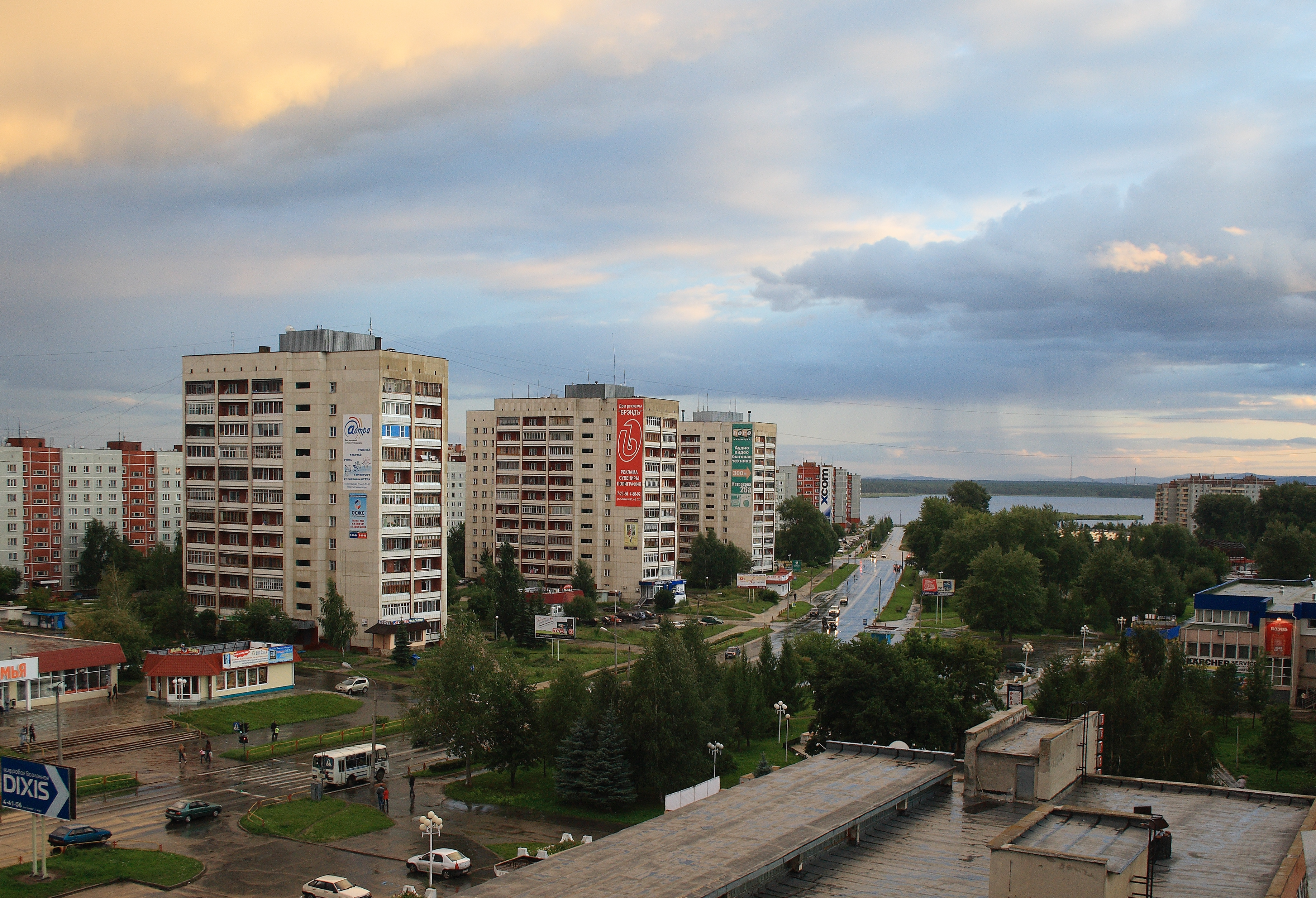 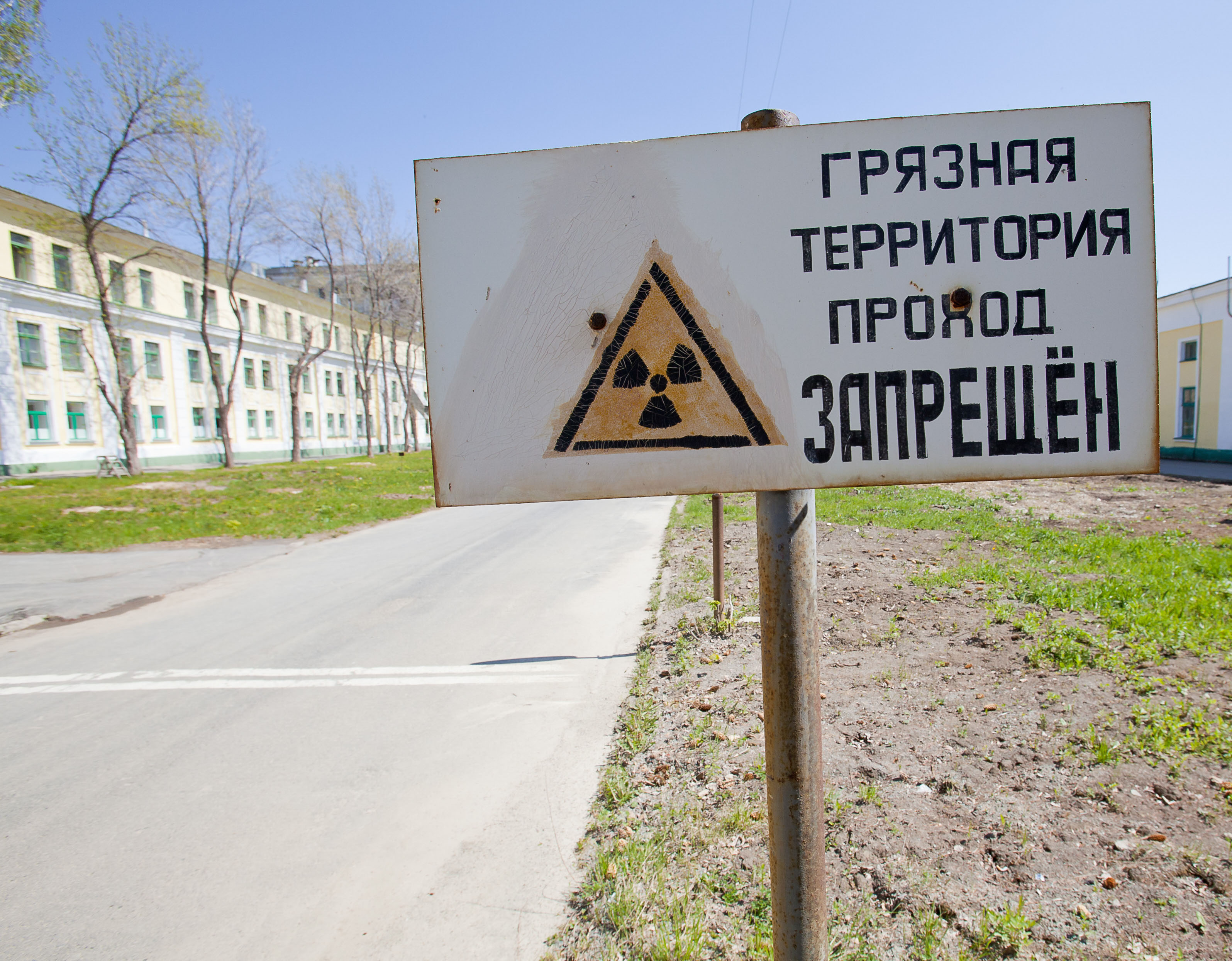 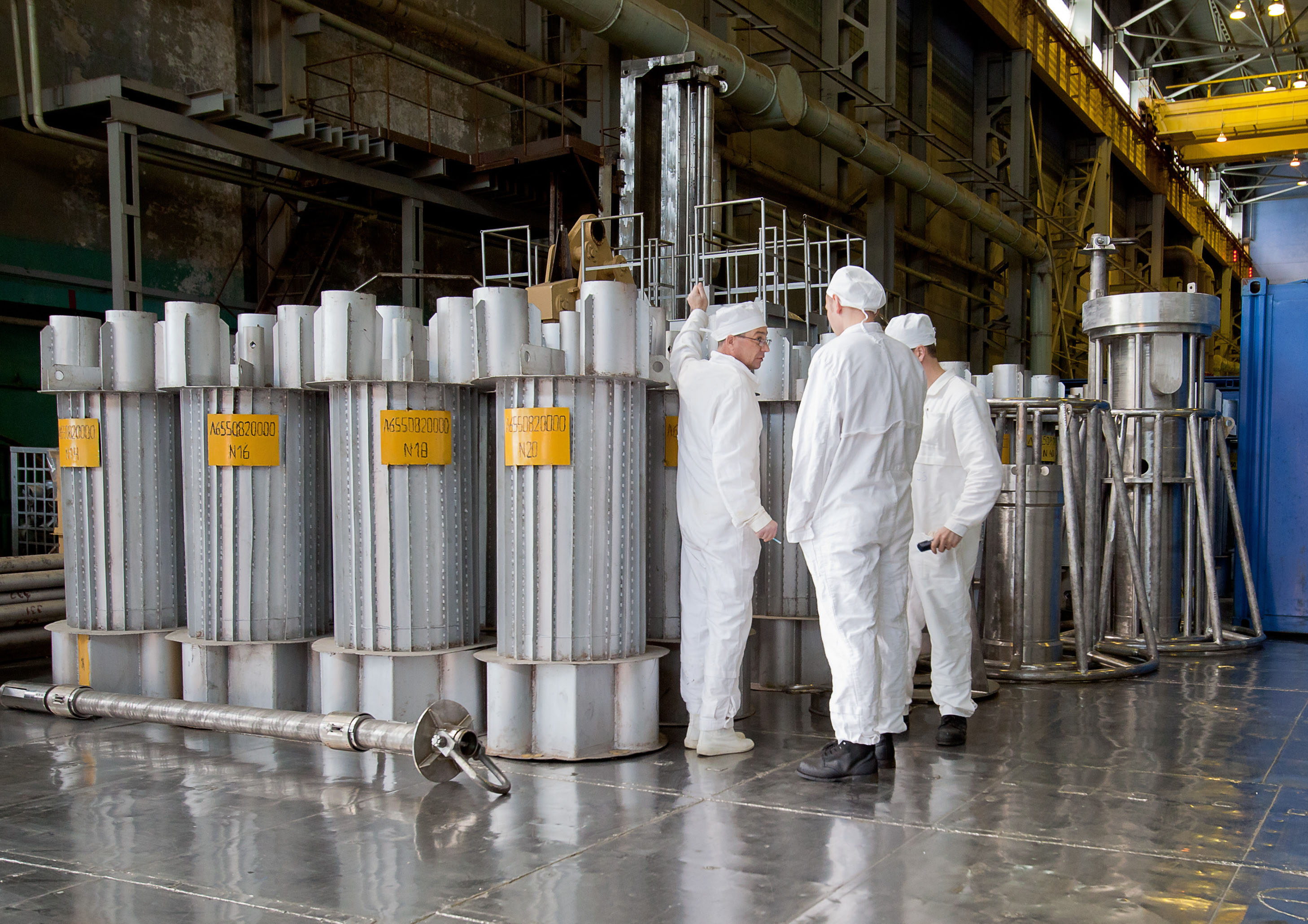 It may appear normal on the surface, with shops, schools, restaurants and apartments, but the Russian city seems to exist in a parallel universe.

The city is almost completely cut off from the outside world, and is the birthplace of the Soviet Union's nuclear programme.

Residents need special visas to leave. foreigners are not allowed in, and barbed wire fences surround the borders as signs read "not trespassing".

It has been dubbed the "graveyard of the earth" and has a "lake of death" even more radioactive than Chernobyl.

For decades the city did not even appear on any maps, while its citizens were erased from the records of the Soviet Union.

It appears tranquil as it is flanked by lakes and forests in the Ural mountains, but it remains a dark place.

Residents live in the shadow of the Mayak nuclear plant.

The facility is alleged to have dumped 200million curies worth of radioactive material into the environment around Ozersk.

That staggering figure is the equivalent of four Chernobyls.

Fruit and vegetables have to be checked by Geiger counters to see how radioactive they are before being sold.

And one of the nearby toxic lakes has been dubbed the "lake of death", which is said to be two and half times as radioactive as Chernobyl. 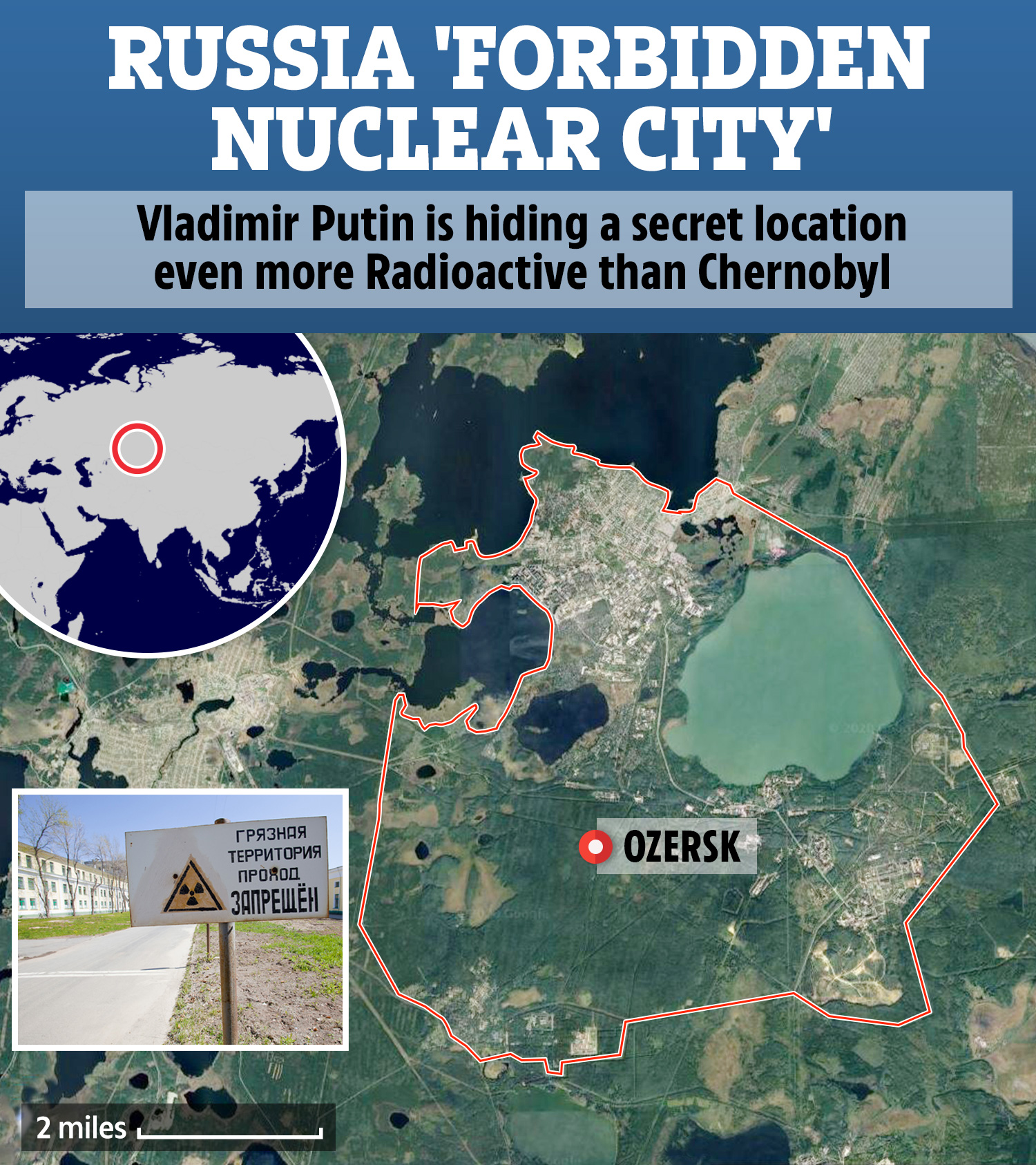 Codenamed City 40 – it was the birthplace of Russia's weapons which triggered decades of icy standoff in the Cold War.

It was built around the Mayak nuclear plant of the shores of Lake Irtyash.

The city was designed to provide homes for the workers and citizens who were transported in to help the Soviets build an atomic bomb.

Soviet officials would select residents for the city who would then be forbidden from leaving or contacting the outside world.

Many were considered missing by their families as they appeared to vanish off the face of the earth.

The city was regarded as a paradise while much of the Soviet Union suffered through famine under the crushing ruleof the Communist Party. 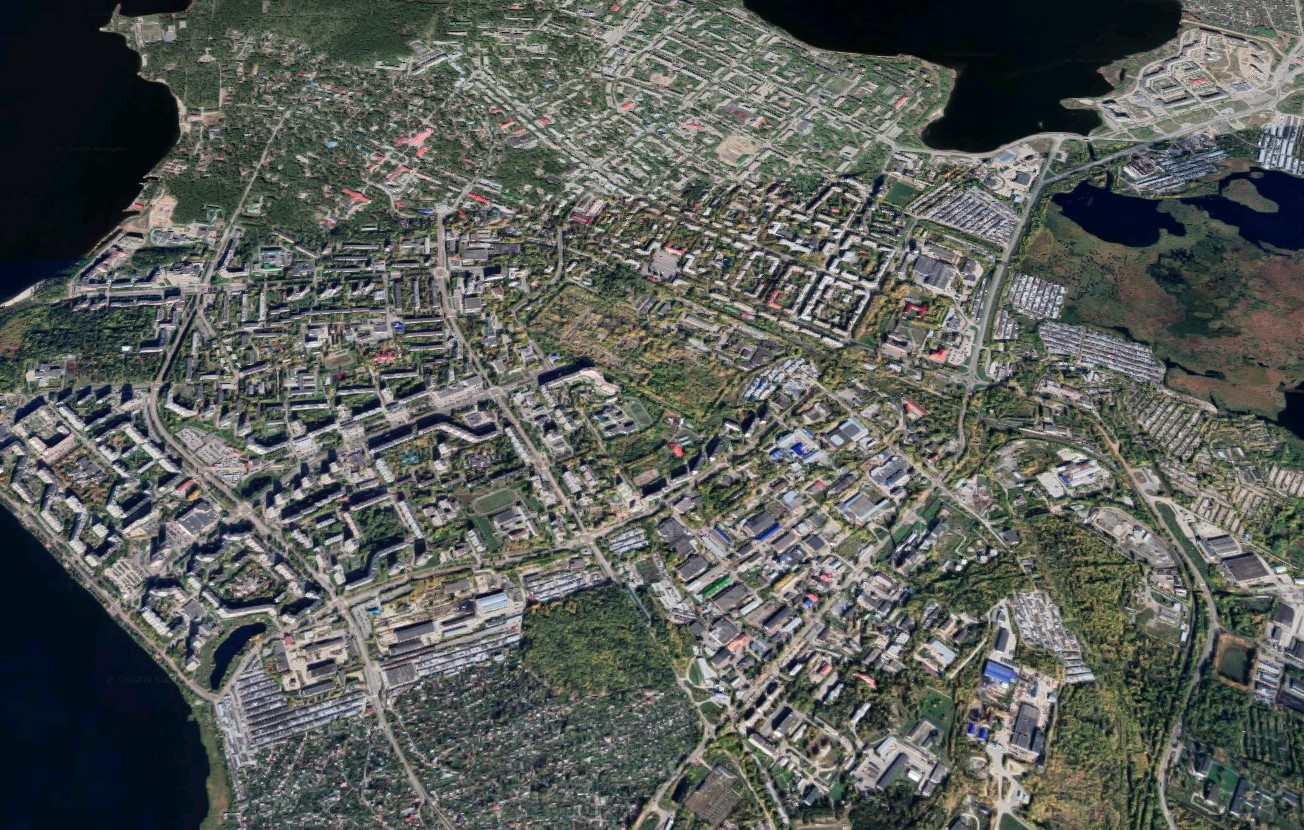 What happened at Chernobyl?

THE horrifying nuclear catastrophe in Chernobyl claimed 31 lives and left thousands of people and animals exposed to potentially fatal radiation.

When an alarm bellowed at the Soviet nuclear plant on April 26, 1986, workers watched in horror as an explosion hit reactor number four.

The reactor's roof was blown off and a plume of radioactive material was blasted into the atmosphere.

It released at least 100 times more radiation than the atom bombs dropped on Nagasaki and Hiroshima.

Soviet authorities waited 24 hours before evacuating the nearby town of Pripyat – giving the 50,000 residents just three hours to leave their homes.

After the accident traces of radioactive deposits were found in Belarus where poisonous rain damaged plants and caused animal mutations.

But the devastating impact was also felt in Scandinavia, Switzerland, Greece, Italy, France and the UK.

An 18-mile radius known as the “Exclusion Zone” was set up around the reactor following the disaster.

In 2005, the World Health Organisation revealed a total of 4,000 people could eventually die of radiation exposure.

About 4,000 cases of thyroid cancer have been seen since the disaster – mainly in people who were children or teenagers at the time.

Residents were left to want for nothing so they would never think about leaving and potentially exposing the city's secrets.

And while the Iron Curtain has lifted, and City 40 now appears on the maps – it is still a strange place cut off from much of the rest of Russia.

Almost all of Russia's reserve nuclear material for its reactors and weapons is stored in Ozersk.

Russia has the world's largest nuclear arsenal, with an estimated 6,490 total warheads – just edging out the US.

And under Putin's orders they continue to strive for more and more powerful weapons despite shaky arms control pacts with Washington.

Filmmaker Samira Goetschel wrote in The Guardian in 2016 about the city as she produced a documentary on it, City 40. 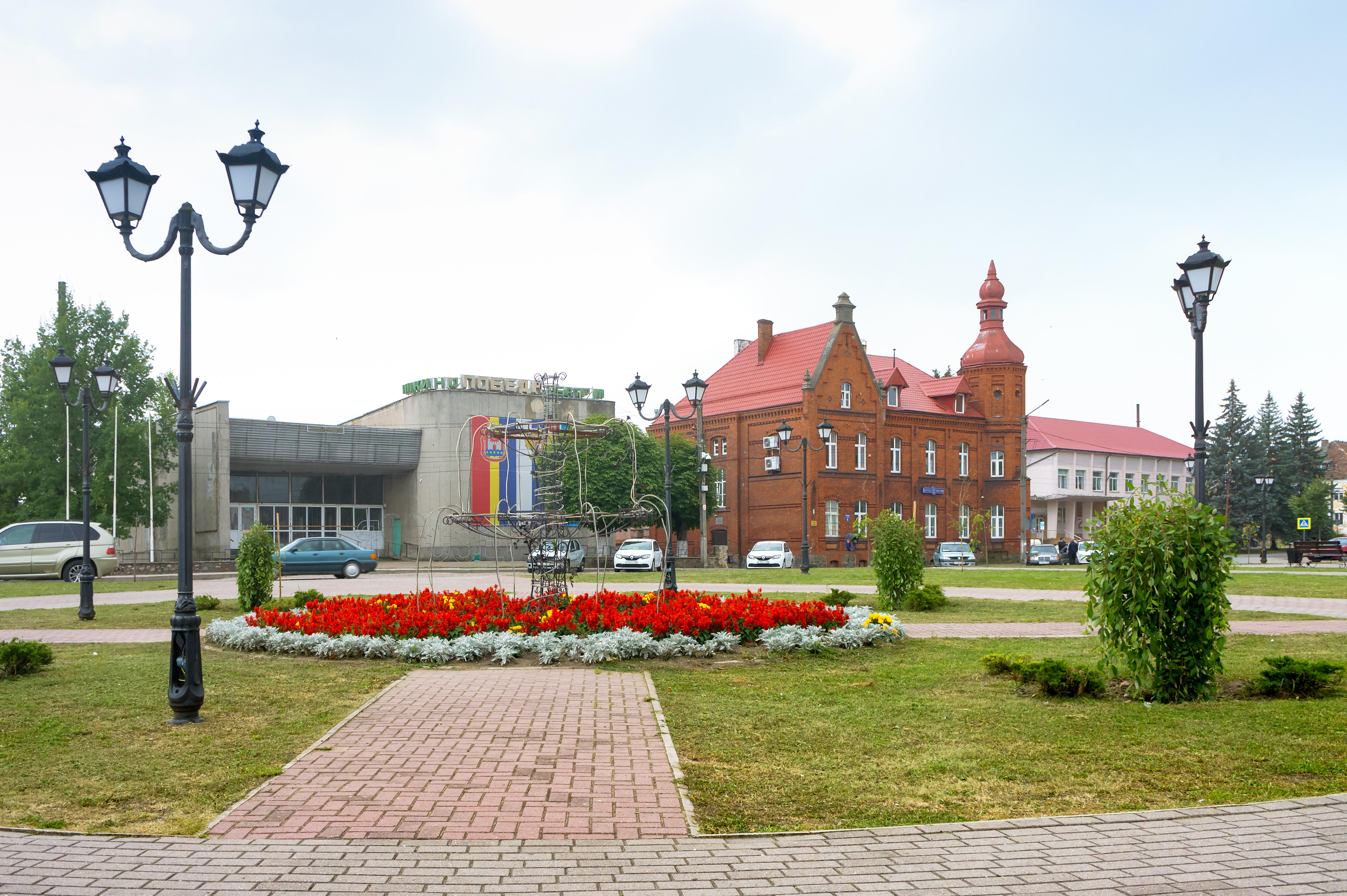 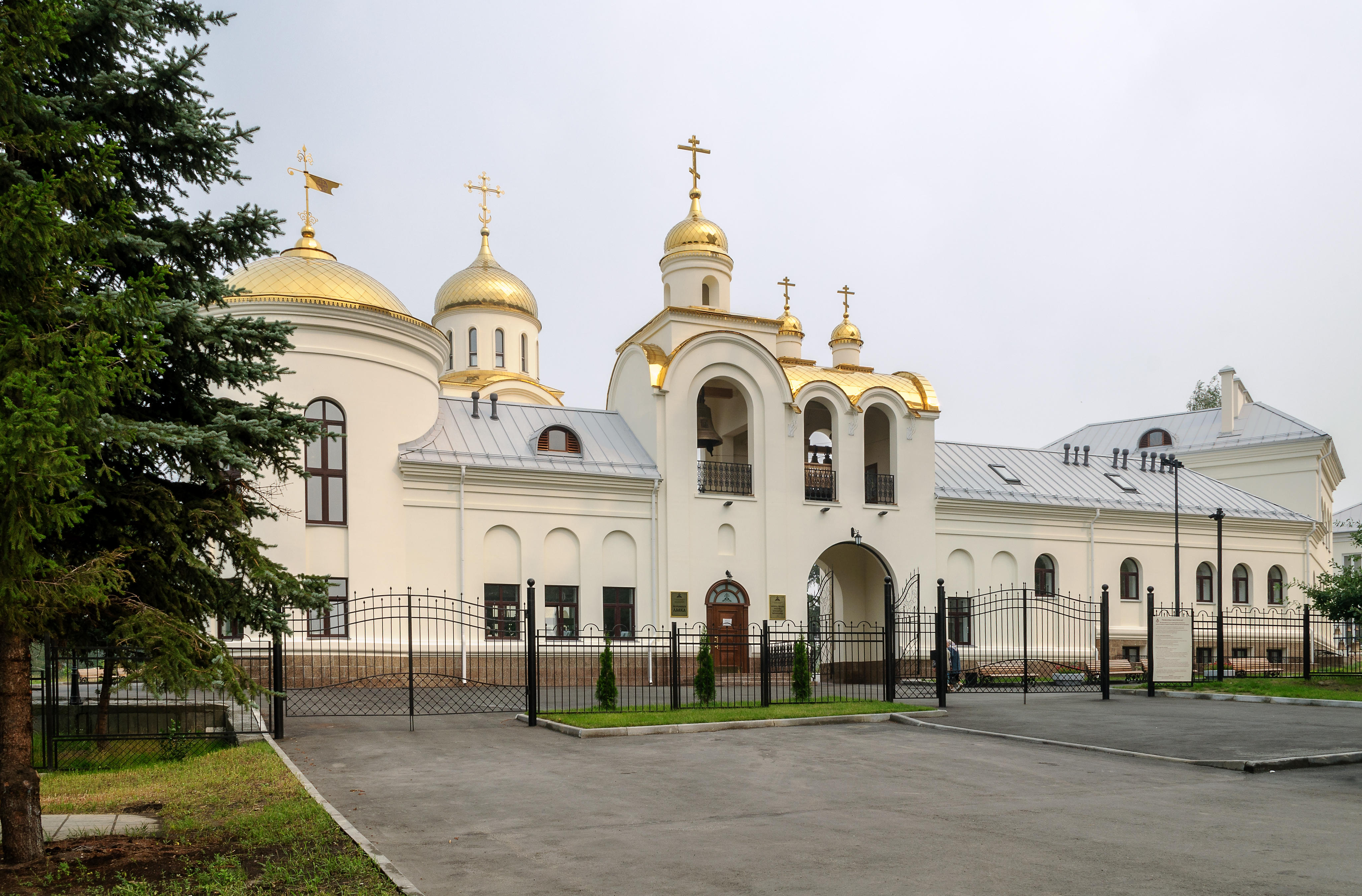 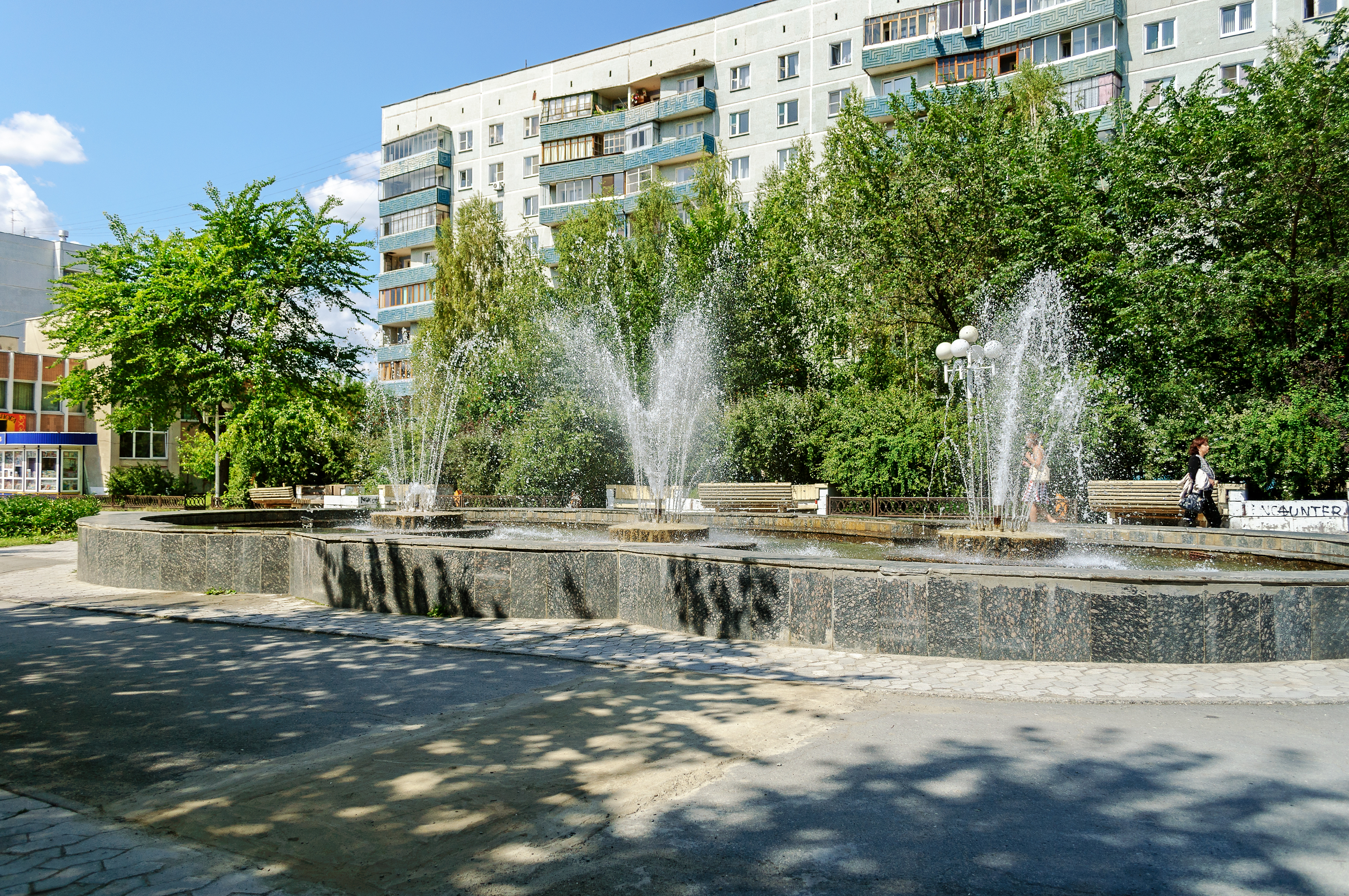 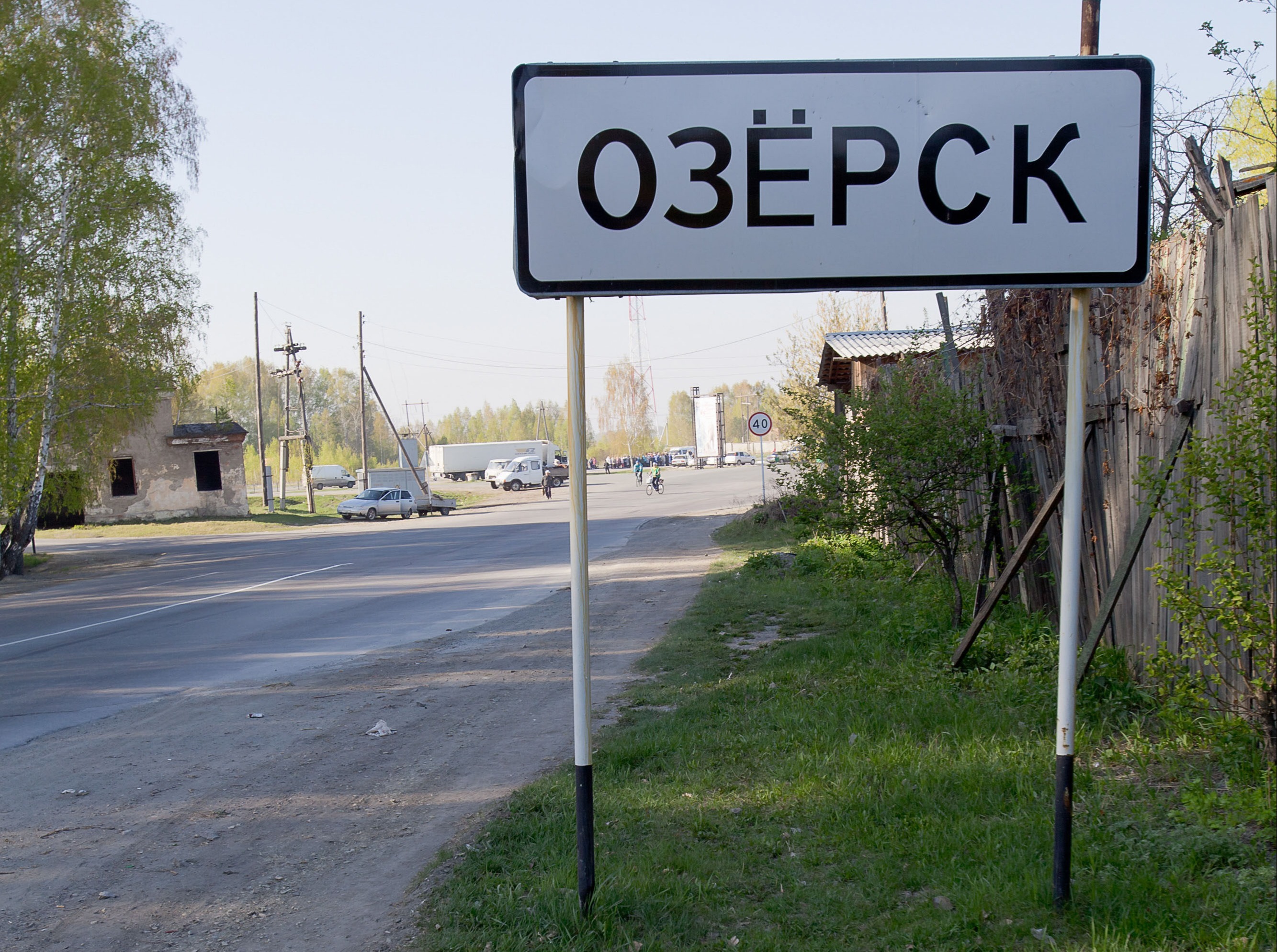 She said it is estimated some 500,000 people living in the city and its nearby areas have been exposed to five times as much radiation as those living near Chernobyl.

Describing it as like a 1950s American town that is "too perfect", she said the people who live their know the dark truth.

"Their water is contaminated, their mushrooms and berries are poisoned, and their children may be sick," she wrote.

"Ozersk and the surrounding region is one of the most contaminated places on the planet."

However, she added the majority "do not want to leave" as they believe they are Russia's "chosen ones" who take pride in their special status.

Goetschel explained this mindset is passed down from the first generation who lived in City 40. 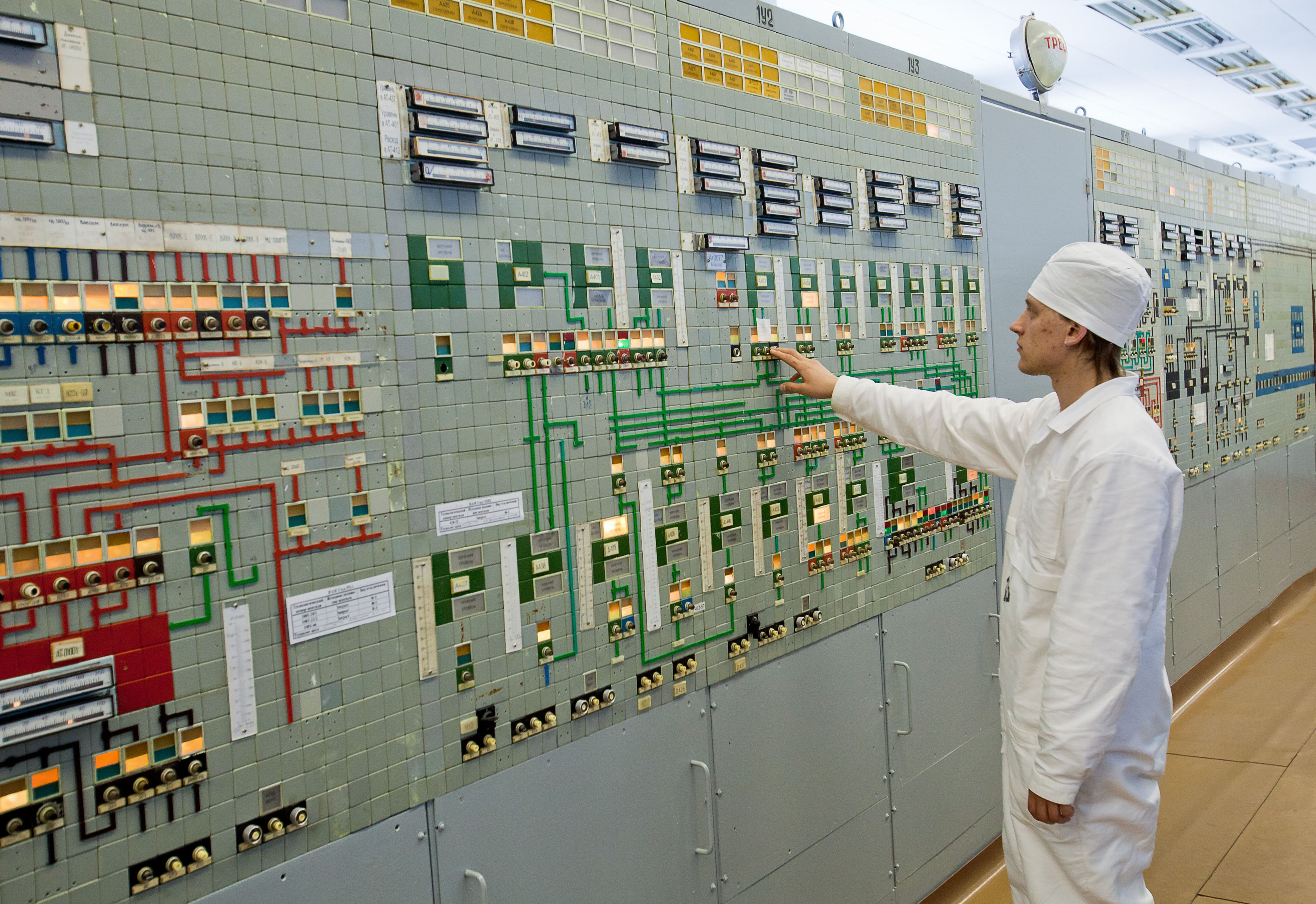 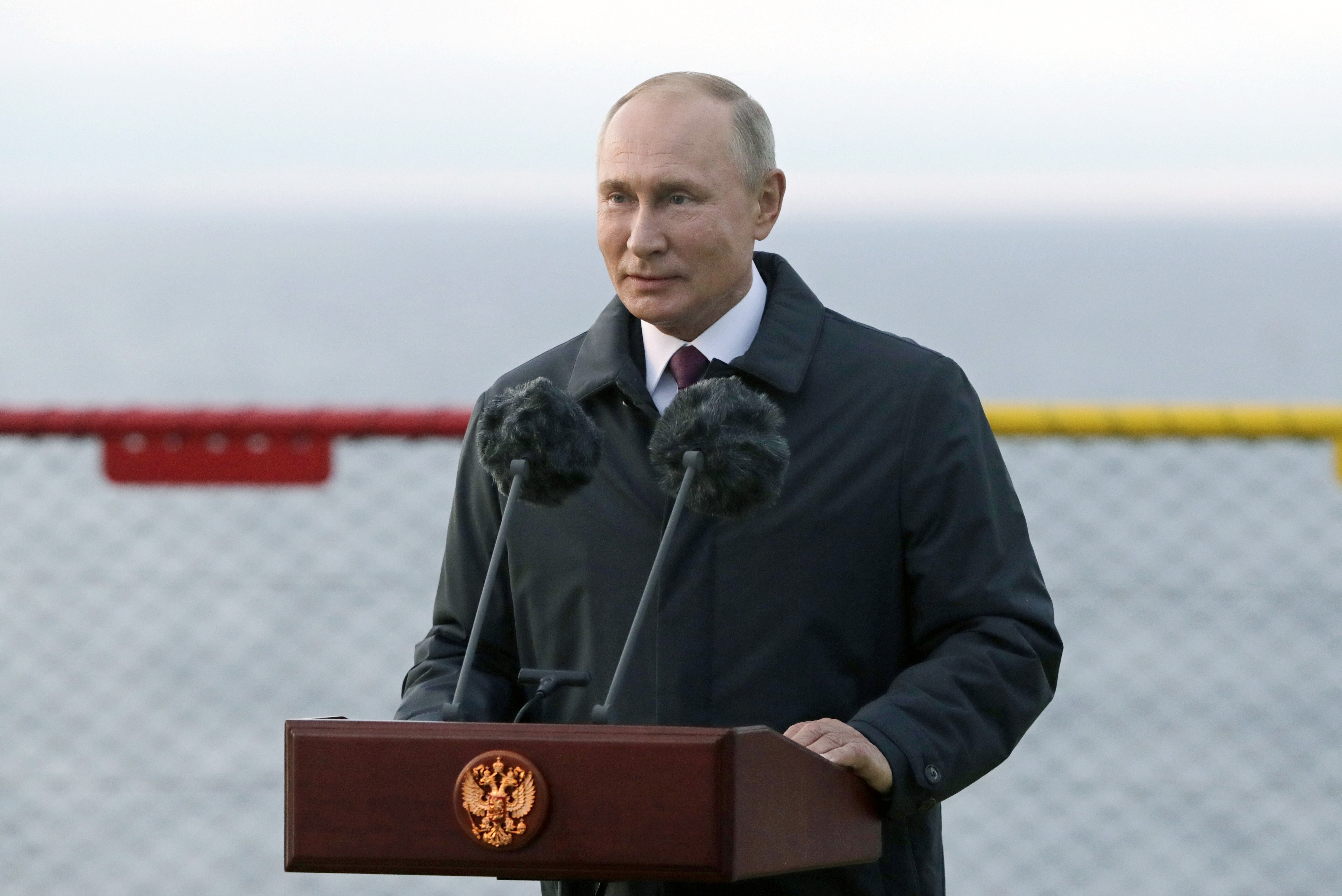 Soviet authorities wooed them by telling them they were the "nuclear shield and saviours of the world" despite the danger.

Ironclad records and decades of Soviet cover ups mean it is unclear how many people have died of conditions linked to radiation.

And the residents also suffered the Kyshtym disaster in 1957, the worse nuclear disaster the world had seen before Chernobyl.

Radiation bathed the city when a cooling system exploded at Mayak with the force of 100 tons of dynamite.

Residents todayhowever still boast about living in Ozersk and consider it a place where you can get the "best of everything for free".

She wrote: "It is difficult for outsiders to comprehend how the residents of City 40 can continue to live in a place they know is slowly killing them."

Those who live in Ozersk have a collective mindset and see the fences as keeping outsiders out, rather than keeping them in.

Goetschel cites a local journalist who told her that even though they know living in City 40 is "slowly killing them" – they just want to be left in "peace".