An inventor making bizarre Back to the Future DeLorean cars out of converted Reliant Robins has been banned from carrying on his business by a judge.

Tyler Delorean was ordered to remove all DeLorean Motor Company signs from his cars, website and merchandise, and has been banned from using the DeLorean as a trademark.

The cars, which resemble a cross between the iconic Back to the Future care and Del Boy’s van from Only Fools and Horses, are even advertised as coming with a ‘flux capacitor fitted as standard’ and a ‘free hoverboard with every purchase’. 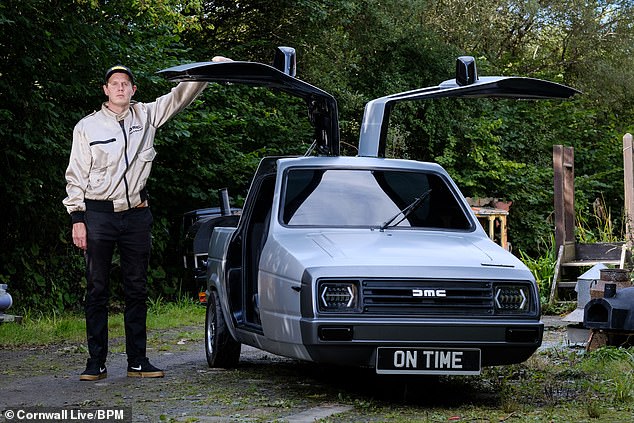 Tyler Delorean has been ordered by a judge to remove all DMC signs from his cars, website and merchandise, and has been banned from using the DeLorean as a trademark 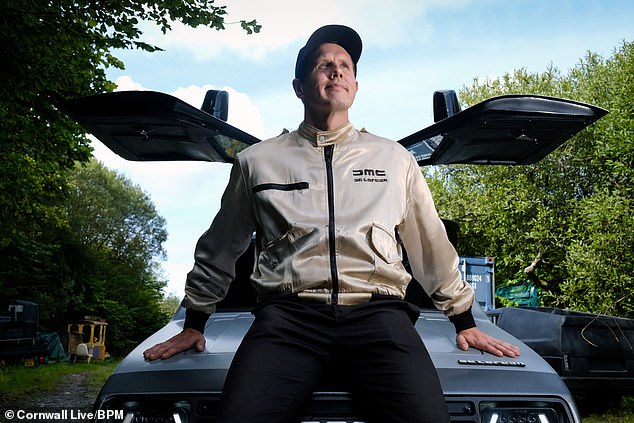 Mr Delorean, who’s original name is Benjamin Granger, claims he is the love-child of John DeLorean and he has signed a contract with Netflix

But Mr Delorean – who claims to be motor mogul John DeLorean’s secret son – says he would rather go to prison than give up on his dream.

He told Judge Richard Hacon: ‘I feel so strongly about this that I’d be willing to go to prison. I feel you made the wrong decision today.

‘Your decision has had serious implications for my family, my marriage and my finances and I think I might be better off not doing it. I’m going to lose my property anyway, I’m looking at bankruptcy.

‘Regardless of the decision, I’m not in a good place. I never intended to make money – I just wanted to tell a story.’

Mr Delorean, from Newquay, Cornwall, gained widespread media attention when he displayed his cars at a number of national UK motor shows in 2021, where he was handed court papers claiming a trademark infringement on the car. 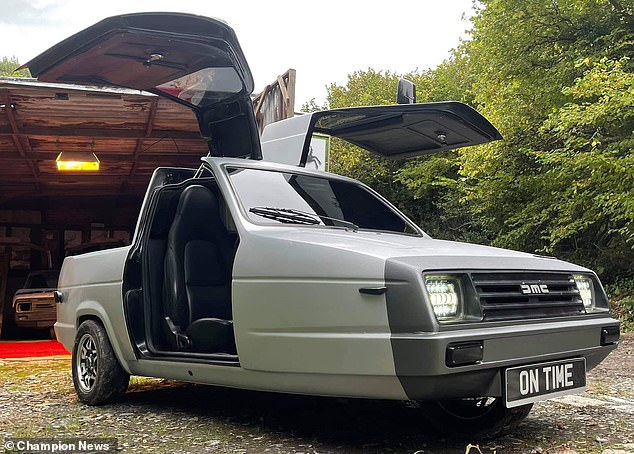 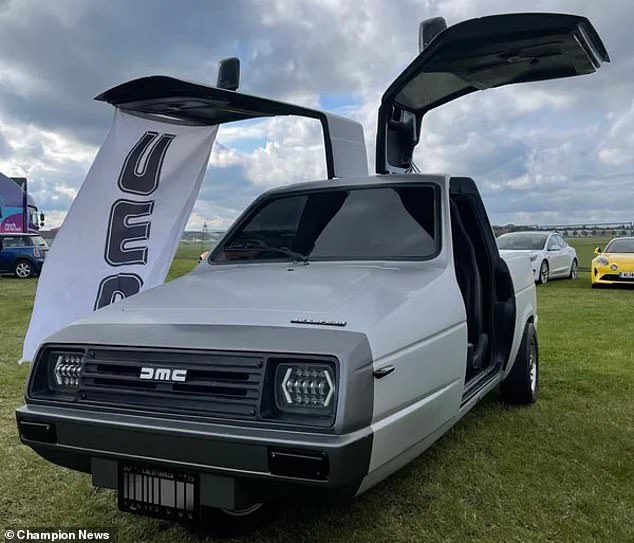 He could face bankruptcy and even jail as a result, London’s High Court heard.

Mr Delorean – original name Benjamin Granger before he changed his name by deed poll – has been advertising his cars for £20,000 or $25,000 and, the court heard, has had interest in his story from Hollywood producers and even signed a contract with Netflix.

He claims to be the secret lovechild of John DeLorean, who in 1980 set up a manufacturing plant near Belfast, producing the DMC 12 car which became an icon due to the Back to the Future movies, before going bust just two years later.

The intellectual property of the original DeLorean was bought in 1987 by the DeLorean Motor Company (DMC), a Texas-based business which deals with second-hand DMC 12s, plus parts and branded merchandise including clothing.

The company’s lawyers launched the lawsuit which reached court in London last week after having become aware of Mr DeLorean’s project when he displayed his cars at the British Motor show and Classic Car Parade last year. 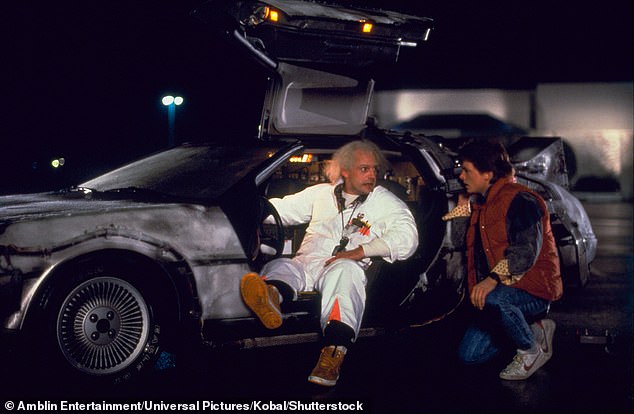 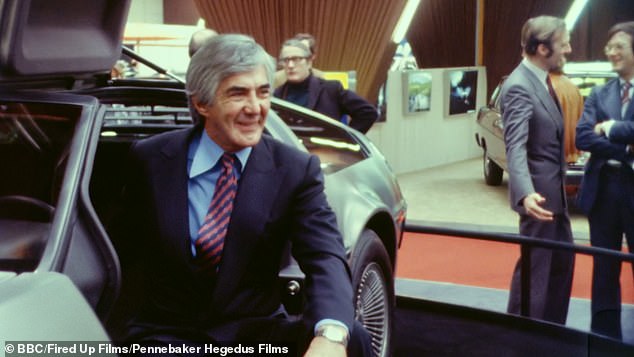 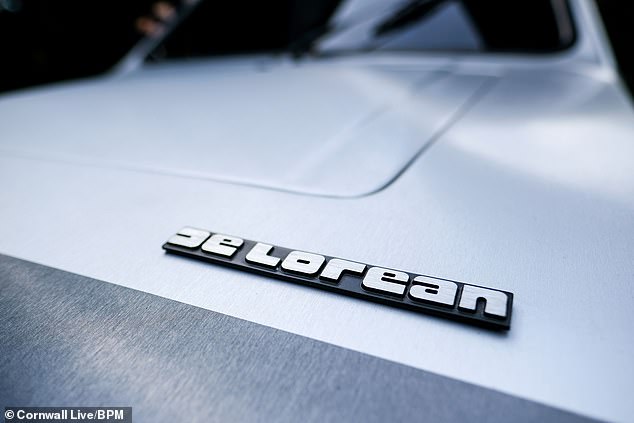 The judge ordered complete removal of all the DMC signs from his cars, website and merchandise, and told him to stop using DeLorean as a trademark

Charlotte Blythe, for the DeLorean Motor Company, told the Judge that Mr DeLorean is infringing DMC’s trademarks and breaking the law.

But Mr DeLorean argued that his creations should be viewed as satire, with a view to having the cars featured on-screen, and that he should be allowed to carry on.

He said: ‘The activities I’ve done should be considered fair use and fair dealing.

‘My main argument is that I’m creating a parody or a pastiche.

‘Everything I do is aimed to be humorous. It was all humour based. I would use the word hilarious.’

He also argued that the word DeLorean has now become a ‘generic’ term associated with time machines. 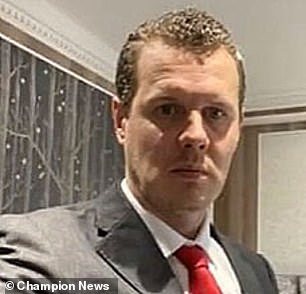 Tyler Deloran, pictured recently, says that he will likely lose his property and declare bankruptcy

But Judge Hacon told him: ‘You say it is just a parody and really you want to use them in films and TV.

‘Members of the public looked at your car and seemed to find it funny, and you have been to Hollywood and there is a Netflix production in prospect.

‘The trouble is that parody isn’t a defence to a trademark claim.

‘I admire your enterprise, but you can’t get round infringing the claimant’s trademark. That is against the law.’

Granting summary judgment in favour of the Delorean Motor Company, the judge said: ‘Mr Delorean’s car looks like a Reliant but with gullwing doors and the back end of a pick-up truck.

‘He says he hoped the car would be used in a film. At least one Hollywood producer has contacted him and he has signed contracts in relation to a Netflix production.

‘The defendant’s use of the word DeLorean is identical to the claimant’s marks. The logo is plainly similar, such as to cause confusion. 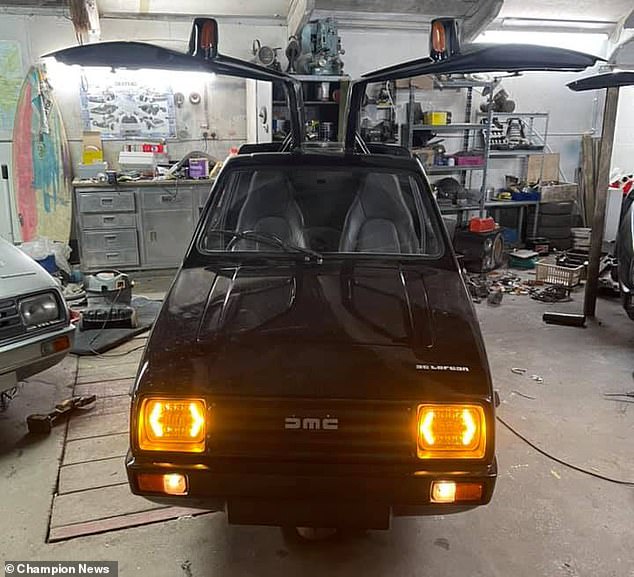 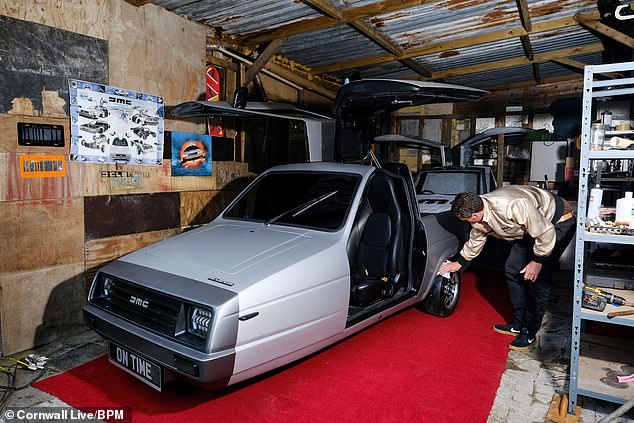 Mr DeLorean argued that his creations should be viewed as satire, with a view to having the cars featured on-screen, and that he should be allowed to carry on

‘I must say I much admire the defendant’s enterprise in trying to create a business on the back of a Reliant made to look reminiscent of a DeLorean car.

‘But that doesn’t entitle him to infringe the claimant’s trademarks, so I will therefore grant summary judgment.’

‘If you don’t do it and DMC come back to me, at best you would be fined and if you persist you could be sent to prison.

Mr Delorean now has until early August to comply with the order.