A father who assumed everyone had forgotten about his 70th birthday was shocked to see a billboard by a roadside celebrating his milestone – and reacted by unleashing a volley of swear words.

In the space of one minute, birthday boy Patsy Smith, from Newry, Northern Ireland, manages to squeeze in about 20 F-words – along with a smattering of c**ts and ba**ards.

Footage shows Patsy in the front passenger seat of a car as it bears left around a grass verge.

Just then, he sees a huge sign with balloons attached which reads: ‘It took me 70 years to look this good!!! Happy 70th Birthday Patsy’. 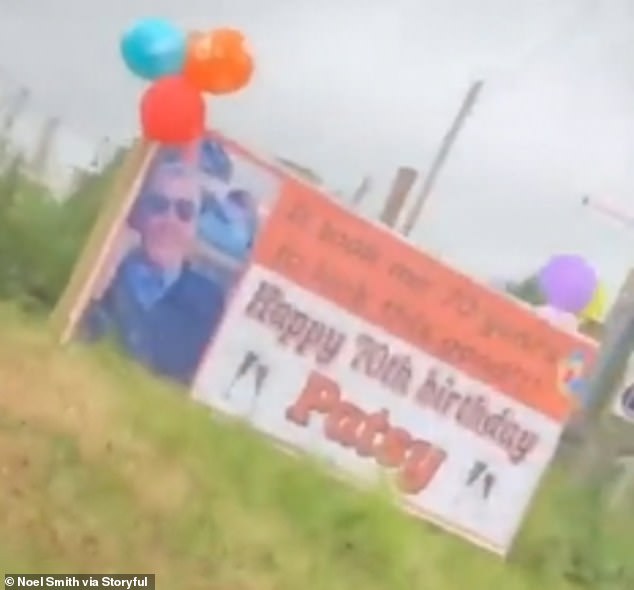 Patsy Smith, from Newry, Northern Ireland, is being driven in a car when he spots a billboard in honour of his 70th birthday on a grass verge 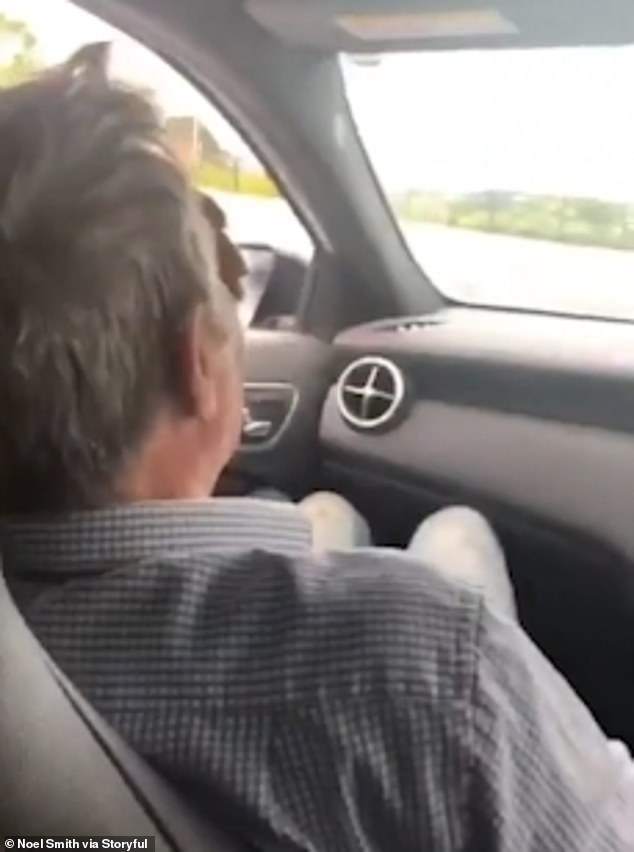 Patsy, who thought everyone had forgotten about his big day, can’t believe it and exclaims, ‘Oh Jesus, Jesus, Jesus’ – before launching into a swear-a-thon.   ‘F***ing ba**ards! F***ing f**k!’, he cries

The car stops next to it and a shocked Patsy exclaims, ‘Oh Jesus, Jesus, Jesus’ before putting his hand over his face and bursting out laughing.

And then he lets rip with a litany of profanities which would make Quentin Tarantino proud. 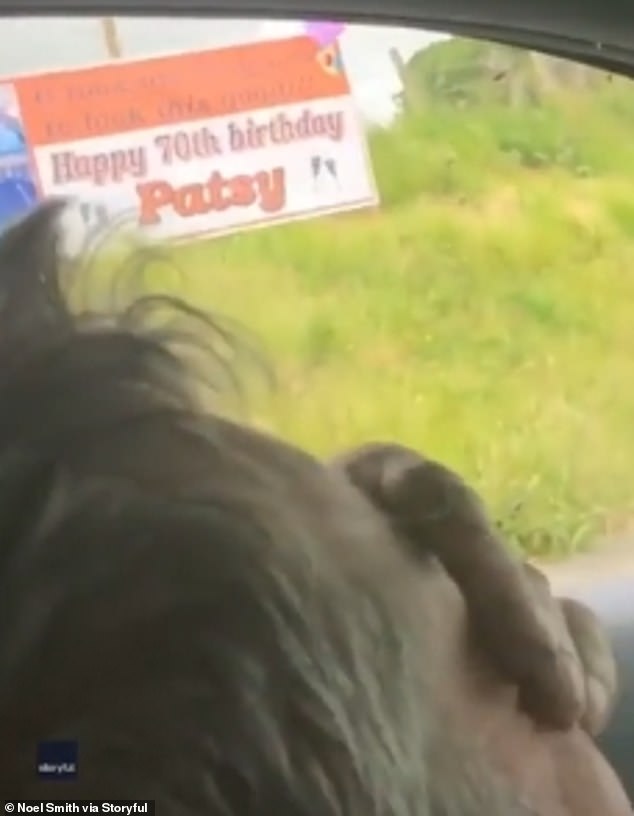 He carries on swearing for just under a minute and keeps his hand on his face throughout, while the woman driving can be heard laughing

And so it goes on, for just under 60 seconds.

In the background, the woman driving can also be heard laughing.

The now-septuagenarian keeps his hand over his eyes for most of the video, although we do get a glimpse of his profanity-loving face at the very end of the clip.

Patsy’s son Noel Smith said: ‘For days leading up to his birthday, he was asking what day it was to see if we remembered… which is why he was so shocked in the video.’

The clip, which Noel posted to Facebook a week ago, has had almost 90,000 views.