Washington: For the past two years, humanity has been adrift in a sea of COVID-19. Now nations are waiting to see if the Omicron variant of the coronavirus is just another swell in that sea or a monster wave that will crash down with devastating effect.

Is this to be our new reality, always fearful some new mutation will destroy what little normalcy we’ve been able to recover? Experts say only time, and science, will tell.

“We haven’t had anything that looks like normal yet,” said Lauren Ancel Meyers, a professor of statistical and data science and director of the COVID-19 Modelling Consortium at the University of Texas at Austin. 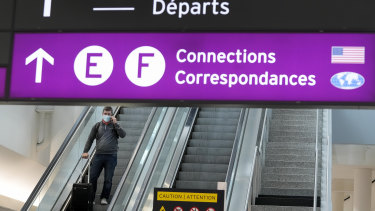 People travel at Pearson International Airport during the COVID-19 pandemic in Toronto. New travel testing and restrictions have been put in place due to the Omicron variant. Credit:AP

Coming to terms with this ongoing turbulence will require nimble reactions. The world must be on guard for particularly large waves on the horizon and respond quickly — even if it’s just hitting the “pause” button.

“We might need to take a moment, limit travel and encourage mask-wearing until we know what we’re dealing with so we don’t let something that’s more contagious and deadly get out of control,” said Meyers.

That pause could give governments time to prepare, if the news is bad, and allow vaccine makers to work on updated boosters that address a new variant.

To keep the public’s trust, transparency and openness will be necessary, much as South Africa alerted the world as soon as it knew the new variant had emerged.

But officials must tread lightly and be cautious, experts say.

“If there are too many false alarms, we run the risk people might stop thinking they should take the threat seriously,” said Rachel Piltch-Loeb, a biostatistician at the Harvard T. H. Chan School of Public Health. 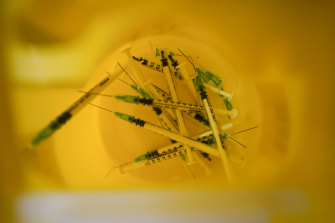 Used syringes in a bin at a vaccination centre in London.Credit:AP

Eventually, experts say, COVID-19 will become predictable within certain parameters much as influenza is today.

“We know when flu generally starts to spread, we have vaccines that are sometimes better and sometimes worse, but we know what we need to do to keep them current and keep deaths and hospitalisations low,” Meyers said.

For COVID-19, that manageable state is still years away.

For now, any “new normal” is uncertainty, said Piltch-Loeb. “We can still be caught flat-footed by this virus.” 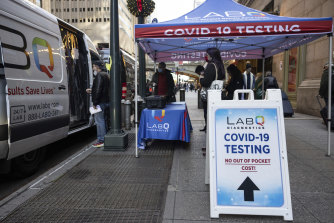 There are two potential paths for COVID-19 to reach a predictable pattern. They both end in the same place, but one involves much more suffering and death.

The ideal scenario is that so many people are protected through vaccination the virus has fewer chances to evolve.

At a news conference last week, President Biden said the new normal should include everyone getting vaccine booster shots, reducing the number of unprotected people.

“If the virus has nowhere to spread, it has no opportunity to mutate and cause new variants to emerge,” said David Souleles, director of the COVID-19 Response Team at the University of California, Irvine.

The other path allows the virus to burn through a mostly unvaccinated human population, sickening and killing millions until enough people have developed natural immunity there are few left to infect.

“Historically, that’s been how pandemics resolve. But there was a huge toll on the human population,” said Deborah Fuller, a microbiologist and division chief for infectious diseases and translational medicine at the University of Washington School of Medicine in Seattle.

Currently, about 55 per cent of humanity is immunised, but coverage is spotty. Much of North American and Europe are vaccinated while the majority of Africa remains unvaccinated.

“We’re still looking at a multi-year horizon before we see an uptake of vaccines that’s necessary to stop new variants from coming,” said Piltch-Loeb.

Either way, the SARS-CoV-2 virus, which causes COVID-19, will continue to mutate and evolve.

In the end, the pandemic will fade when enough people are immune either through prior infection or vaccination.

It’s what happened in the 1918 influenza pandemic, though not before it infected one-third of the world’s population and least 50 million people were killed, said Dr. Gregory Poland, director of the Mayo Clinic’s Vaccine Research Group.

“The reality for repertory viruses is they become endemic, with periodic epidemics,” he said.

It will be much like dealing with cold and flu season now, said Dr. Roger Shapiro, a professor of medicine at Harvard Medical School who works in Botswana in southern Africa, where the Omicron variant was first discovered. 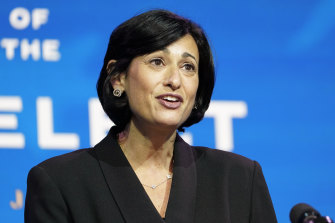 We can prepare for the future: Rochelle Walensky, head of the Centres for Disease Control.Credit:AP

“We’re probably going to have COVID season in the United States, and throughout the world, for a long time to come,” he said. “I think it starts to get to the point where we can say, ‘This is manageable.’”

Manageable doesn’t mean it disappears. Diseases almost never entirely go away, they circulate in milder forms or have fewer people they can infect. The threat is still there, even if it is less acute than the original outbreak.

The 1918 flu bug — which in the medical world is known as the H1N1 strain — is still very much with us, though in a mutated and less deadly form, said Poland, who is editor-in-chief of the journal Vaccine.

“If you got a flu vaccine this year, one of the strains in the shot was for H1N1,” he said.

There is cause for optimism. Dr. Rochelle Walensky, director of the Centres for Disease Control and Prevention said although COVID-19 is far from being predictable and contained, our ability to fight it is much better.

“One thing has become clear over the last 20 months,” she said. “We cannot predict the future, but we can be prepared for it.”