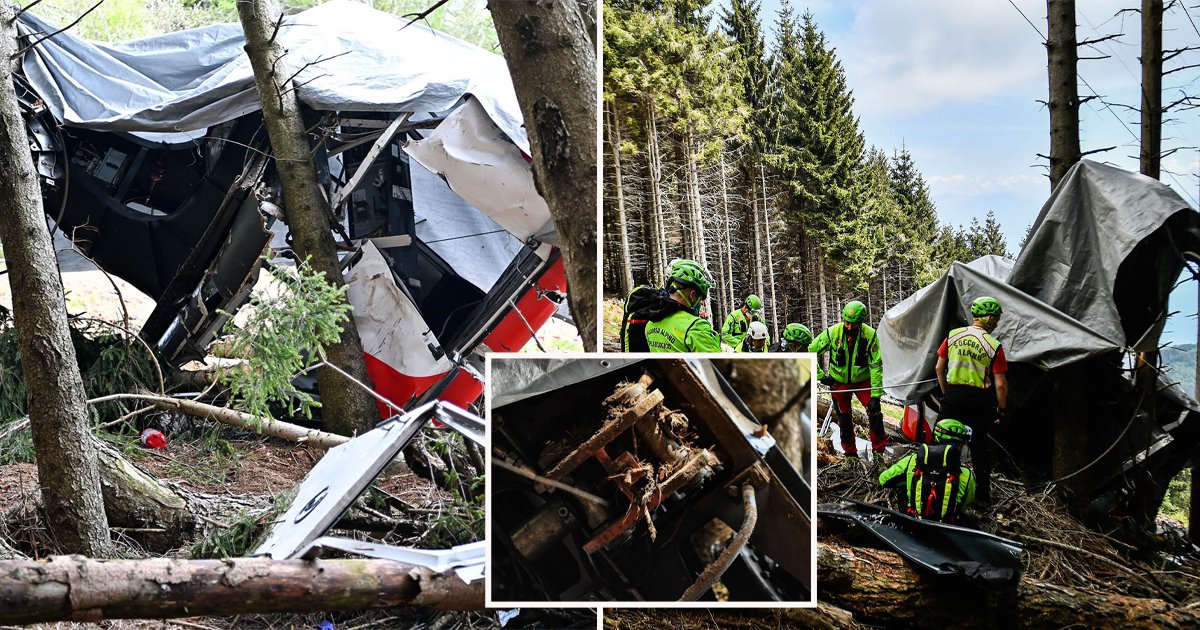 A cable car disaster that killed 14 people in northern Italy was the result of deliberate tampering, it has been claimed.

Prosecutors said the emergency brakes had been tampered with in a ‘conscious act’ which led to the car plunging at high speed into the side of the Mottarone mountain in northern Italy on Sunday.

The three members of the operating company were aware the brakes were disabled, local prosecutor Olimpia Bossi told a press conference.

The revelation came as they announced the arrest of three people early on Wednesday as part of an investigation into the incident.

The three individuals are the owner, director and chief of operations of the company and are suspected of involuntary homicide and negligence.

The crash killed everyone on board apart from a five-year-old Israeli boy.

The brake failure meant the car was travelling at over 62 mph when the cable broke, and also meant a mechanism to prevent the cabin from careering back down the mountain did not engage.

The cabin reeled back down the line until it disconnected from it, rolling down the mountainside and coming to a rest against some trees.

Ms Bossi claimed the emergency brake had been malfunctioning after unsuccessful repairs on the car, and that a fork-like clamp had been placed over it, according to local media.

She said the clamp ‘had been applied to avoid continuous disruptions and blockages of the cable car’ and that the suspects had believed that the cable would never break.

Investigators are also looking into why the cable snapped in the first place, causing the car to fall 65 feet.