BILLIONAIRE Jeff Bezos allegedly threw a lavish party at his Beverly Hills mansion in the aftermath of the tornado tragedy that left at least six Amazon workers dead.

An Amazon warehouse in Edwardsville, Illinois was destroyed after several twisters slammed into the building on Friday night. 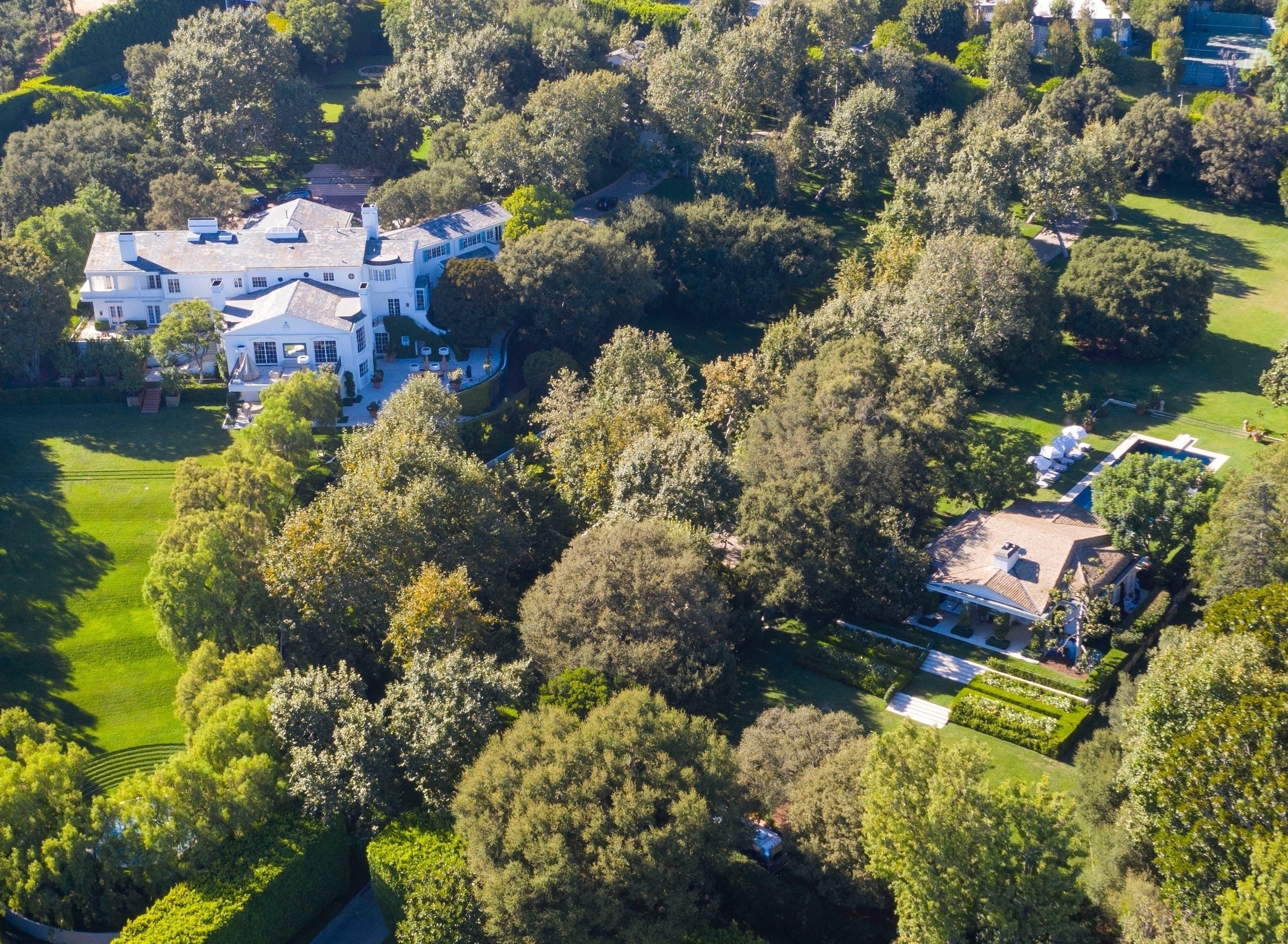 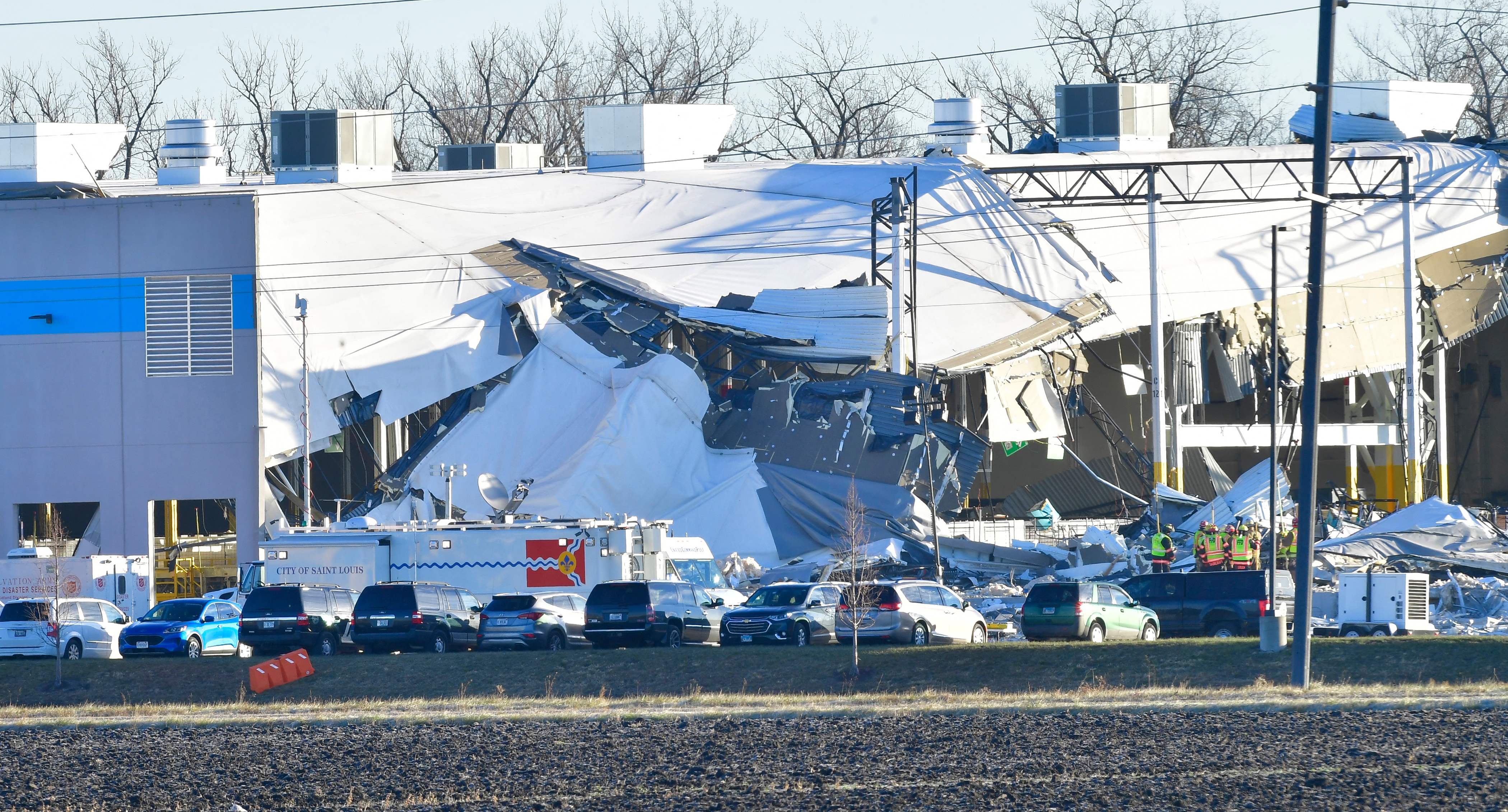 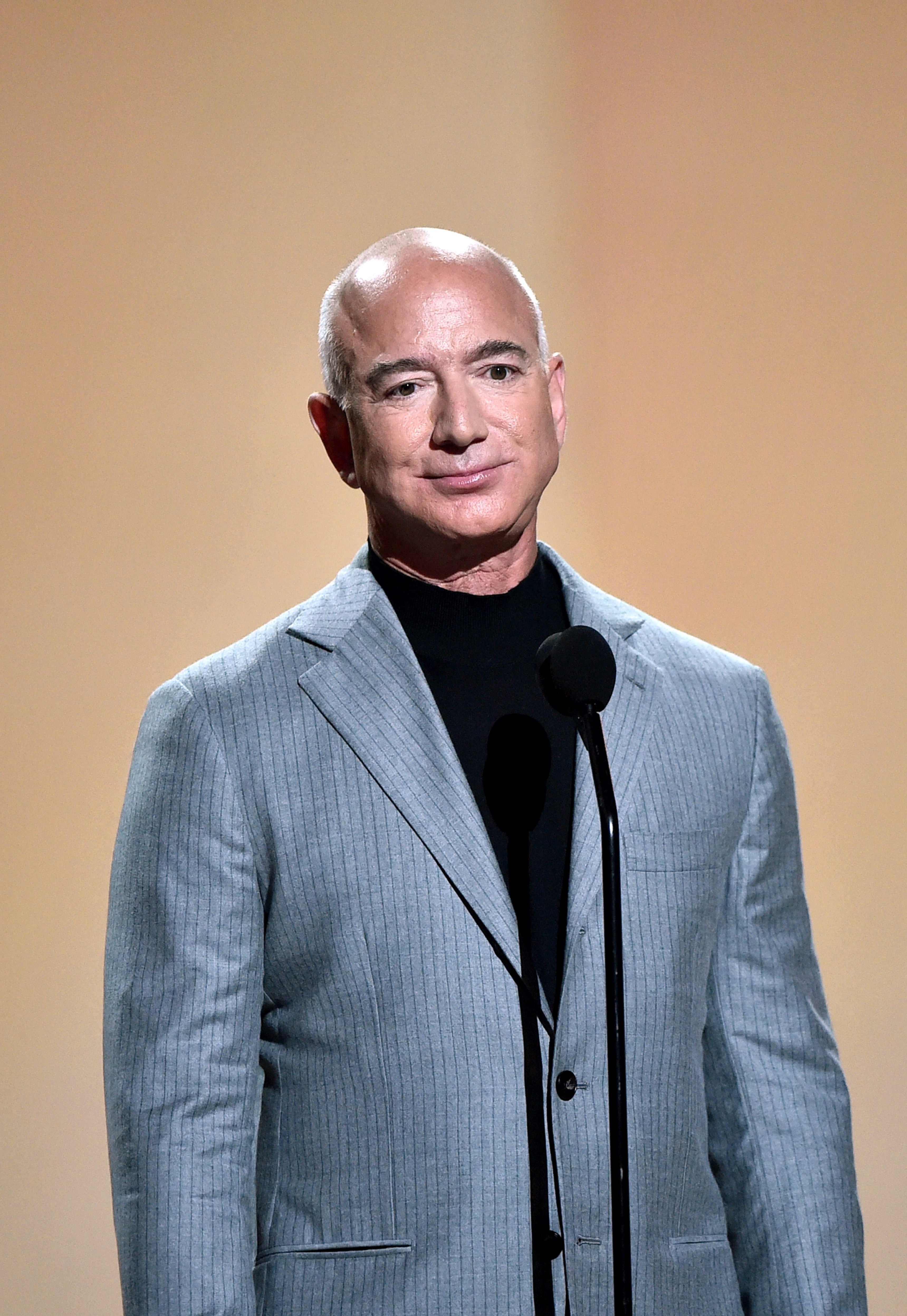 The warehouse’s roof was ripped off and its concrete walls collapsed as the site was left in rubble.

Photos appear to suggest a party was thrown at Bezos’ Beverly Hills mansion following the tragedy.

It comes after the tech mogul was slammed after celebrating his Blue Origin space trip.

On Saturday morning, the Amazon founder made no mention of the deadly collapse when he went on social media praising a successful landing of one of his Blue Origin missions.

“Happy crew this morning in the training center,” the billionaire wrote on Instagram along with a photo of “Good Morning America” host Michael Strahan, a daughter of Apollo 14 astronaut Alan Shepard and four others.

Hours later, Bezos posted: “The news from Edwardsville is tragic. We’re heartbroken over the loss of our teammates there, and our thoughts and prayers are with their families in loved ones.

'NOT A SPICE GIRLS REUNION'

“All of Edwardsville show know that the Amazon team is committed to supporting them and will be by their side through this crisis.

“We extend our fullest gratitude to all the incredible first responders who have worked so tirelessly at the site.”

His mother Carla Cope, told The Daily Beast: “He just said he needed to tell someone that [the tornado] was coming. He had a big heart and he was a very sweet man.”

She went to the warehouse after the storm passed, looking for her son. She learned hours later from authorities that Clayton didn’t survive.

Longtime friend Leighton Grothaus described Clayton as a “one of a kind person".

Cargo driver McEwen, the youngest victim, died while sheltering in the bathroom with coworkers.

Friends said he was an only child who loved to hunt with his friends.

He was my friend and he didn't make it," coworker Brian Erdmann, who was on his way to make a delivery to the warehouse, told Reuters.

'HE WAS MY FRIEND'

Employees told Reuters they were told to hide in the bathrooms when alerts came in about 40 minutes before the tornado hit.

"Our team worked quickly to ensure as many employees and partners could get to the designated Shelter in Place," Amazon confirmed.

"We thank them for everything they were able to do."

The family of Etheria Hebb described her as a new mother, according to the New York Post.

“She was a younger cousin of our generation so I always felt the big cuz/lil cuz bond, she was a new and dedicated mother, a naturally beautiful person from the heart all the way to her radient [sic] outer beauty,” her cousin Coerce Smith wrote on Facebook.

“I came on here to express how much of a GREAT FRIEND he was to me for so many years! I learned so much from him during my school years he taught me early what loyalty was,” his ex-girlfriend wrote, according to the Post.

Larry Virden texted his girlfriend before the tornado struck, claiming that Amazon had told him not to drive home and stay put until the storm passed.

Cherie Jones, his girlfriend of 13 years, told the Post: “I got text messages from him. He always tells me when he is filling up the Amazon truck when he is getting ready to go back… I was like ‘OK I love you’.

“He’s like ‘well Amazon won’t let me leave until after the storm blows over.”

The message was sent around 16 minutes before the storm touched down.

Virden had worked at Amazon for five months and was the dad of four kids, including adopted children.

He was also a US Army veteran who served in Iraq.

Amazon CEO Andy Jassy said he was left "heartbroken" over the loss.

Amazon spokesperson Kelly Nantel told The Sun: “We’re deeply saddened by the news that members of our Amazon family passed away as a result of the storm in Edwardsville, IL.

"Our thoughts and prayers are with the victims, their loved ones, and everyone impacted by the tornado.

"We’re continuing to support our employees and partners in the area."

A series of twisters also ravaged parts of Kentucky, Arkansas, and Tennessee on Friday night.

A tornado flattened a candle factory in Mayfield where around 110 employees were on a night shift.

Valeria Yanis told USA Today that she hid under a water fountain as employees rushed to the bathroom for cover.

She said: “We couldn't see anything. Everyone was panicking. “Everything fell on us. Roof, metal, and rocks. We were all trapped. There were so many screams.”

Officials fear the death toll in Kentucky is likely to pass 100.

State governor Andy Beshear said no one had been pulled out of the rubble alive since Saturday.

Around 50,000 homes are without power and the lawmaker couldn’t say how many people had been reported missing. 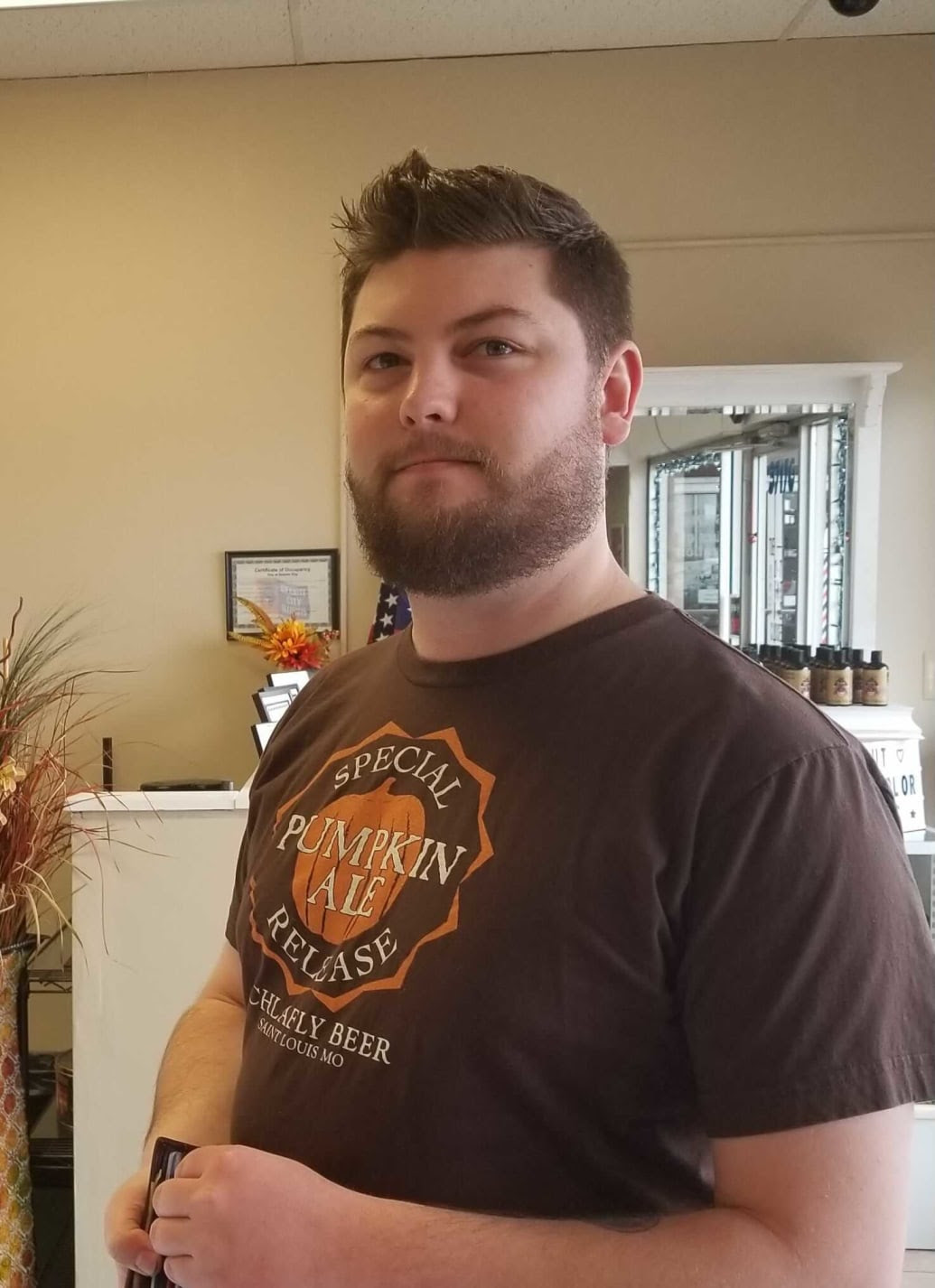 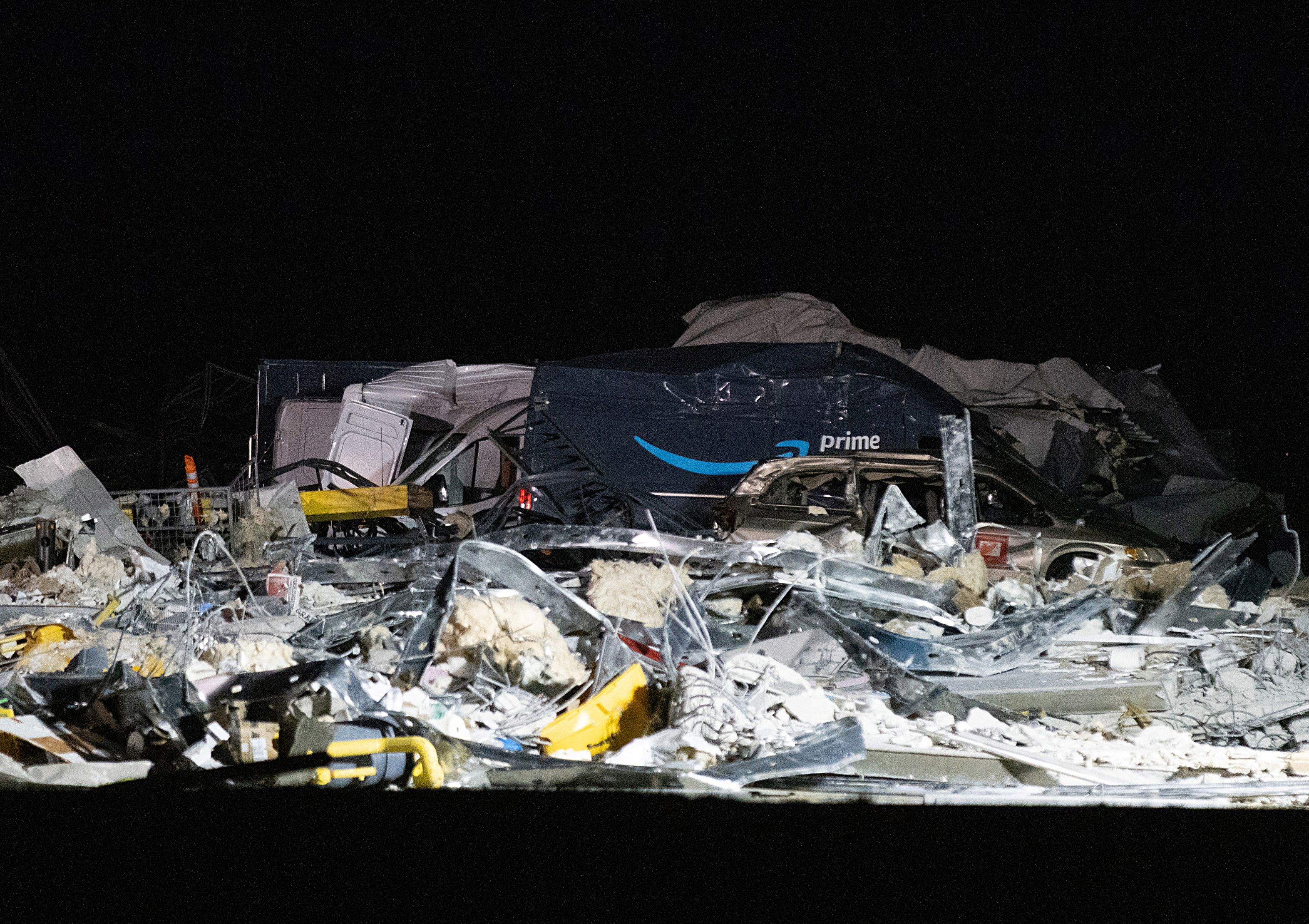