Mr Snow gave up a quarter of his salary last year in what he described as a ‘cooperative gesture’ amid a gender pay row. But Miss Newman said the move should have come far sooner.

The presenter said she had expected a gender pay gap at ITN, which makes Channel 4 News, but had been stunned by the scale of it. 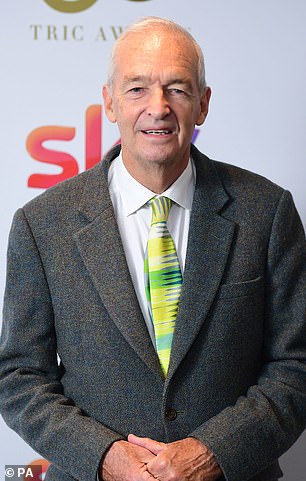 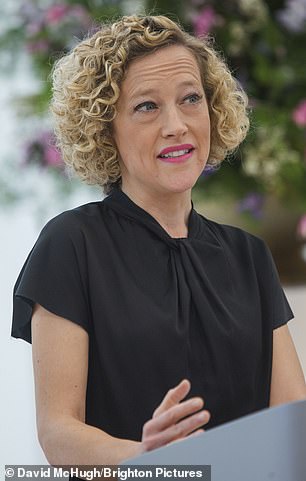 Jon Snow (left) gave up a quarter of his salary last year in what he described as a ‘cooperative gesture’ amid a gender pay row. But Cathy Newman (right) said the move should have come far sooner

‘I can’t say I was wholly surprised… because it seems to me this seems that this is still a problem across society from banks to broadcasters to supermarkets. It’s endemic,’ she said. ‘But I have to say, I was shocked at the disparity – worse than the national average and worse than the BBC.’

Last year, ITN admitted to paying men an average of 19.6 per cent more than women, with 17 of its 20 top earners being men. The gap has since fallen to 16.7 per cent.

Speaking at an education conference at Brighton College yesterday, Miss Newman also told how she had suffered sexism at work throughout her journalism career.

Twenty years ago, when she was a reporter for the Financial Times, she had to confront her editor over a £10,000 pay difference between her and a recently hired male colleague. ‘I was told, “Why do you need more money. You don’t have a mortgage or a family”, well my jaw dropped to the floor and I got the pay rise overnight.’

More recently, she was told by then Channel 4 boss David Abraham that she must be paid well because she was wearing nice shoes.

‘It’s amazing to think that half a century after the Equal Pay Act was introduced women, from Asda staff to BBC reporters, are still battling to the wages their male colleagues take for granted,’ she said. ‘Too few women are getting the top jobs – whether that is in journalism or teaching – and the top salaries that come with them, hence the gender pay gap.’