That’s just the ticket! Bus fares could be capped at £2 to ease cost of living

Bus fares on all local and regional journeys in England could be capped at £2 this autumn to help cut travel costs.

Prices could be slashed for six months from October, with bargain rates for cross-country trips of up to 80 miles and lasting more than three hours.

Downing Street has reportedly been working on the scheme since April but it is not known if a new prime minister will affect its introduction.

The plan comes amid soaring fuel prices, with the cost of filling up rising by £9 last month. 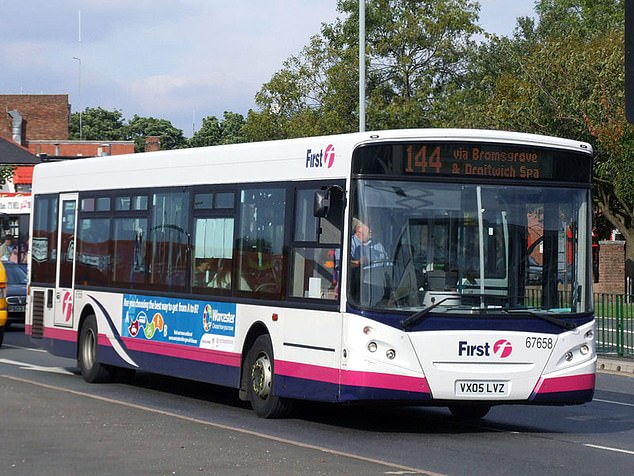 Stock image of a 144 bus in Worcestershire. The reduced fares would save commuters money on transport as the cost of living continues to increase

A source told the Sunday Times: ‘The value of an eye-catching initiative like a £2 flat fare is that the Government can get behind it and say, “We are helping you over the winter”.’

Bus services in England are currently more expensive and less frequent than in London, where pay-as-you-go fares are £1.65 if made within an hour.

It means an 80-mile trip from Peterborough to Norwich could be cut from £12 to £2, and a similar-length journey from Leeds to Whitby could be reduced from £19.

A Department for Transport spokesman said he would not comment on ‘speculation’.

But he said in a statement: ‘We’ve already committed to investing £3billion into bus services by 2025, to improve fares, services and infrastructure, and given nearly £2billion since March 2020 to bus operators and local authorities to mitigate the impacts of the pandemic.’

The main purpose is to reduce the price of trips in rural areas and to city centres from outer suburbs, for commuting, shopping, leisure and school trips.

But there will also be big bargains on longer trips.

The price cap will reportedly not apply to long-distance scheduled coach services, and will also not apply to Scotland or Wales.

Bus price caps of £2 to start in the autumn have already been announced by the Labour mayors of West Yorkshire, Greater Manchester and Liverpool City Region.

They are due to last three years and aimed at helping urban commuters.

Bus travel has been in long-term decline since the 1950s, and half the population take the bus less than once a year.

However, the sudden and dramatic increase in petrol prices means many motorists are likely to seek alternative ways of getting to work and travelling locally.