VICE Presidential candidate Kamala Harris accidentally touted “the Harris administration” in an awkward slip up during a campaign event on Monday.

Harris, currently a senator from California, was speaking during a virtual economic roundtable with small business owners in Arizona when she made the remark. 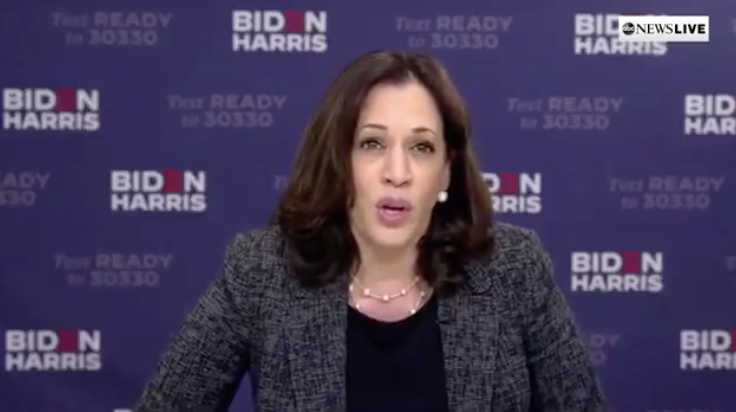 "A Harris administration, together with Joe Biden as the president of the United States,” the 55-year-old Democrat said.

Harris then quickly clarified: "The Biden-Harris administration will provide access to $100billion in low-interest loans and investments from minority business owners."

Many online jumped on the error, calling it a “Freudian slip,” while others online said it was “no accident.” 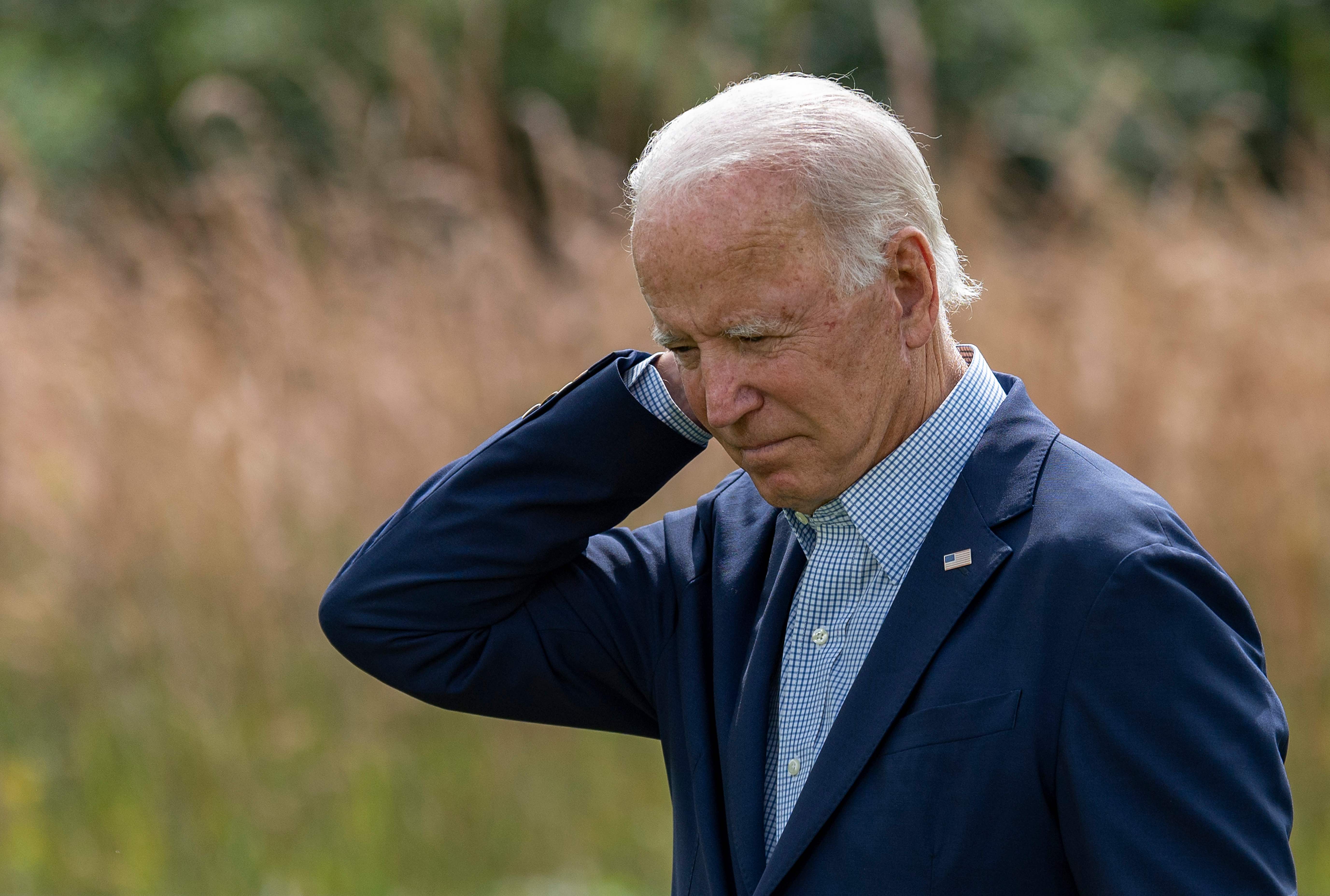 “He is, he’s a Trojan horse,” Trump said during a campaign event in Wisconsin. “He has no clue, but the people around him are tough, and they’re smart.”

The president continued: “But we disagree with them very, very strongly. They’re mean and they’re angry.

"Joe Biden is the puppet of left-wing extremists trying to erase our borders, eliminate our police, indoctrinate our children, vilify our heroes, take away our energy.”

More recently, Trump has stepped up his attacks on Harris, and said last week that “nobody likes” her. 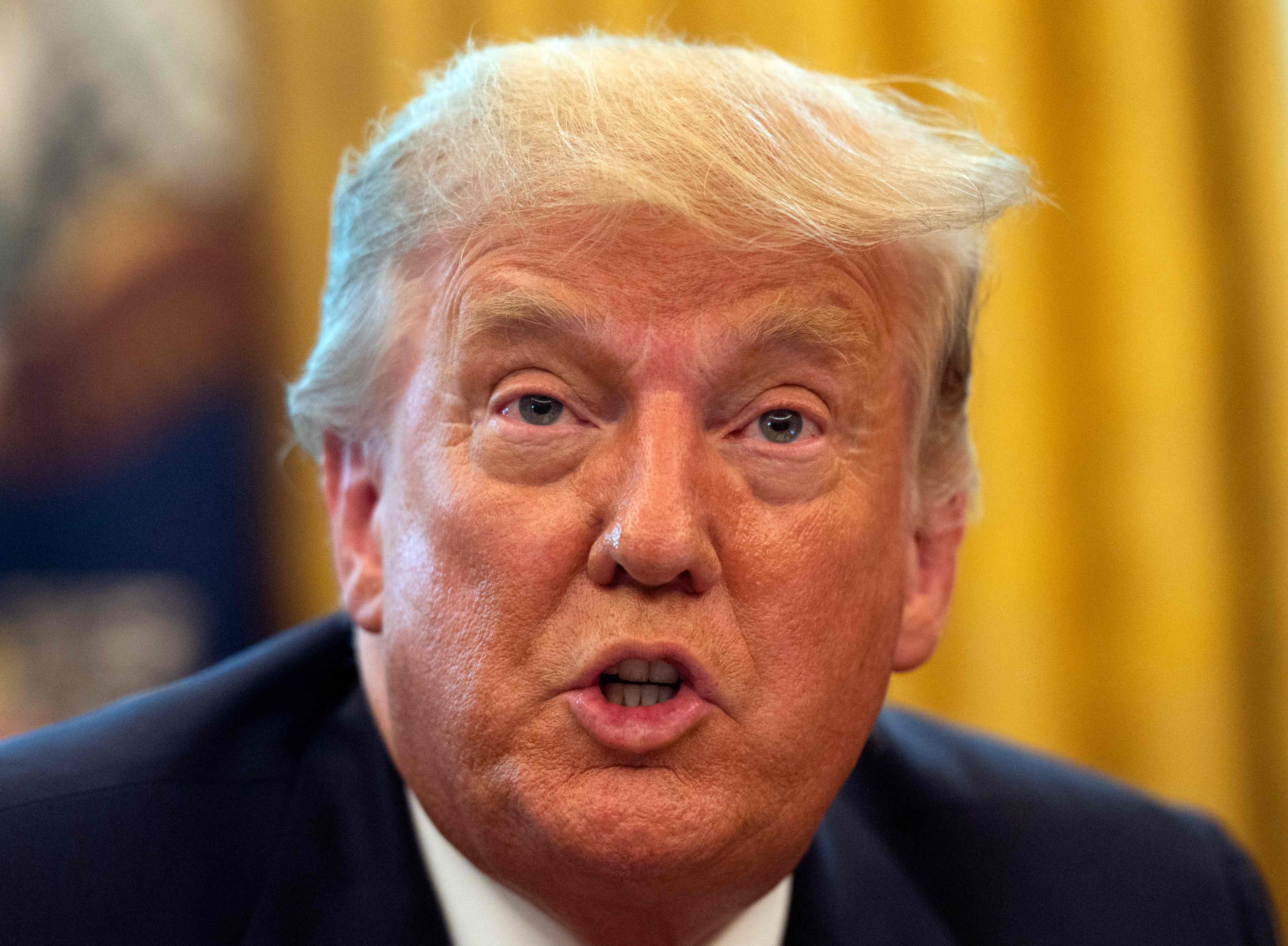 He told voters in North Carolina it would be “an insult to our country” if Harris became the first female president.

In August, he called Harris “nasty” for her line of questioning against now-Supreme Court Associate Justice Brett Kavanaugh.

“I was surprised that he picked her,” Trump told reporters of Biden’s VP selection, and taking aim at Harris and Biden’s relationship.

“I have been watching her for a long time. I was a little surprised. She was extraordinarily nasty to Brett Kavanaugh – Judge Kavanaugh then, now Justice Kavanaugh. 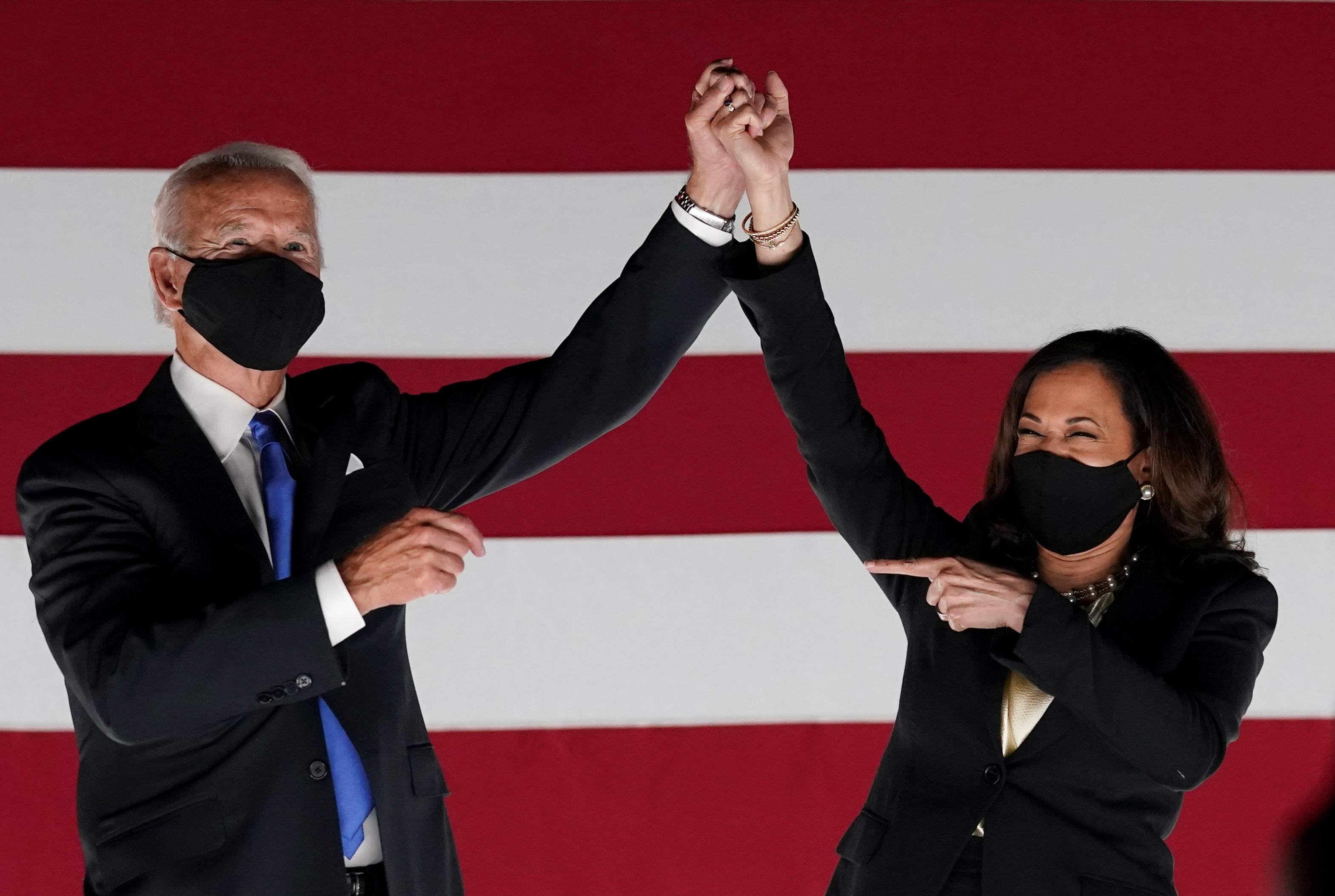 "She was nasty to a level that was just a horrible thing the way she treated now-Justice Kavanaugh, and I won’t forget that soon.”

Trump later referred to Harris as "not very competent" after she said she "would not trust his word" on a coronavirus vaccine.

After Biden announced Harris as his running mate, the Trump re-election campaign put out a statement blasting the choice – claiming that, “Not long ago, Kamala Harris called Joe Biden a racist and asked for an apology she never received.”

The claim stems from a June 2019 presidential debate in which Harris criticized the former vice president on the topic of busing black students to white schools in the 1970s. 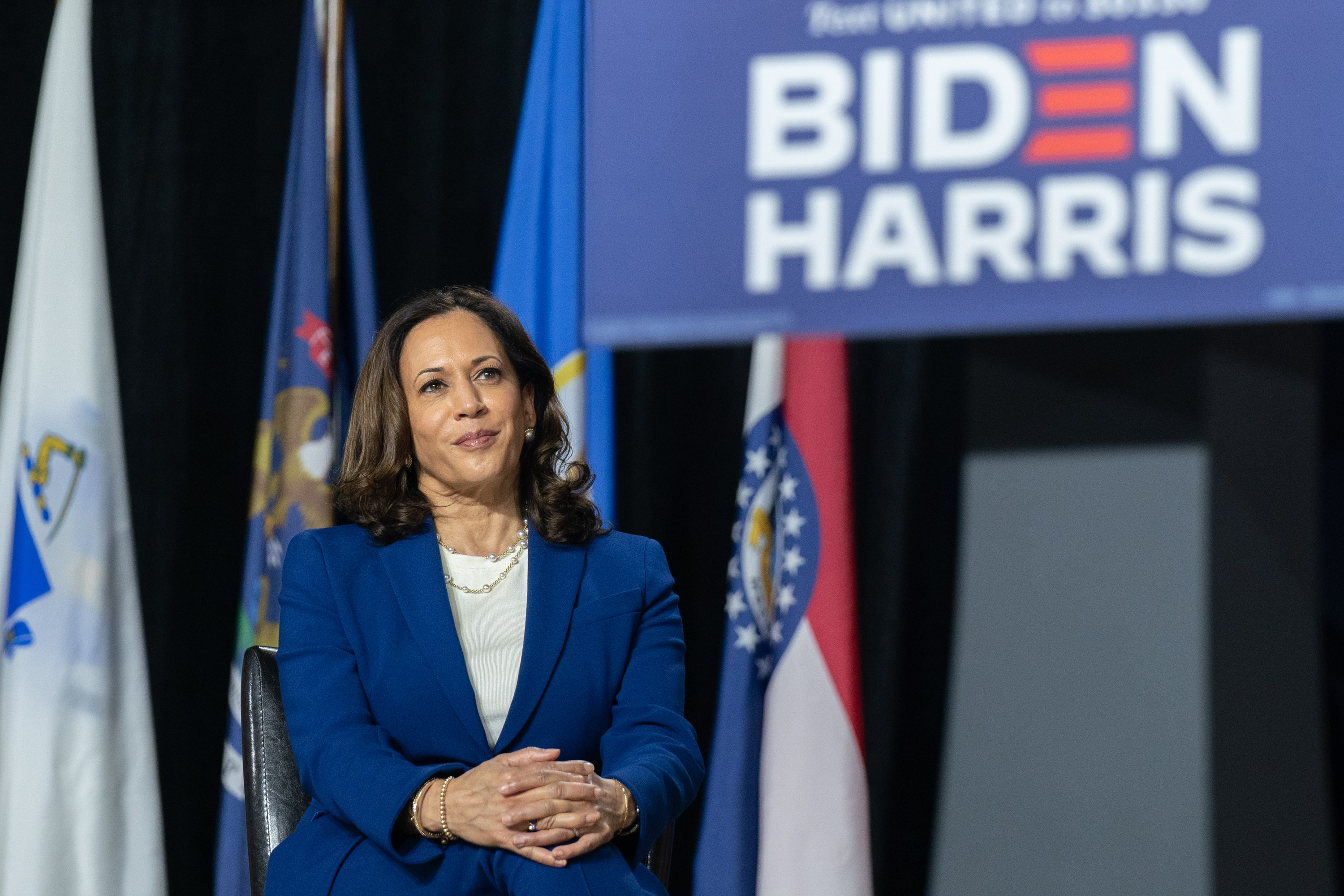 Harris did not call Biden racist during the Democratic primary debate – and even stated before she made the remarks in question that she doesn’t think he’s racist.

The exchange came after Biden boasted about being able to work with senators he disagreed with, including ones who supported segregation. 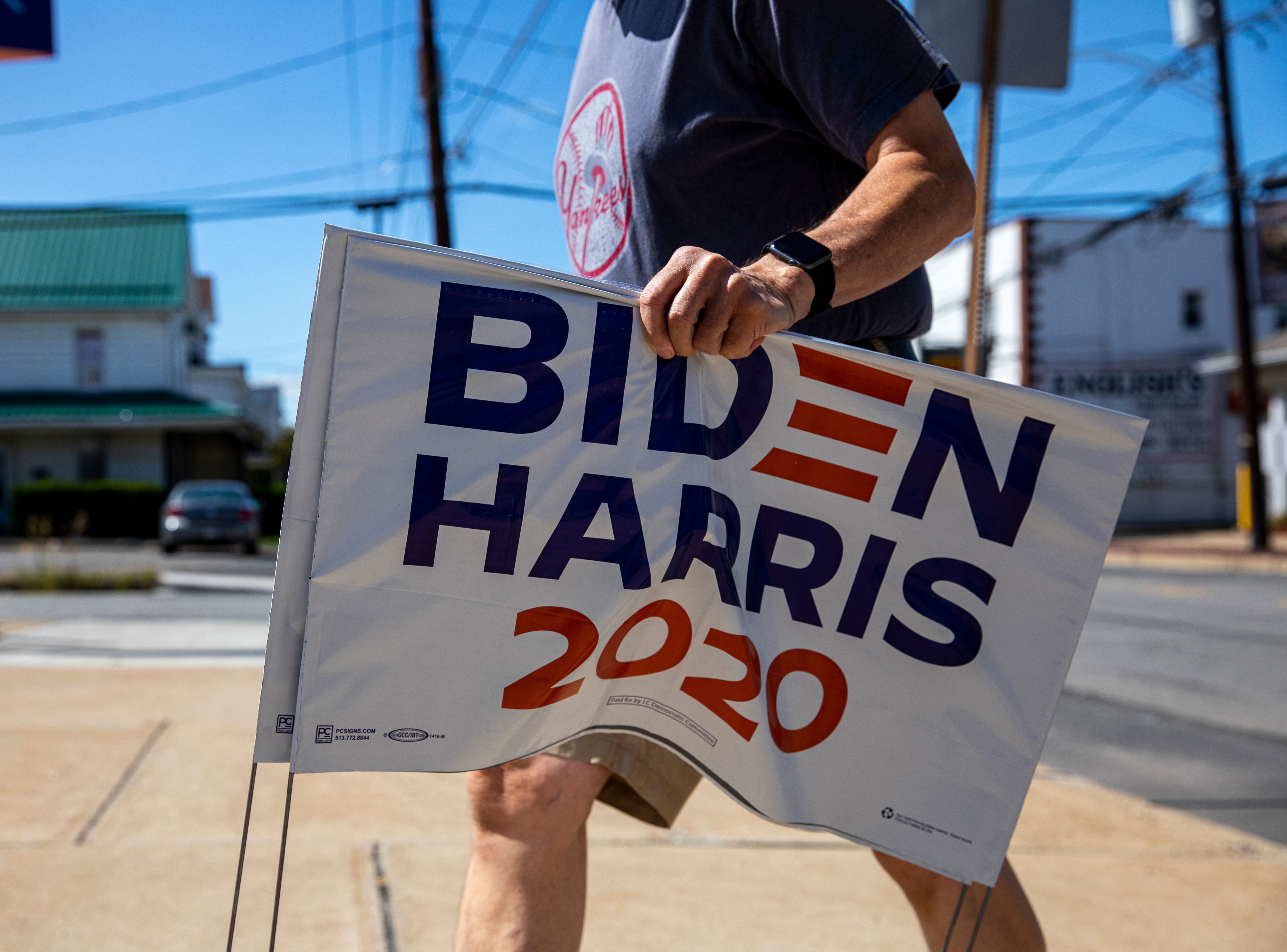 “I do not believe you are a racist, and I agree with you when you commit yourself to the importance of finding common ground.”

“But I also believe, and it's personal, and it was hurtful to hear you talk about the reputations of two United States senators who (have) built their reputations and career on the segregation of race in this country."

Biden said Harris’ remarks were “a mischaracterization of my position across the board. I do not praise racists. That is not true.”

Weeks later, Biden said he was wrong on his comments about his track record of working well with segregationists.

“Was I wrong a few weeks ago?” Biden asked. “Yes, I was. I regret it, and I’m sorry for any of the pain of misconception that caused anybody.”