A zookeeper who was mauled by two lions forgot the ‘golden rule’ of checking to see if they were in their enclosure before he entered, an investigation has found.

A probe launched by Serengeti Park in northern Germany found the attack on Saturday was a result of ‘human error’.

Asta Knoth, spokesman for the zoo, said it was not clear why the experienced 24-year-old keeper had not followed procedure in entering the cage. 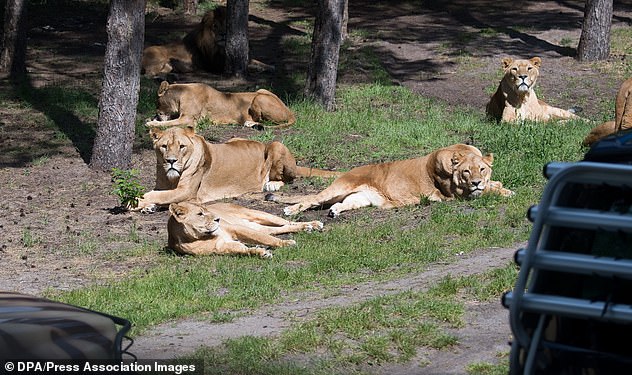 German bosses said it was a ‘miracle’ that the 24-year-old keeper survived the attack when he entered the lion enclosure. The two males were kept separately from the main pride (pictured) 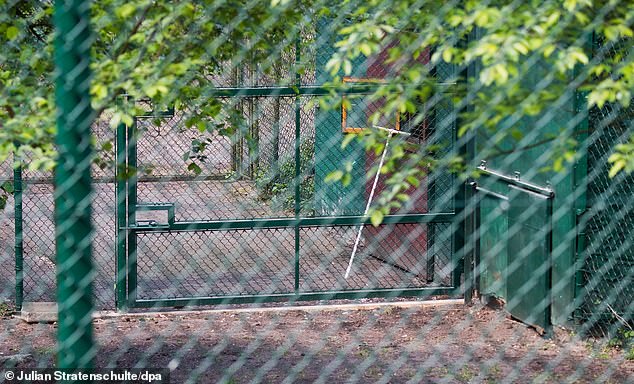 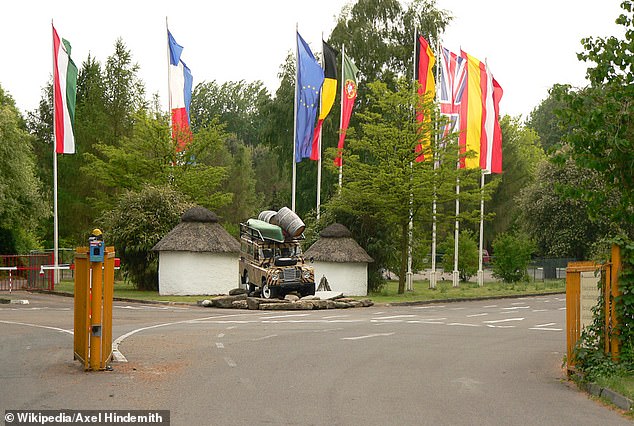 But the victim’s colleagues have speculated it was to perform a routine fence check – despite being during the lions’ feeding time.

Ms Knoth said the zookeeper suffered ‘many deep bite wounds’ from the two male lions, which punctured his chest and shattered his ribs.

The zoo’s owner added: ‘It’s a miracle that our young colleague is still alive.’

Fellow keepers noticed the attack and fought off the lions before pulling the man to safety.

The 280kg big cats, who had already been separated from the main pride and placed in a separate enclosure, were being fed when the attack happened. 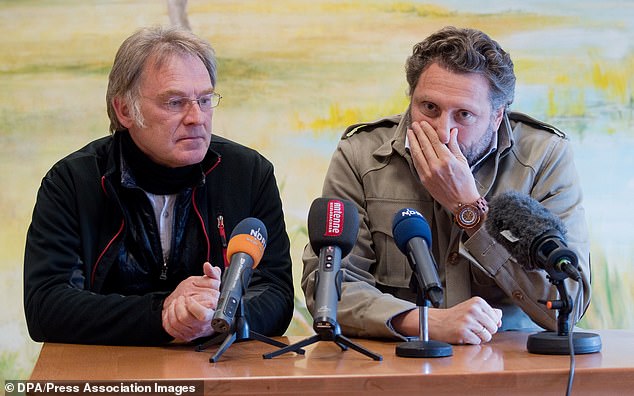 Directors Fabrizio Sepe (right) and Frank Ahrens (left) said their colleague was recovering well in hospital after the attack at Serengeti Park, in Hodenhagen, north Germany 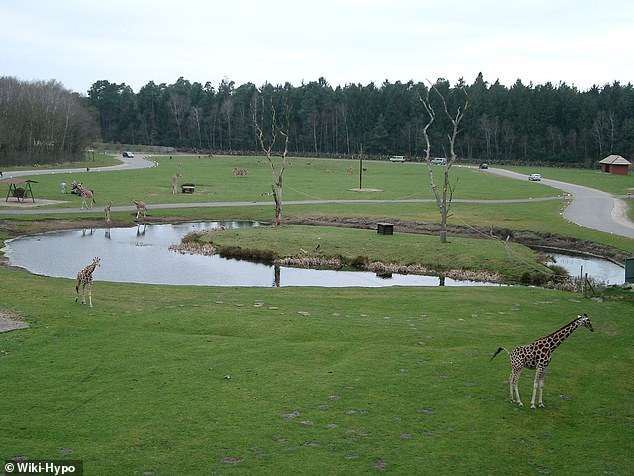 He was flown by helicopter to a hospital in the Lower Saxony region with non-life threatening injuries – but still had to undergo a five-hour operation.

Ms Knoth said he ‘got away lightly considering the circumstances’ and is expected to make a full recovery.

The park’s lions have previously hit the headlines when a lioness attacked a full safari bus, injuring a family.

The park, which visitors drive through in their cars, contains more than 1,500 animals that live on 296 acres of land.

Elephants, leopards, giraffes and macaques call the park home alongside the pride of lions.

Since its foundation in 1974, the park has also worked to conserve endangered species.

One of its most important achievements, according to the zoo’s website, was the release of a white rhinoceros it had reared back into the wild.