A prominent Labour MP was heckled by her own colleagues yesterday as she spoke up for women’s right to retain single-sex spaces such as changing rooms.

Canterbury MP Rosie Duffield was jeered in the Commons as she backed the Government’s decision to block the Scottish parliament’s gender identification legislation.

Ms Duffield asked the Scottish secretary Alister Jack to ‘recognise the strength of feeling amongst women, women’s rights’ groups and activists in Scotland, that this Bill seeks to allow anyone at all to legally self-identify as either sex and therefore enter all spaces, including those necessarily segregated by sex, such as domestic violence settings, changing rooms and prisons’.

She had to raise her voice as she was heckled by Labour and SNP MPs who support the Scottish plan. Former Labour cabinet minister Ben Bradshaw shouted ‘absolute rubbish’ as she spoke, while fellow Labour MP Lloyd Russell-Moyle also appeared to be trying to shout her down. 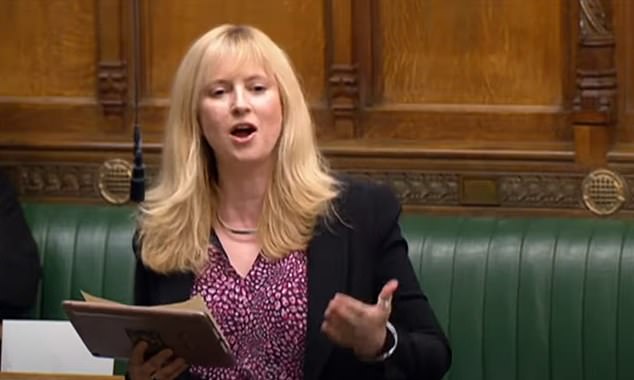 Labour MPs Luke Pollard and Charlotte Nichols could also be seen shaking their heads in dissent. Mr Jack said Ms Duffield ‘deserves a lot of respect for her courage on standing up on this issue’. Writing on Twitter, Ms Duffield said: ‘Being shouted down in the Chamber by Labour men who clearly don’t want women to speak up for our rights to single-sex spaces. How very progressive.’

She added: ‘The protection of single sex spaces for the most vulnerable women are at stake, so why on earth are Labour colleagues OK with this?’

The Labour leadership was unwilling to say whether it backed the Government stance.

Shadow Scottish secretary Ian Murray dodged the issue and accused ministers of turning the row into a political ‘bun fight’. 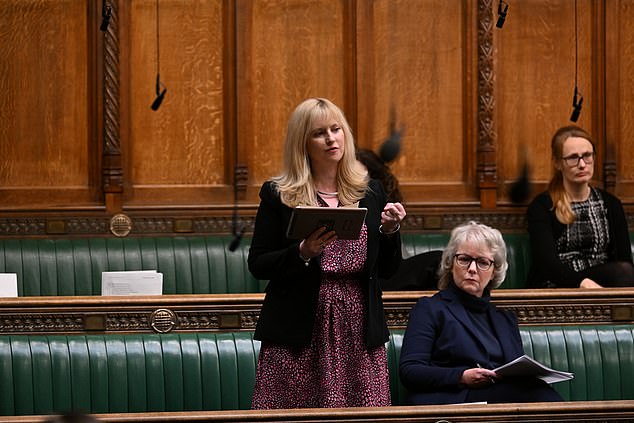 The prominent Labour MP asked the Scottish secretary Alister Jack to ‘recognise the strength of feeling amongst women, women’s rights’ groups and activists in Scotland’

Shadow culture secretary Lucy Powell flatly refused to reveal her views on the issue. She told Times Radio there were ‘a range of different opinions across Labour’, adding: ‘I have my own views, which I’m going to keep to myself… I’m not going to answer because I don’t want to reduce this argument to that.’

Scotland’s First Minister Nicola Sturgeon was yesterday accused of ‘weaponising vulnerable children’, as she vowed to take the Government to court for blocking gender self-identification.

Amid angry scenes in the Commons, Tory MPs claimed the SNP was stoking the row about trans rights in a cynical ‘pursuit of their separatist agenda’. 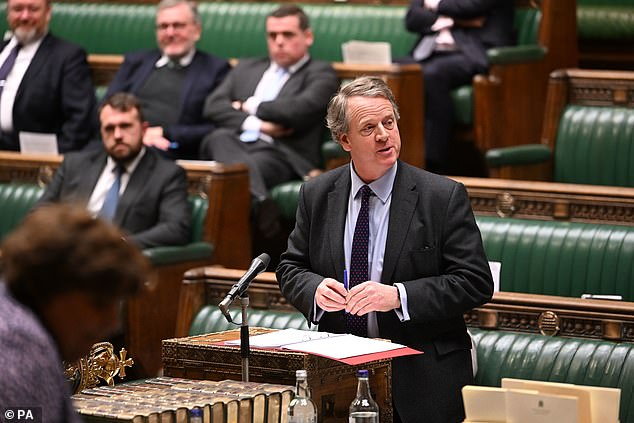 The accusation came as the SNP leader vowed to fight the Government all the way to the Supreme Court over its ‘outrageous’ decision to veto a Scottish parliament law, the Gender Recognition Reform (Scotland) Bill, that paved the way for gender self-identification. She said the row would ‘inevitably end up in court’.

Ms Sturgeon accused the Government of mounting ‘a direct attack on… Scottish parliament’, adding: ‘If it is allowed to happen on this, then I think that is a very slippery slope.’

The Scottish secretary told MPs the decision to block the bill followed legal advice it would have ‘serious adverse effects’ on provisions in the Equality Act that guarantee women’s access to single-sex spaces.