THIS unlucky leopard had to curb its quiller instinct after picking on a porcupine.

The big cat spent 90 minutes trying to get past the spines of its would-be lunch. 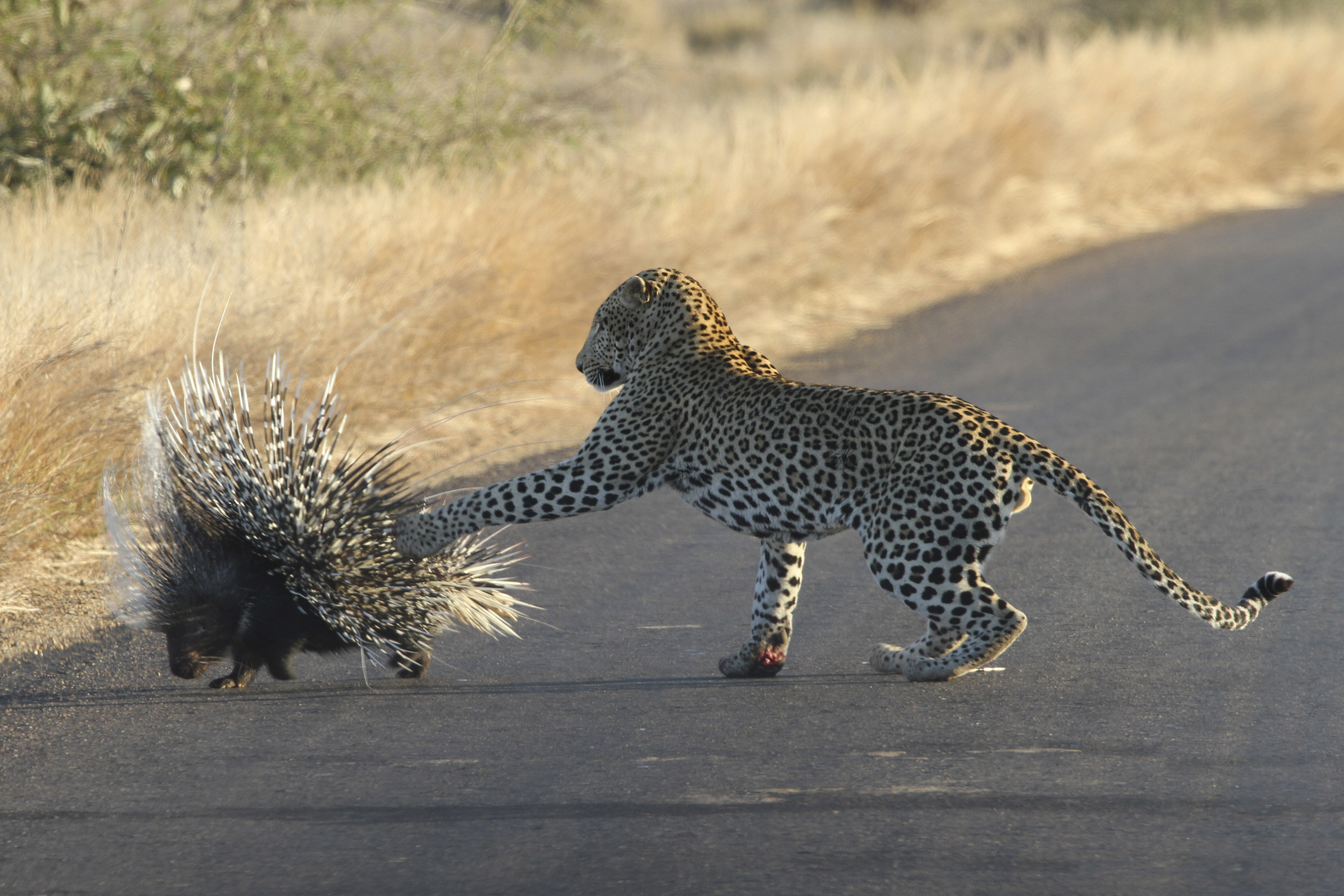 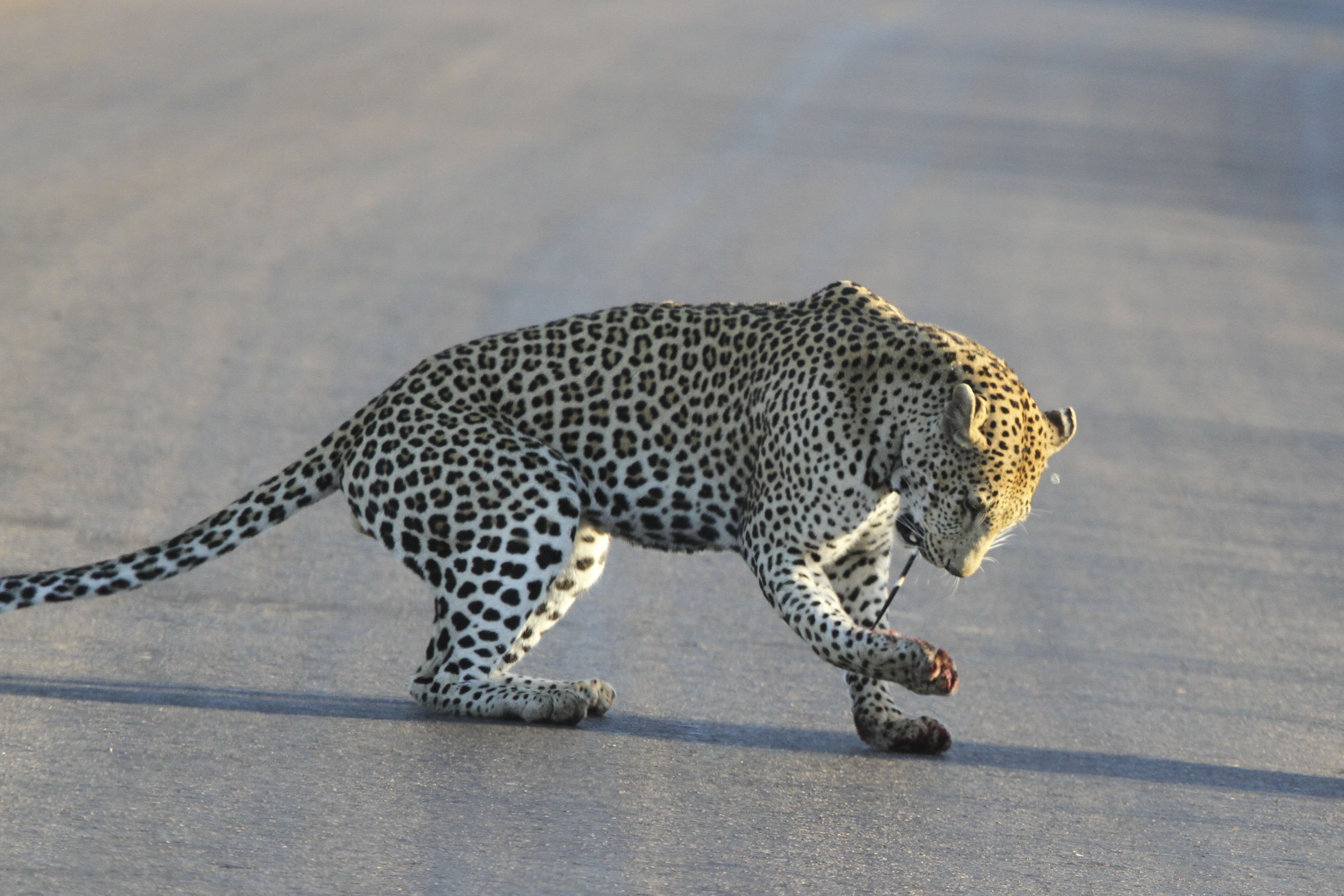 It even took breaks to pull quills from its wounded paws before trying again. But its prickly prey was having none of it and the leopard eventually gave up.

Photographer Mariette Landman, 57, who took these shots in Kruger National Park, South Africa, said: “This was something I had never seen before. The fight lasted about 90 minutes.

“Then they both just walked away. It was definitely a once- in-a-lifetime experience.” 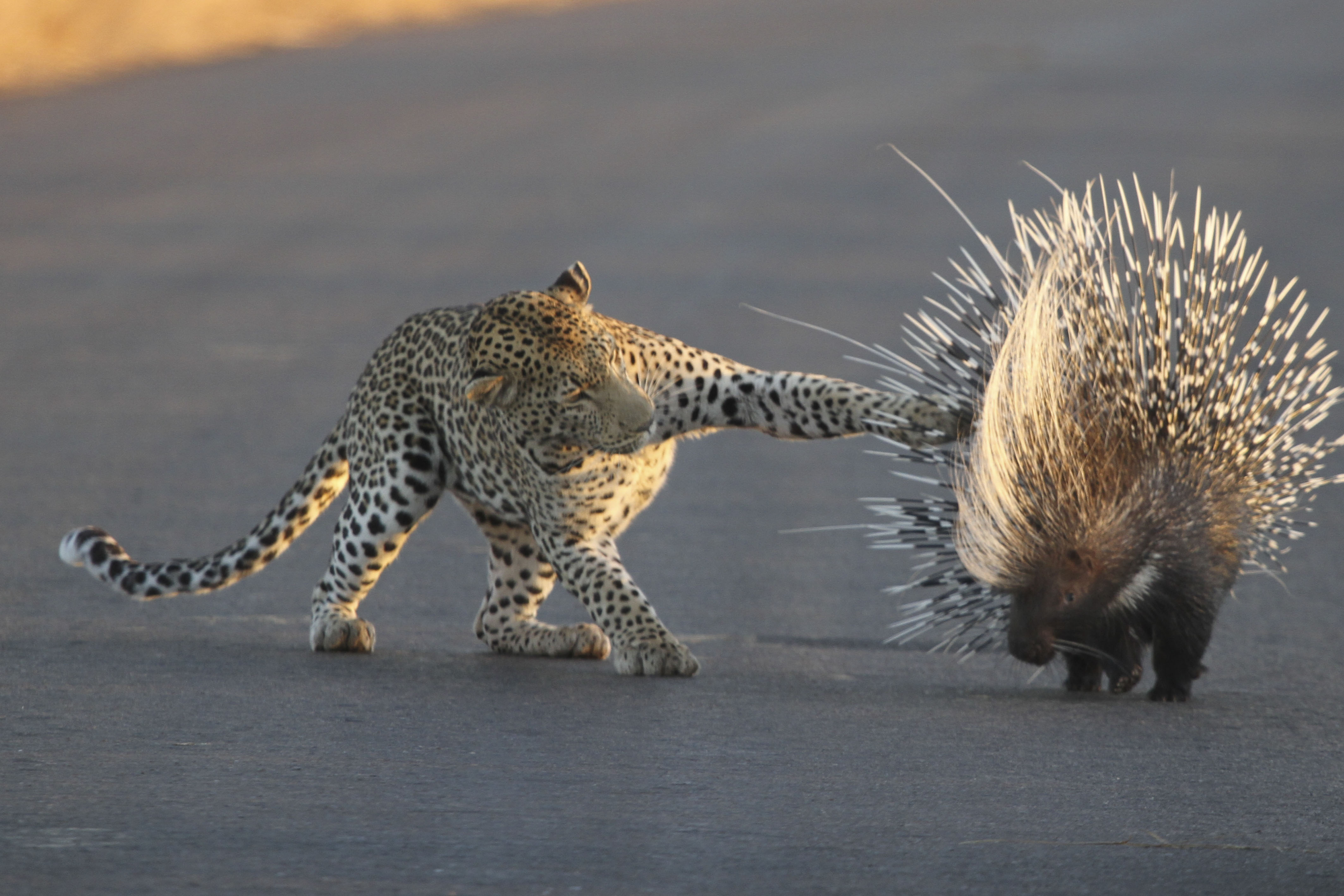 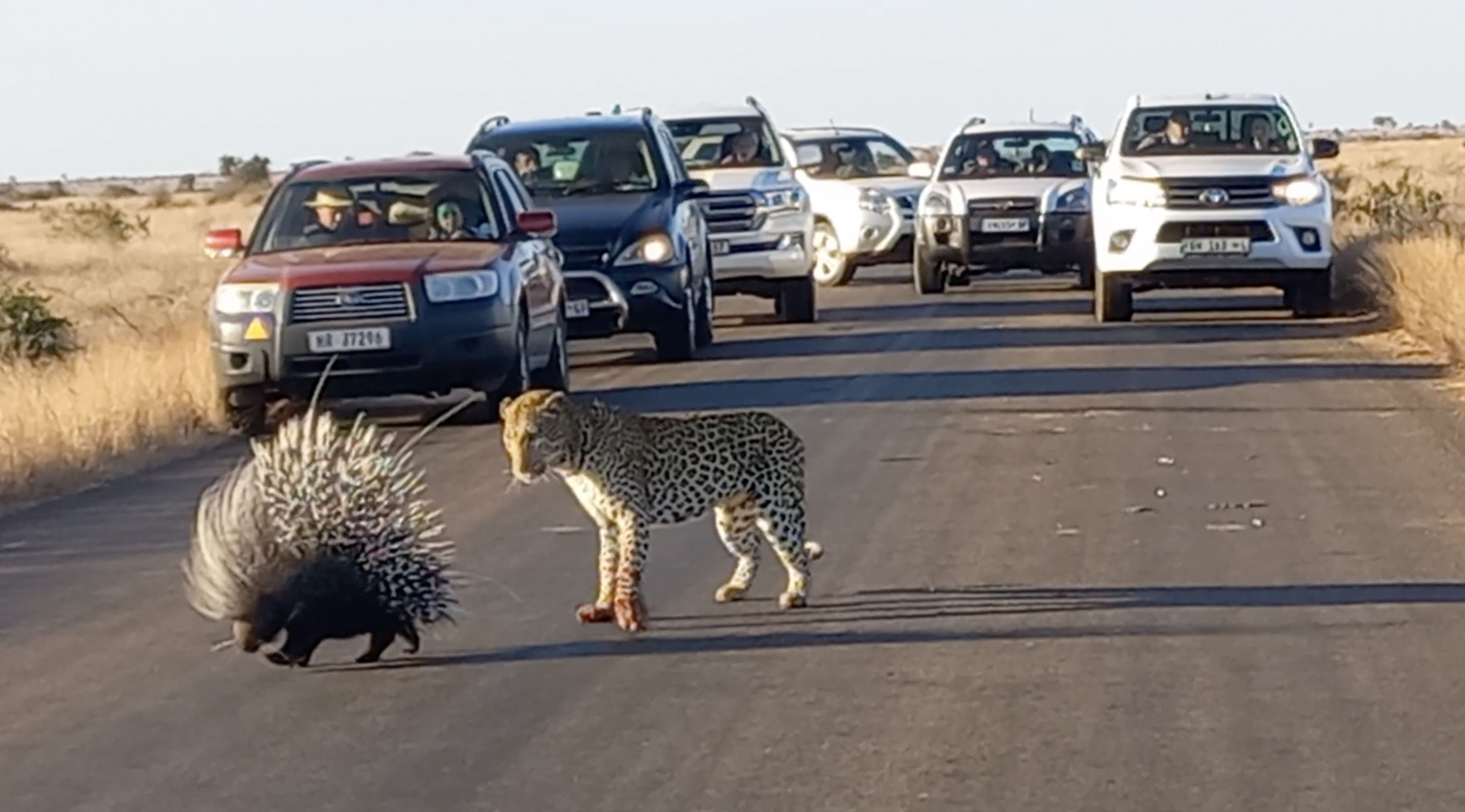