That’s baa-rking! Little lamb stands out from the flock thanks to its bizarre bleat

This is the comical moment an eight-week-old lamb showcases a distinctive bleat as it walks among its flock in Australia.

The footage filmed in Aarat, in the state of Victoria, shows the small animal look past the fence of its enclosure before walking over to the other lambs and sheep.

In an attempt to replicate the sounds of the sheep, the lamb then releases a shrill and high-pitched ‘baa’ – distinguishing itself from its flock. 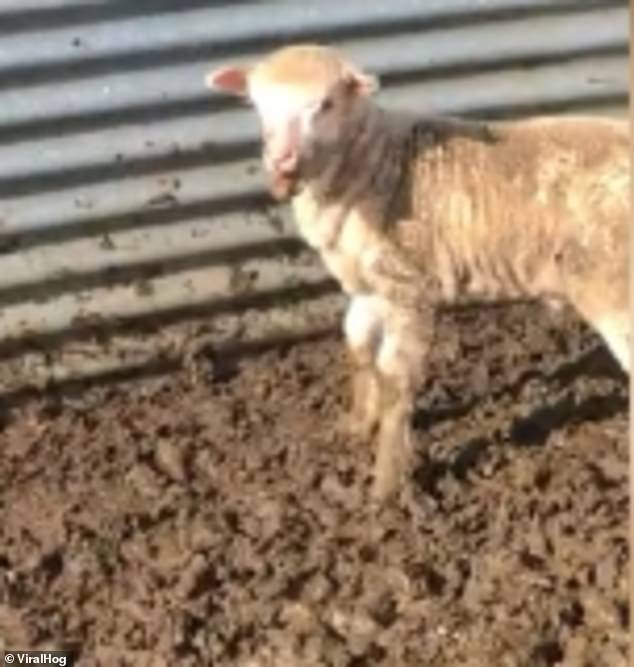 The eight-week-old lamb showcases a distinctive bleat in Aarat, in the state of Victoria, Australia

During the clip, which was filmed on August 17, the animal walks around its pen as the sounds of other sheep and lambs are heard in the background.

The creature then opens its mouth and produces an unusual ‘baa’ sound.

Lambs are often born at around 145 days after the ewe falls pregnant and are dependent on their mothers for the first four to six months of their lives.

They can walk just minutes after they are born and will often reach maturity by the age of one.

One mature, domestic sheep typically feature a thick coat of fleece on its body while wild sheep are largely variations of brown hues. 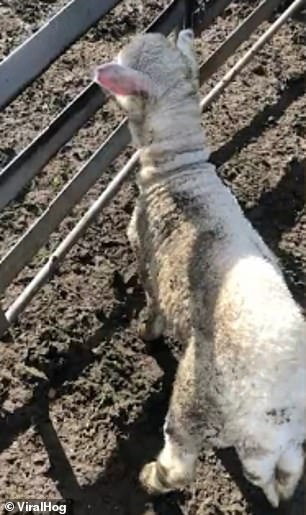 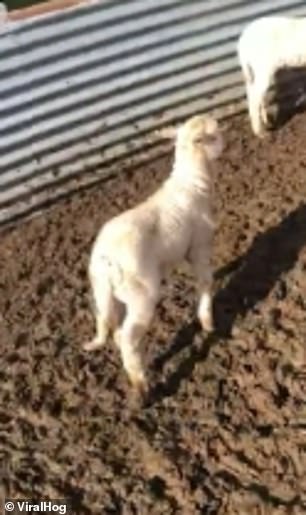 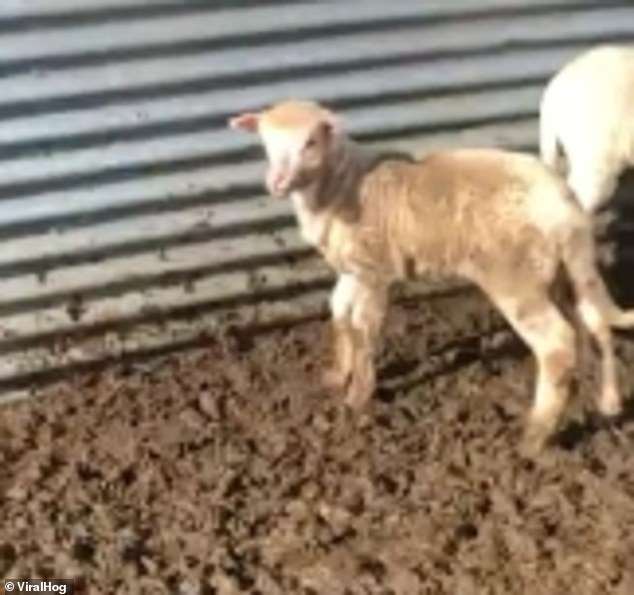 The creature releases a shrill and high-pitched ‘baa’ – distinguishing itself from its flock.

In 2017, research conducted by University College Dublin found that the vibrating sounds used by sheep are an effective way to carry acoustic signals of the animals identity to the listener.

During their study, scientists asked a group of human volunteers to listen to synthetic calls to see if they could detect subtle differences.

They found the vibrato used by animals such as sheep helped listeners detect patterns.

Speaking to The Land, research fellow and study author Benjamin Charlton said at the time:  ‘Our results suggest that vibrato-like pitch modulation has evolved because it improves the perception of formants, key acoustic components of animal calls that encode important information about the caller’s size and identity.’