Liz Truss has hailed the ‘public warmth’ for King Charles after the ‘huge outpouring of love’ for the Queen.

The PM backed the new monarch as he begins the daunting task of following his late mother’s record 70-year reign.

Ms Truss insisted the King had the support of the British people, who had made their affection for the Royal Family clear over the past fortnight.

The comments came as the premier headed for New York to attend the UN general assembly, just hours after delivering a reading at the Queen’s funeral.

She told journalists travelling with her: ‘It has been a momentous period and a period of great grief and sadness in the United Kingdom and I think you have seen a huge outpouring of love and affection for her late majesty as well as a huge amount of warmth towards King Charles III. 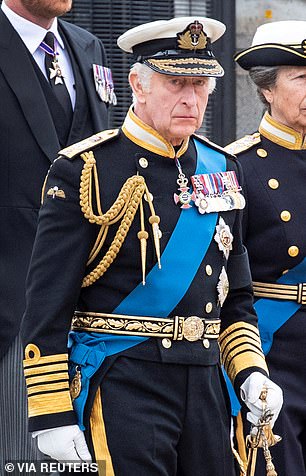 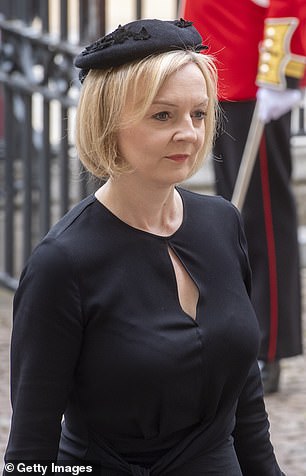 ‘And I’ve been travelling around the country – Edinburgh, Belfast and Cardiff – and the streets have been lined.

‘Today at the funeral we saw such huge public support and I have also seen that from world leaders who have come to London in unprecedented numbers.’

The Queen died barely 48 hours after overseeing the transfer of power from Boris Johnson to Ms Truss at Balmoral this month.

Her sudden death effectively put the new PM’s premiership on hold, and thrust her into the spotlight at a time of national grief.

But the the PM shrugged off the impact of the national mourning period on her own plans for government.

And she paid tribute to the civil service for the years of meticulous preparations that went into planning the state funeral.

She added: ‘From my own point of view, I am hugely honoured to have been invited to form a government by Her Majesty the Queen in one of her last acts.

‘Since then, I have had two audiences with His Majesty and what I have seen is a huge outpouring of public warmth and support for him and for the whole royal family.’ 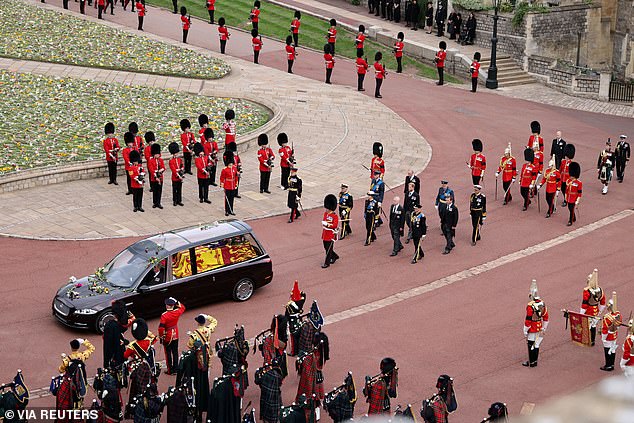