CHEEKY neighbours have slammed the “cowardly” person who told a mum not to walk around naked in an anonymous note – joking she should do it more often.

Alexandria Taylor, 26, was "livid" to find the written message wrapped in plastic and pinned to her windscreen. 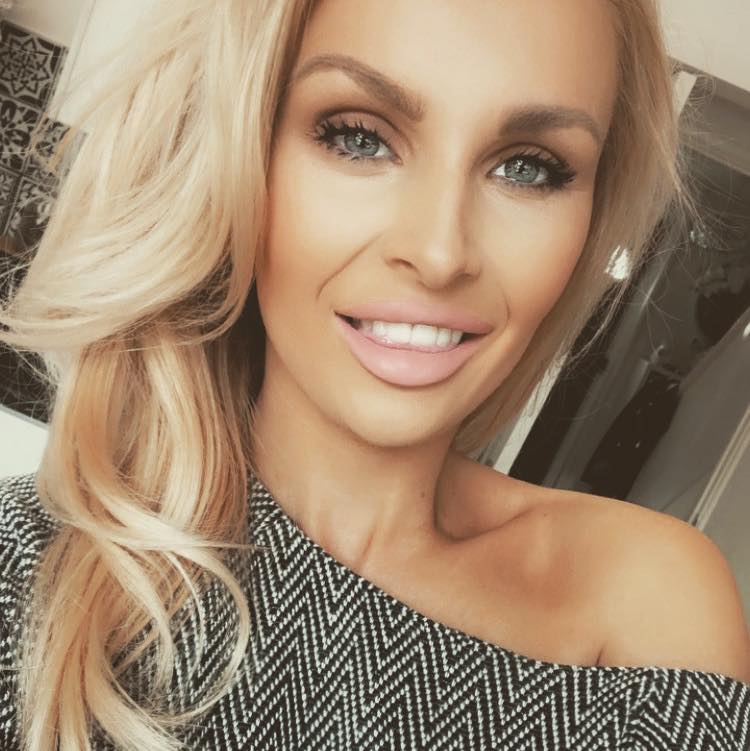 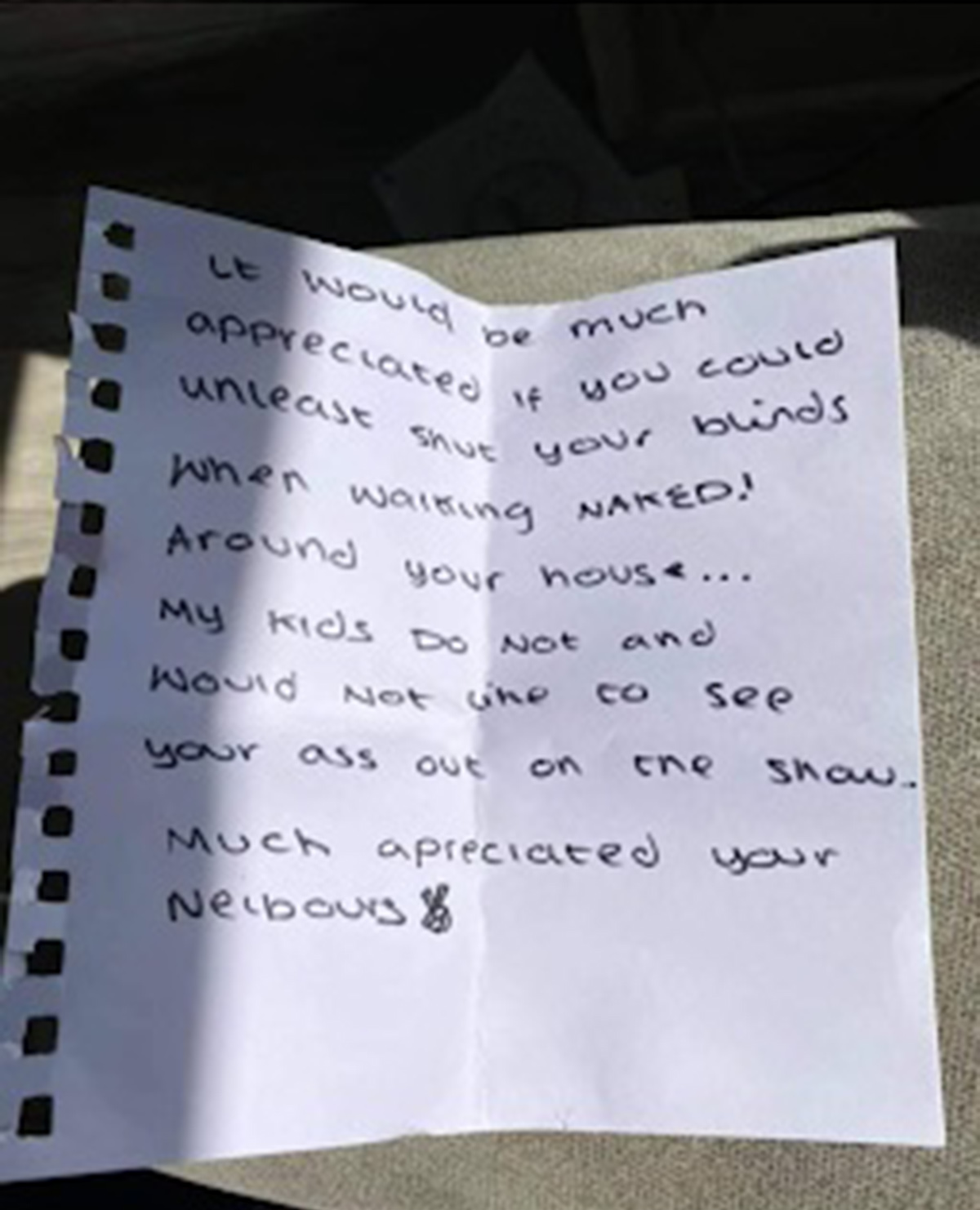 The angry note read: "It would be much appreciated if you could at least shut your blinds when walking NAKED around your house.

"My kids do not and would like your a*** out on show. Much appreciated, your neighbours."

But other neighbours were shocked to discover that the mum-of-two had received the bizarre message, and said that they felt sorry for her.

One local from Chelmsford, Essex, told The Sun: “I’ve never seen her parading around in her undies so I was surprised when I saw what the note said.

“People keep themselves to themselves along this road, but you’d know if she was doing it as it’s a big front window.

“People have gone a bit loopy with lockdowns so maybe it’s someone with too much time on their hands?” 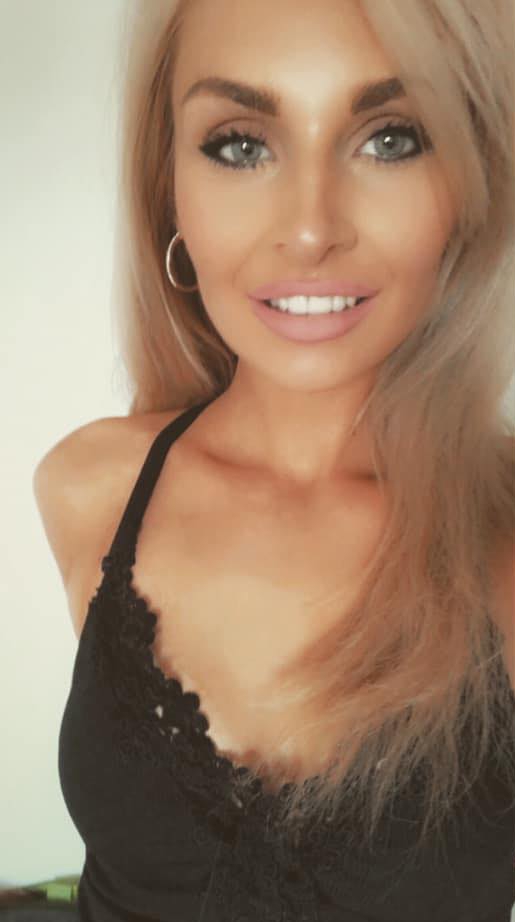 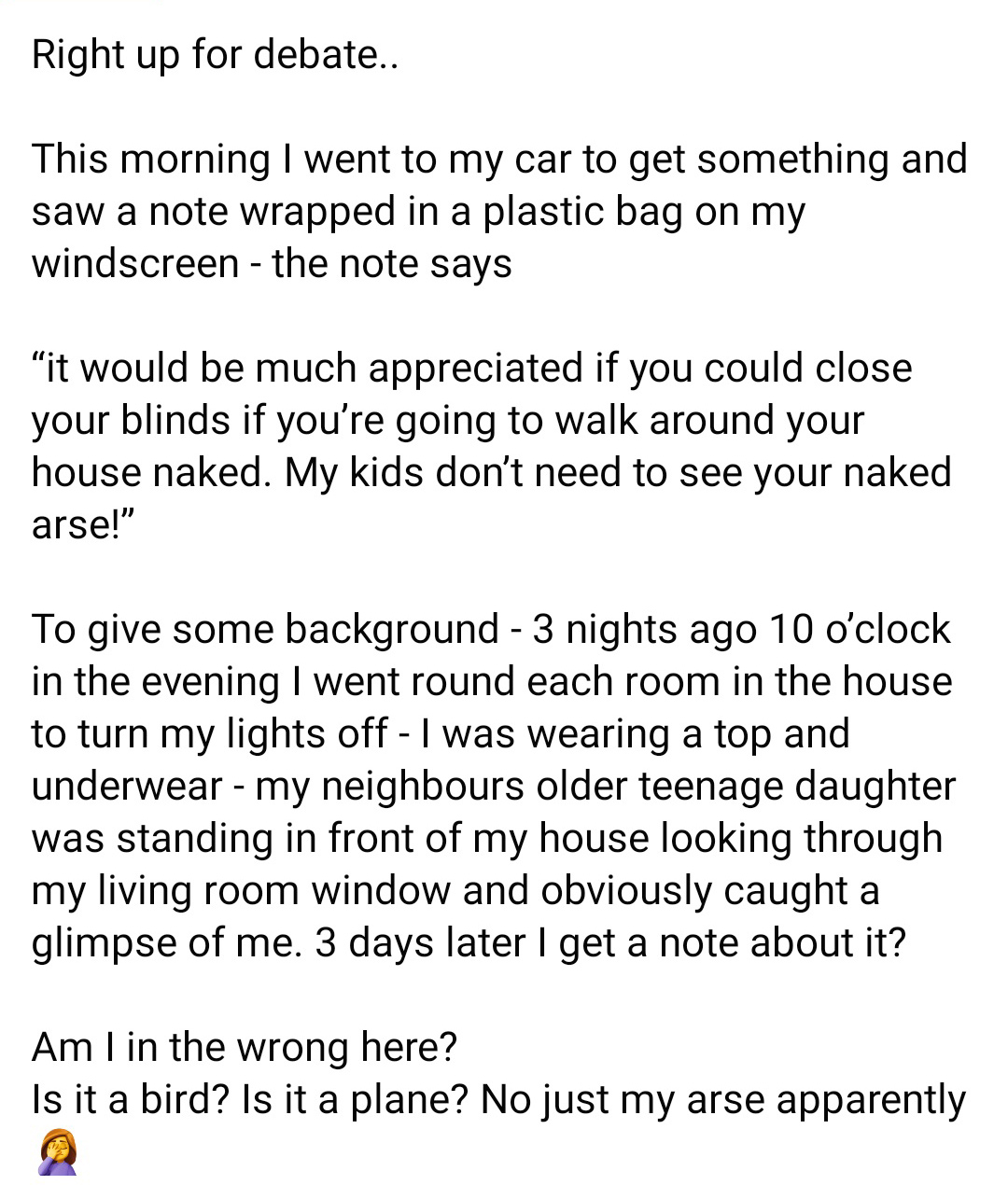 Another neighbour said: “It’s so funny. Who hasn’t walked around in their undies at home? If you can’t do that in your own house, then where can you do it?

“I felt sorry for the lady as it’s a bit cowardly to write an anonymous note.

"Life is too short – knock on the door if it’s really upset you that much.”

One wag who lives on the same street added: “I’ve not seen her at the window but having seen the pictures of the lady I’m going to be keeping my eyes peeled.

“She’s easy on the eye, that’s for sure. It made me chuckle -I might leave a note asking her to do it more often.”

SHE'S EASY ON THE EYE

However one agreed with the author of the note, adding: “Shut the curtains or put your clothes on.

“Parading around in your smalls is asking for trouble! It sounds a bit prim but youngsters shouldn’t be seeing people starkers, in their own home or not.”

Alexandria has slammed the note, claiming that someone must be peering into her living room as she was in her nightwear, turning the lights off ready for bed.

Speaking about the incident previously Alexandria said: "At first I was absolutely livid.

"I knew exactly who it was from and they had previously asked me to move my car which was parked in the street.

"But I've always kept myself to myself and tried not to cause any tensions with neighbours.

"I thought nothing of it, they were giggling and I just brushed it off!

"Then however, many days later from that night they put the note on my windscreen on my car.

"I thought it might have been a note to warn me of something as my car had previously been targeted for a theft but nope – just a note regarding my ar**!"