The Health and Safety Executive (HSE) ‘advised’ councillors that railings needed to be installed along the sea wall at Custom House Quay in Weymouth, Dorset, from next week amid concerns about people falling into the water and being injured.

The permanent 820ft barrier, will be a mix of metal railings and chains, will stretch from Weymouth’s Town Bridge towards the harbour entrance, an area hugely popular with visitors and tourists.

However the move has since come under fire and been met with calls for the decision to be reversed, with some arguing the railings will ‘change the wider aesthetics’ of the area. 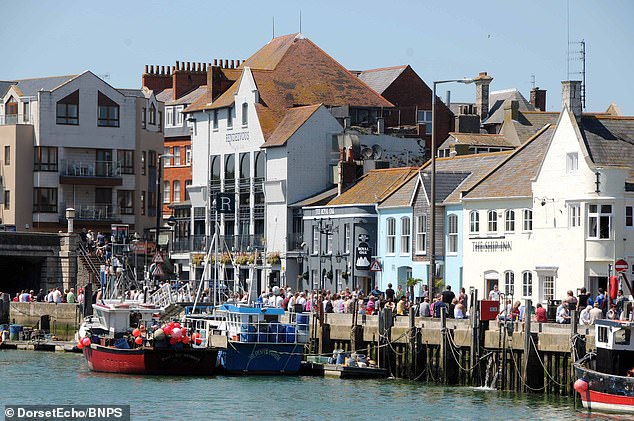 Locals have slammed the decision to install safety barriers along the sea wall at Custom House Qua in Weymouth, Dorset. Pictured: Weymouth Harbour 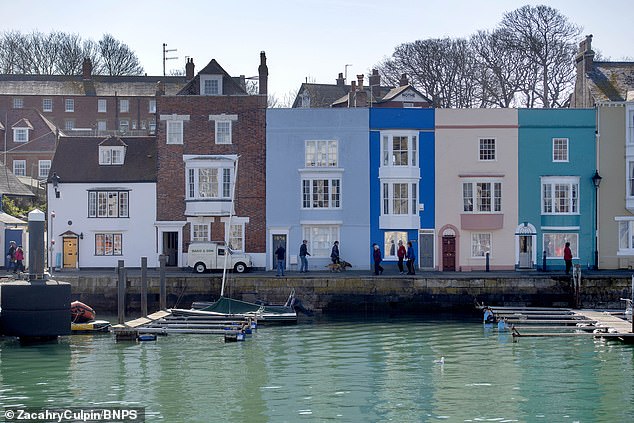 The Health and Safety Executive (HSE) ‘advised’ councillors in Weymouth, Dorset, that railings needed to be installed amid concerns about people falling into the water 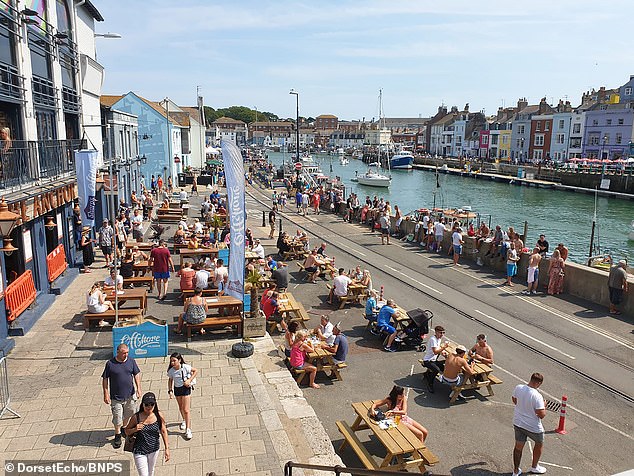 The barrier will be installed in the same part of the harbour from where ‘Little Ships’ set off for the Dunkirk evacuation of 1940 and where soldiers embarked on landing craft for D-Day in 1944.

It will allow harbour users to access boats but will stop people from sitting on the low-level sea wall to eat fish and chips and ice creams or savour a pint of beer in the summer sun.

Families who dangle fishing lines over the wall to catch crabs will also be impacted by the new safety feature.

Following the decision, an online petition to stop the barrier being installed has been signed by more than 1,500 people.

The petition claims the barrier will ‘have a knock on effect on small business on the harbour side’ and accuses local council officials of failing to consult the public about the plan, which is part of a wider project to regenerate the quayside area.

Tash Luther, a local resident who launched the petition, said: ‘The council have not consulted the wider community about the aesthetic changes they are making to the harbour and using Health safety as a justification for the change.

‘However, the wall is already significantly higher at the Town Bridge end which poses the question – why it’s necessary at this section harbour wall? What H&S measures are not met here which are met for the rest of harbour?

‘Installing these railings will change the wider aesthetics of the harbour. It will prevent families/tourists and passerby’s sitting on the harbour wall to enjoy the beautiful harbour that Weymouth has to offer.

‘Which will have a knock on effect to small business on the harbour side. Railings will also encourage younger children to act in an irresponsible manner- climbing or sitting on them.’

Residents and tourists alike have posted messages in support of the petition. 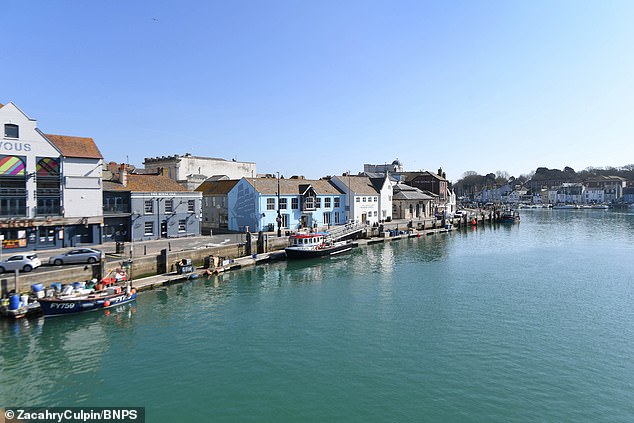 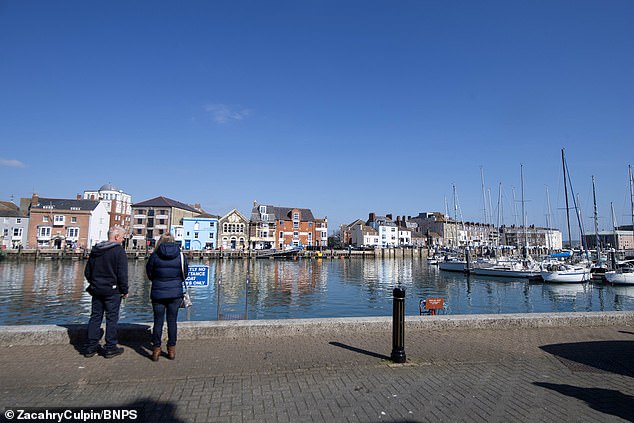 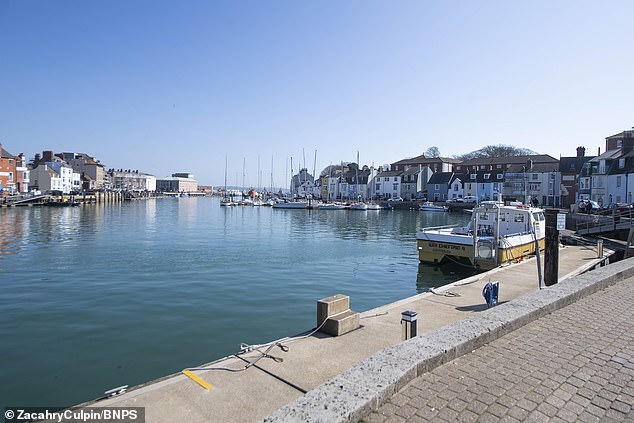 A petition to stop the barrier being installed next week has been signed by more than 1,300 people

Anthony Lawrence said: ‘So annoying for us holiday makers who want to sit on the harbour wall enjoying a drink from the pubs.

‘I can see why the council want to do it, for safety reasons. But I’ve had photos taken since I was little sitting on the wall with the bridge in the background. So sad I can’t sit on that wall, enjoy a pint and have a photo looking on the harbour.’

Michael McManus said: ‘Absolute joke. Nothing better than sitting on the wall with a bag of chips with the family. Just madness.’

Diana Warren said: ‘One of the greatest things about Weymouth is sitting on the harbour wall eating fish and chips. Railings will not stop people falling in, they will climb them and fall in.’

Last year a man died after falling off the harbour wall and landing onto a metal pontoon below.

Despite the efforts of the emergency services the man, who was pulled from the water unconscious, died at the scene.

Cllr Ray Bryan, portfolio holder for highways, travel and environment at Dorset Council, said: ‘We’ve been working closely with Weymouth Harbour Master on the installation of these safety railings. 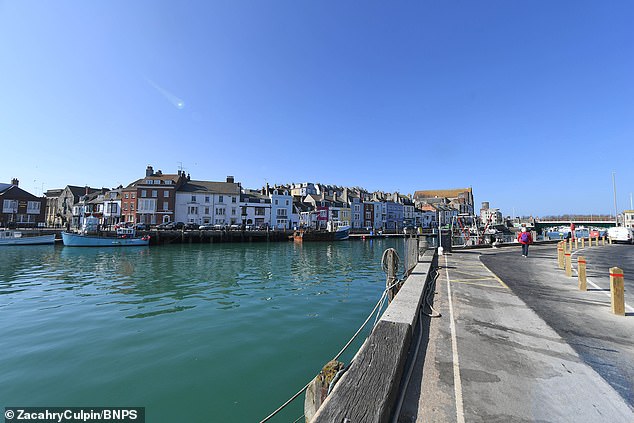 ‘With the ever-increasing attraction of the harbour area, we needed to address the risk of injury to people by falling into the deep harbour water, or on to one of the pontoons.’

A council spokesman added: ‘The option for railings along Custom House Quay did not form part of the recent harbourside survey as this is an independent piece of safety work.

‘Although the installation of railings has not been discussed with the wider public, discussions have taken place with various stakeholders within the Custom House Quay area.’