EXCLUSIVE: Lord Sugar’s daughter begins renovating £8.5m Essex mansion he gave to her to build a spa, yoga studio and DOG ROOM for the family pet

Lord Sugar’s daughter Louise has began renovating the £8.5million Essex mansion that her father gave to her which will feature a spa, yoga studio and even a dog room for the family pet.

The Apprentice star handed his Chigwell mansion to Louise last year to undertake a huge revamp of the 100-year-old family home.

Modernisation work has been approved and is underway at the home which has been in the Sugar family for more than 20 years.

Earlier this year, Louise had to scrap a scheme to demolish the house, which was built by the Savill Estate agent family in 1907, and rebuild an entirely new home.

According to Land Registry documents she took over ownership of the home for £8.5million in 2021 – without any mortgage.

Apprentice star Lord Sugar has given his Essex mansion to his daughter Louise (pictured together) for £8.5million. She has began renovating the home which will feature a yoga studio and a spa 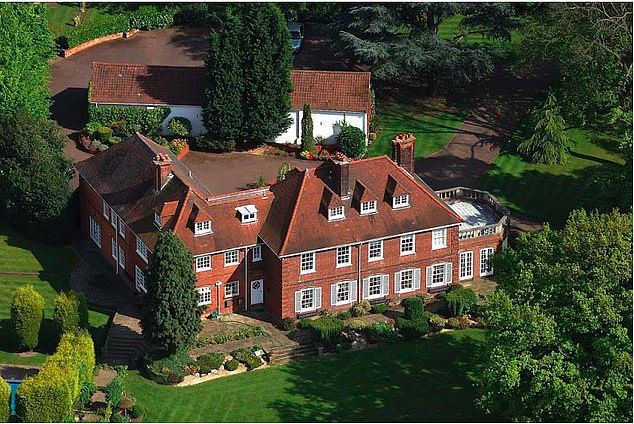 After the planning setback she revised her ambitious plans and was given the go-ahead in April this year to enlarge the house by adding a two-storey extension at the rear and a single storey extension down one side.

The new development will increase the size of the house by a third, documents published by Epping Forest District Council show.

Work is believed to be underway at the house and five-acre estate where builders’ signs are plastered across the entrance.

Proposals include totally revamping the layout of the whole house, bringing in changes that had been planned under the original ambition to build an entirely new house.

The ground floor has a vast kitchen/dining room with bay window over the gardens, a formal reception space, classing living room as well as a snug, study and cloakroom area.

But it also has a separate spa area, and even a dog room for the family pet.

On the first floor, changes include putting in a giant master bedroom complete with his and hers dressing rooms and even an en suite bathroom each. It will even have its own lounge and TV, according to the drawings submitted. 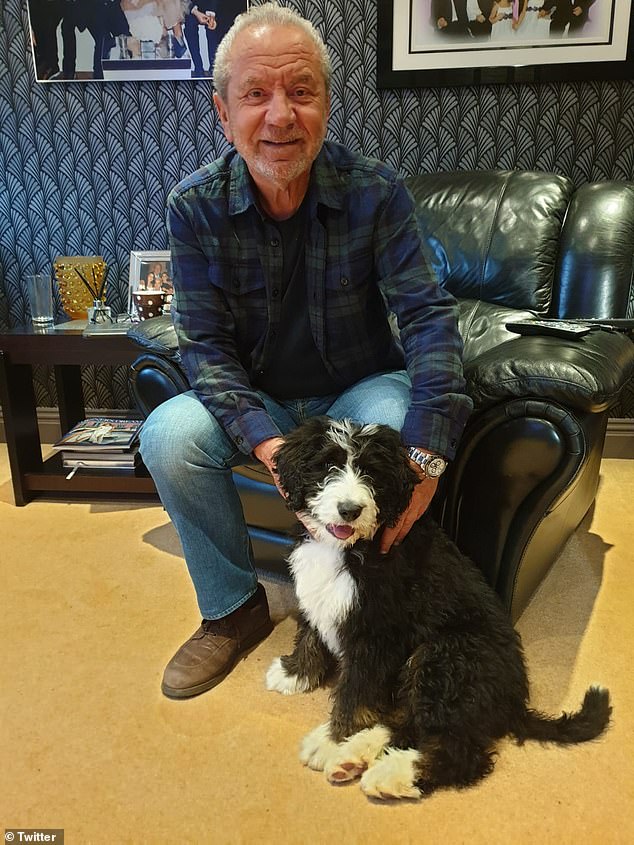 The plans, which can be seen on Epping Forest District Council’s documents, show a room dedicated to the family dog. Initial plans that were rejected by the council last year also featured a dog room for Lord Sugar’s Bernedoodle dog called Winston (pictured) 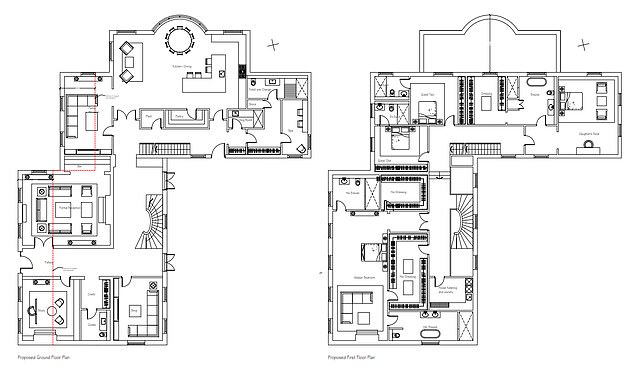 Louise’s plans to revamp the home will see the mansion increase in size by a third. Pictured: Proposed plans on ground floor (left) and first floor (right). The ground floor even has a spa area 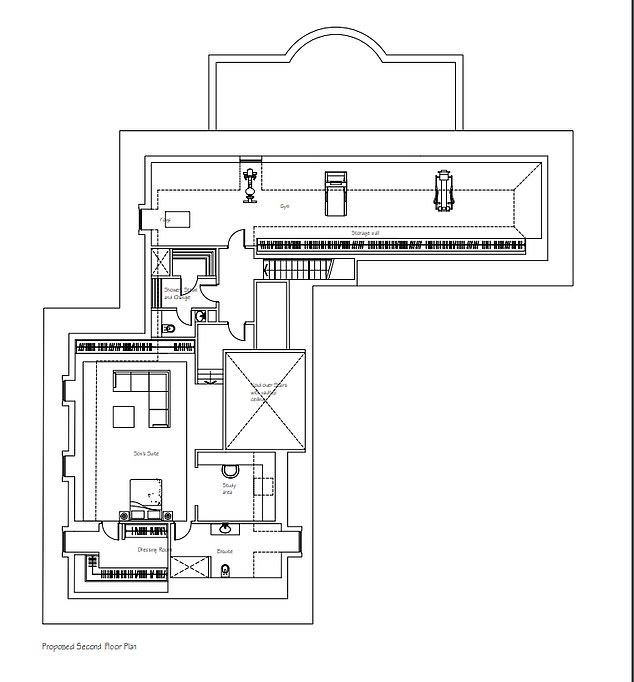 On the second floor (pictured) there is space allocated for ‘sons Suite’ which includes a dressing room, ensuite, L-shaped sofa and a personal study

There is another spacious three-roomed area named ‘daughter’s suite’ on the first floor, which includes a dressing room, ensuite bathroom and extensive L shaped bedroom with room for arm chairs and a coffee table.

Completing the first floor are two guest rooms each with their own shower rooms.

On the second floor there is space allocated for ‘sons Suite’ which includes a dressing room, ensuite, L-shaped sofa and a personal study. Completing the floor is a gym complete with running, cycling and rowing machines as well as a yoga studio, steam room and shower. 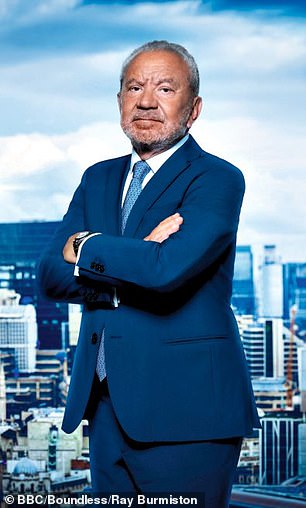 Last year the Sugar family faced disappointment when plans to knock down the home and build a replacement were thrown out by councillors. Pictured: Lord Sugar

The plans were submitted using only the name of Sugar and say the applicant is the legal owner of the property.

When the plans were put in earlier this year, Louise, 46, who is a director of all of her father’s key businesses, was the legal owner.

Last year the Sugar family faced disappointment when ambitious plans to knock down the historic home and build a replacement were thrown out by councillors.

The authority said the design for a new home was too big and would breach green belt development rules.

An architect’s drawings showed that the new house would have boasted an entertainment hall, a TV room, and spacious dining room as well as a room dedicated to Lord Sugar’s Bernedoodle dog called Winston, a cross between a poodle and a Bernese Mountain Dog.

Following his death, it was left to his daughter Elizabeth who married Thomas William Bramston of Skeens Hall Essex.

The property then passed to his son, Thomas Harvey Bramston, until 1981 when it passed to Alfred Savill.

His son Lawrence Savill, a chartered surveyor and one of the founders of the estate agents Savills, then demolished the manor and replaced it with the house which still stands today.

As well as the spacious house, the grounds feature an outdoor swimming pool and a walled garden.