A lorry driver who was three times over the drink drive limit on London’s North Circular has been banned from driving for 26 months.

Officers found the driver with cans of lager on his dashboard after spotting him driving carelessly in North London last night.

He was taken into custody on suspicion of drink driving and appeared in court this morning. 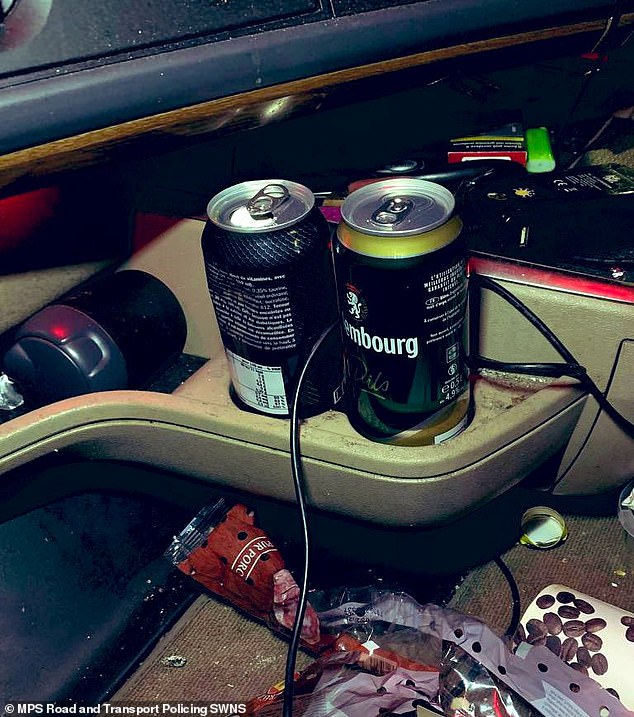 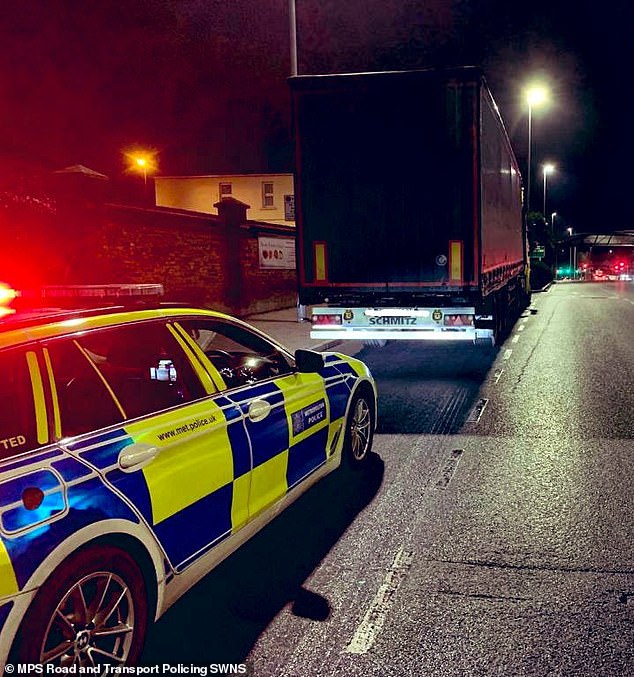 Police pulled over the lorry in Haringey on Sunday evening after it was spotted driving ‘carelessly’. The driver was taken into custody, where a breath check revealed he was three times over the drink-drive limit

The driver, who has not yet been named, pleaded guilty and was handed a 26-month driving ban, along with a suspended sentence.

He was also fined.

The MPS also used the hashtag #VisionZeroLDN, which is part of the Mayor’s Transport Strategy that sets out the goal that by 2041, all deaths and serious injuries will be eliminated from London’s transport network.

Mayor Sadiq Khan has said: ‘It is neither inevitable nor acceptable that anyone should be killed or seriously injured when travelling in London.

‘When we leave our homes each day, we should feel safe and confident about the journey ahead.’ 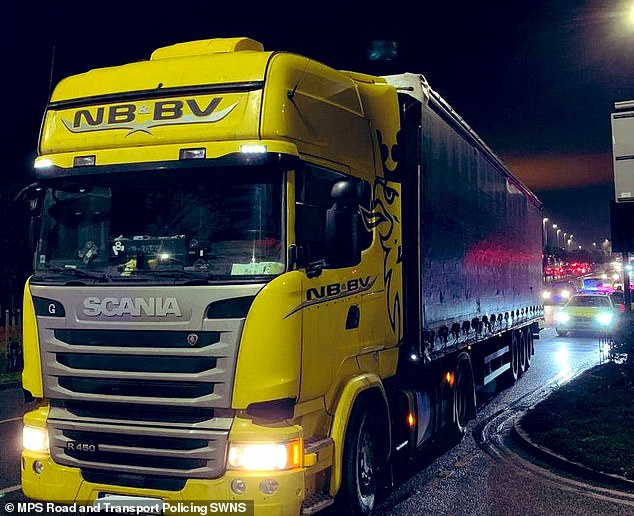 The driver appeared in court today and was handed a 26-month driving ban, along with a suspended prison term and a fine

Members of the public thanked officers for taking the dangerous driver off the streets.

One described the lorry driver as like ‘driving a ticking bomb around’.

Another said: ‘My gosh lucky you took him off the road with that vehicle god knows what the end result would have been. Thank you.