Male infertility is a factor in one in three IVF cycles, yet too many Australian men don’t realise how crucial it is to protect their own fertility until it’s too late.

In a world first, a major report capturing every IVF cycle in Australia and New Zealand – from ovulation through to live births – has investigated the impact and scale of male infertility for couples trying to have a baby using assisted reproductive technology. 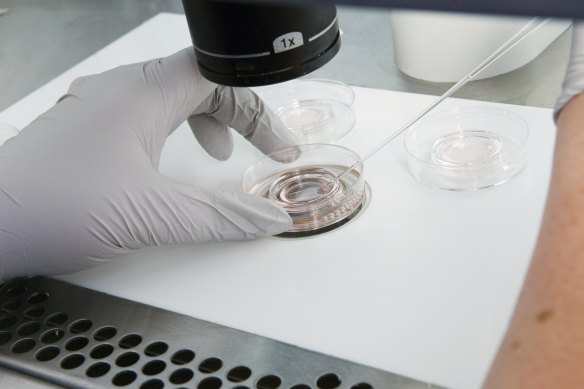 A new study has revealed how many cases of infertility are as a result of men.Credit:Getty

Male infertility was the reason for 20 per cent of IVF cycles by couples in 2020 (16,028 cycles) and 11.2 per cent was due to a combination of male and female infertility (9010 cycles), the analysis of the Australian and New Zealand Assisted Reproductive Database revealed.

A record 18,463 IVF babies were born in 2020, and the researchers at UNSW’s National Perinatal Epidemiology and Statistics Unit who compiled the report found that, overall, IVF patients across Australia and New Zealand underwent 95,699 assisted reproductive technology treatment cycles in that year (87,206 and 8493 respectively).

“It takes an egg and a sperm to create a baby,” said the report’s lead author, Professor Georgina Chambers, “but for generations, infertility has been thought of as a female problem. We have always very much focused on the female patient.”

“By reporting on the other 50 per cent of people involved in IVF – the male – we can investigate whether different types of male infertility result in different success rates, and helps to drive research in understanding what is causing male infertility,” Chambers said.

“For generations, infertility has been thought of as a female problem. We have always very much focused on the female patient.”

The cause of male infertility was “unexplained” in more than three-quarters of cases (77.4 per cent).

Vasectomy was the reason for IVF in seven per cent of cycles and 2.4 per cent involved men who had undergone cancer treatment. Other causes of male infertility were erectile dysfunction, ejaculation disorders, hormone deficiency, testicular damage from cancer infection, injuries, and genetic conditions such as Klinefelter Syndrome, which affects testicular growth.

The report found men with unexplained infertility had similar, if not slightly higher, rates than the overall IVF success rate.

Professor Luk Rombauts, president of the Fertility Society of Australia, which funded the report, said the fact that more than 75 per cent of male infertility was unexplained reflected how little is known about the reasons for poor semen quality. He said the matter warranted further research, and genetic studies could reveal new risk factors that could lead to male infertility.

Dr Karin Hammarberg, a fertility expert at Monash University and Your Fertility (an online educational resource) said the data should prompt a national conversation about what Australian men could do to protect themselves from infertility.

“When it comes to making a baby, the health of a man’s sperm is very important. It plays a big role in determining the chance of a pregnancy, the chance of miscarriage and the health of a baby before and after birth,” Hammarberg said. “However, a lot of Australian men may not be aware of these things until it’s too late,” she said. 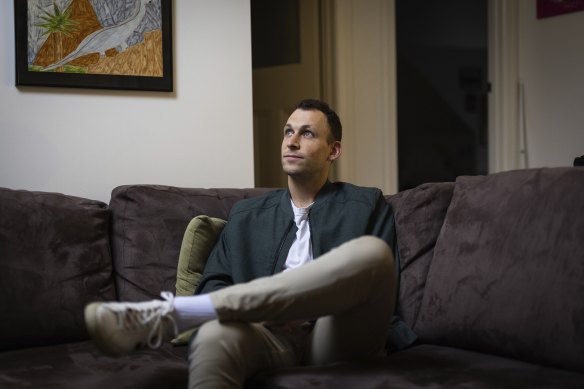 Michael Chafar froze his sperm at 26 after getting testicular cancer.Credit:Paul Jeffers

“It takes three months to make new sperm, so if you want to have a family, it’s worth making changes at least three months before you start trying,” McLachlan said.

Michael Chafar was diagnosed with testicular cancer in 2017. Days after his diagnosis, he underwent surgery to remove his right testicle, but the cancer had spread.

“My oncologist asked me if I wanted to freeze my sperm before starting chemo,” Shafar said. “I was 26 and certainly wasn’t in the mindset of having children – I’m still not at 31, but it was something I had to think about all of a sudden.

“It was a very bizarre few days, but it has given me peace of mind,” he said. “I am very career focused and fortunately, my fiance is the same. But it’s really helpful to know that we have the option if I do decide to become a father one day,” he said.