A MAN has died after a family of paddleboarders had to be rescued from the sea.

Lifeboats were scrambled after two teens and their parents got into difficulty half-a-mile from the shore yesterday afternoon. 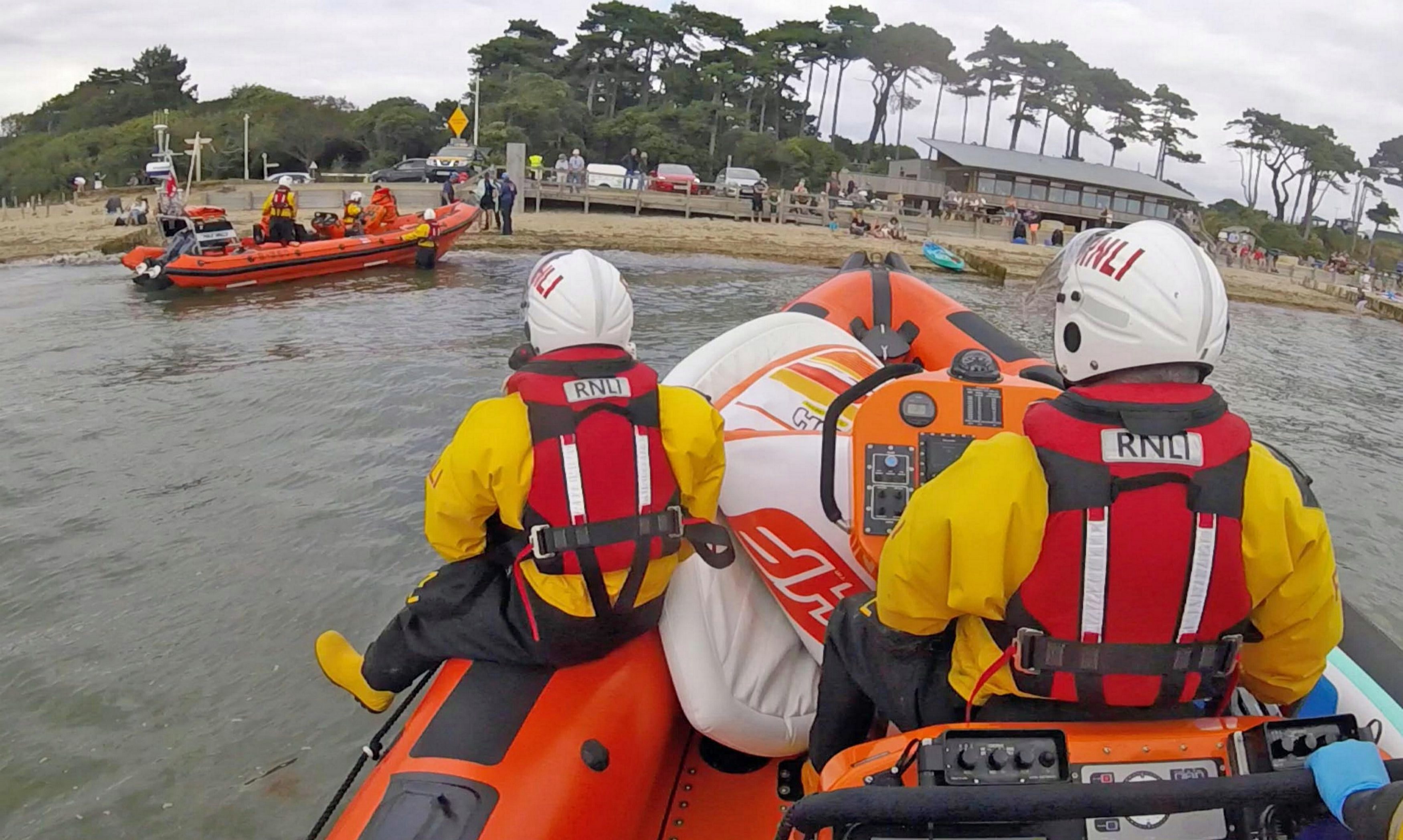 The family had been paddle boarding off Lepe Beach near Exbury, Hants, when the horror unfolded.

A 51-year-old man pulled from the sea was airlifted to hospital but tragically couldn't be saved.

His three relatives were treated at the scene by paramedics but there is no update on their condition.

A spokesperson for Hampshire Constabulary said: "We were called at 3.54pm on Saturday 28 August to a report that a man was unconscious in the sea at Lepe Beach, Exbury.

"The 51-year-old man was transported to Southampton General Hospital but despite the best efforts of emergency services was pronounced dead.

"Enquiries are ongoing to determine the circumstances surrounding the man’s death."

The group were understood to have been using inflatable paddleboards launched from their motor cruiser.

They have since been collected by the RNLI.

A spokesperson for Cowes Lifeboat said: "Although Calshot lifeboat managed to rescue everyone, the father’s condition gave the crew particular cause for concern.

"After the lifeboat arrived on the shore he was transferred to a coastguard helicopter to be flown to a Southampton hospital.

"Meanwhile the mother and two youngsters were treated for cold."