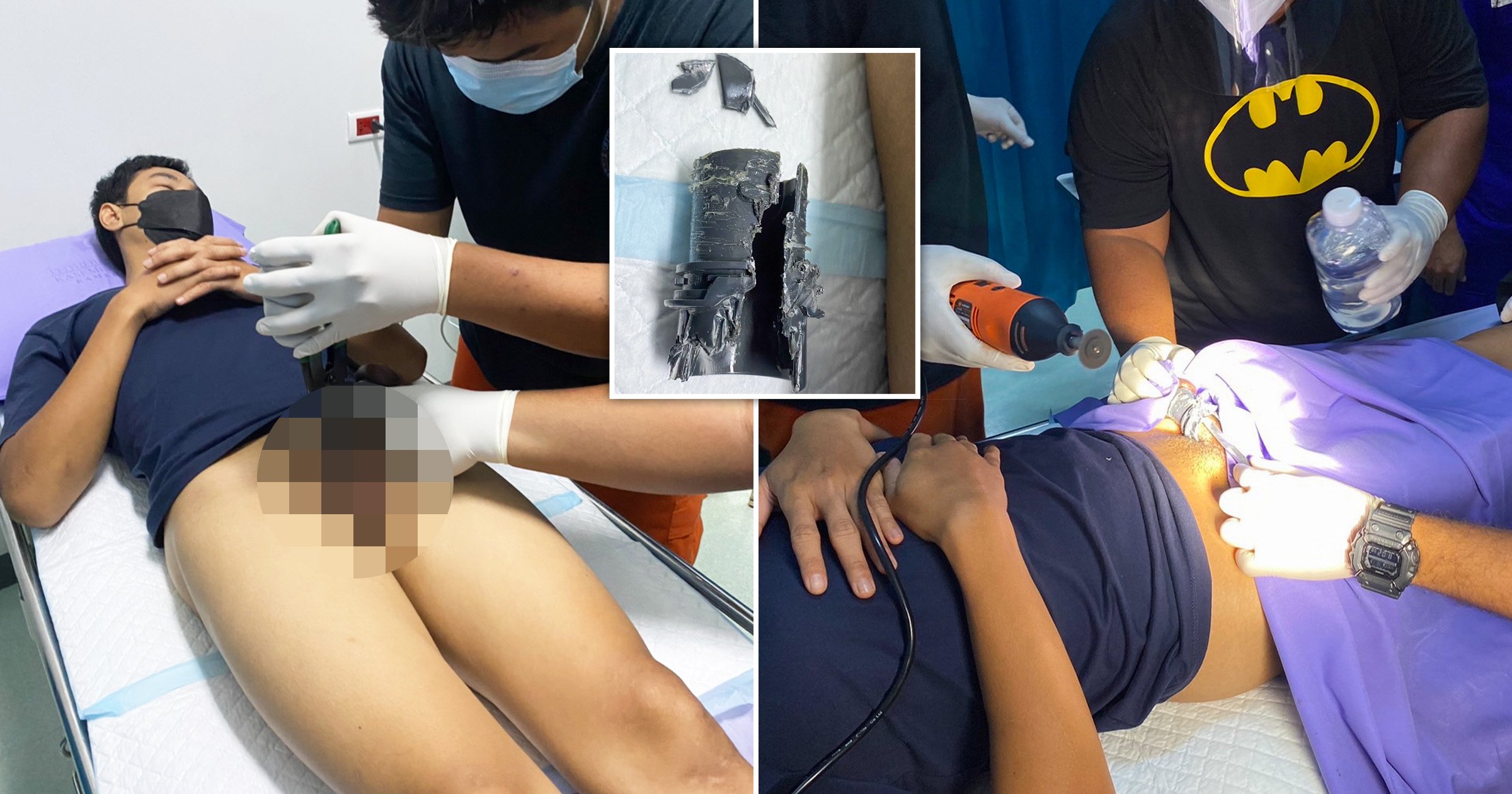 They say be careful what you wish for, and one man in Thailand knows this all too well after getting his penis trapped in a tube following an enlargement procedure.

The man in his 20s rammed his manhood into a one-inch wide grey PVC used in kitchen sinks while pleasuring himself at home in Bangkok.

He had recently paid for penis enlargement injections and wanted to test if they had worked.

Indeed they had – so much so that the man’s penis got stuck and began to rapidly swell.

The man was forced to call medics to help him out of the sticky situation.

But when they arrived at his apartment on October 13 they said they could not cut away the pipe.

Volunteer firemen used pliers, a circular cutter and a tube of lubricating gel to begin freeing the man’s shaft.

It took more than 20 minutes as the penis was so tightly stuck inside the narrow tube.

The rescuers had to insert a protective sheet in between the pipe and the penis to keep the pliers from cutting into the man’s flesh.

He told medics that before the bizarre sex act he had recently undergone a controversial penis enlargement procedure with filler injected into his glands.

The man, who has not been named, is said to have told them he ‘wouldn’t have had this problem’ if he hadn’t had the enlargement injections.

‘I’m annoyed because I spent a lot of money on that, and now I’ll have to pay for the medical bills as well,’ he said.

A rescue team member said that apart from its size, the man’s penis swelled every time it was touched, which made the pipe removal more difficult.

After the gruelling ordeal, the team finally managed to break the plastic object.

The young man was left at the hospital for further medical treatment.

It is unclear whether his penis would still function as normal after the procedure.