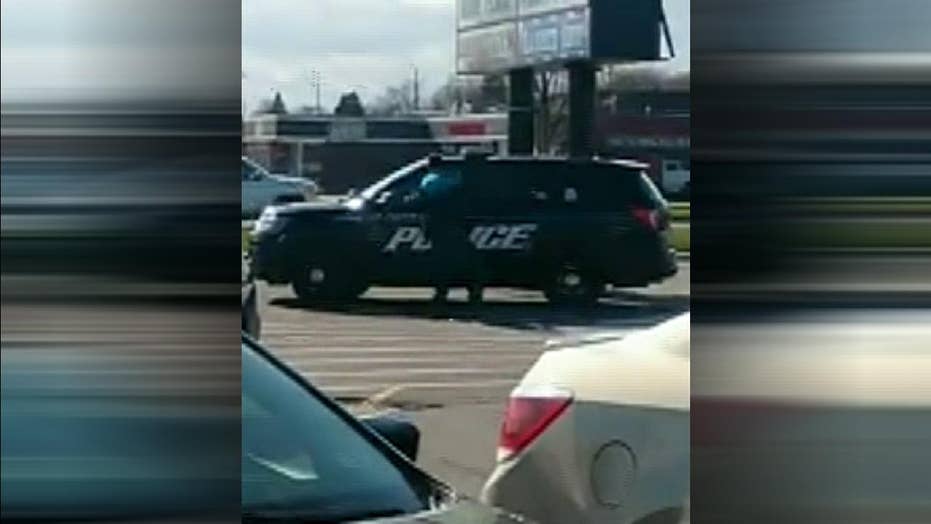 A man in North Dakota died after stealing a police squad car in order to flee an arrest and then crashing the vehicle head-on into a semitrailer on Interstate 29 on Monday.

Grand Forks police said officers were making a welfare check at a local business Monday afternoon when they learned the man had an outstanding warrant. When officers tried to arrest the man, he fought back and tried to disarm one of them, breaking the officer’s gun holster.

The unidentified man then jumped into the police squad car and fled onto Interstate 29 heading north, police said.

At some point, the man crossed the median and drove into the path of a southbound tractor-trailer.

The collision left the semi-truck disabled and partially off the roadway and the patrol vehicle totaled. The suspect died, police said.

Isaac Dahl, who witnessed the fatal crash, told the Grand Forks Herald that he was driving home from work around 5 p.m. when he saw a police car sitting in the ditch, facing west.

“Then he tore out of the ditch like a bat out of hell,” he said. “He just floored it. There was rocks and grass and debris all over the place.”

Dahl said he then spotted the patrol vehicle driving northbound at an extremely high rate of speed before watching the vehicle head straight for the semi-truck.

“He made a bee-line straight toward it,” he added. “He just shot…straight at it and hit it.”

Police told the Herald that the truck driver was “shaken up” and uninjured.

The name of the man who died wasn’t immediately released.