A MANCHESTER burger bar has weighed in on the lockdown wars and created a 2-tiered Andy Burnham burger after the Mayor's "battle of the Tiers".

Ex-Coronation Street actor and I'm a Celebrity contestant Adam Thomas and owner of The Spinn burger bar has decided to poke fun at the clash over lockdown restrictions in the North in a mouth-watering way. 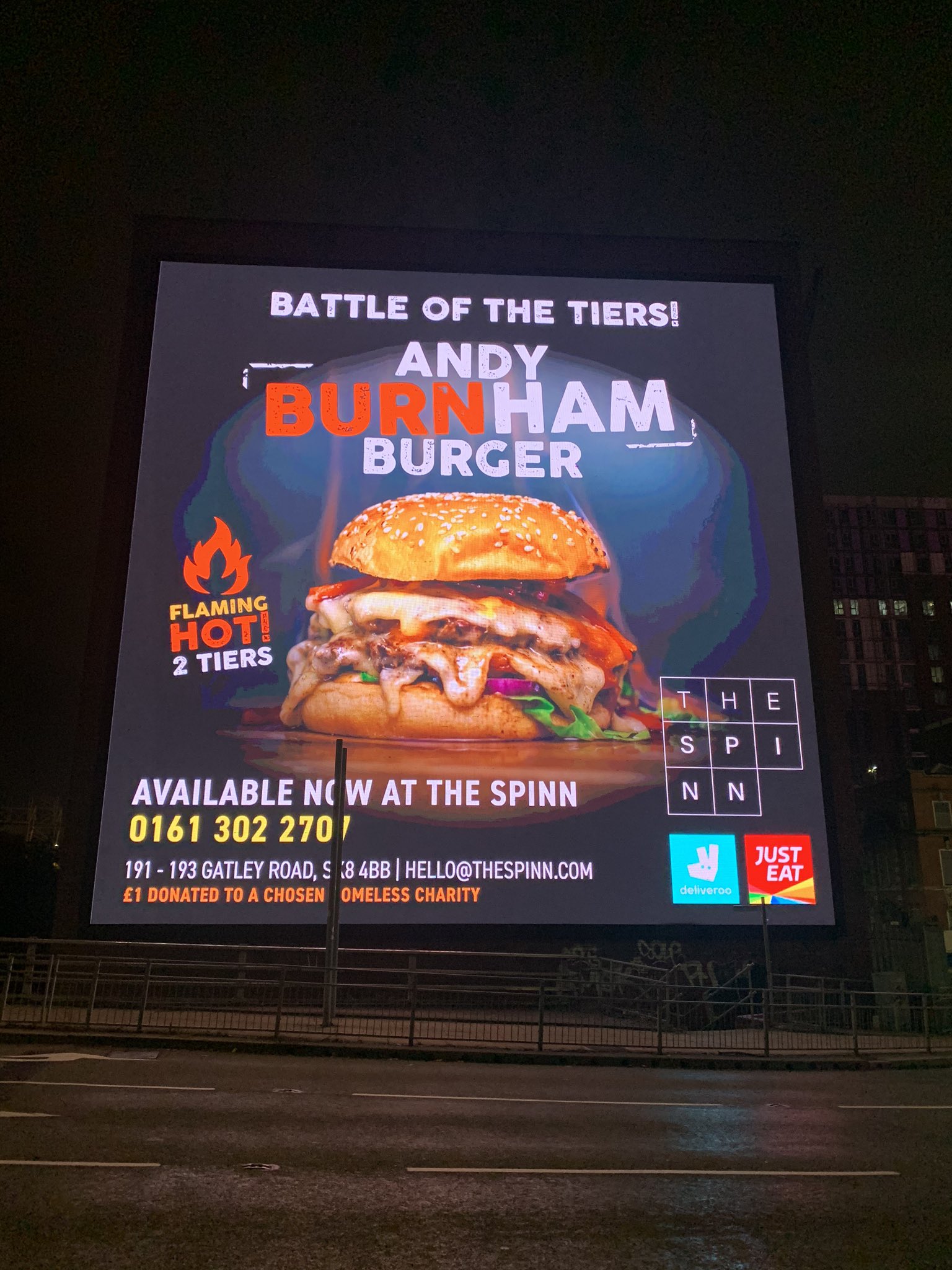 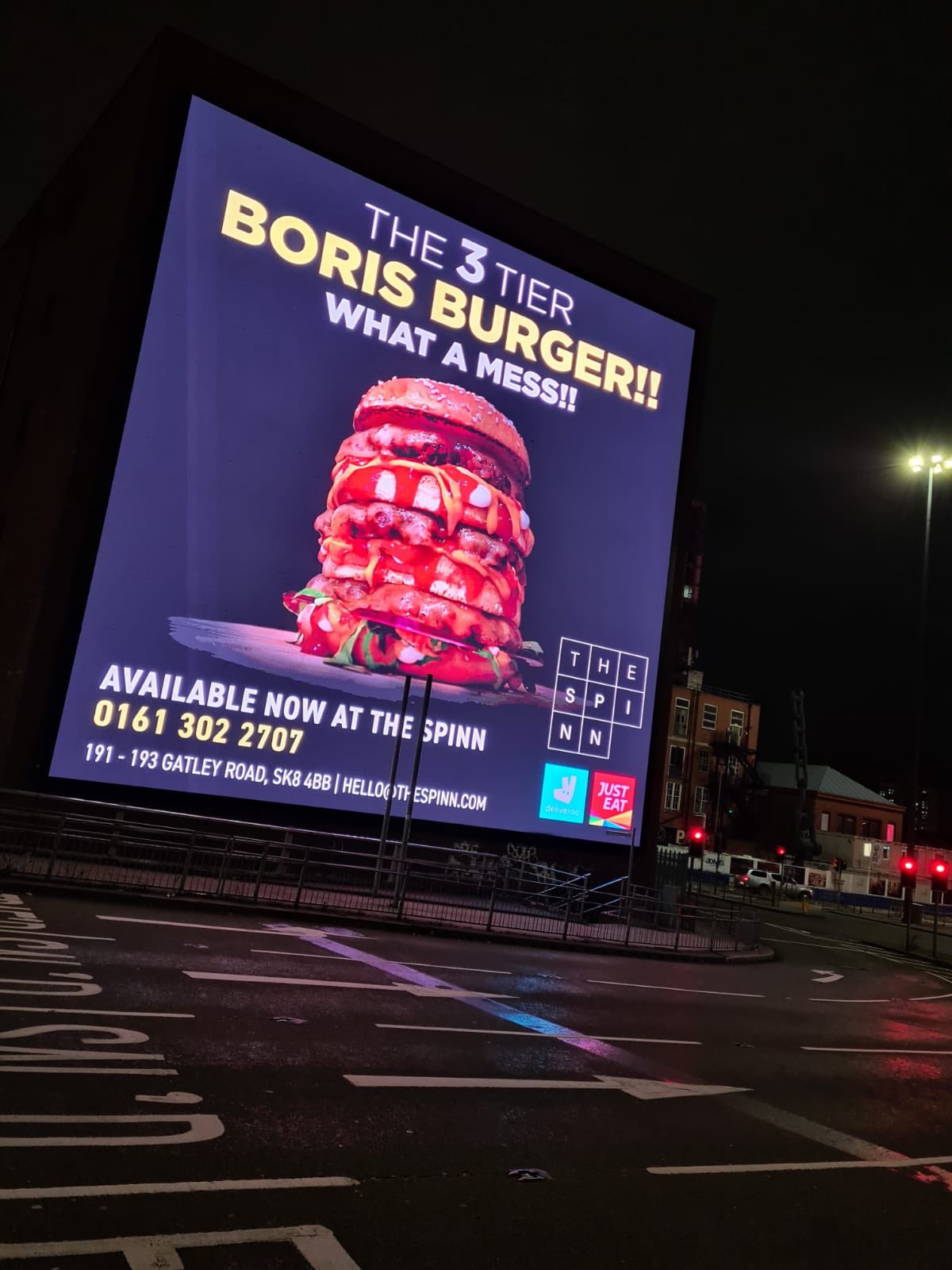 The new burger has a double patty as Mr Burnham tries to fend off Mr Johnson's demands to put Manchester into Tier 3 restrictions.

They pronounced the burger as part of the "battle of the Tiers" as the war between Downing Street and Northern leaders rages on.

The same restaurant launched a billboard last week with the "3 Tier Boris Burger".

The ad, which shows a burger dripping with sauce and cheese, declared "what a mess!!" to make fun of the PM's "three tiered" system of regional lockdowns.

Adam said in a video posted to his Instagram: "Look I know everyone's having a tough time right now, especially small businesses, the restaurant industry all over Liverpool Manchester, all over the UK.

"But you know what, I try and see the funny side in every situation.

"If you haven't already guys, get down to The Spinn at Gately village for the 3 Tier Boris Burger.

"Come on Manchester, you can't Tier us down, let's go!"

Adam, who also starred on Emmerdale, can be heard cackling with laughter as he says the billboard cost him "an absolute fortune".

In a comment on a picture of the Boris burger, one person poked fun at the Government's Job Support Scheme – which means staff get up to two thirds of their wages.

"Can only afford two thirds," they wrote.

Another said: "Your marketing is genius. Will definitely be trying the Burnham burger".