A MASSIVE police manhunt was launched on Monday afternoon after a veteran police officer was shot fatally near a motel in north Houston, officials said.

Sgt Sean Rios, 47, staggered into the office of the small motel bleeding from multiple gunshot wounds before he collapsed and died t around 1.30pm, witnesses told police. 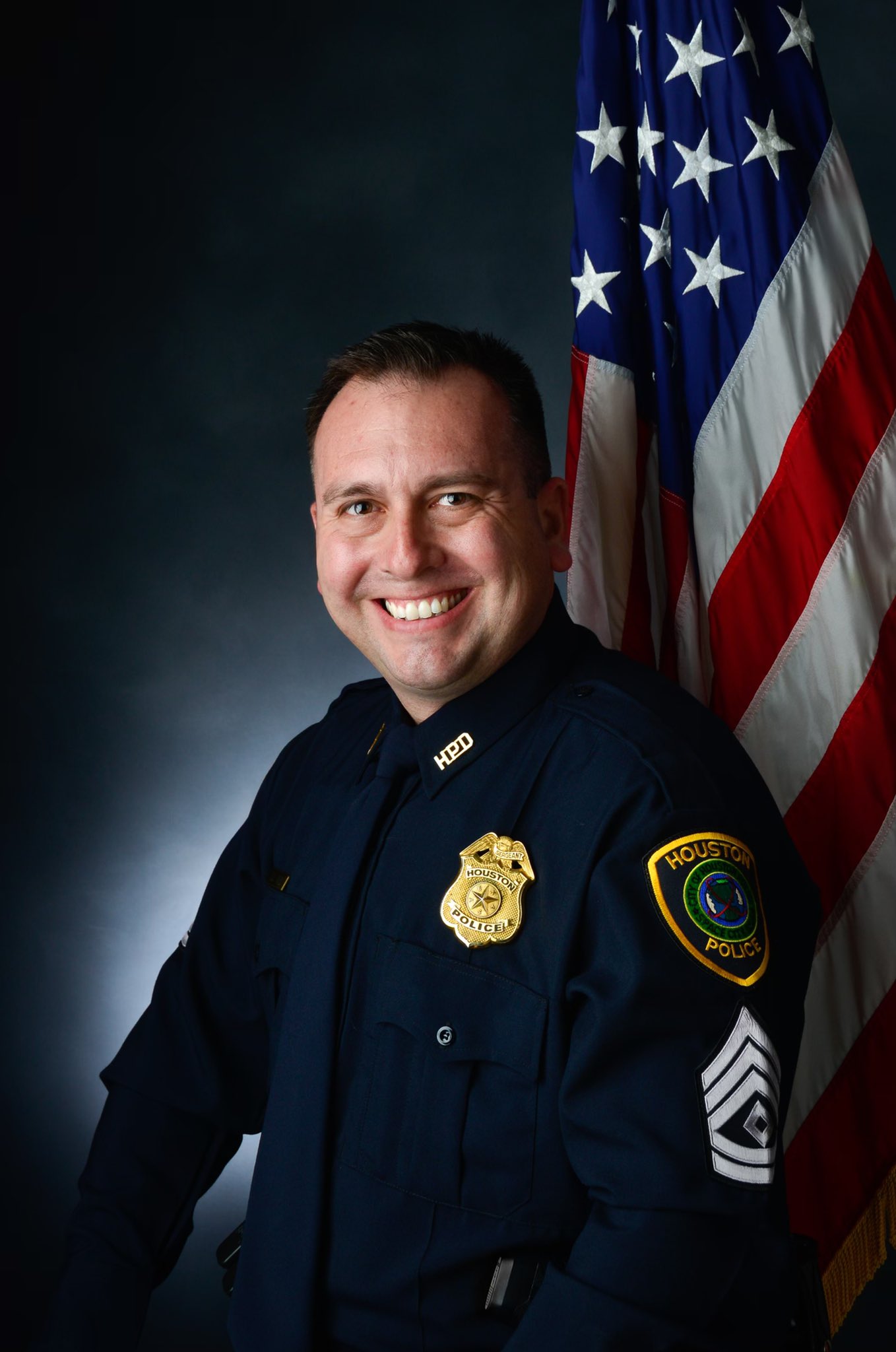 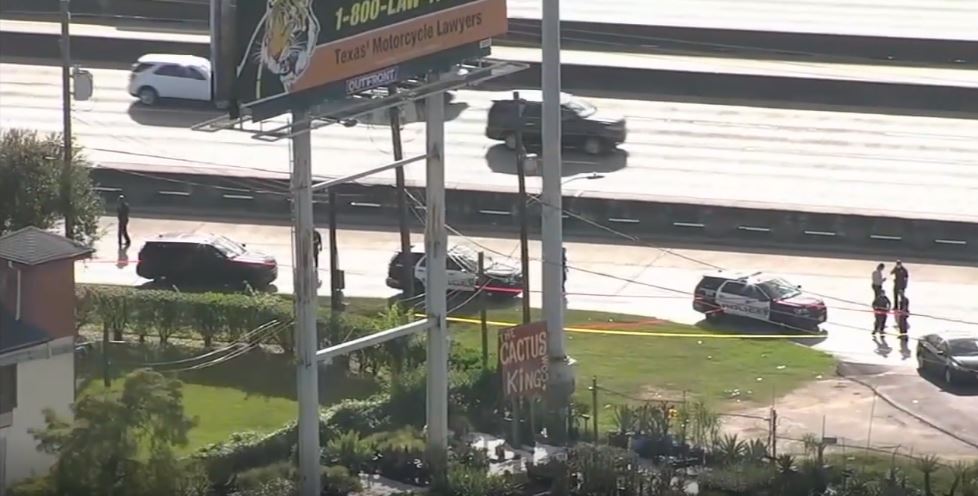 The 25-year veteran of the Houston force was driving on Interstate 45 toward work and was in street clothes when he traded gunfire with someone in a blue Mercedes, Police Chief Art Acevedo said.

Rios was able to return fire but it was unknown if anyone was hit.

Police later located what they believed to be the Mercedes, he said, and a black pickup truck that was believed to also be involved.

No arrests have been made, but Acevedo said they had suspect descriptions. Police are searching for a black pickup.

One of the suspects is described as a thin Hispanic man in his mid-to-late 30s, around 5 feet 10 inches to 6 feet 1 inch, with tattoos on both arms and wearing a white t-shirt and dark pants.

"We are going to catch you," Acevedo said. "Do yourself a favor and turn yourself in."

Rios, the married father of four children, is the second Houston police officer to be killed in the past three weeks and the fourth since December.

Police Sgt Harold Preston was shot and killed on Oct. 20 while responding to a domestic violence situation.

The 41-year veteran of the department was preparing to retire this year. Officer Courtney Wheeler was also shot but survived.

Houston Fire Department Arson Investigator Lemuel DJ Bruce also was shot and killed while investigating a string of arsons. The suspect in his killing then killed himself.