Margaret Hazelton has finely honed her skill of imparting life-changing pearls of wisdom to new mothers over almost 60 years as a nurse.

It’s estimated she has seen more than 80,000 babies during her 40 years working at Melton Council’s maternal and child health service. 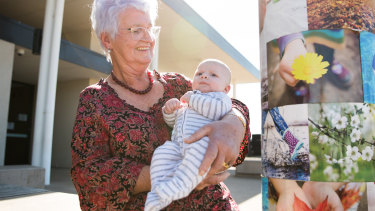 The 76-year-old, who had her final appointment on Wednesday with a mother and baby, said the words that had the greatest impact were often the most uncomplicated.

“Mothering is not easy. It’s tiring and sometimes can be quite worrying,” Mrs Hazelton said. 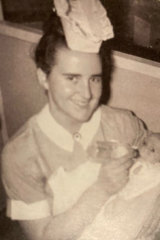 “A simple little confidence boost, saying ‘You’re doing a good job’ … [then] you see the change in the mothers, their confidence growing and their delight in looking after their children.”

Mrs Hazelton said she had never doubted pursuing a career working with mothers and their children since beginning her training as a midwife in 1962.

Since then, she’s worked at nine hospitals across three states, before starting as a maternal and child health nurse at the council, in Melbourne’s outer west, in the 1980s.

Mrs Hazelton said struggling mothers often only need a bit of encouragement. She recalled bumping into one mother who 20 years earlier had needed a little extra support to care for her baby.

“She said, ‘Margaret, you realise that child now is at university’,” Mrs Hazelton said.

“She was pleased that I had been around [back then]. When mothers are given the example of encouragement, they tend to … follow through with their own children.”

However, Mrs Hazelton said listening and observing for when extra care was required for either the mother or her baby was equally as important.

A few years ago, she saw a child who had put on a great amount of weight.

“As soon as I saw the baby, I knew something wasn’t right. I said, ‘You need to have your baby taken to a specialist’.”

She later found out the baby had a condition that was making them overeat, and was taken in for life-saving surgery.

Meredyth Davies has been Mrs Hazelton’s team leader at the council for the past 12 years, but the two first met about 40 years ago at the Royal Children’s Hospital.

She said clients often asked to see “the old one” – meaning Mrs Hazelton – which they both saw the humour in.

“A lot of young mums see her as a mother figure … they want somebody that’s going to care and nurture them throughout this experience,” she said.

On Wednesday, Leanne Gatt was the last mother to sit with Mrs Hazelton and have her worries about her two-month-old baby, a boy named Darcey, eased.

Ms Gatt described her as someone she could lean on and open up to.