Lavish lifestyles of the housing fat cats: After tragic case of toddler in mouldy flat, meet the bosses who are earning huge salaries while renters are stuck in squalid homes

Housing chiefs are being paid fat cat salaries while tenants live in squalor, an investigation has found.

Some bosses of the biggest housing associations are even paid three times as much as the Prime Minister.

All the companies have been slammed by tenants or by the Housing Ombudsman for failing to deal with problems such as mould and vermin. Last week a coroner said the tragic case of two-year-old Awaab Ishak, who died after he was exposed to mould in his family’s housing association flat, should be a ‘defining moment’.

Gareth Swarbrick, the £185,000-a-year boss of Rochdale Boroughwide Housing, initially failed to resign over the tragedy but was sacked on Saturday.

In another shocking case a victim of domestic violence was left homeless during the pandemic, leading to a rare finding of severe maladministration against Anchor. The housing ombudsman ruled there were ‘serious failings’. 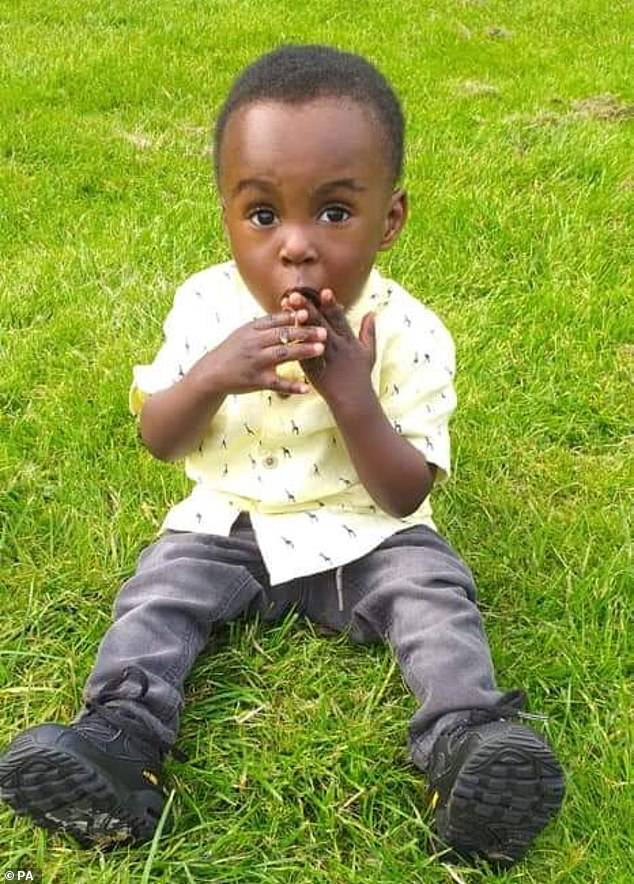 In another case in March the ombudsman found against Anchor after it dismissed a vulnerable tenant’s concerns about a rat infestation. Both cases happened on the watch of Jane Ashcroft, who earned £592,000 until she took early retirement at the age of 56. She lives in a £1.5million detached home in Warwickshire.

In another case, a tenant of Metropolitan Thames Valley Housing suffered a damp-related infestation of silverfish, a cockroach-like insect. The family had to move out and the ombudsman again ruled there was severe maladministration. It was a far cry from the lavish lifestyle led by the housing association’s chief executive Geeta Nanda, who is paid £283,815.

Social media shows her on trips to the French Riviera, to Portugal, and to Sydney in Australia.

Craig Moule, who has been chief executive of Sanctuary since January 2019, has a mammoth pay packet of £402,000 per year – well over double the Prime Minister’s salary. He received the generous payout despite his firm being named and shamed by the ombudsman as one of the worst companies for mould and damp in 2021. The investigatory service found against it in six separate cases.

Jade and Tyrone Sullivan and their three children said they were left ‘living in hell’ due to mould and bed bugs at the London home they rent from Sanctuary. Mr Sullivan says he needed medical treatment for a chest infection, which he blamed on the mould, and he claimed their children had scars caused by bites.

In response Sanctuary said that it was committed to resolving the issues as soon as possible, and had arranged for weekly treatments by a specialist pest control firm. A2Dominion paid its chief executive Darrell Mercer £299,000, despite him overseeing the worst-performing housing association for mould, according to a 2021 ombudsman’s report. The complaints service found against the firm on 11 separate occasions.

Another housing association, Places for People, was also cited for damp and mould.

The dispute service, reporting in February this year, found that the housing association had blamed a resident for the damp, and his wife had to move out to protect her health. By contrast its chief executive, American-born former banker Greg Reed, earnt £214,000 for four months of work between joining in December and the end of March 2022. 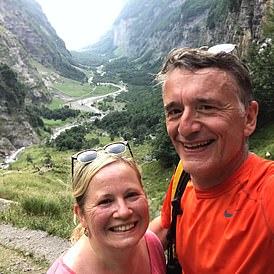 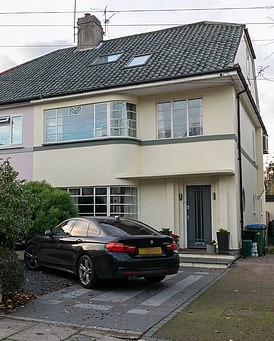 Ian McDermott landed the top job at the Peabody housing association – and a salary of £21,000 a month – in October last year.

He and his wife Amanda live in a £1.5million house in a leafy west London suburb.

Some Peabody tenants have complained of living in different conditions, however. Last January, Louise Harvey, 26, said her young children had been put on medication due to mould at their Peabody flat in Erith, south-east London. She said: ‘I desperately needed help but felt abandoned by Peabody.’

Peabody told a local paper it was ‘sorry about the ongoing issues’.

In July, Sara Kardama, 36, said she had been rushed to hospital while 13 weeks pregnant with breathing difficulties – problems she blamed on mould at her Peabody flat in Pimlico, central London.

The housing association said it was trying to find her another home but there was an ‘acute shortage’.

Social media photos show him drinking champagne with his wife, while holidays have taken his family to Thailand and New Zealand, where he and his three children took a helicopter trip up a glacier.

Campaigners reacted angrily last night. Social Housing Action said it was contacted by hundreds of ‘desperate’ tenants every month and that high executive salaries were a symptom of a ‘failing system’.

Bob Blackman, Tory MP for Harrow East and a member of the Commons housing committee, said: ‘I’ve got nothing against paying people well, but this isn’t the private sector, their job is to provide decent social housing for vulnerable people. Unfortunately, some tenants are living in dreadful conditions, and these enormous salaries for chief executives just don’t seem justified.’

The Government has pledged to clamp down on rogue landlords through the social housing bill, which will become law in 2023.

The changes will subject landlords to ‘Ofsted-style’ inspections and a regulator will have the power to carry out emergency work on homes at the owner’s expense.

The housing associations defended the large salaries last night. L&Q said it was a £39billion business with plans to build 3,000 homes a year, adding: ‘To ensure that we can achieve these important ambitions it is essential that the right leadership is in place.’

MTVH said it accepted the ombudsman’s finding on the silverfish infestation and had apologised to the family. It said pay was in line with an annual turnover of more than £400million.

Anchor said it had apologised in the domestic violence case and implemented the ombudsman’s recommendations.

A2Dominion said it took the issues of damp and mould ‘very seriously’ and had created a dedicated taskforce to address the issues raised by the watchdog.

Places for People said: ‘We’re doing our very best to help our customers through the current challenges as well as, of course, keep them safe and warm in their homes, and we are constantly striving to do more.’

Sanctuary did not respond to a request for comment.

Housing Secretary Michael Gove has written to every social housing provider telling them to ‘raise the bar dramatically’ and ‘empower tenants’ to ensure ‘their voices are truly heard’.

‘It’s one symptom of a social housing sector that is broken. We’re calling on the Government to rein in executive pay, make tenant representatives compulsory on remuneration committees, and properly fund social housing so that tenants’ properties are fit to a high standard.

‘Furthermore, we are calling for an expansion of social housing as the solution that the housing crisis needs.’ Labour MP Clive Betts said: ‘Some of the salaries are eye-watering.’ 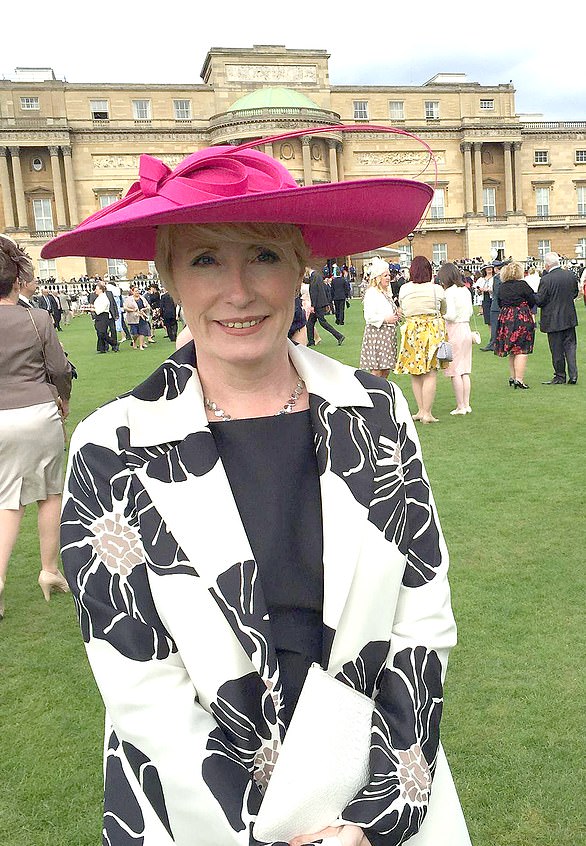 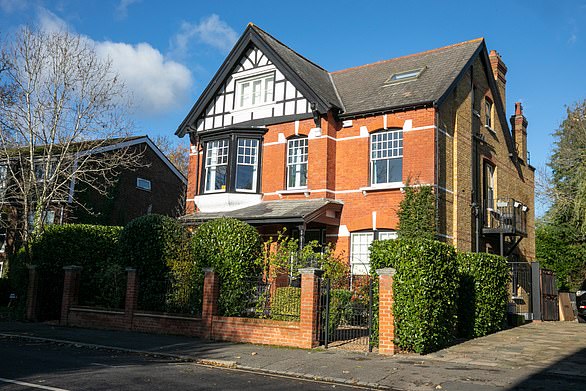 She splashed out £1.5million on a seven-bedroom Victorian villa in south London

L&Q pays its chief executive £340,790 a year despite tenants complaining of squalid conditions and reports criticising a litany of failings at the trust.

Fiona Fletcher-Smith was handed the top job in January 2021 and later that year splashed out £1.5million on a seven-bedroom Victorian villa in south London.

By contrast, Annika Matthias, 44, who lives in a two-bedroom flat in a block owned by L&Q in south-west London with her three children, has been battling for months to get help with mould spreading through the hallway.

‘When I get back from work, you can see the black spots have spread even further,’ she said yesterday. ‘It’s disgusting.’

Earlier this month her GP wrote a letter saying she believed the property’s ‘severe mould problem’ was now ‘critical’ for both the mental and physical health of Miss Matthias and her children.

But despite forwarding the note to L&Q staff, the part-time child support worker, who is paying £400 a month to house herself and children Kyanna, 22, Teja, 17, and Kahmall, eight, says she feels ignored.

Miss Fletcher-Smith said the firm took its ‘responsibilities to residents seriously’ and had a programme to tackle ‘the root causes of damp and mould’.