PRINCE Harry and Meghan Markle have been slammed for not naming UK charities in their post on the devastating Afghanistan crisis.

The Duke and Duchess of Sussex were blasted for "preaching" about the "international community" before only listing support for those in the US under "mental health resources". 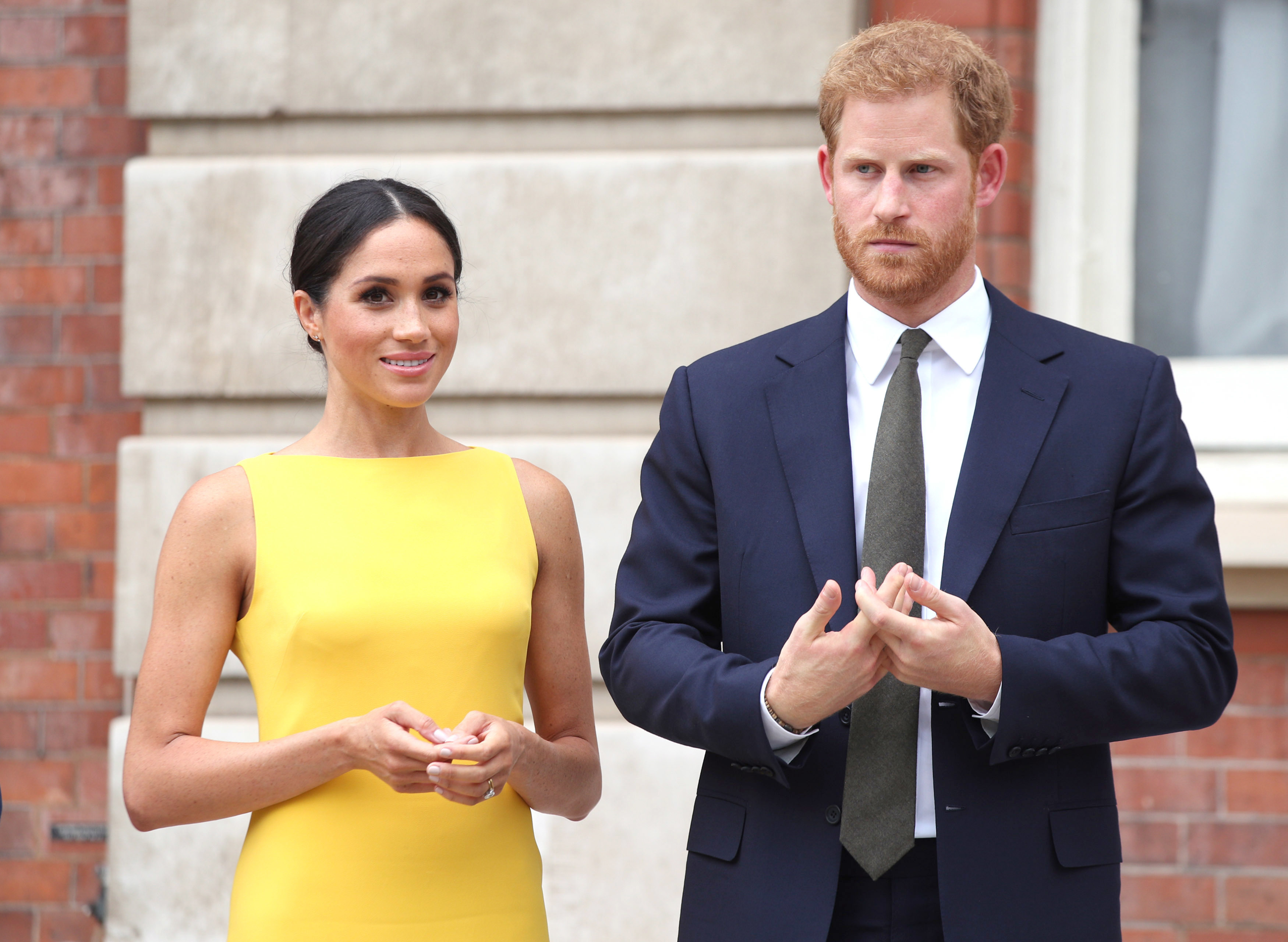 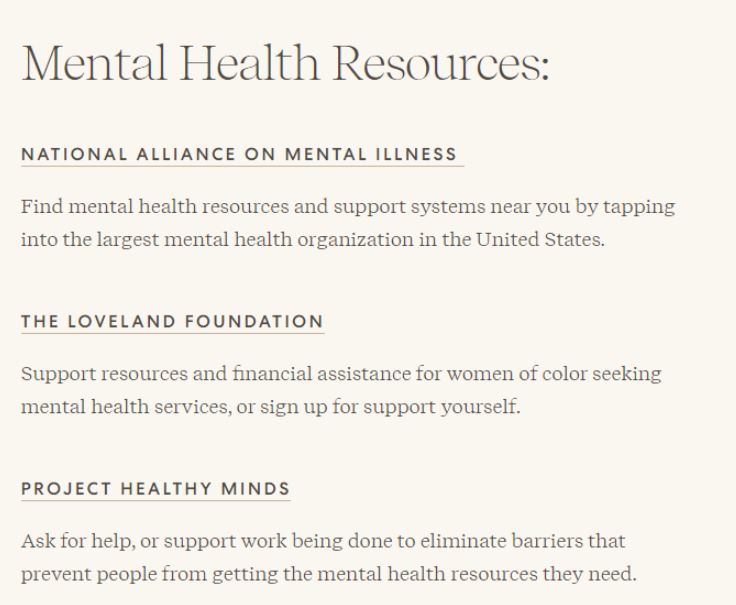 Charities the couple ignored included Harry's own Head's Together project, which the prince launched alongside his brother William and sister-in-law Kate Middleton when he was a working royal.

They also failed to mention mental health support charity Shout, which the Sussexes and Cambridges set up together.

Royal fans were quick to blast Harry and Meghan for the omissions after yesterday's statement saw the royal couple say the "international community" must "alleviate suffering" to prove "our humanity".

One commentator wrote on Twitter: "Interesting that they did not include any UK or international mental health services.

"The three organisations are all US based and have a lot of resources that are only available to US residences."

The Twitter user – who goes by the name Gert's Royals – added: "To clarify: Archewell weren’t asking people to donate to these three mental health organisations. 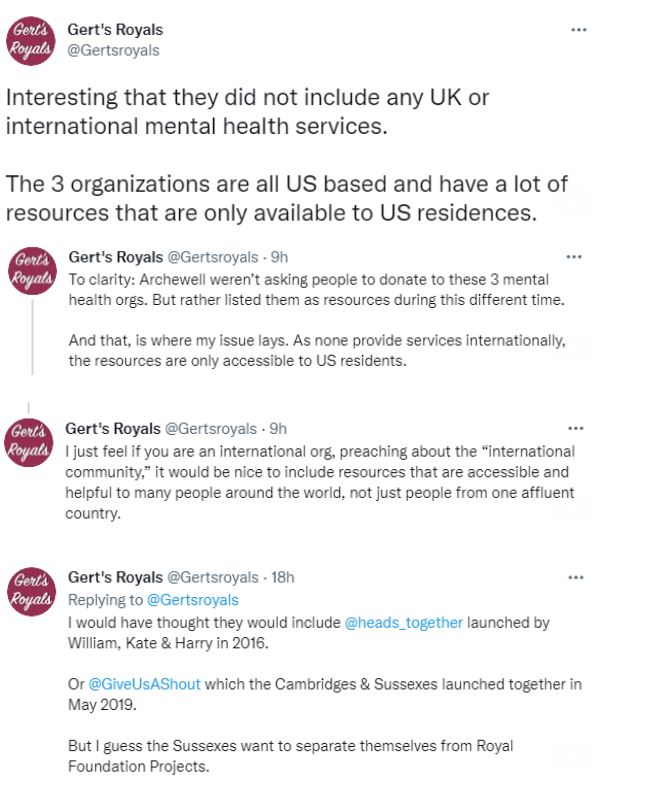 "But rather listed them as resources during this different time. And that, is where my issue lays.

"As none provide services internationally, the resources are only accessible to US residents."

Their stinging criticism continued: "I just feel if you are an international organisation, preaching about the 'international community,' it would be nice to include resources that are accessible and helpful to many people around the world, not just people from one affluent country."

In yesterday's statement, Meghan and Harry said they have been left "speechless" at the Taliban takeover.

The couple – using their Duke and Duchess of Sussex titles – wrote: "As we all feel the many layers of pain due to the situation in Afghanistan, we are left speechless.

"As we all watch the growing humanitarian disaster in Haiti, and the threat of it worsening after last weekend's earthquake, we are left heartbroken.

"And as we all witness the continuing global health crisis, exacerbated by new variants and constant misinformation, we are left scared.

"When any person or community suffers, a piece of each of us does so with them, whether we realize it or not. And though we are not meant to live in a state of suffering, we, as a people, are being conditioned to accept it.

"It's easy to find ourselves feeling powerless, but we can put our values into action – together."

The couple added: "As an international community, it is the decision we make now – to alleviate suffering among those we know and those we may never meet – that will prove our humanity."

The statement was blasted by critics, with author Angela Levin dubbing it "all posturing".

Angela – who wrote Harry: Conversations with the Prince – told the Sun: “Who do they think they are? [They think] we need them to help us and guide us and support us and nurture us – we don’t. We don’t need anything from them whatsoever.

“The ‘layers of pain’, it’s all much too woke for me. As if we are all small children and now they are going to look after us. But if you compare these soft doughy-eyed comments to what they do to their own family it makes no sense whatsoever.

“There’s no structure it’s all sort of whispy fluff. Are they going to give any money? We don’t know.

“It’s like throwing seeds on hard ground there’s nothing straight forward about it it’s all posturing."

She said the couple were trying "to be superior to us" and blasted them as "grandiose and patronising". 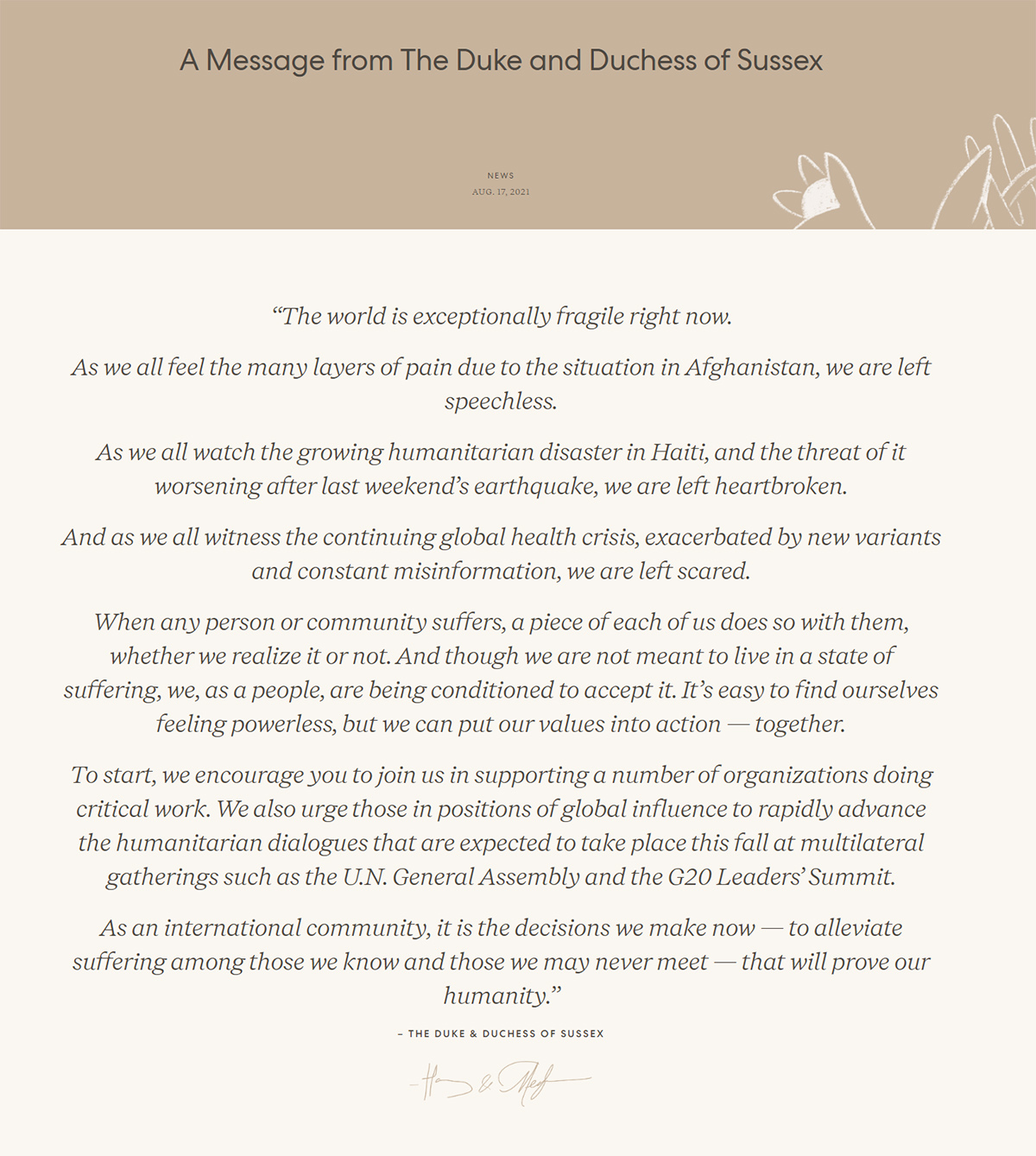